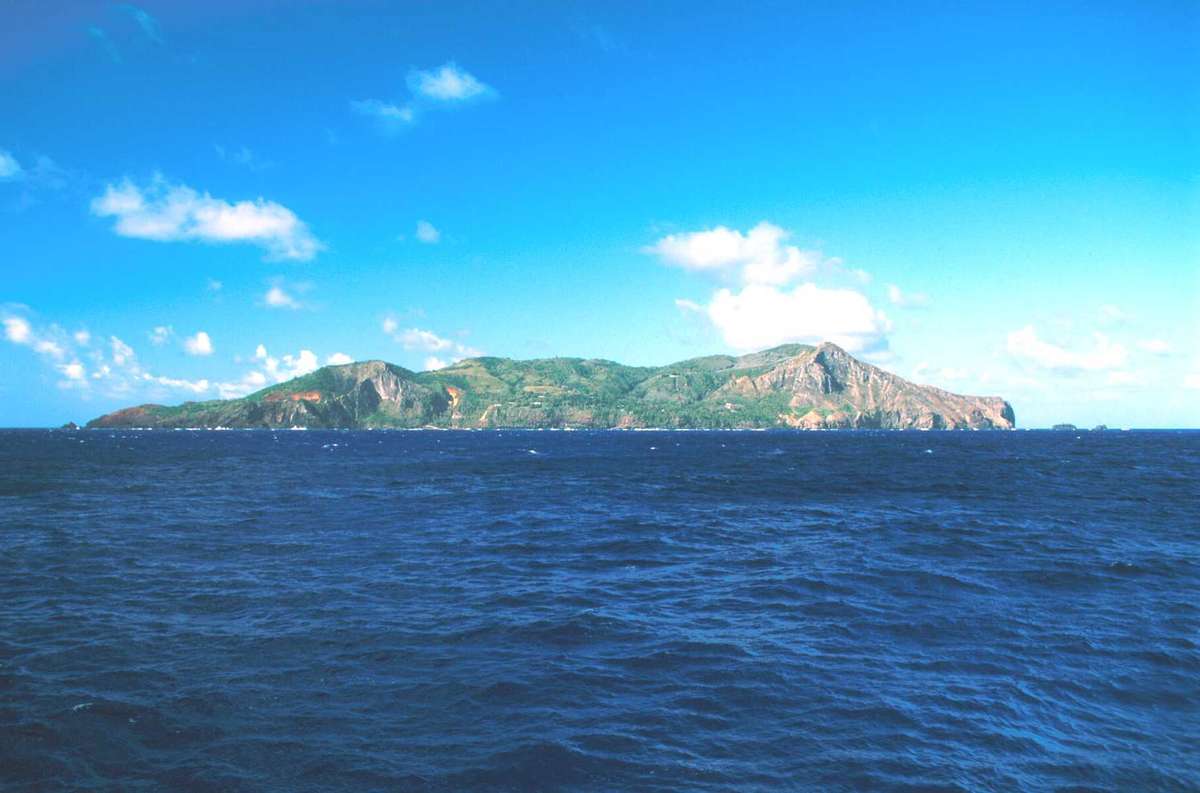 The Bounty mutineers and their descendants on Pitcairn Island

Pitcairn is a small volcanic island rising abruptly out of the deep waters of the eastern South Pacific Ocean. The nearest inhabited centres are Easter Island 1,770 km to the east, and the Gambier Islands 480 km to the northwest.  The island is cliff-bound and open to full ocean swell, limiting access to the island to small boats capable of negotiating the surf.  There is no safe anchorage and little flat land, indeed the island lacks almost every convenience conducive to settlement.

But in January 1790 a small British naval vessel arrived at Pitcairn carrying 28 people aboard – His Majesty’s Armed Vessel Bounty. A Narrative of the Mutiny on Board His Majesty's Ship the BOUNTY, by William Bligh. ANMM Collection 00004425

Until a successful mutiny in April 1789, the Bounty had been employed in an ambitious expedition to collect breadfruit in Tahiti for transport to British plantations in the West Indies. While individuals in the Pitcairn landing group represent a variety of geographic regions, rank and skills, the group can be broadly described having consisted of nine Europeans and 19 Polynesians (15 males and 13 females).

Since the mutiny, the mutineers had suffered a number of reversals culminating in a split between those who wished to settle at Tahiti, and those who, along with Fletcher Christian, chose to remain with the ship and search for a place secluded from the eyes of the world.

Pitcairn Island served this purpose particularly well: The geographic isolation of Pitcairn and isolating features of its physical environment provided natural obstacles to detection.  This isolation was further secured by an error in the charted location of the island.

Within days of arriving at the uninhabited island, the mutineers and their Polynesian companions had moved ashore and destroyed the ship. Whatever regret may have been felt, the destruction of the vessel removed all chance of leaving the island, and the isolation which protected the mutineers now became a principal factor shaping the development of the small community.

That isolation remained complete until 1808 when an American sealing vessel, the Topaz under Captain Mayhew Folger, chanced upon the island.

Folger was surprised to find that the natives spoke English but had apparently never seen a ship before. Listening to the men who paddled out to the ship, Folger realised he had solved the mystery surrounding the fate of Fletcher Christian and the Bounty mutineers.

Only one mutineer, John Adams, remained alive, along with several Polynesian women from the original group, and a large number of children.

You can read Folger’s account of his Pitcairn encounters online here. This is a first-hand account of the settlement on Pitcairn Island whilst one member of the Bounty’s crew, John Adams, was still alive. It gives a very sympathetic account of the inhabitants and settlement there and Shillibeer provides a detailed description of both the actual village and confirms that no one, with the exception of Adams who was reminiscing about England, wanted to leave with the Briton. ANMM Collection 000006005.

Survival against the odds?

Even today, the descendants of the mutineers continue to live on Pitcairn. The survival of the mutineer and descendant settlement for more than two centuries must be considered an unlikely success in the face of considerable obstacles.

All accounts of the mutiny aboard the Bounty describe an event which was barely meditated and essentially initiated on the spur of the moment.

The only attempt to form a settlement prior to arrival at Pitcairn was abandoned within four months (Tubuai), and the Polynesians who came to Pitcairn aboard Bounty were largely there by chance.

None of the steps leading to the settlement at Pitcairn indicate any particular plan beyond locating a suitable place, and within ten years of arrival, all but two of the male population had died violently.

Which begs the question: How did the settlement manage to survive?

Discover more about the infamous William Bligh in our exhibition Bligh: Hero or Villain? Coming to the museum in July 2019.