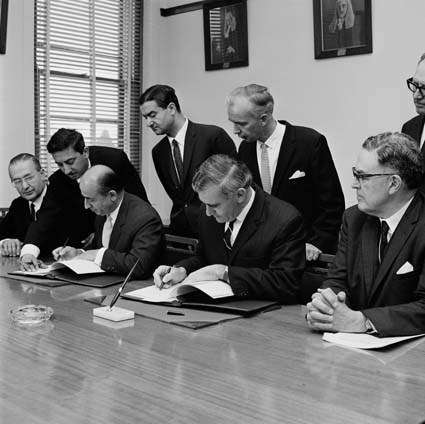 Fifty years ago today, on 5 October 1967, the Australian and Turkish governments signed a bilateral agreement to provide assisted passage to Turkish migrants, to help build Australia’s population and expand the workforce. The Australia-Turkey Migration Agreement – Australia’s inaugural agreement with a nation beyond Western Europe – enabled the first major Muslim community to settle in the country. This represented a significant step in the gradual dismantling of the White Australia policy.

Around 19,000 assisted Turkish migrants arrived in Australia between 1968 and 1974. Many, like couple Halit and Şükran Adasal, came with the intention of working hard and saving enough money to return to Turkey. But within three years of their arrival, Şükran had given birth to two daughters, Hale and Funda, and Australia became the family’s home. Hale registered Halit and Şükran Adasal on the museum’s Welcome Wall to honour ‘my parents who left all that they knew for a better life with hope and courage. Their migration planted the seeds of their family roots in Australia for future generations of our family.’

Şükran grew up in Küçük Çamizağli Köy (meaning ‘small water buffalo village’), in the agricultural province of Adana in southern Anatolia. Halit often noticed Şükran passing by his Çeyhan repair shop on her way to meet friends after school, and eventually he caught her eye. Over the next few months, Halit and Şükran conducted their courtship through letter writing, using Halit’s shop assistant Ahmet as their middleman. In 1966, when Halit received his conscription notice, the young couple married at the Adana local government office with the consent of their mothers. 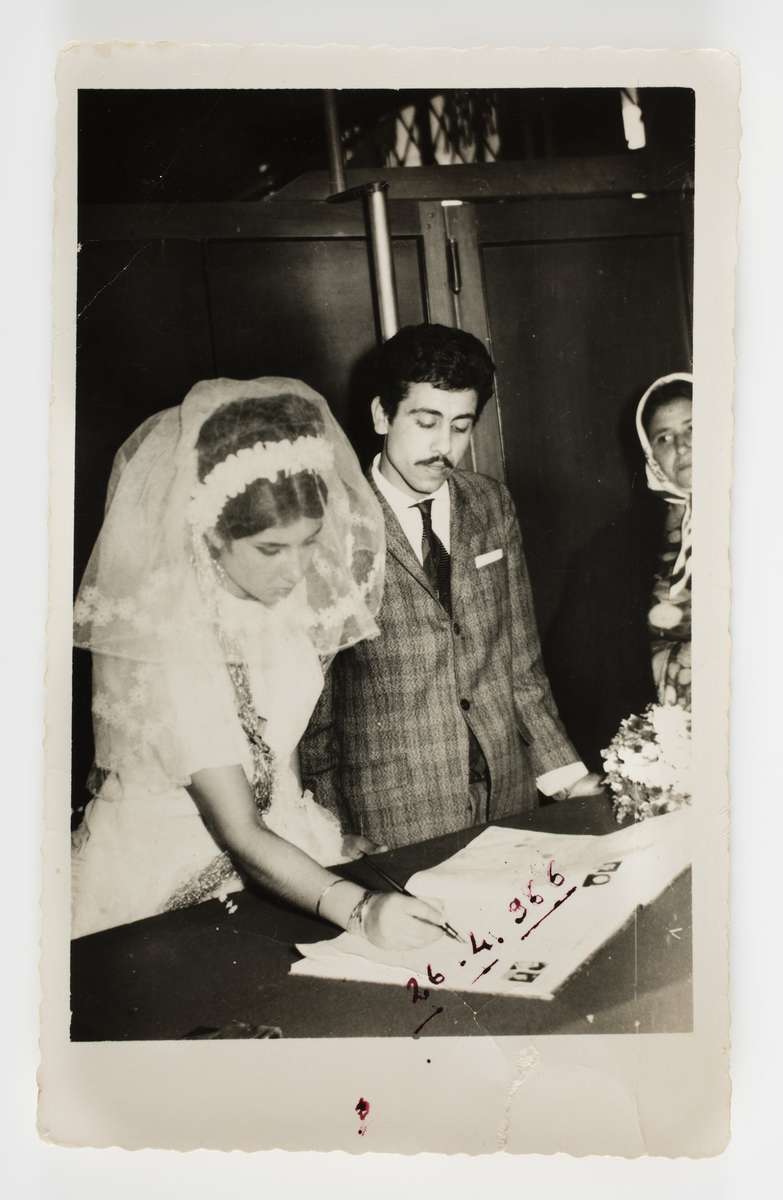 In 1968 Halit came across an advertisement in the Çeyhan Weekly that read, ‘Australia would like to offer second citizenship to Young Turks.’ Having concluded his military service, Halit saw few opportunities remaining for him in Turkey. Migration to Australia would provide Halit with a chance to assume ownership of his destiny, while Şükran, who had never left Adana, considered it as the adventure of a lifetime.

Halit and Şükran submitted their application and within three months they were on their way to Australia, with just one suitcase and US$20 between them. Their journey began in early 1969 with a winding bus ride through the mountainous Anatolian countryside to the Turkish capital, Ankara. There they boarded a Qantas flight bound for Melbourne. While Halit barely ate any food on board, Şükran enjoyed the breakfast of sausage, poached eggs and a hash brown, and was amused by the small portions of food separated into compartments. 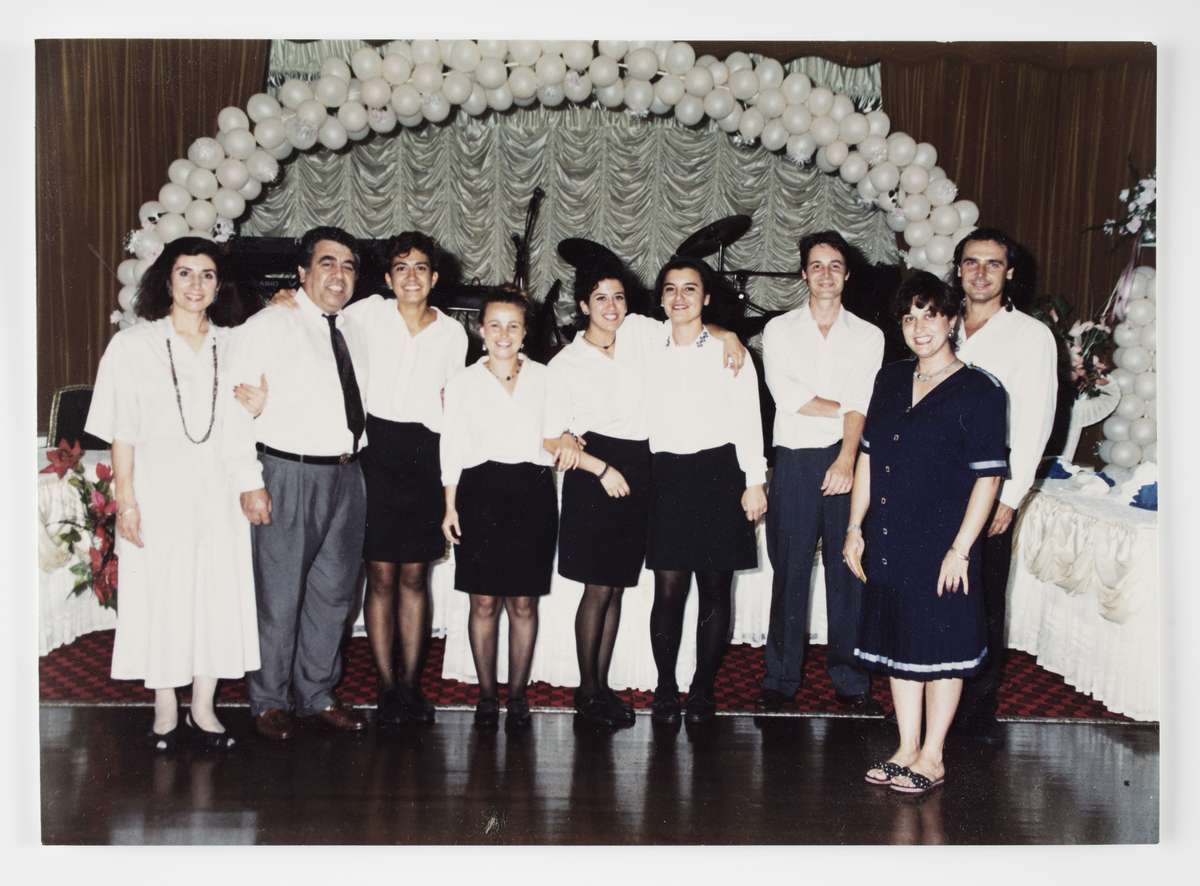 The Adasal family with staff at their Bosphorus Function Centre in Auburn, 1990s. Şükran, Halit and Hale are at far left, with Funda in the centre. Reproduced courtesy Hale Adasal.

After a stay at the Broadmeadows immigration centre in Melbourne’s north, the family moved to Collingwood and then to Sydney. In the early 1990s the Adasal family opened the first Turkish function centre in Australia, the Bosphorus Function Centre, in the western Sydney suburb of Auburn. Named after the waterway and bridge that connects Europe and Asia, Bosphorus fittingly catered for all types of events and weddings, from Turkish to Asian and European. Following more than a decade managing Bosphorus, they moved on to operate a number of smaller Turkish restaurants in Auburn and then the Central Coast region of New South Wales. 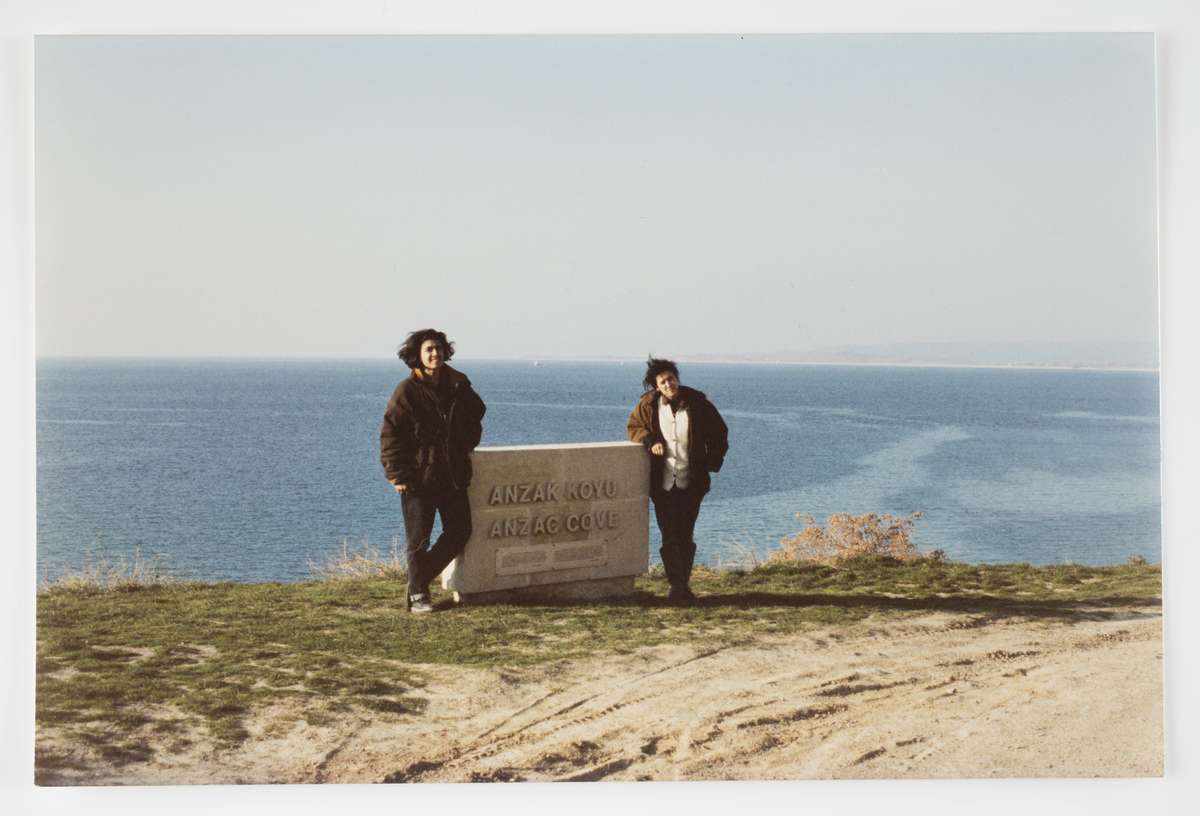 In 1989 sisters Hale and Funda made their first trip to their motherland with their parents, to meet with their large extended family. Hale was 19 years old – the same age as her mother Şükran when she migrated to Australia in 1969. Hale remembers visiting Anzac Cove on the Gallipoli peninsula, and the conflicting emotions she felt for the young lives lost on both the Australian and Turkish sides. She was deeply moved by the memorial dedicated to all the foreign soldiers who died at Gallipoli, inscribed with the famous words attributed to Atatürk in 1934:

Those heroes that shed their blood and lost their lives … You are now lying in the soil of a friendly country. Therefore rest in peace. There is no difference between the Johnnies and the Mehmets to us where they lie side by side here in this country of ours … You, the mothers, who sent their sons from far away countries wipe away your tears; your sons are now lying in our bosom and are in peace. After having lost their lives on this land they have become our sons as well.

Hale recalls how ‘the plaque meant more to me because I was an Australian-Turk,’ and she reflects on the mutual spirit of friendship and peace that also allows her great-grandfather, Mehmet Atlas, to be remembered on Anzac Day in the so-called enemy’s country that she and her family now call home.