The museum is very pleased to announce the 2017-2018 awards made of grants and internships through the Maritime Museums of Australia Project Support Scheme (MMAPSS), supporting not-for-profit organisations to care for Australia’s maritime heritage. MMAPSS has been offering support since 1995, awarding over $1.6M to support over 395 projects. Internships have been awarded since 2000, with over 50 internships awarded since that time.

This year the maximum amount able to be awarded per grant increased from $10,000 to $15,000. Applicants were able to seek support for grants of up to $15,000 each. This is a huge boost for regional not for profit organisations that are often volunteer run and in real need of support for the objects and collections in their care.

The museum congratulates the successful applicants and organisations, and wishes them all the very best in seeing their projects through.

The types of projects that MMAPSS focuses on are in the areas of collection management, conservation, presentation, education and museological training, like the following examples.

Congratulations to Lake Macquarie City Council, awarded $13,000 for their project: Repackaging the Past: Lake Macquarie Maritime History Project. Support for this project will enable interpretive research and for the construction and placement of signage that details the significant maritime heritage of Lake Macquarie. This funding will be used to engage a suitably qualified Museum Historian / Curator to undertake research and develop interpretive text to be included on the Lake Macquarie foreshore promenade. We are proud to support this project’s objectives to collaborate with Lake Macquarie historical societies, heritage volunteer groups and cultural heritage custodians to implement a meaningful and active heritage interpretation program to raise the profile and engagement of the region’s unique maritime heritage. 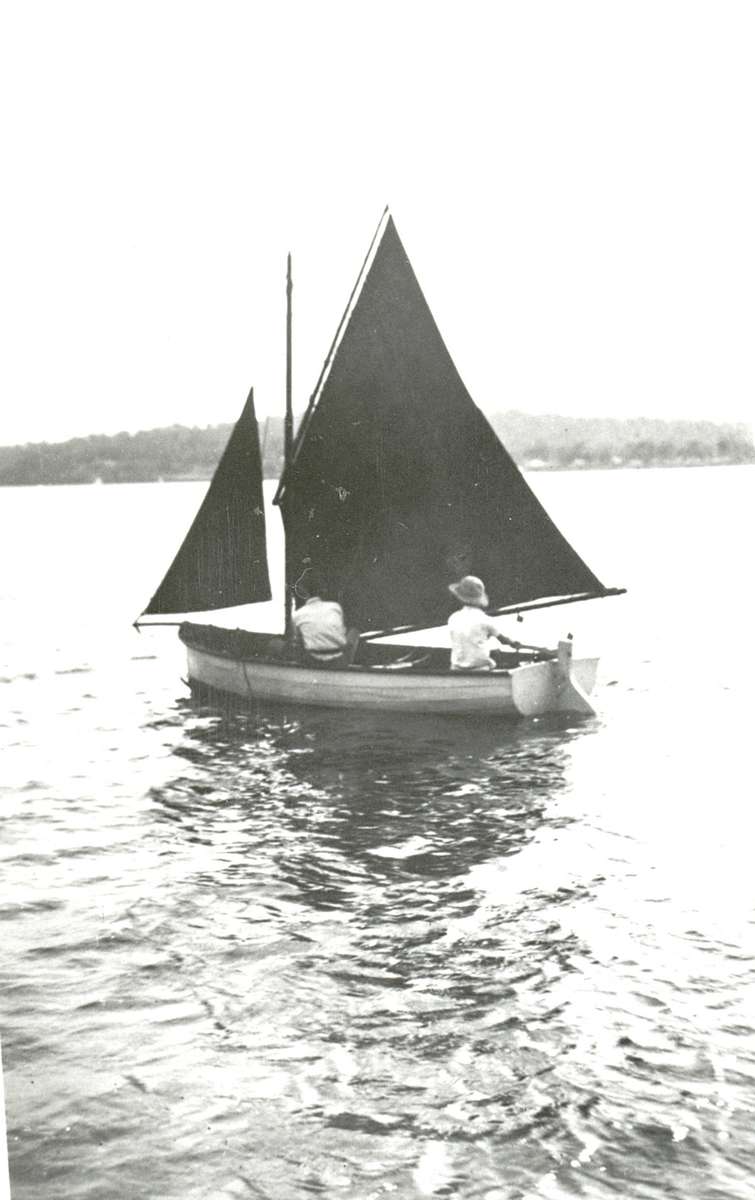 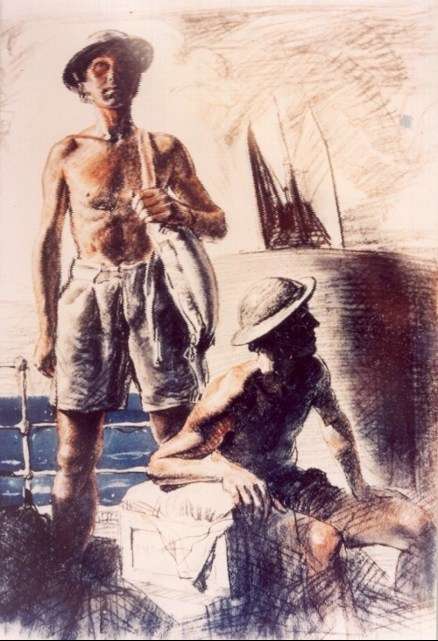 Congratulations also goes to Camperdown Cemetery Trust, awarded $15,000 for their project Essential conservation works to the Ship’s anchor within the Dunbar Tomb and Precinct.   The Dunbar tomb and precinct is a mass grave memorial for the victims of the Dunbar shipwreck, a tragedy of great maritime significance.

The Dunbar memorial tells a very sad story and is a significant part of Australia’s maritime heritage because of the historical importance of the wrecking of the Dunbar and its impact on the developing Sydney colony. It remained Australia’s largest loss of civilian life in peacetime from 1857 until the Black Saturday fires in Victoria in 2009, with 121 lost, having a devastating effect on the relatively small colony. The funeral procession took an entire day, with approximately 20,000 people attending. The proposed conservation works that MMAPSS is supporting are planned in time for a 160th memorial service.

We also congratulate the Townsville Maritime Museum, who were awarded $5,000 towards their project Professional support of the development of vessel management plan and vessel interpretation plan/program for HMAS Townsville (II). The HMAS Townsville, a Fremantle-Class patrol boat with her crest ‘Bold and Ready’, is currently located at her namesake, the Port of Townsville, where she is undergoing preservation treatment. Until a decision is made about her final berthing and display arrangements, this project is planned to ensure ongoing vessel conservation management and also to prepare the vessel for public display. 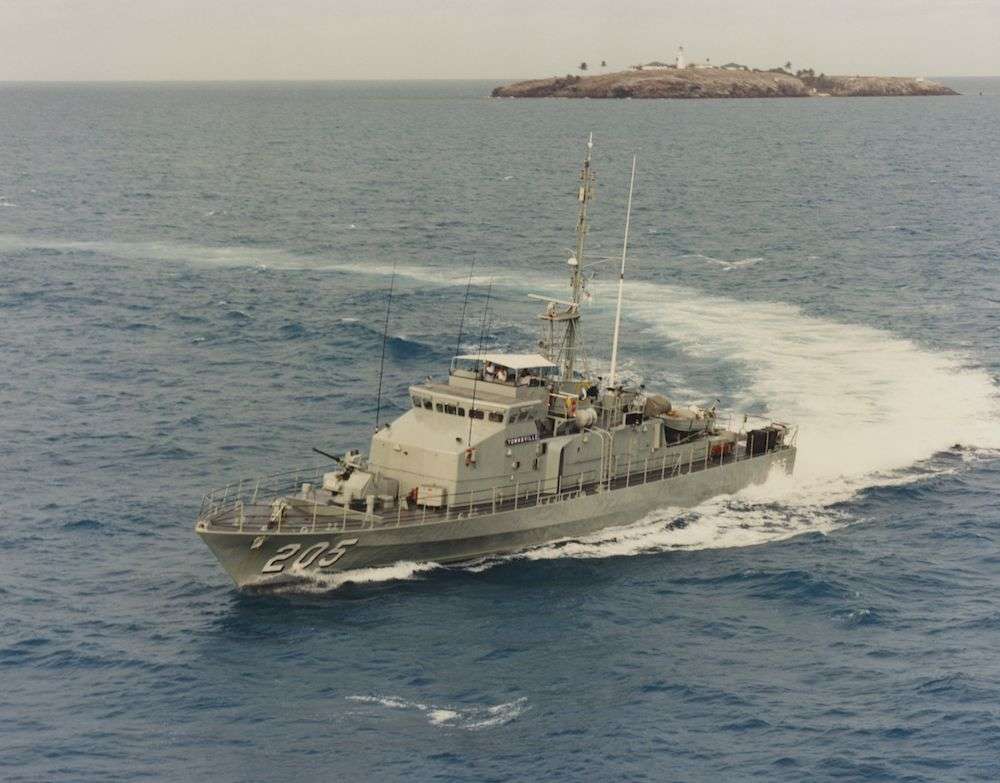 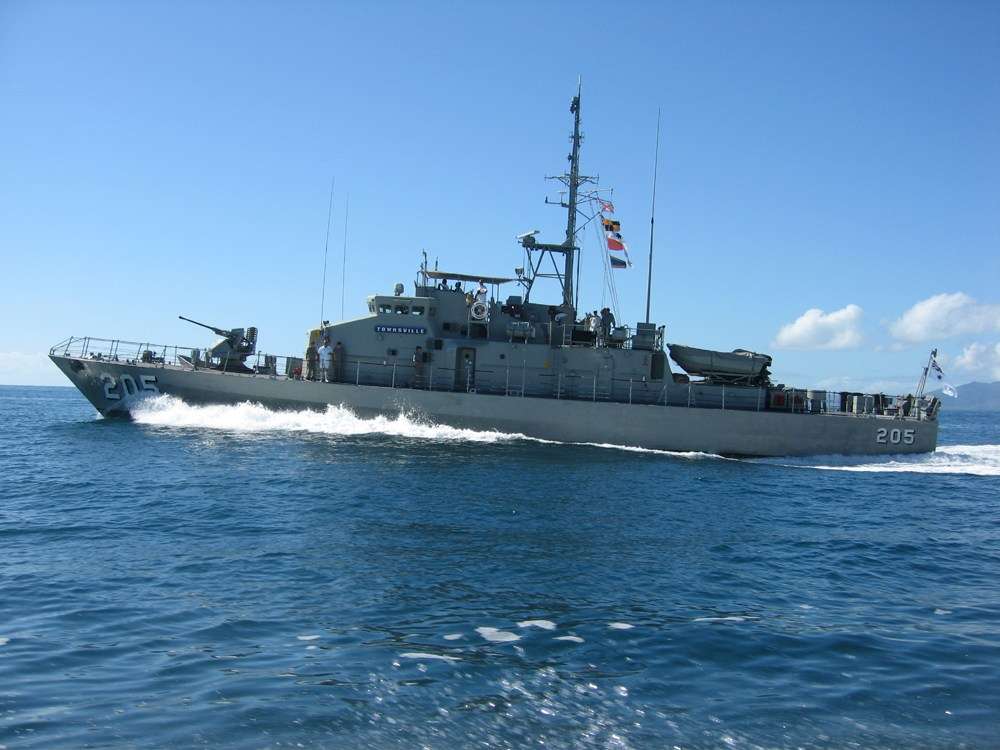 Internships at the Museum and Beyond

The largest number of internships have been awarded this year, seven in total. Six of these will be hosted here at the museum and one will head to the Queensland Maritime Museum. Six states are represented with interns coming from, Western Australia, Tasmania, Victoria, Norfolk Island, New South Wales and Queensland.

Congratulations to all the interns! Representing Tasmania, Rachel Chemser, is an active volunteer and member of the Friends of Tasman Island – Wildcare Inc. Rachel was keen to participate and observe the museum’s education and visitor programs, design and marketing with the aim of setting up a travelling exhibition for Tasman Island to promote the cultural heritage and the natural wonders of the island. Rachel aims to further connections with the museum, which houses Tasman Island’s original lantern lens, and display information in the Tasmanian Maritime Museum about Tasman Island and a range of other venues around the state or Australia. 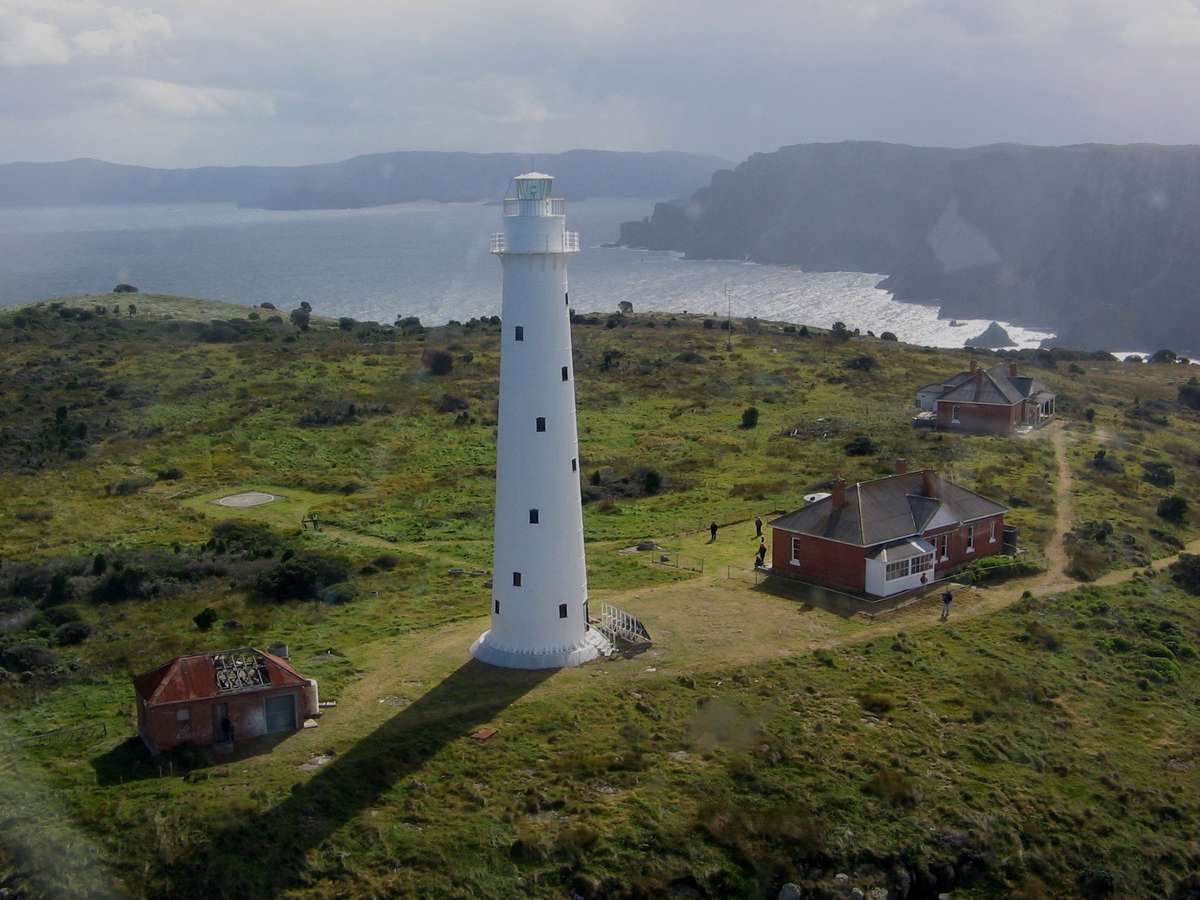 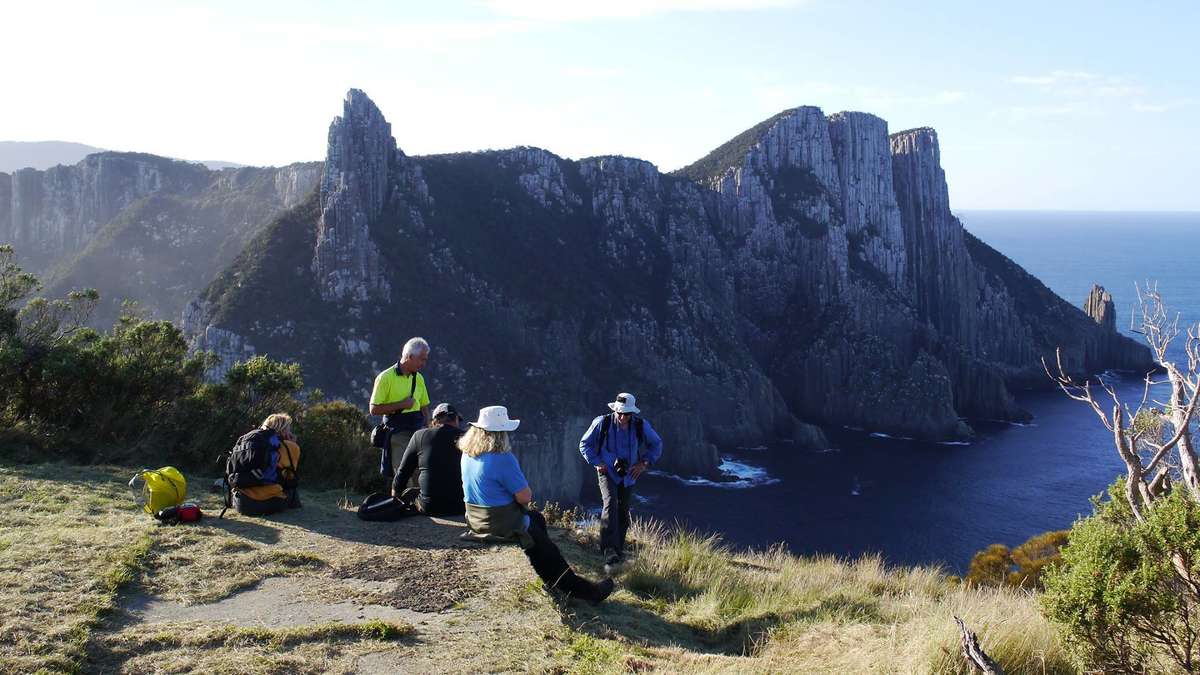 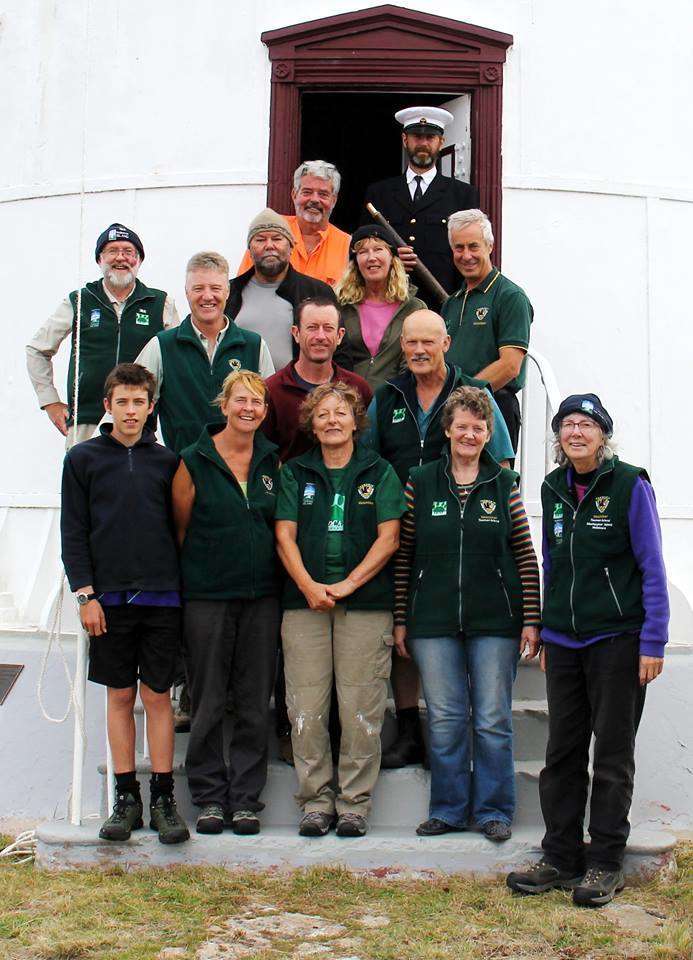 Friends of Tasman Island Wildcare. This group photo was taken on their last working bee (Easter 2017), on steps of the lighthouse . MMAPSS intern Rachel Chesmer is in the front row, second from the left. Image: Erika Shankley.

If you are interested in applying to MMAPSS or if you would like to find out if your organisation is eligible to apply visit the MMAPSS page on our website or call the MMAPSS Coordinator on 02 9298 3743.

View all posts by Sharon Babbage→
Posted in: Maritime Archaeology