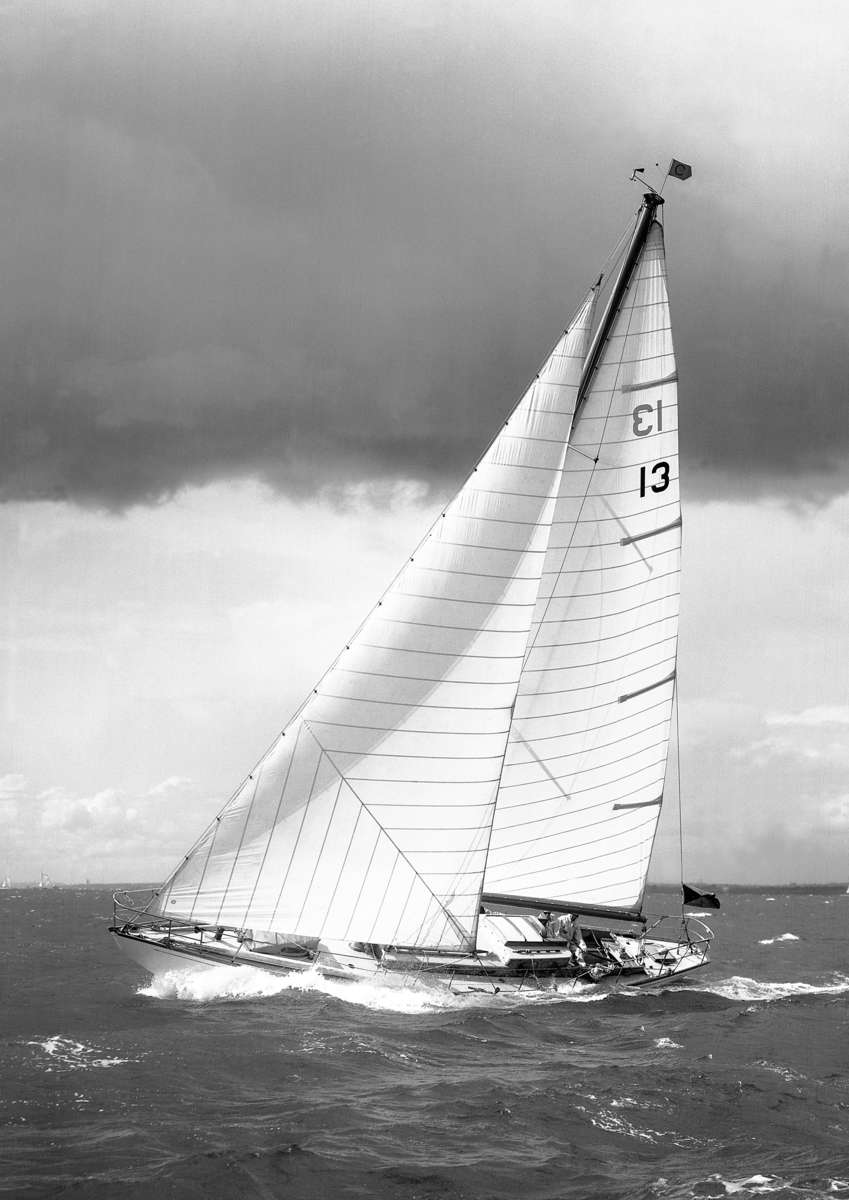 When Australian yachting made history fifty years ago early in August 1967 by winning the Admiral’s Cup event sailed in UK waters, then recognized as the unofficial world championship for ocean racing, it was one of those dominant sporting wins that stands out as a blueprint of how to achieve success.

Australia had a plan – and one of the first steps was building on the past. It was only the second time an Australian team had entered the event, which, up to then, had been dominated by yachts from the UK and USA. However, as described in the first part of this story, Australia had shocked everyone in 1965 by coming second, and their yacht Caprice of Huon had won two of the four races. The post-race write-ups noted how well Australia had sailed as a team, and how well led the crews were.

The team managers and those involved in the Australian challenge also recognised this. They assessed their strengths and how to maintain them – especially while dealing with their team’s weaknesses with plans to bring them up to standard.

One weakness was being unfamiliar with the conditions, and whilst one series brought a huge amount of experience, the navigators knew they had more work to do. A key to the final success in 1967 was the cooperation between the three navigators: Bill Fesq, Richard Hammond and Stan Darling. They met regularly, studied all the available information and went to the University of Southampton after arriving in the UK to examine a working model of the Solent where the two short races were contested.

Another weakness had been the yachts: Although surprisingly the yachts were competitive in 1965, they were old by the standards of the event. Stepping up to the next level would be an advantage, as the other teams and their yachts were always going to improve as well. Caprice of Huon, despite now being 15 years old, was still a force to be reckoned with. Its previous record was evidence that it was up to the task and the crew were tempered with experience from the 1965 series. The trials brought two new boats that were pivotal to the 1967 success: Balandra and Mercedes III. The Balandra was the sister ship of Quiver IV, the best UK boat from 1965. It built and fitted out to an immaculate high standard by Muirs in Hobart, but in the end, the secret weapon was an unknown new lighter weight yacht, designed by Bob Miller to its owner’s requirements, engineer Ted Kaufmann. Mercedes III was cold moulded by Cec Quilkey – and it survived a serious mishap before it was even launched, coming off the truck transporting it from the shed to Botany Bay. Once tuned up, Mercedes III dominated the Australian selection trials.

This was the team, not three individual yachts. The team was hardened by the spirited selection trials and then the further shipping complications in trying to get to Cowes. They respected each other and knew they could rely on each other as they prepared as one following their eventual arrival in the UK. 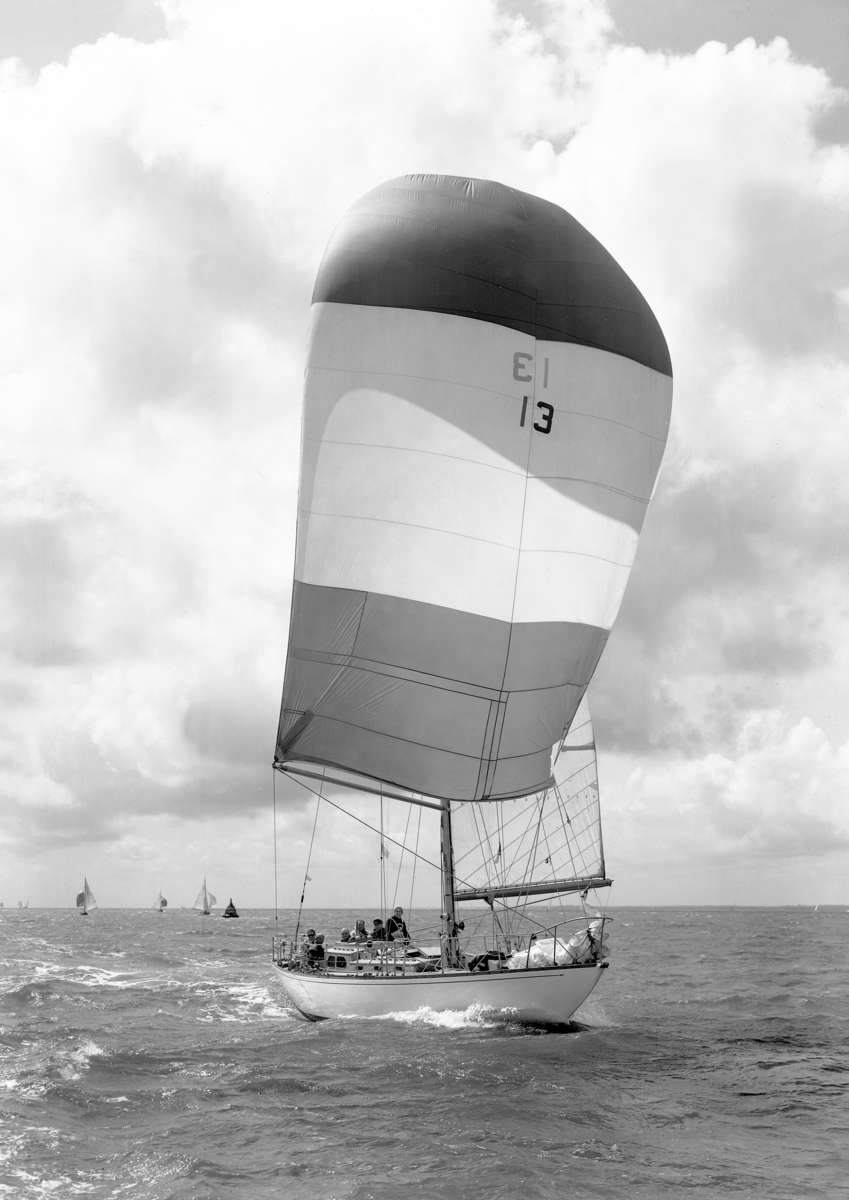 It began on July 28, and many thought the American team of Figaro IV, Thunderbird and Rabbit II were the favourites. They brought with them that Yankee confidence, built on an impressive US racing record as individual yachts. The British had a fine trio of up-to-date yachts, Noryema, Firebrand and Prospect of Whitby, with an experienced crew that were sailing in their home waters. Meanwhile, the French put it all out there, as they do in the design field, with the black hull, clipper bowed, wishbone schooner rigged Pen Duick III sailed by Eric Tabarly.

The first race, the Channel Race, was an overnight affair starting at Cowes going up the Channel to the Royal Sovereign Lightship, across to a mark off Le Havre in France then back to Cowes. Australia stamped their authority from the beginning, Mercedes and Caprice were 1st and 2nd in their class, Balanda third in hers, while the US Figaro had an uncharacteristic poor result. Australia was ahead on points with the US in 5th place.

The next short inshore race for the Britannia Cup was sailed in moderate conditions that lightened off toward the end, and the Australians dodged the tide making short tacks close to the moorings off Cowes. After the race controversy began to reign: Some of the yachts had misread a signal and sailed to a shortened course, while others were disqualified for an incorrect mark rounding at the midpoint. The French then protested Rabbit II.

The Race Committee convened a meeting for 8.00am the next day, but the French did not turn up, claiming it was a ridiculously early time for such a hearing. When the protest meeting was finally convened, it was then thrown out on a technicality: The French yacht Oryx had not flown a protest flag as required. However, the American yacht Rabbit II realised they had made an incorrect rounding, and despite being provisional winner, they withdrew in a sporting fashion and Mercedes III became the winner. Australia had learnt from 1965, when two of their yachts made the same mark rounding mistake and had remained outside of the melee, they were now 27 points ahead of the UK team. 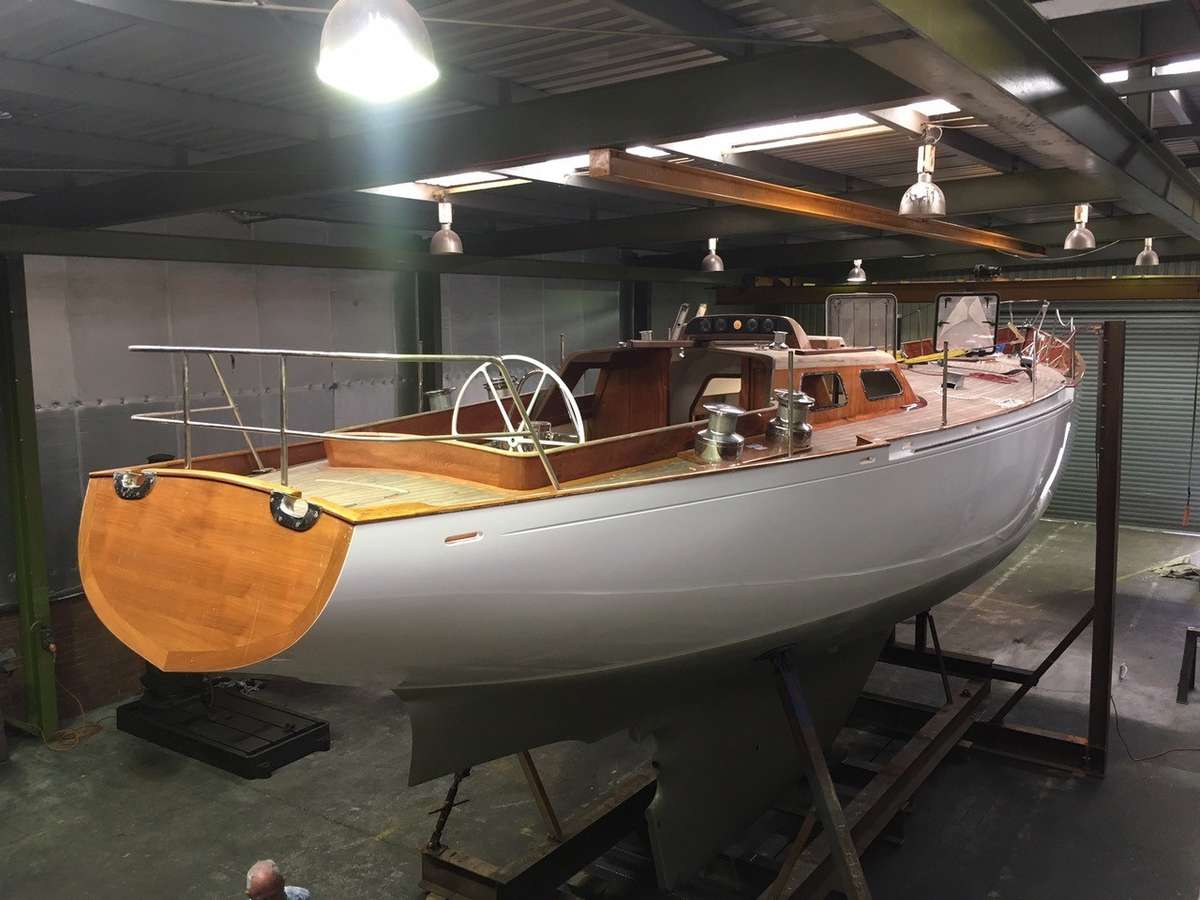 The third race for the New York Yacht Club Challenge Cup produced varied and exciting conditions, including heavy rain squalls. The consistency of the Australian team was impressive: 3rd,,4th and 5th overall, putting them 44 points clear of the UK team and very comfortably placed for the final race, the world famous Fastnet race. Meanwhile, the US yacht Figaro had worked out the source of their problems, they had been incorrectly locking the propeller for racing in a position that increased drag.

Sailing a course from Cowes around the Lizard on the south-west tip of England, across to Fastnet Rock off Ireland then back to Plymouth, the Fastnet race course was a big challenge and covered all possible conditions, both inshore and in the open sea. It is one of the three major International ocean racing events, along with the Bermuda race and the Sydney to Hobart race.

Starting on 5th August at 0945 in light air,s the Australian team mastered the conditions and went with those taking the better course option as they headed to the Lizard and out into the Irish Sea. Conditions grew to force 7 and 55 knots. As noted in Yachting World, “The Australian team forged on.” In fact, Balandra had a steering fitting fail but was able to keep the yacht sailing at full pace under an emergency tiller while repairs were made.

Pen Duick III was consistent at the head of the fleet and became a worthy winner of an outstanding race, but at the finish Australia carried the honours: Mercedes 3rd, Balandra 4th, Caprice 7th. Here was a lesson in the value of consistency for winning a series of races. 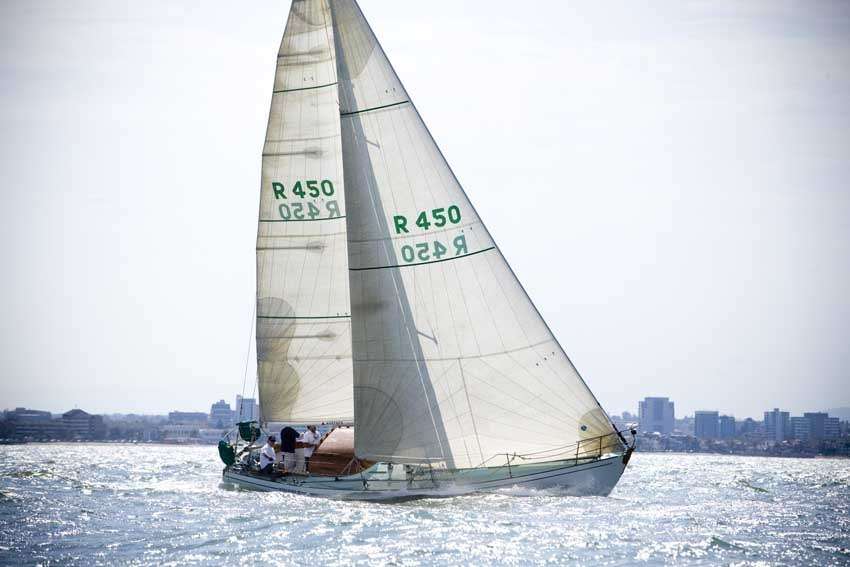 Australia had not finished worse than 7th in the Admirals Cup fleet any of the races, and were almost always within three places of each other. The team had won comprehensively, leading from start to finish, and their three yachts were the top three individual yachts headed by Mercedes III.  Neither before nor since has this feat been achieved.

An emotional Peter Green, from Balandra, was able to help via a long distance phone call with the following short article for SEACRAFT magazine to include in their 1965 September issue while the result was still sinking in at the end of the series:

“Diligent study of tides, practice, clockwork consistency and skilful crews — who put other competitors to shame — gave Australia the edge by a record 104 points.

Spot on navigation — our navigators were magnificent — good sails and first class gear, combined with our enthusiasm and dedication, won the Cup.

We worked so hard at it — I’m really dead. We did not let up. And after the first race, when we did so well with Mercedes (third), Balandra (fourth) and Caprice (seventh), we felt we could win.

Take our navigators for instance— Stan Darling of Balandra, Dick Hammond of Mercedes 11, and Bill Fesq of Caprice, all dedicated blokes who spent hours and hours at the University of Southampton studying the working scale model of tides in the Solent.

These three chaps shared a hotel room, and between them worked up a card index system on tides so that each yacht had an immediate tide chart for any time of the day, anywhere. Fantastic!

Our sails and gear seemed better than the other boats. Our Barlow winches were much admired and never gave a minute’s trouble. Joe Pearce’s sails on all three yachts were excellent.

Our sail changes were the fastest in the fleet. Even the English admitted this. For instance, we used the dip pole spinnaker change like the 12s, but the English still use the twin pole method.

Our team raced as a team — we were always thinking and working as a team. I feel this was a great advantage and the other countries did not seem to do this.

We were amazed how well we went in the light airs because this is the type of weather the English are said to like best. We changed our sails, put up cheaters, tacked on wind changes, really worked ourselves to death.

Although the weather was bad at times — especially during the Fastnet, where wind reached 55 knots, there were no big seas like we get off our coast in heavy weather.

The Fastnet was one of the most exciting ocean races I have ever experienced. We had every type of weather and wind change plus bad tides. Balandra’s steering gear packed in, but we never let up.

And, oh, those starts — 109 yachts crossing, the line at once, usually a pretty indifferently laid one, too — and hearing all those bow waves shushing, shushing about you — trying to keep looking ahead. It was very frightening.

In fact we are all exhausted …I could sleep for a week.”

Discover more stunning stories of sailing success on the new website for the Australian Register of Historic Vessels.

View all posts by David Payne→
Posted in: Australian Register of Historic Vessels , From the collection
↑