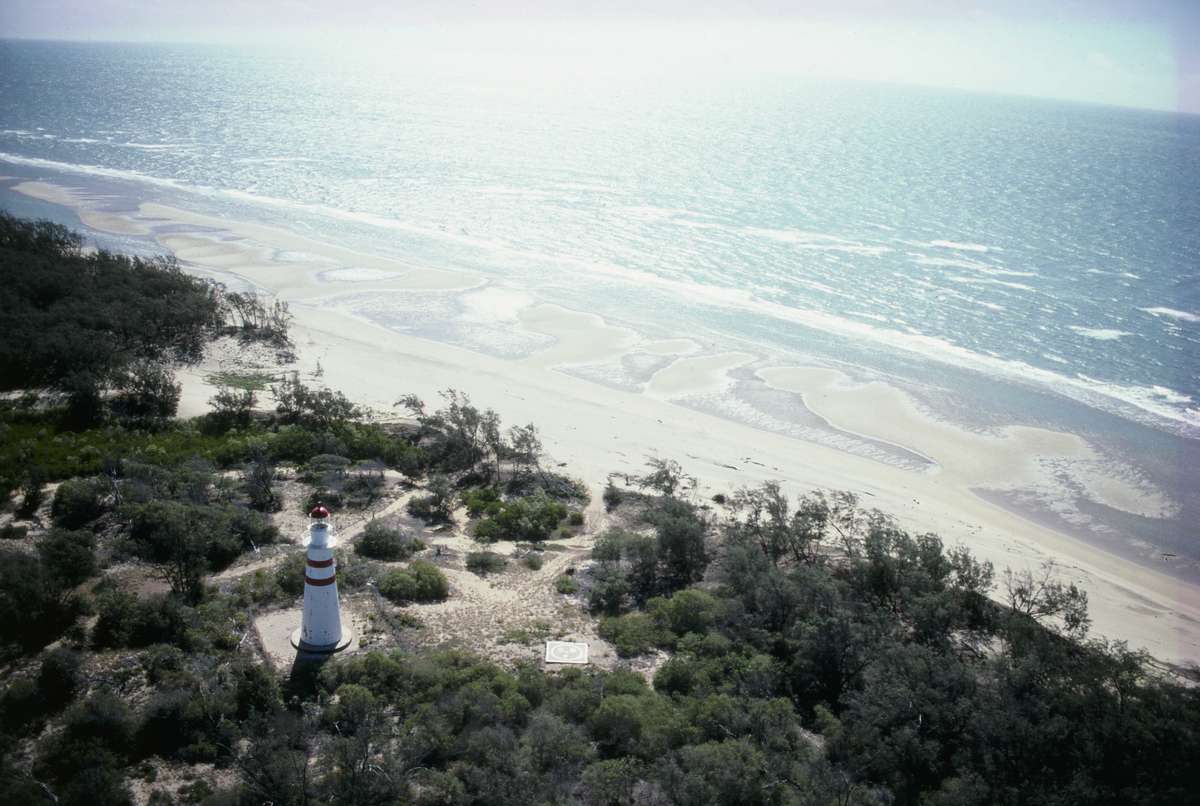 How do you move a building from a remote cape in far north Queensland? In 1987 the 113-year old Cape Bowling Green Light was superseded by radar beacon, decommissioned and sold to the Australian National Maritime Museum. Somehow, the museum had to transport a 22-metre structure from Cape Bowling Green to Darling Harbour, Sydney. So, how does a lighthouse travel over 2000km?

The images below show how museum staff, the lighthouse service, a firm of engineers, two helicopters, two amphibious vehicles, a lighthouse tender and a naval vessel made this possible.  The project took place nearly 30 years ago in September 1987. 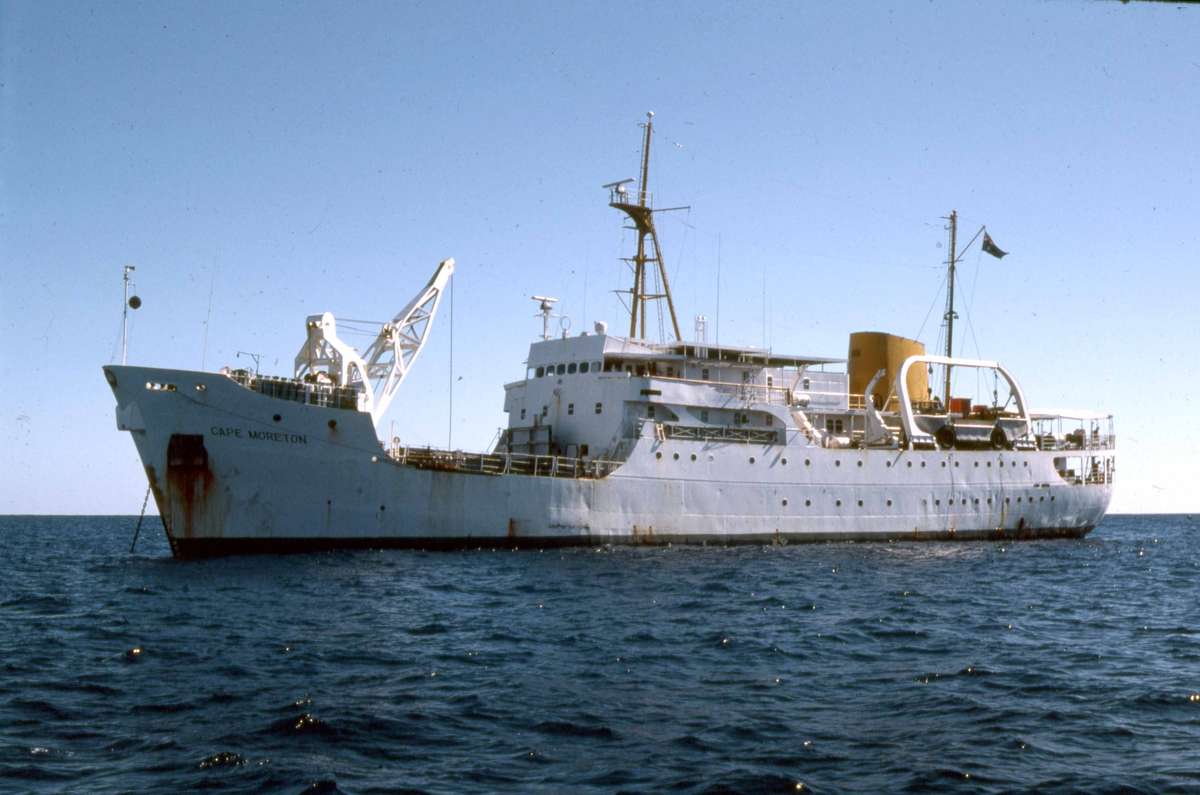 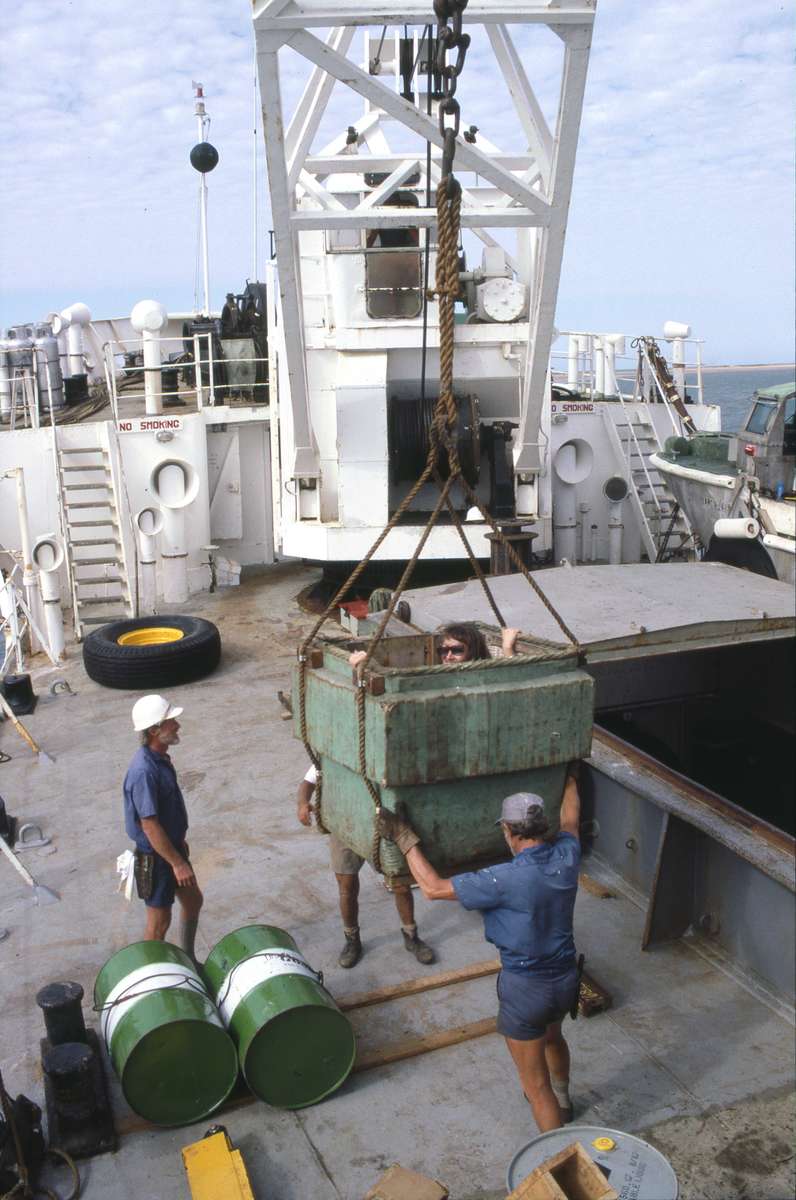 Museum staff member being lifted off the deck of MV Cape Moreton, 1987 onto a LARC (amphibious cargo vehicle). All the materials and equipment for the dismantle were transported from the tender to the site using LARCs. Credit: Mike Lorimer. 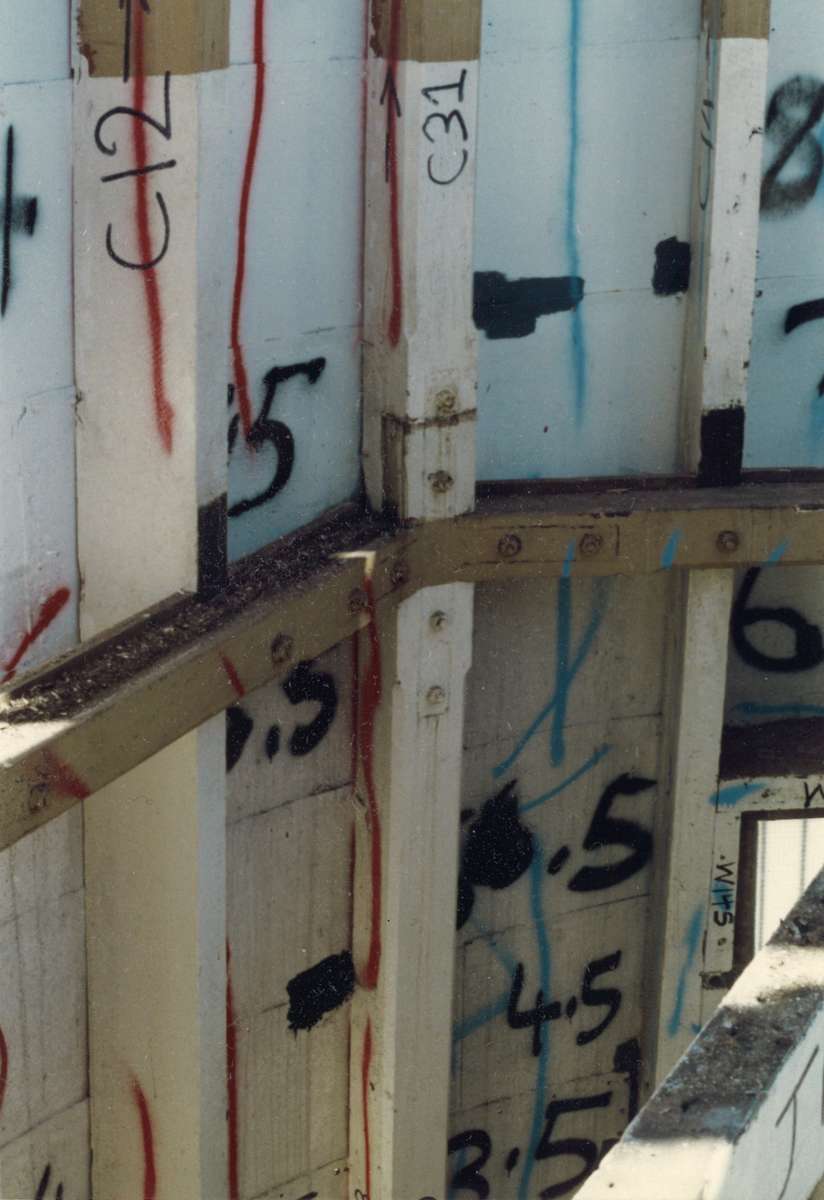 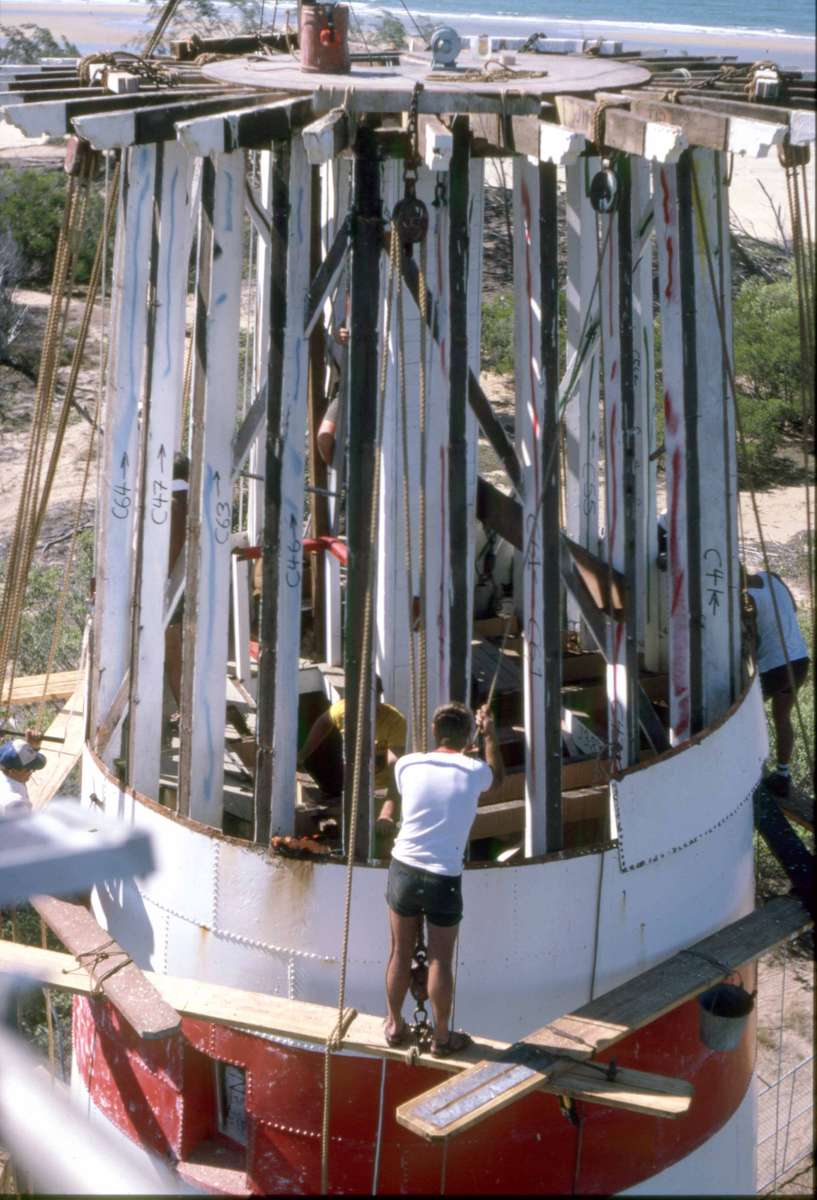 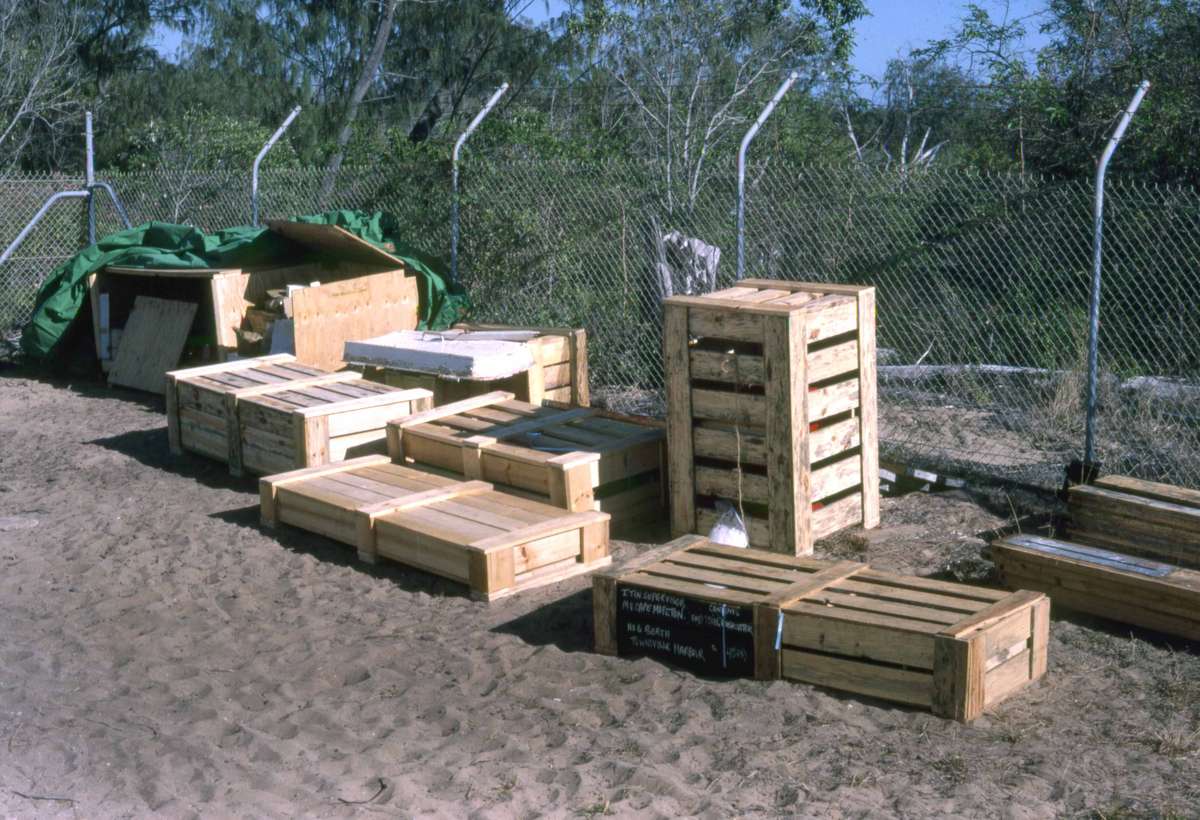 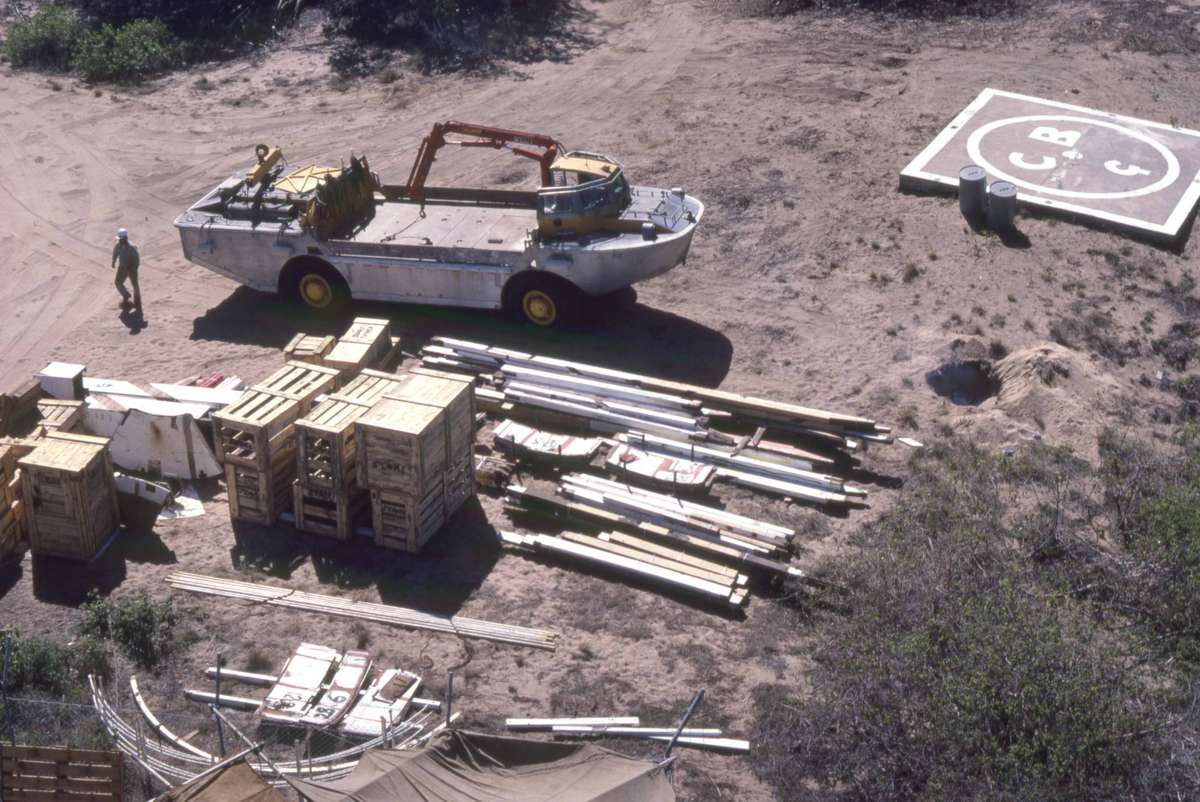 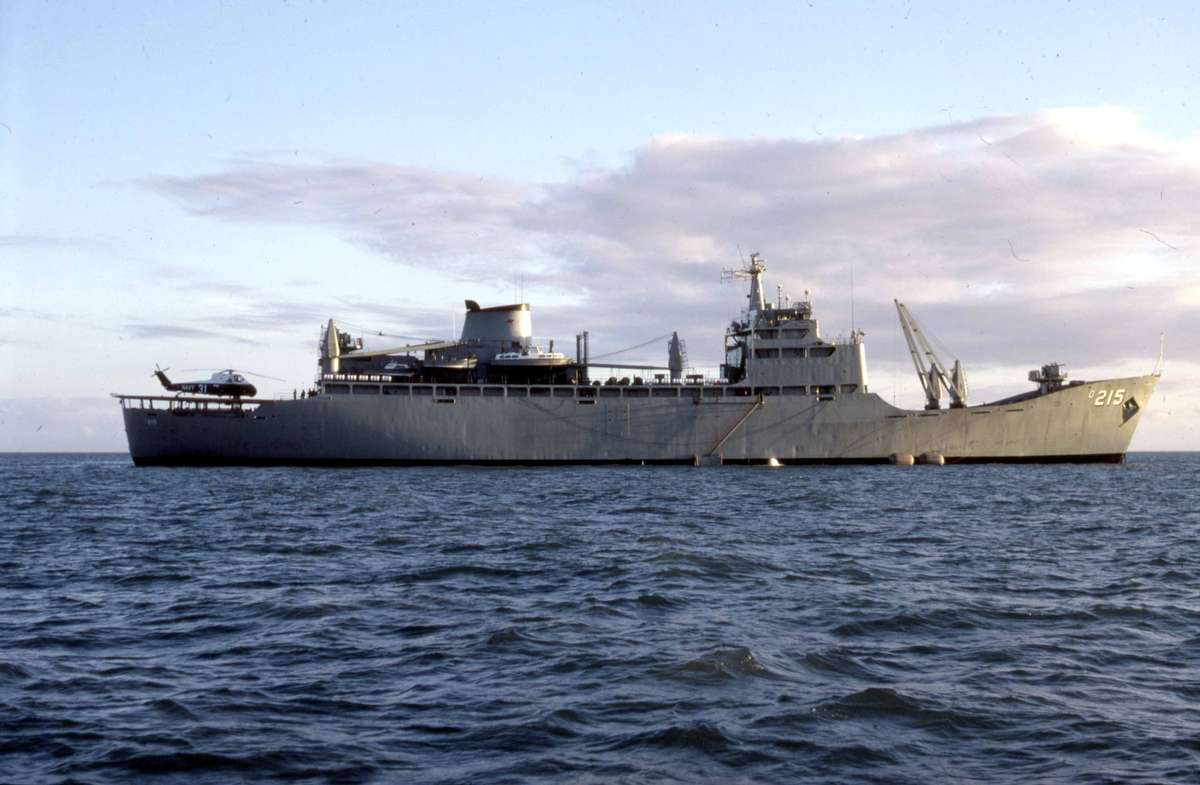 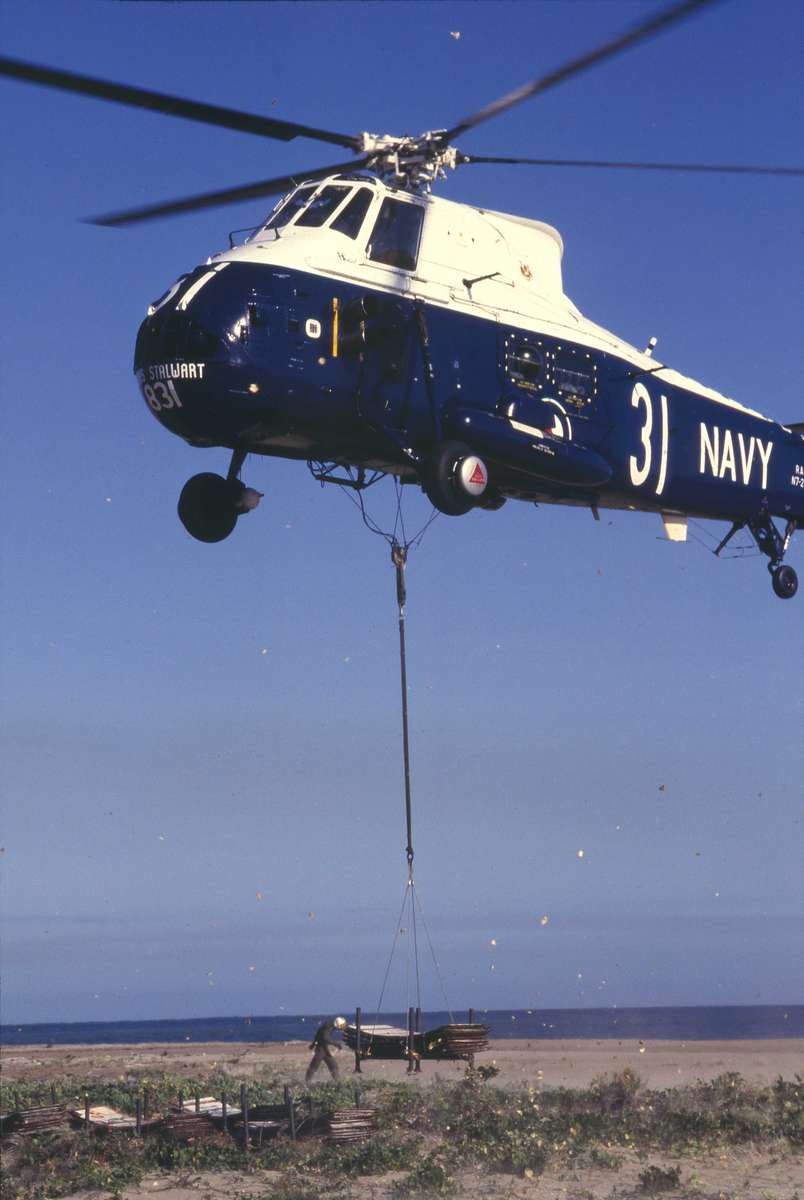 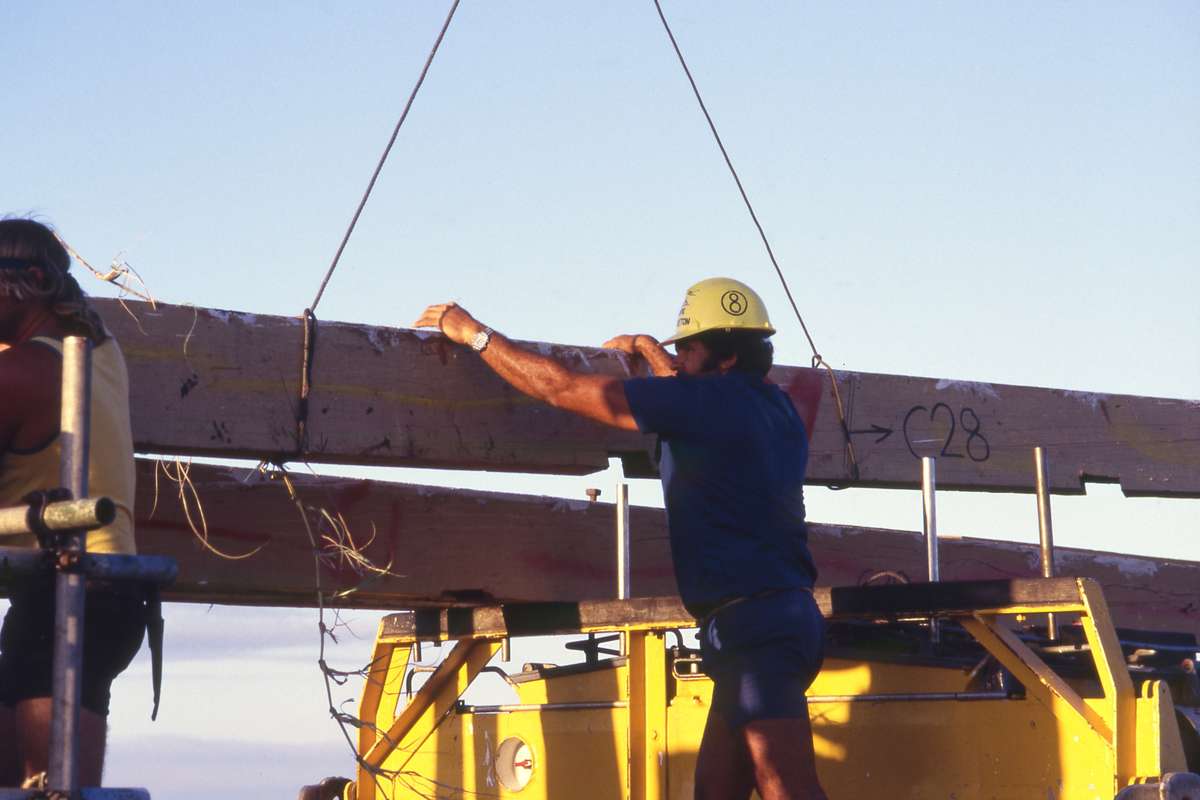 Department of Transport worker stabilising part of the lighthouse’s timber structure as it is craned onto a LARC (amphibious cargo vehicle) using the HIAB, 1987. Credit: Jennifer Game. 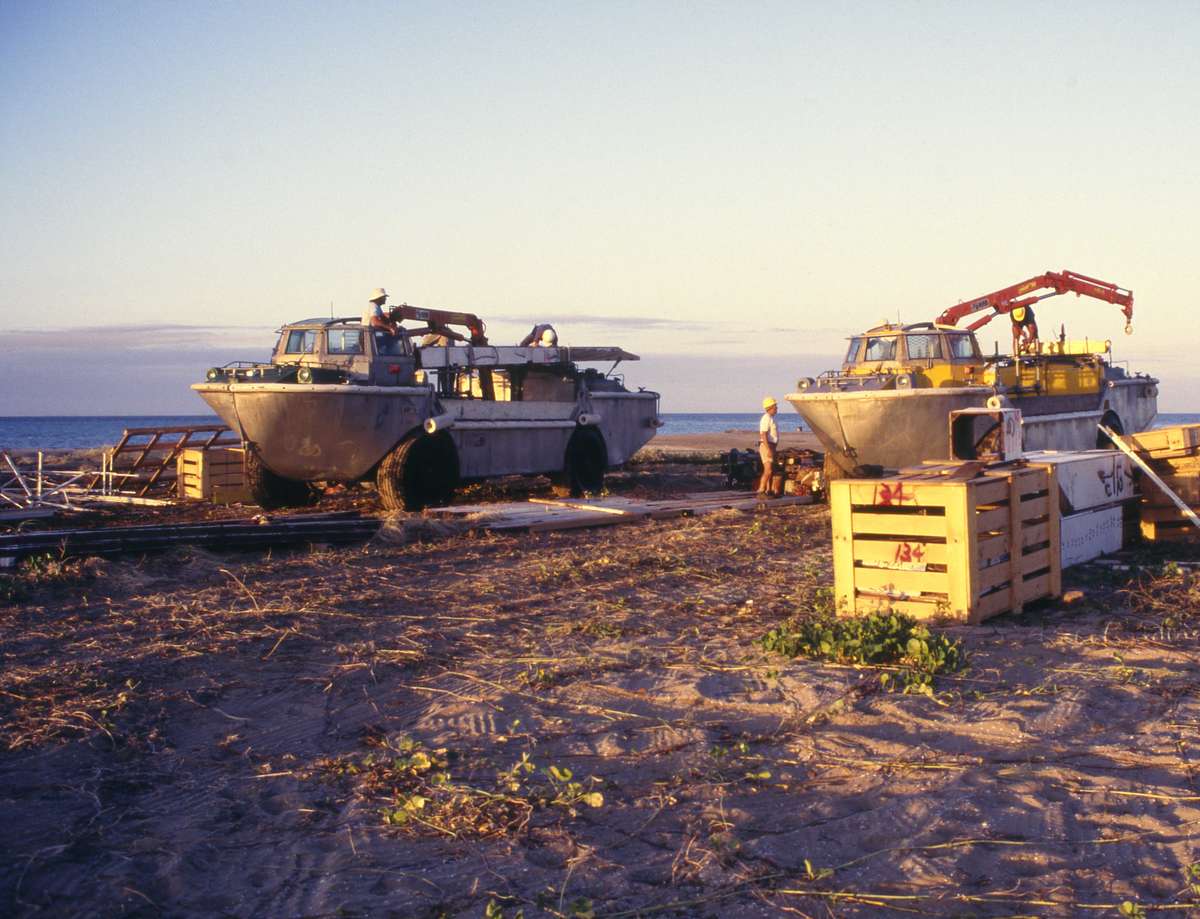 Two LARCs being loaded with lighthouse timbers on the beach at sunrise 1987. Credit: Jennifer Game 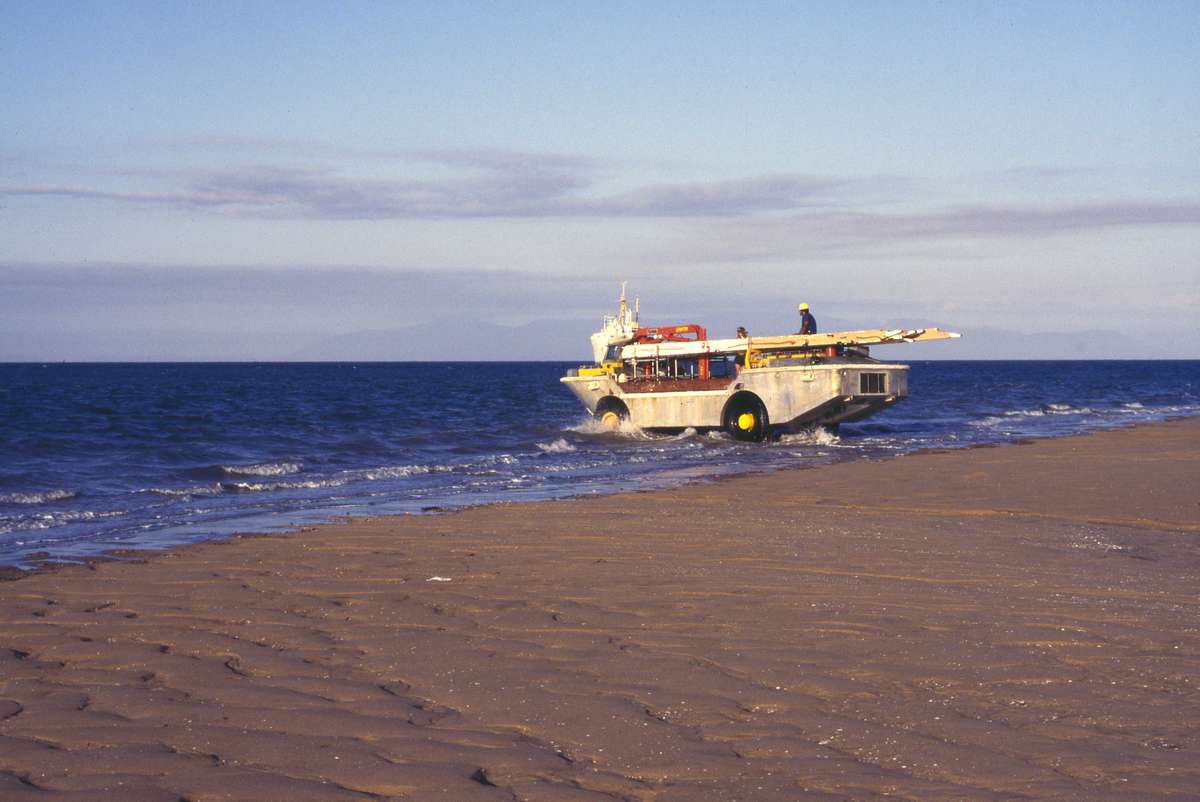 Even though we have these fascinating images of the dismantling of the Cape Bowling Green Light, some detail about the process and the people involved is lacking. If you were involved or know someone who was please contact ANMM. We’d love to chat to you. 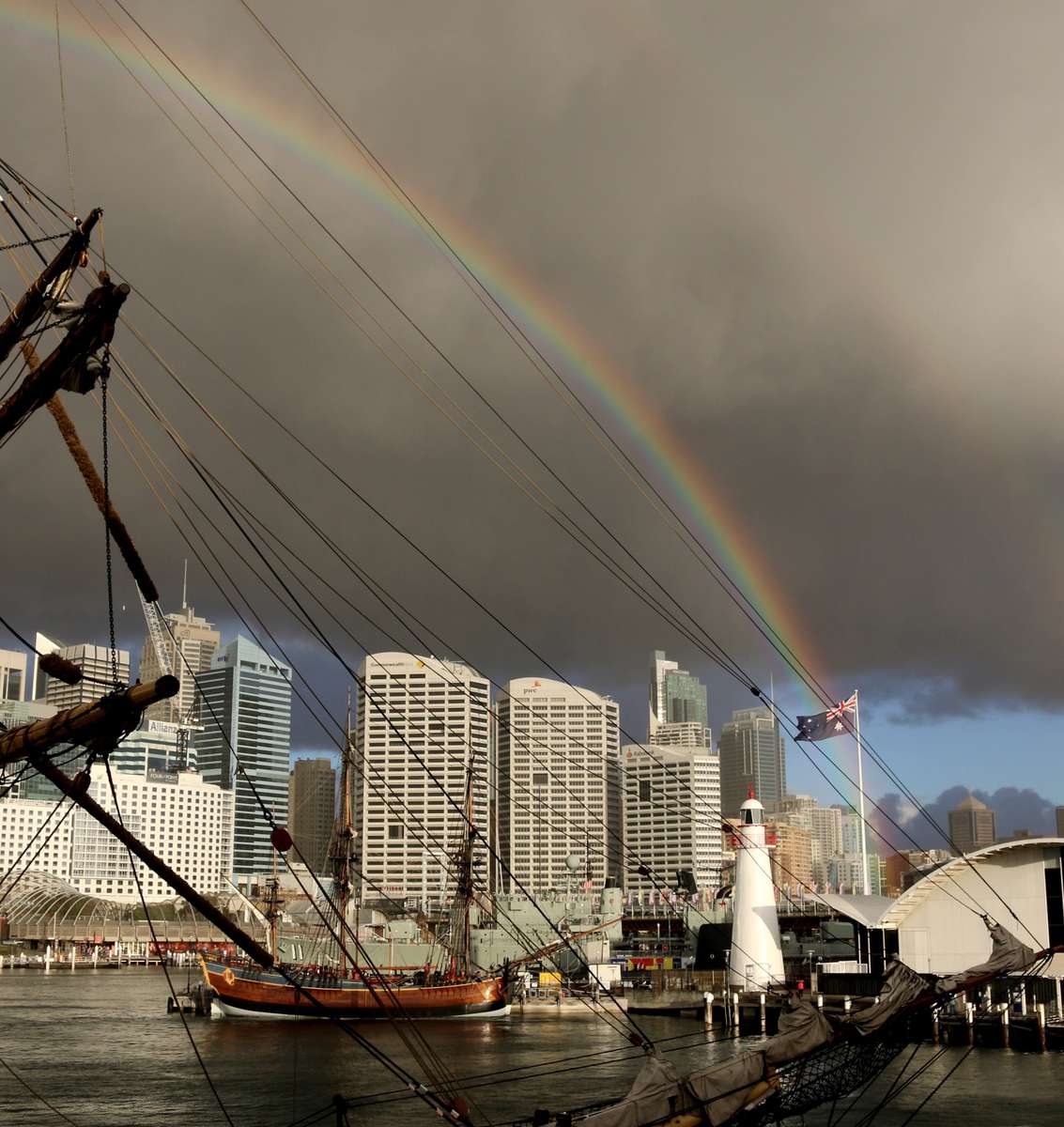 Look out for our next blog post on the installation of the lighthouse at the museum in 1994.

View all posts by Rebecca Dallwitz→
Posted in: Conservation , Vessels , From the collection
↑