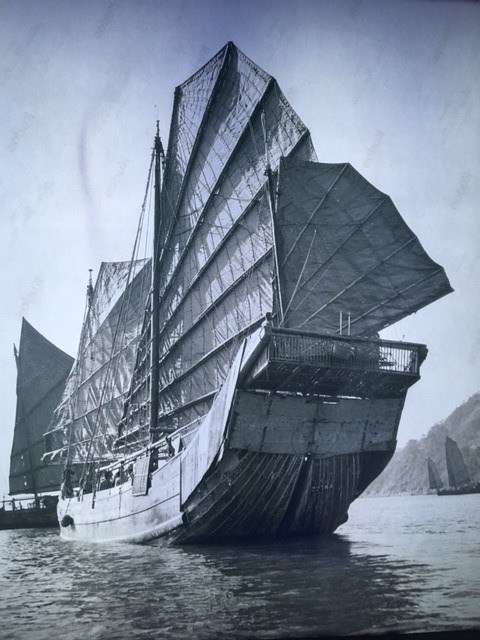 Ningbo is a smallish city near Shanghai of just 7 million people. It was once one of the five ‘Treaty Ports’, when colonial powers were forcing China into trading concessions during the 19th century. Ningbo had always historically been an important juncture of trade networks between China, Korea and Japan – and beyond. Its maritime history was the focus of a conference I recently attended, exploring what is now called the ‘Maritime Silk Road’ – the incredible trade routes that stretched from China to Africa over the past one thousand years or so. The sight of Chinese junks and Sampans in the Indian Ocean is now reasonably well known and forming the basis of a possible World Heritage listing for the maritime silk road. However, there was little knowledge and some interest at the conference in my research paper on the history of Chinese junks and sampans that were built in Australia between 1870 and 1910.

QingAn guildhall and temple complex was constructed in 1850 on the site of a Temple to the Heavenly Queen, the sea-goddess Mazu, that had been built originally in 1191. Funded by local merchants, it integrated commerce and religion in the one structure. It is now restored and open to the public as a maritime museum.

Ningbo was an important trading port and the point of departure from China for many ships during the Tang Dynasty from 618 to 907. It was a point where sailors could perform some final worship before setting out into the Sea of China, praying for good winds and calm seas. In fact, Ningbo means ‘peaceful sea’ and it was changed from an older name to this auspicious title during the Song Dynasty (960 to 1279).

The QingAn Guildhall in Ningbo is now a maritime museum and has an extensive collection of ship models. It is also currently hosting the exhibition Portraits of Chinese Junks – Images from the David Waters collection, a series of 1930s photographs of Chinese junks and the people who lived and worked on them. The photos were taken by British naval officer David Waters. who later became an assistant Director at the UK Maritime Museum in Greenwich, where he donated his wonderful collection of images. This lively exhibition, curated by Zefeng You, Director of the Institute of Ancient Chinese Ships, created a deal of media interest in Ningbo.

Ningbo is now also well known for its wonderful city museum. Designed by Wang Shu, the first Chinese architect to win the Pritzker Prize in 2012, the museum’s incredible angled walls that evoke mountains and massive ship prows are overlain with bricks and tiles from some of the ruined older buildings in the area. This powerful blend of old and new China is continued in the interior walls of concrete impressed with bamboo. 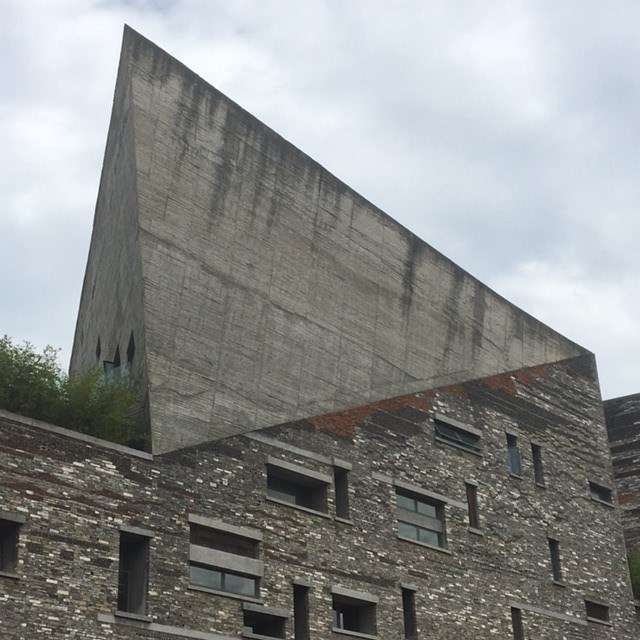 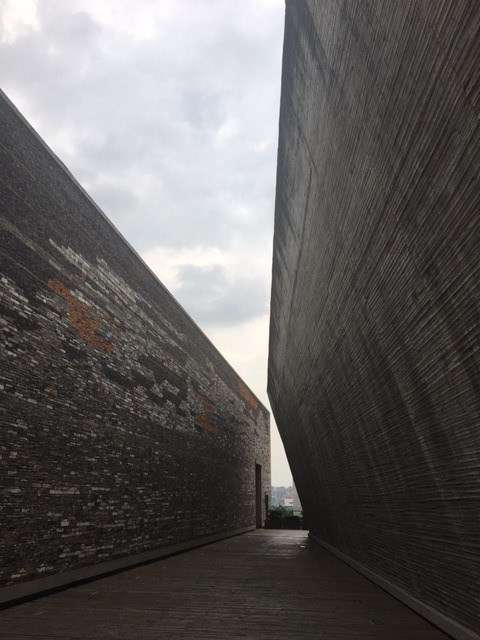 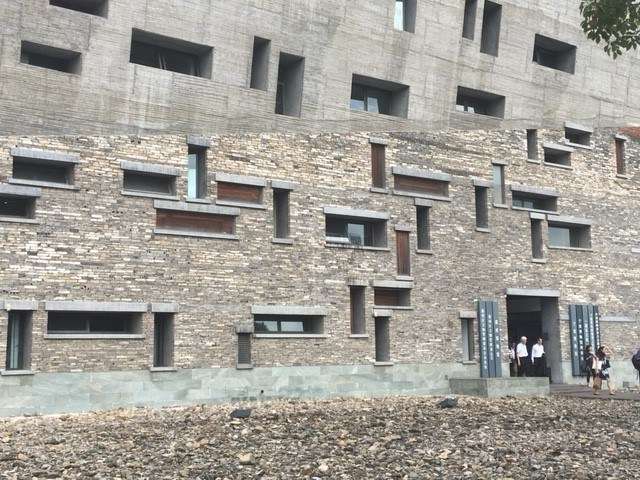 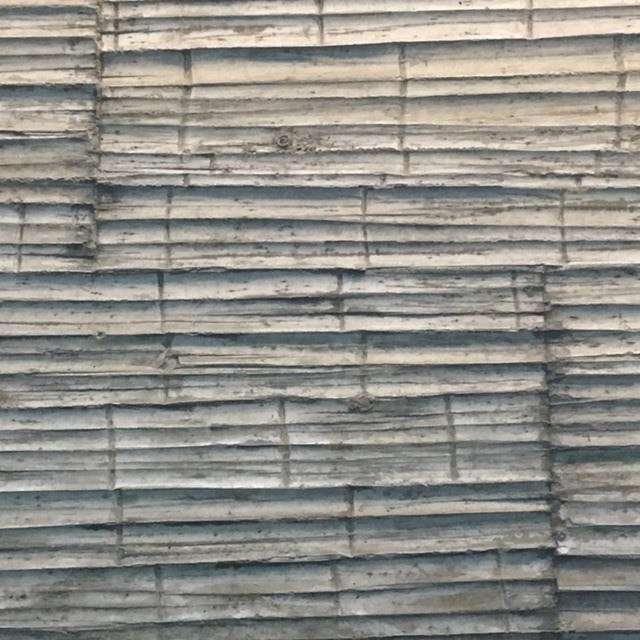 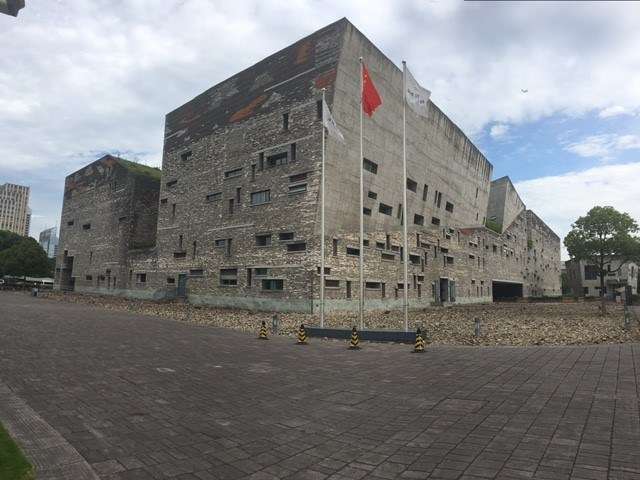 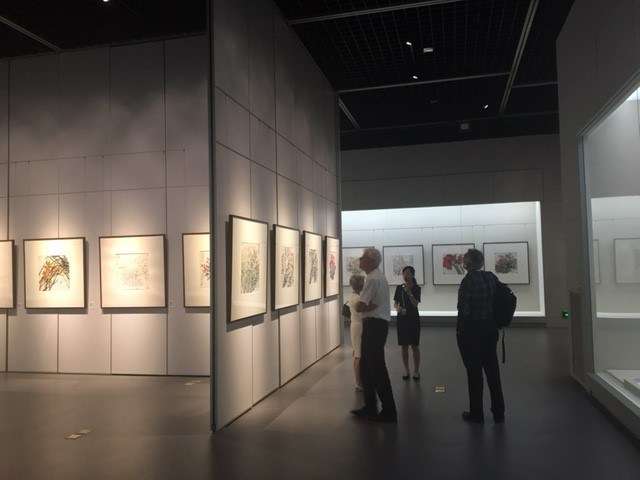 The conference was held at the Ningbo Museum. It was the 9th annual China National Maritime Day ‘Sailing for More’ conference. Speakers topics ranged from traditional and contemporary maritime art, the famous Hanhai #1 shipwreck, cultural exchange in the China Sea and my paper on junks and sampans made in Australia. 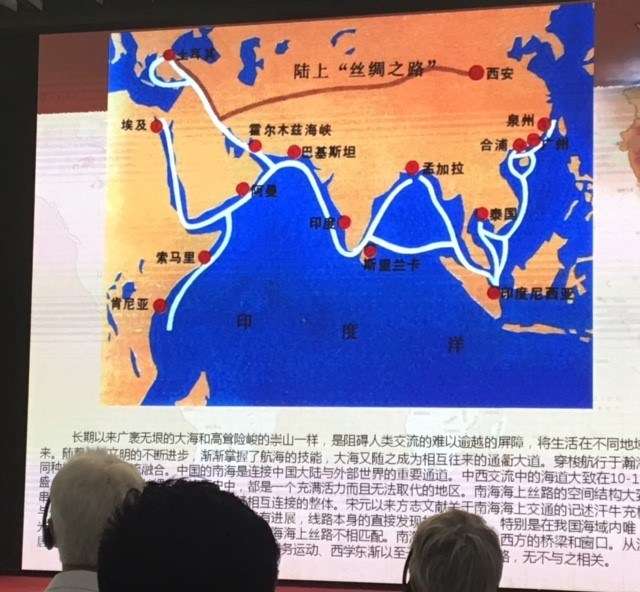 My research connected with several Chinese academics working on shipping and trade in the South East Asia region. The junks built in Australia in Cairns and Cooktown during the late 19th century were engaged in the beche-de-mer industry, fishing the sea cucumber or sea slug (known in China as the ‘sea rabbit’) in the Coral Sea. This Chinese delicacy was shipped back from Australia to China in what was a lucrative business. However from the only known photograph of these junks taken at Cairns around 1890, no one was able to identify which of the many regional styles and variations they were. That research question is ongoing. 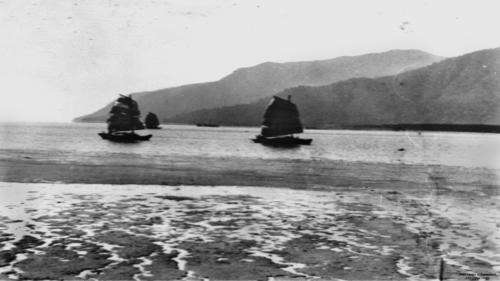 The conference was an excellent opportunity to experience and connect with Chinese maritime research and museums. In what is currently a burst of enthusiasm in China in historicising the maritime silk road, future collaborations in this area abound.

Explore more connections with the Maritime Silk Road and Australia in our online collection.