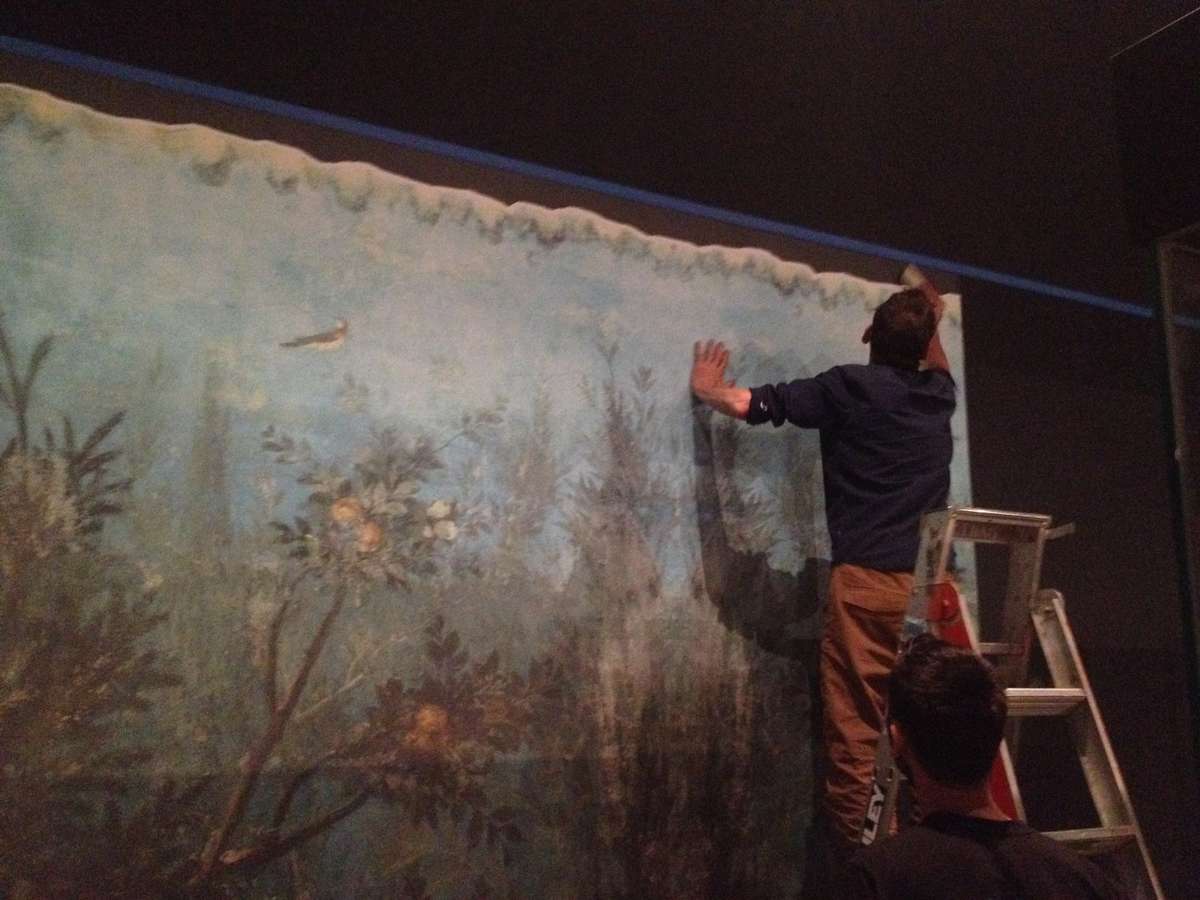 The reproduction of the garden fresco from the Villa of Livia just north of Rome, 30–20BC. Fresco image courtesy National Roman Museum – Palazzo Massimo alle Terme is installed in the exhibition. Image: ANMM.

The Roman artist who painted the beautiful wall fresco in the Villa of Livia could never have dreamt that 2,000 years later it would be reproduced at actual size and on display in an exhibition on the other side of the world. 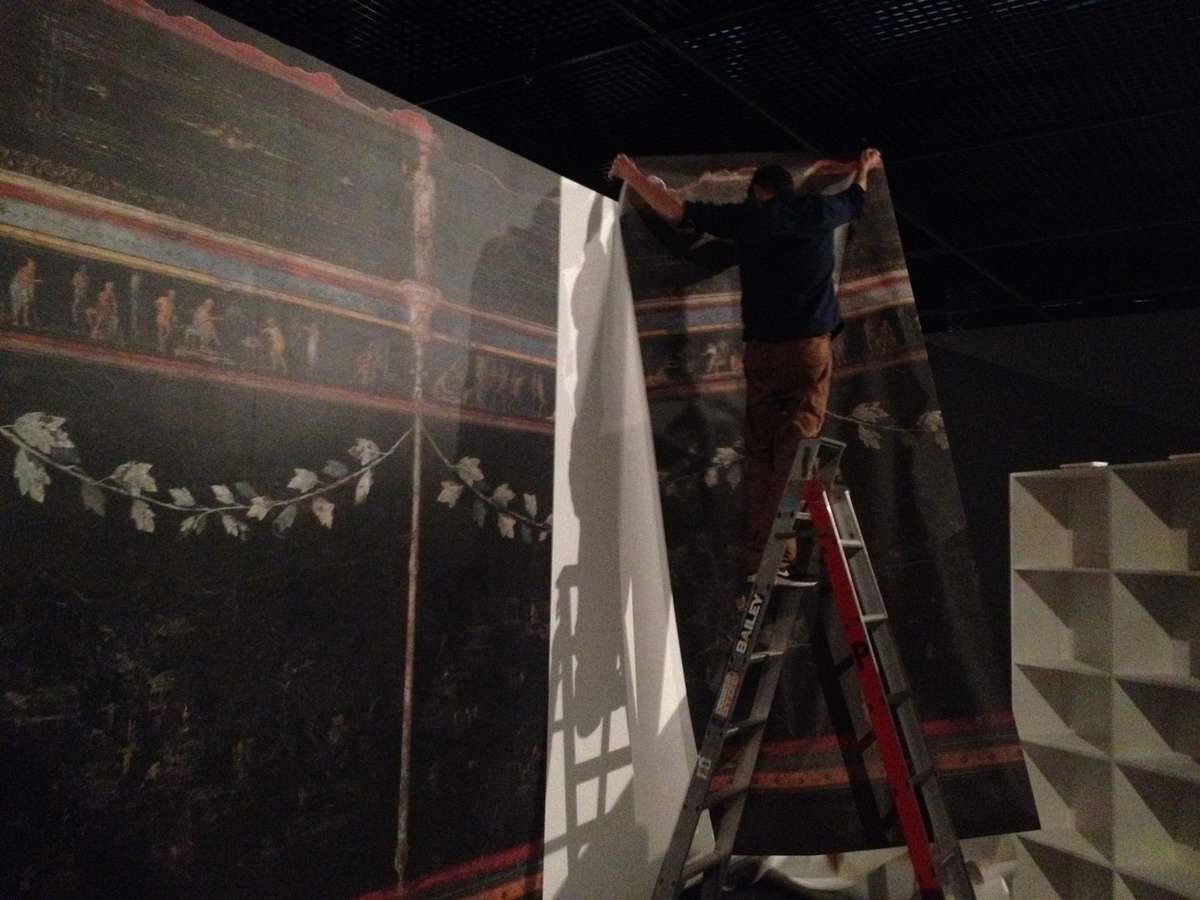 The graphic of the dining room fresco from the Villa Farnesina in Rome, 20–15BC being installed in the exhibition space where the body casts are on display. Fresco image courtesy the National Roman Museum – Palazzo Massimo alle Terme. Image: ANMM.

It is a very exciting exhibition to be involved in, as it has many wonderful objects and an amazing story of Roman navy ships going to the rescue of the Pompeii residents but not being able to land there due to all the pumice from Mount Vesuvius floating on the sea as they approached Pompeii.

As a designer, it has been wonderful to be part of the exhibition development, designing the exhibition graphics in collaboration with my colleagues. We have prepared a contemporary presentation using some modern day photos of the beautiful Italian landscape with reproductions of some wonderful mosaics and other aspects of Roman life at the time of the Mount Vesuvius eruption in 79AD to contextualise the objects on display that have survived 2,000 years thanks to being buried for most of that time under almost 5 metres of volcanic ash. 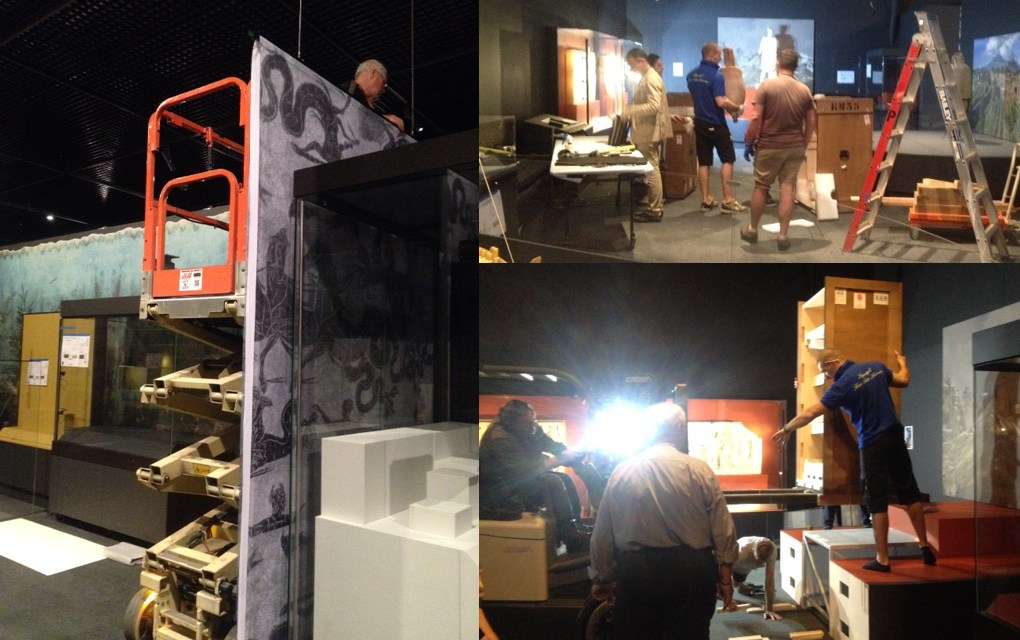 It is exciting to see the objects arrive and placed in their showcases specially designed to accommodate the specific needs of each antiquity. Whether it is the fragile blue glass jug or the 200 kilogram sculpted stone relief, each is handled with great care by the Italian couriers and the museum’s exhibition team. 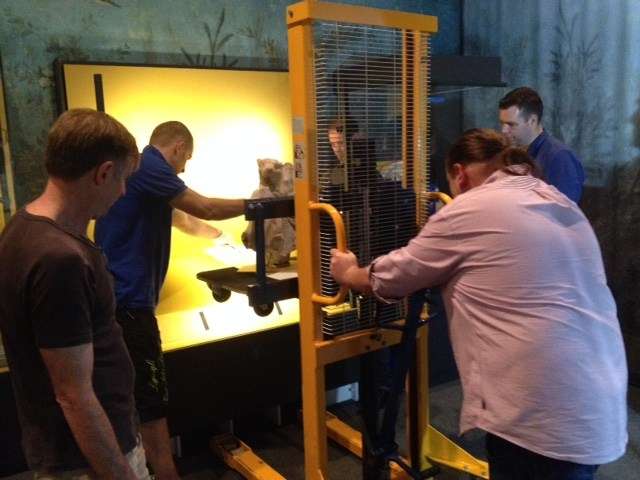 The marble fountain of nereid, a benign sea spirit, riding a sea monster is carefully lifted into place with the help of a manual forklift. Image: ANMM. 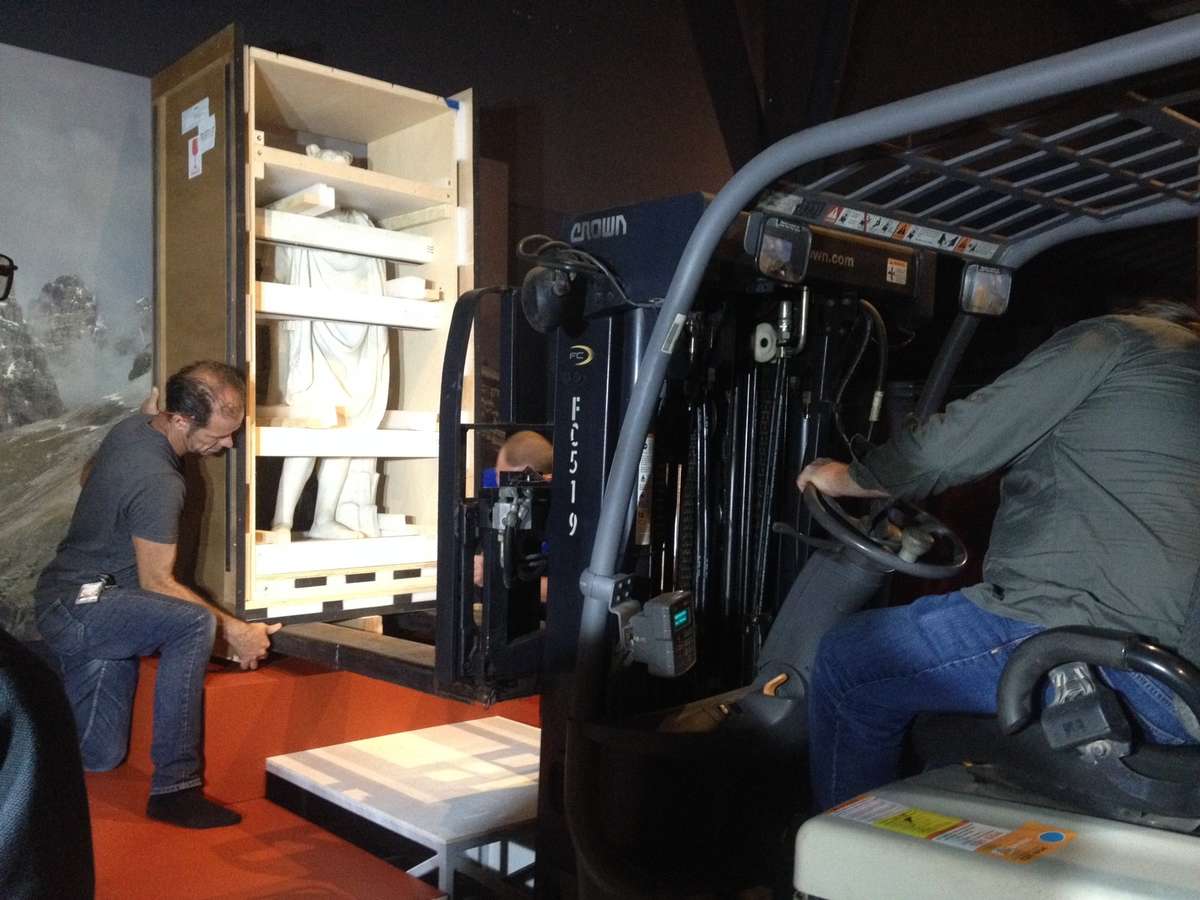 The 400 kilogram marble statue of Hermanubis, with its human body and animal head, presented even more challenges lifting it and the crate it flew out from Italy in, into place using a large battery powered forklift. Image: ANMM.

There is a wonderful array of objects in the exhibition from a tall candelabrum, opulent jewellery and luxuries to the utilitarian pottery and bronze cookware, and a large bronze rostrum from the bow of a Roman warship used to ram the hull off and enemy ship.  They reflect the amazing trade that flourished during the time of the Roman Empire largely due to the success of the Roman Navy eliminating piracy on the Mediterranean. 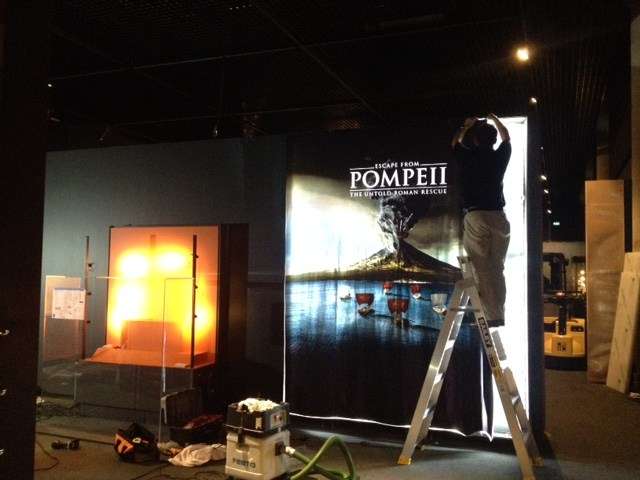 The lightbox at the exhibition entry being installed

View all posts by Adrienne Kabos→
Posted in: Exhibitions
↑