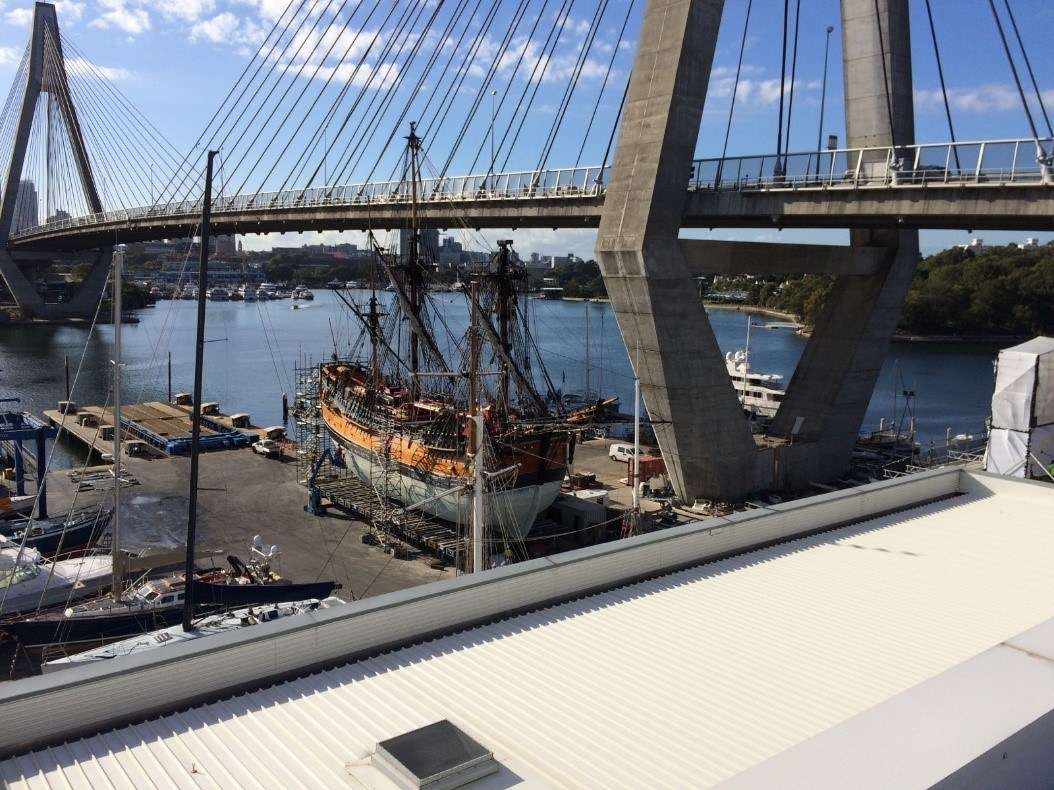 For those who follow HMB Endeavour regularly, you’ll be aware she is great deal more than a static replica of Cook’s famous ship of science. Endeavour is a ‘Regulated Australian Vessel’ with a survey that allows her to operate at sea, anywhere worldwide. Supporting that survey is a regime of annual certifications and inspections and every second year, the ship is required to be lifted from the water.

Endeavour was away from the museum from 13 February to 17 March and most of that time was sitting on the hard at Sydney City Marine. It’s a difficult place to get into and it’s alarming to see your 540 tonne ship move across the concrete apron, even if it is sitting on 84 wheels. Once clear of the synchrolift and an alarmingly long way from the water, the ship was encased in scaffolding. 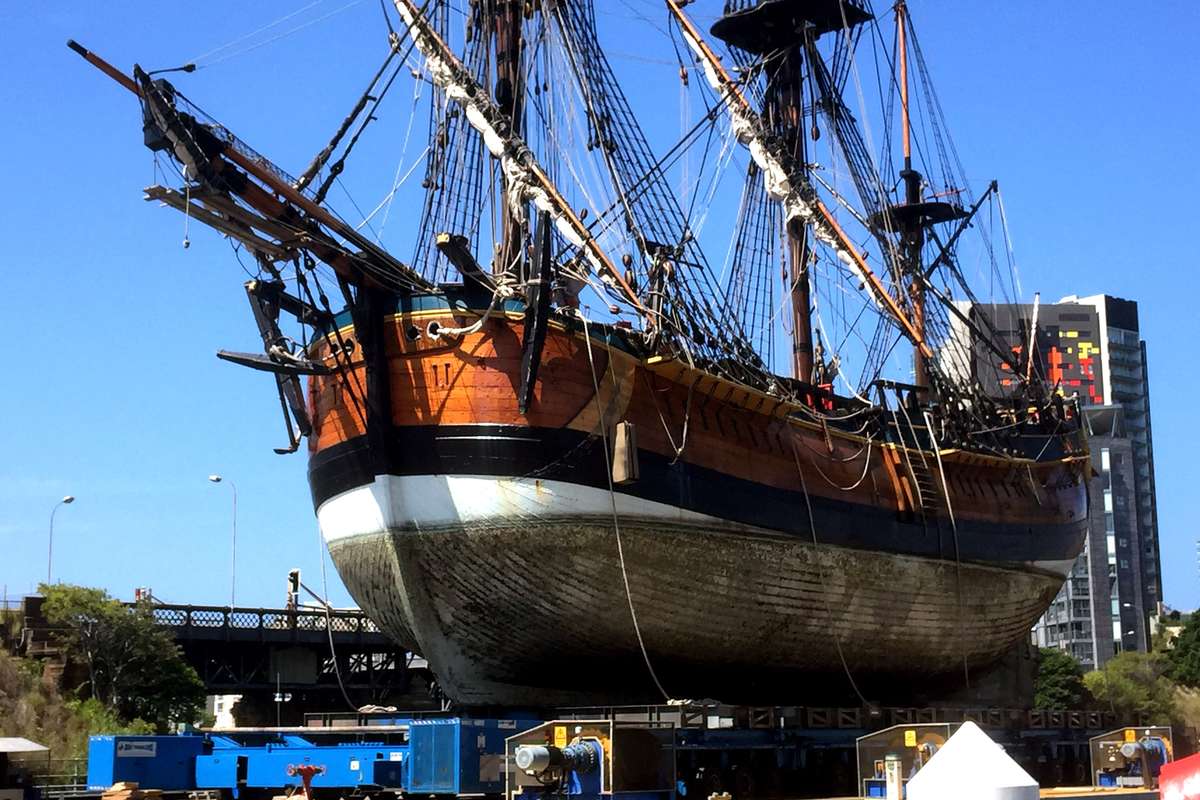 Dockings are generally straight forward with a scrub of the bottom, a check of the anodes and underwater fittings and several coats of anti-fouling paint. Ours, however, was more complex. While out of the water we removed both propeller shafts, manufactured and installed new ones and replaced almost 2000 fastenings. (Fastenings are large, galvanised coach bolts that hold the hull planking in place.) We also recaulked several seams and stripped back and repainted the ornate transom. 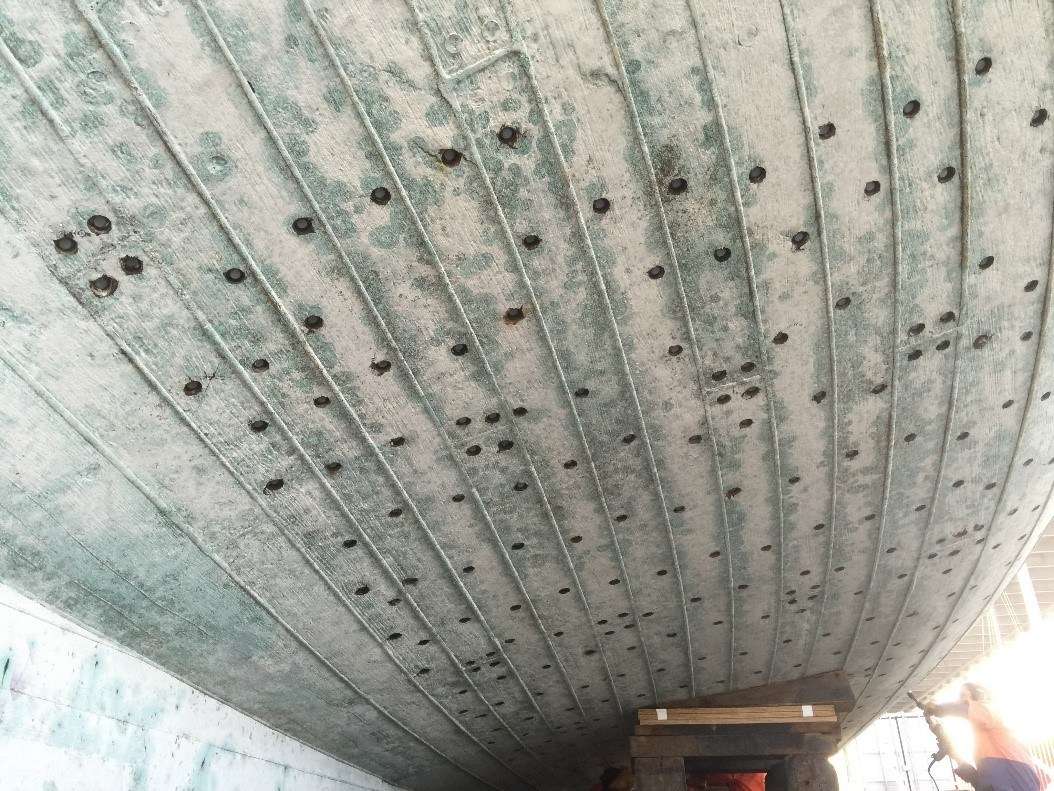 Onboard the ship itself, we removed 20 tonnes of lead ballast so that the internal hull could be examined and painted all the publically accessible decks. Black and grey water systems were checked and cleaned. All the major electrical systems were surveyed and several safety enhancements were incorporated. 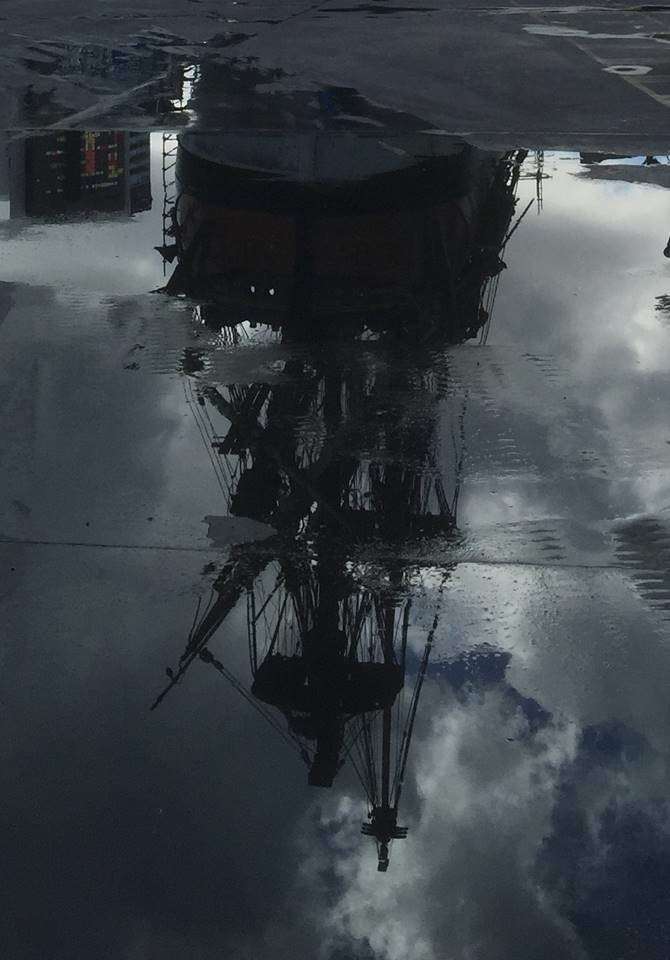 The most significant problem during the docking was the weather and for large periods it reminded me of the Monsoon season in Singapore. Strong winds on many of the days did little to help. Despite that, the docking completed on time and with a high tide during a period of calm at midnight on Thursday 16, the ship was carried to the synchrolift and relaunched. It was then back through the Glebe Island swing bridge and a quick transit down the harbour. Someone told me we had a full moon, but I hardly noticed. 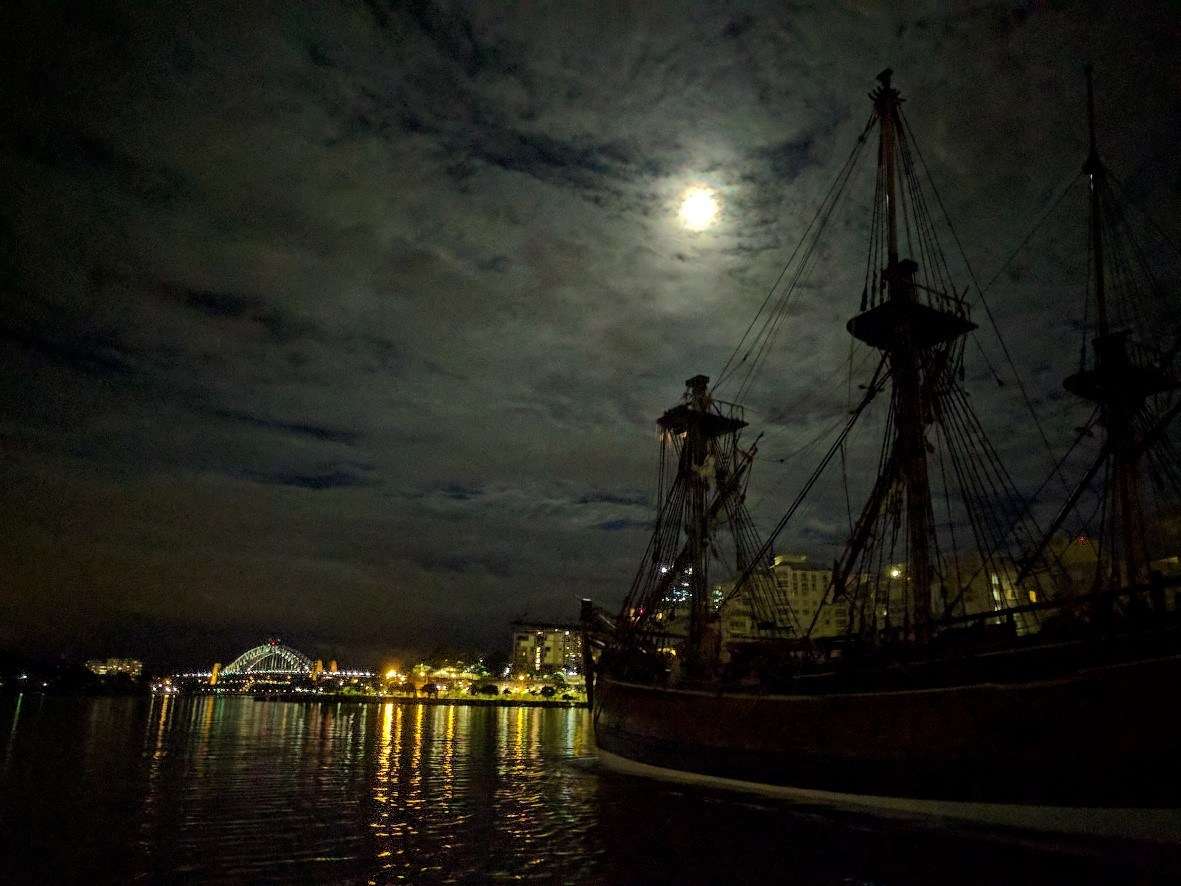 Climb aboard the HMB Endeavour at the museum with a Big Ticket.

The replica of Captain Cook's tall ship HMB Endeavour is managed by the Australian National Maritime Museum. Endeavour regularly sails in Australian waters and we keep a ship's blog to give you an insight into life on board.

View all posts by Endeavour Crew→
Posted in: Vessels , History and Colonisation
↑