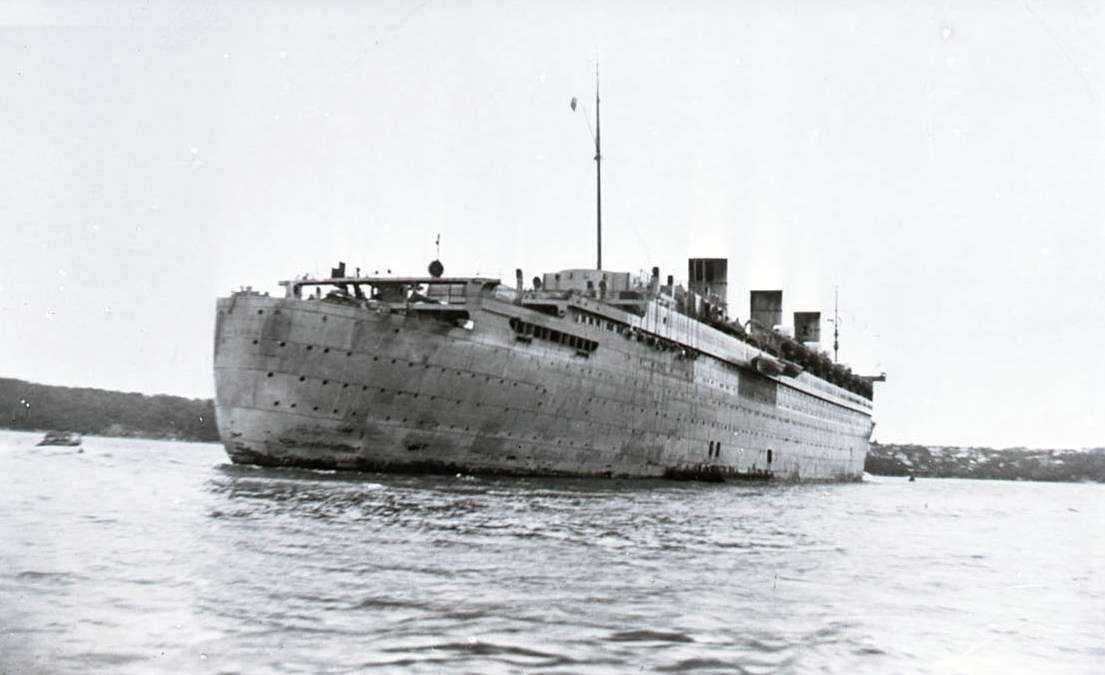 On 28th March 1942 the troopship RMS Queen Mary arrived in Sydney with 8,398 Americans on board, destined for the Pacific War. These first American troops to be transported on the ‘Grey Ghost’ (the nickname for the camouflaged giant, yet fast, former liner) had embarked in Boston on the 18th February on what became known as their ’40 days and 40 nights’ voyage. 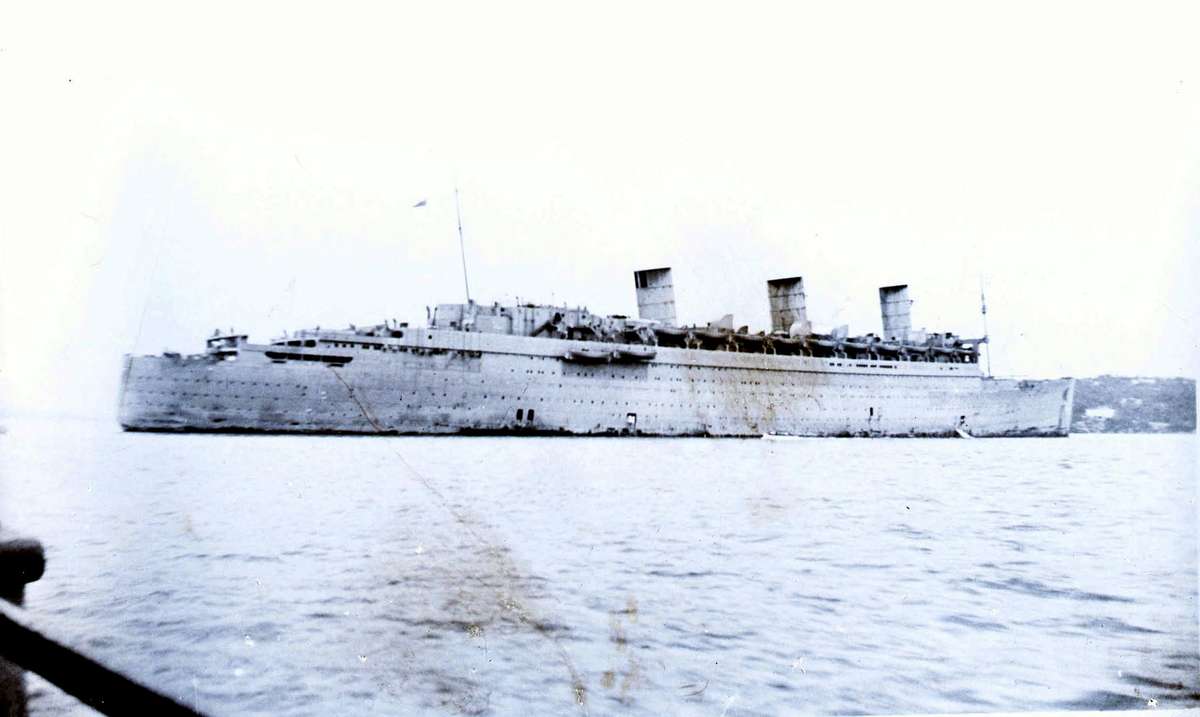 Queen Mary was a relatively familiar sight in Sydney, two years before, the luxury liner had been refitted there to take Australian and New Zealand troops to the war in Europe. To increase passenger capacity and reduce weight the furniture, more than 9 kilometres of carpet, 220 cases of china, crystal and silver, tapestries and paintings were stripped out and stored, and staterooms, dining rooms and cabins fitted out with three tiers of bunks. To protect the ship from attracting magnetic mines, a degaussing coil was fitted around the outside of the hull.

The Queen Mary was part of the ‘Monster Fleet’ of troopships including the Queen Elizabeth, Aquitania, Mauretania, Ile de France and Niew Amsterdam, all huge refitted luxury liners that could outrun enemy submarines and surface ships. The ‘Queen’ had been clocked at a maximum speed of 61km/hr. 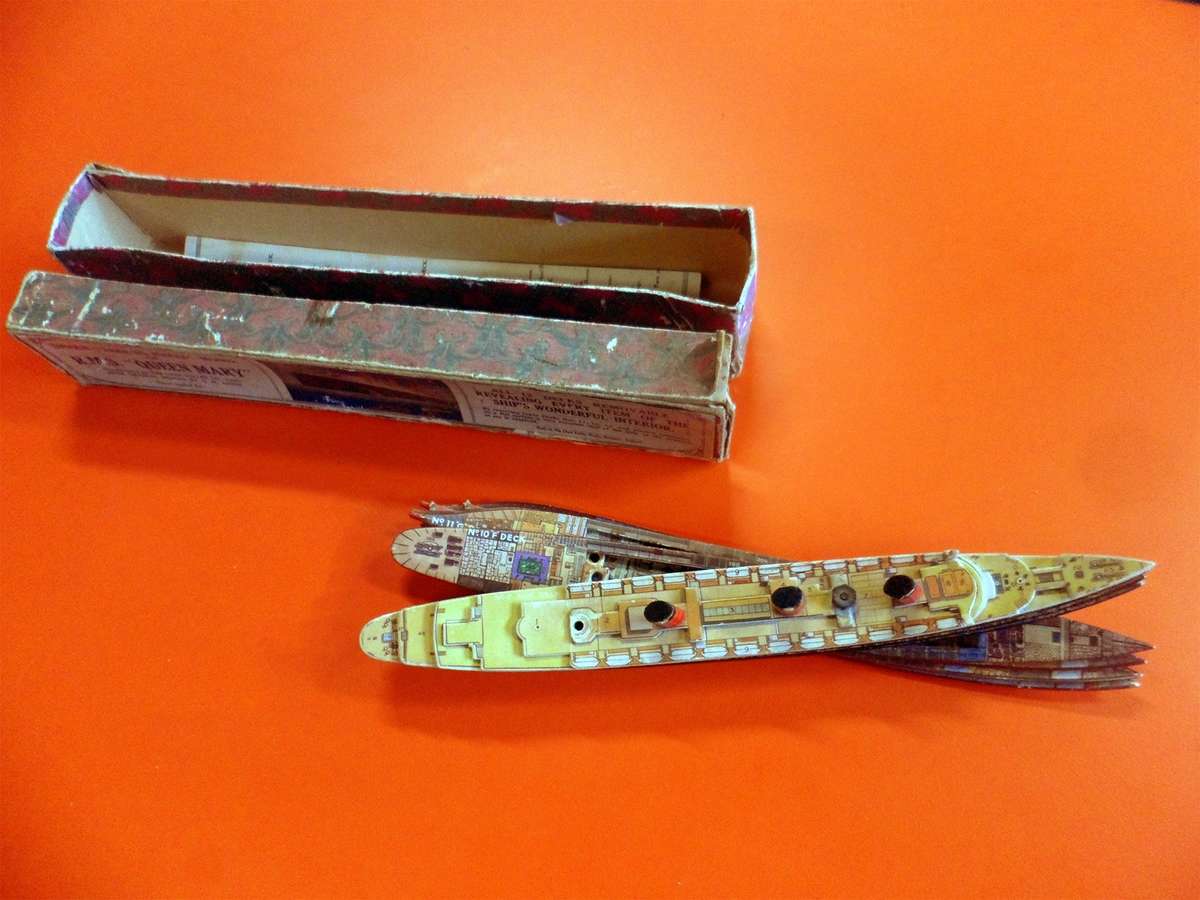 ‘Take to pieces’ colour model of RMS QUEEN MARY, available on her maiden voyage in May 1936. Made by Chad Valley Co. Ltd, England. ANMM Collection EC000393.

In August 1942 the Queen Mary transported an entire army division of 15,125 (plus 863 crew) a first for any ship, and in December of the same year carried 16,082 American soldiers from New York to Great Britain a record for the most passengers ever transported on one vessel.

View all posts by Richard Wood→
Posted in: Navy and defence , Vessels
↑