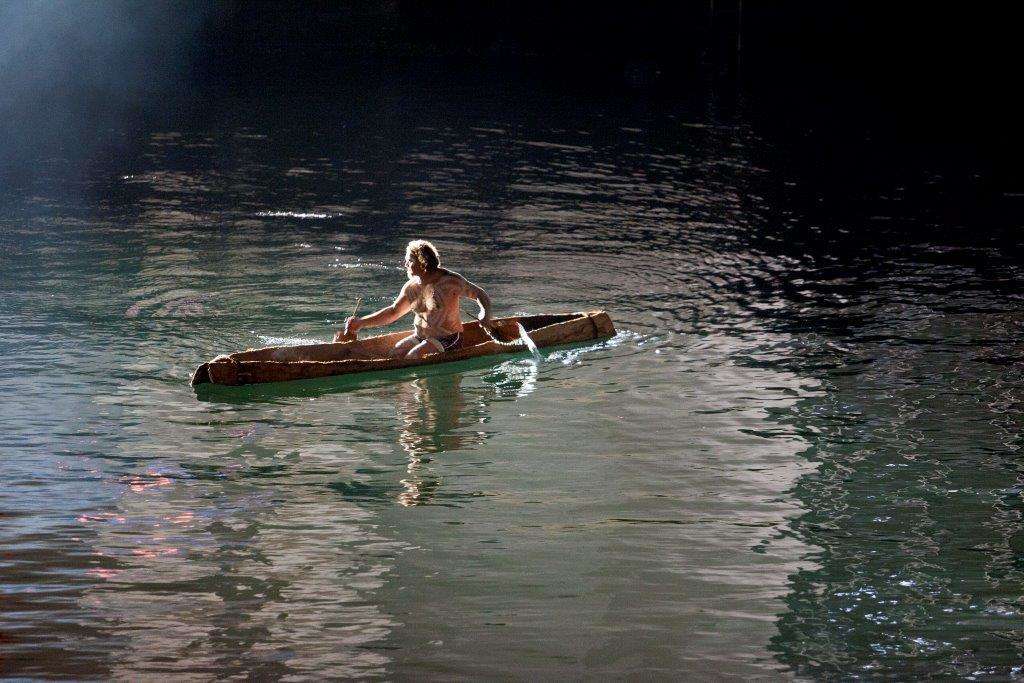 On 26 January the museum has often sailed the HMB Endeavour replica in the Tall Ships Race on Sydney Harbour. This year, Endeavour will not be out, but another important vessel linked to the museum will be involved in the 26 January events.

At 7.30am on Thursday at Barangaroo Reserve a bark canoe – or nawi in the Sydney Aboriginal language – will bring ashore a small fire from the Tribal Warrior vessel. The fire will be lit as part of the WugulOra (One Mob) ceremony that will begin Australia Day events in Sydney by ‘recognising our shared history’. Previously held at the Opera House, WugulOra will be at the new Barangaroo parkland site for the first time this year. 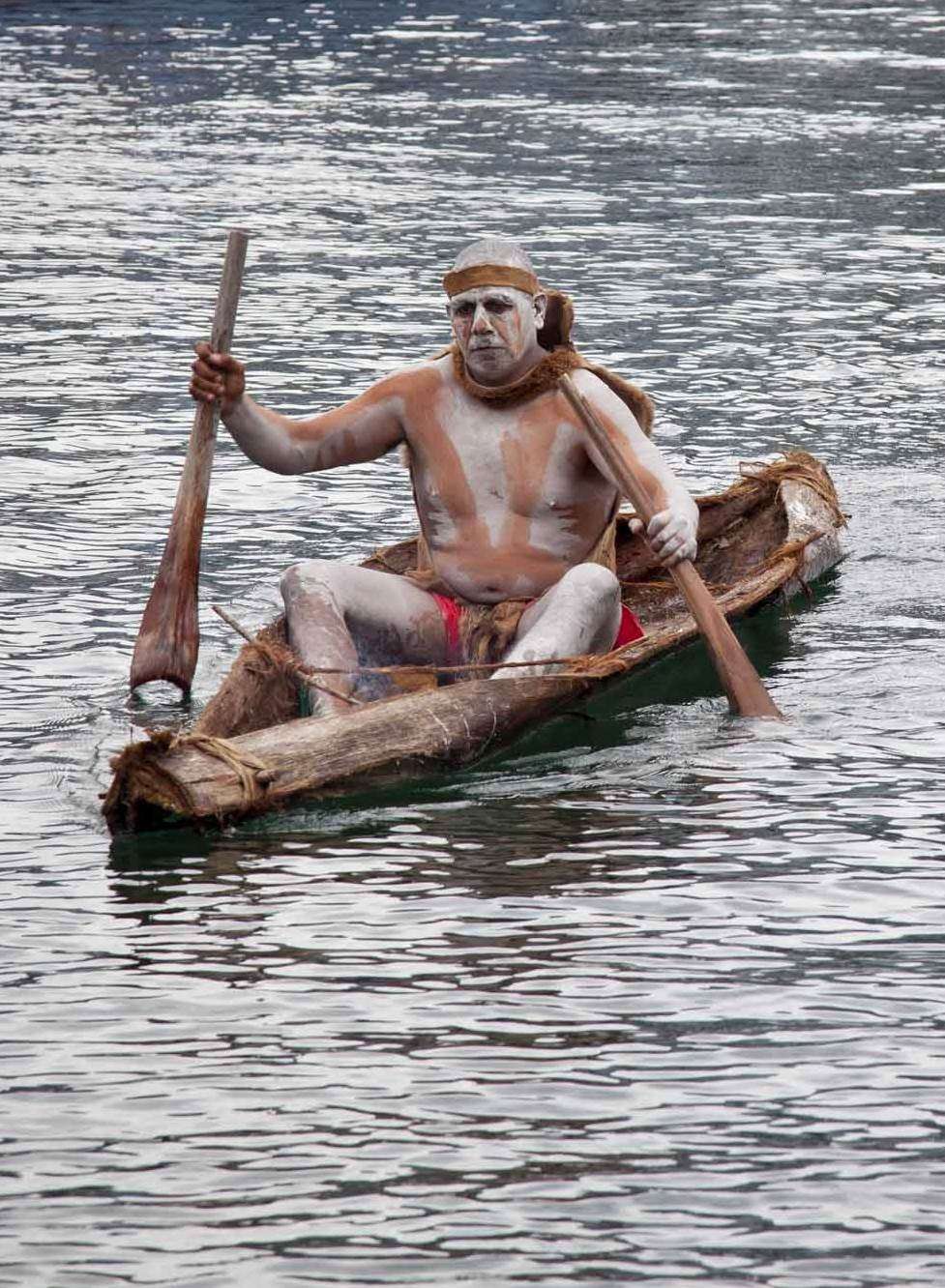 For many Australians, Australia Day – the 26th of January – has become a day of celebration. But for Aboriginal and Torres Strait Islander people, Australia Day has very different meanings. It is not a day for celebration but a day for remembering. The arrival of the First Fleet in 1788 marked the beginning of what many believe was an invasion of their country. January 26 represents a day on which Aboriginal and Torres Strait Islander peoples’ way of life was changed forever.

Whether in the most remote region of Western Australia or in the heart of the city of Sydney, most Aboriginal and Torres Strait Islander people think of 26 January as Invasion Day or Survival Day, or both. As one young boy recently said; ‘It’s embarrassing. It’s like people celebrating the day that your people got slaughtered or invaded and really bad things happened. It’s really sad.’ Sadness is not something many of us think about Australia Day.

Yet it is also a day to be positive – to remember and recognise the survival of Aboriginal and Torres Strait Islander peoples and their cultures through over two-hundred years of colonisation, warfare, racism and oppression. It is a day to recognise that they have made, and continue to make, valuable contributions to Australian history and society.  As Amy McGuire notes, Aboriginal people had the world’s first art galleries, sophisticated mathematics and physics, were the first astronomers, had the world’s oldest burial rituals, were the first farmers, the first bakers, and – as we now move to World Heritage Listing for the Budj Bim Cultural Landscape – Aboriginal people had architecture; buildings and other stone and timber arrangements that are older than Stonehenge.

Aboriginal and Torres Strait Islander people also had – and continue to build – an amazing diverse array of watercraft, wonderfully suited to the different environments, conditions and waterways around the country. 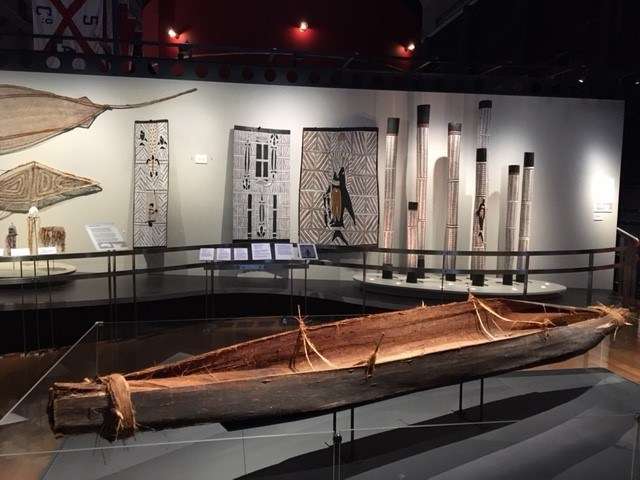 This tied-bark nawi on display at the museum was made in 2014 by students from Lawrence Hargrave School. Image: Andrew Frolows/ANMM.

As the recent controversy over the latest Australian Lamb advertisement has highlighted, Australia Day remains a difficult moment. Participation in these events can be part of a growing recognition of Aboriginal and Torres Strait Islander people as our First Peoples. But it can also gloss over the years of conflict and warfare conducted in defence of their country and the many massacres of Aboriginal people.

The 26th of January – initially called ‘Foundation Day’ – was chosen as a day to celebrate in the early 1800s at a time when the First Australians were dismissed as being irrelevant to the ‘progress’ of a modern Australia. For these reasons, there have been calls to change the date of Australia Day.

It is important that the museum engages with both Australia Day and the histories associated with it. The arrival of European ships on Australian shores from the 1600s, the Endeavour’s east coast survey in 1770, the arrival of the First Fleet in 1788 and the settlement of coastal Australia through the 1800s is all very much part of Australia’s maritime history. As custodians of the Endeavour replica, the museum has an important role in interpreting not just the history of life on board an 18th century ship, but also the clash of cultures that occurred as the Europeans arrived on Australian shores.

Like Australia Day itself, the Endeavour is imbued with many different meanings – from the interpretation of Cook’s incredible journeys around the world to the representation of a colonialism that disregarded the original inhabitants of Australia in claiming possession of their lands. Many people see Cook as a great navigator. Many Aboriginal people see him as a pirate or even a thief.

Reg Mombassa presents “Jim Cook” in the style of a ‘Wanted’ poster, as a law breaker, not the heroic explorer we are used to seeing. ANMM Collection 00054583. Reproduced courtesy of Reg Mombassa.

As a solitary bark canoe edges towards the Barangaroo shore in the early morning of 26 January this year, all these historical connections with the present will be held in the small but symbolic hearth fire on board the vessel. Nawi like this once plied the waterways of Sydney in numbers – to the delight of the early European colonists, who described it as a wonderful night time sight of twinkling firelights dotted across the harbour. As we watch the fireworks over Sydney it may be well to remember this other display of fire that enthralled people in 1788. 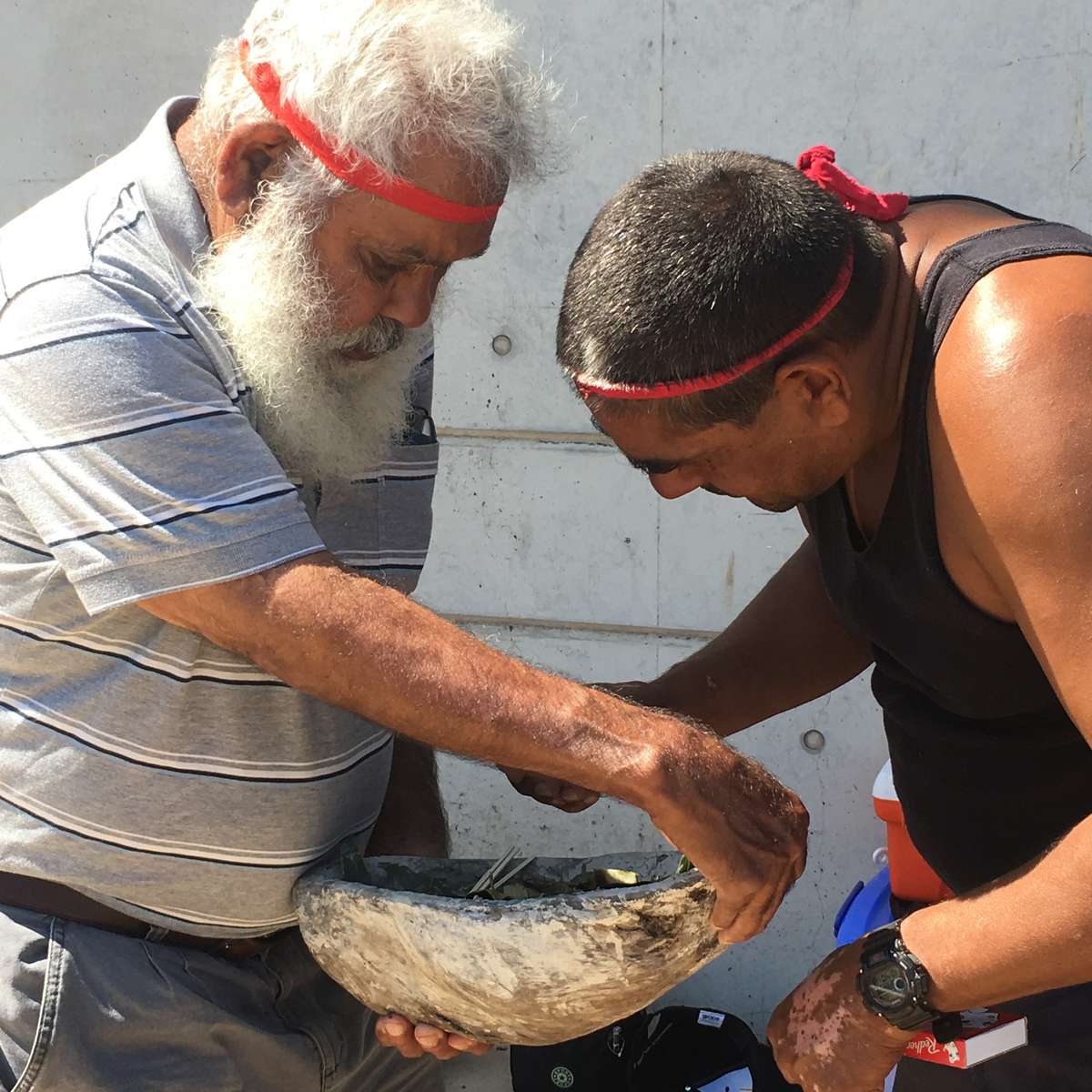 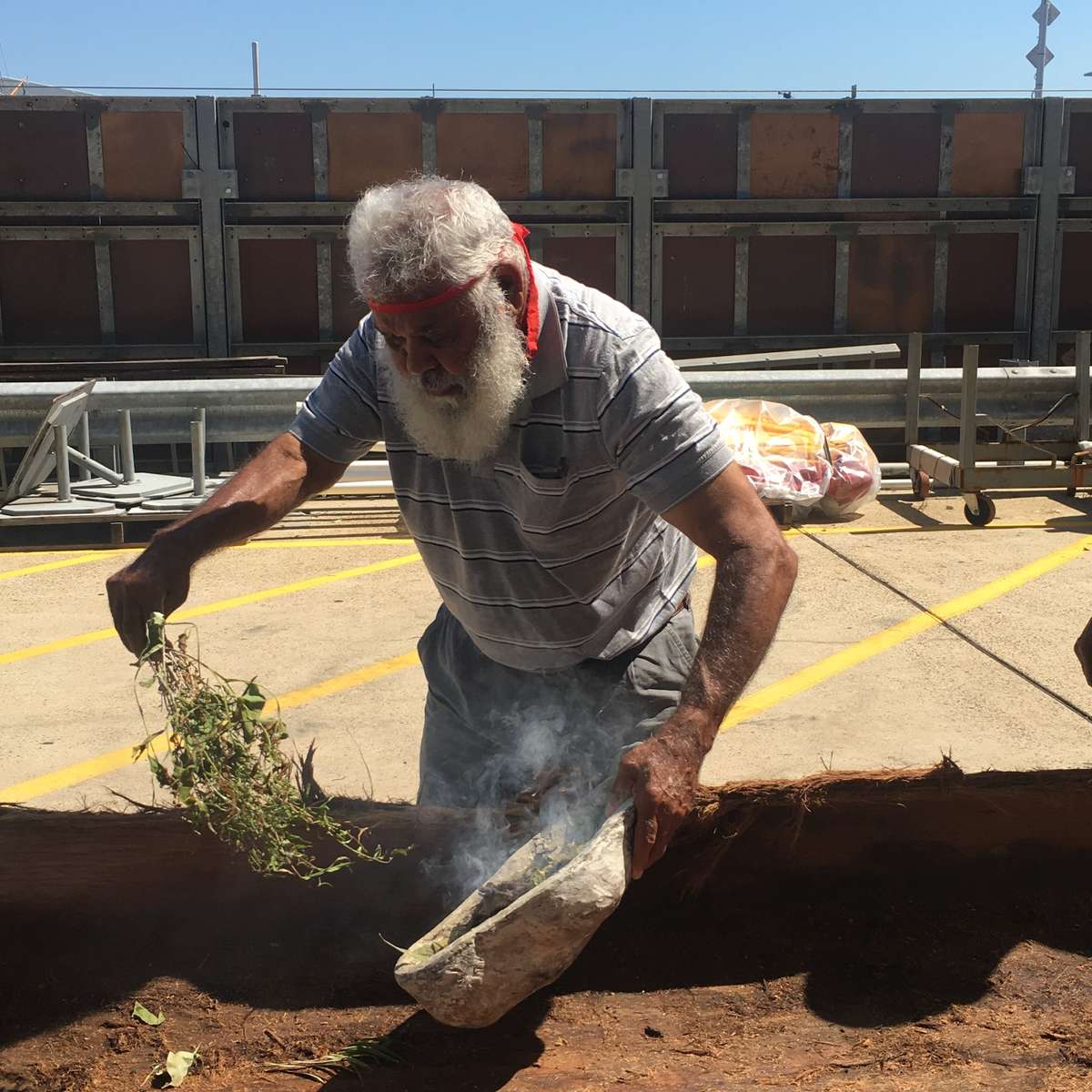 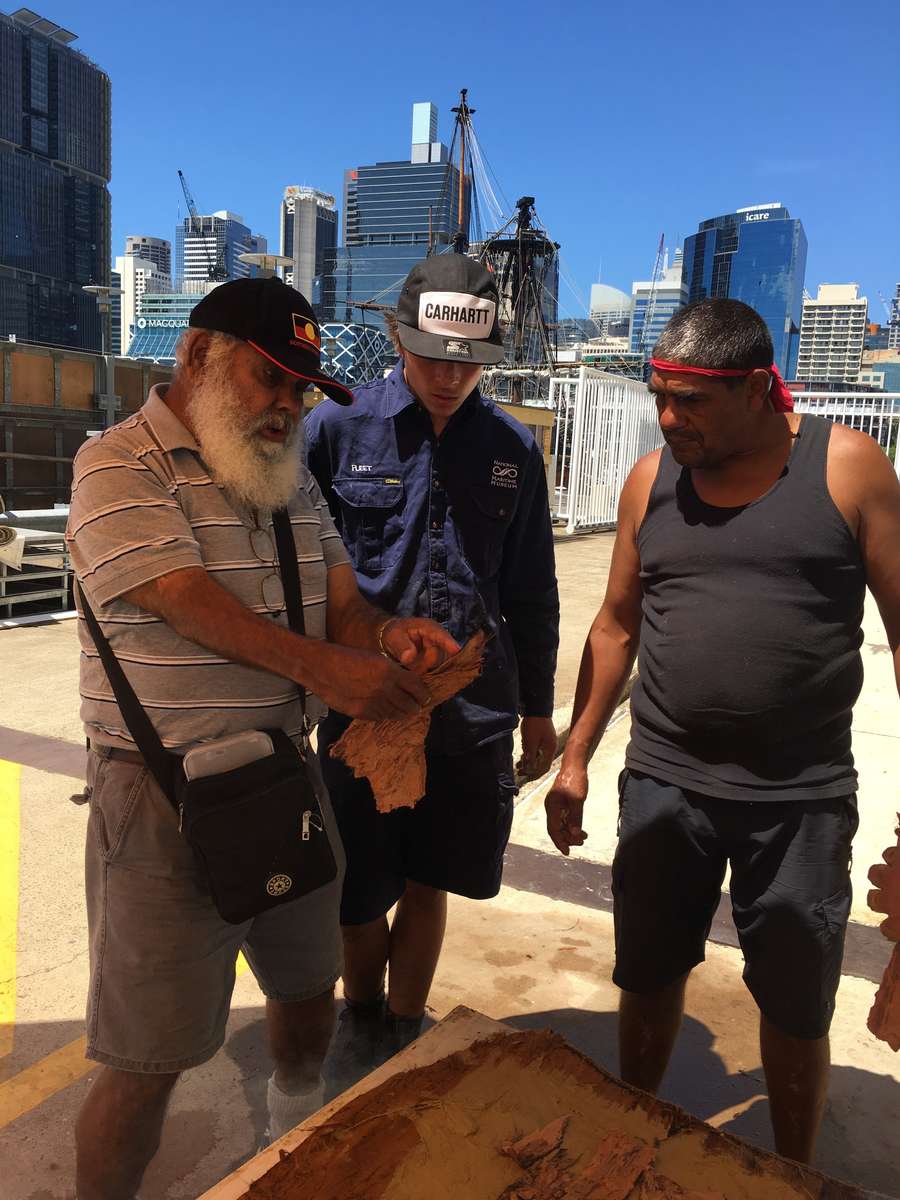 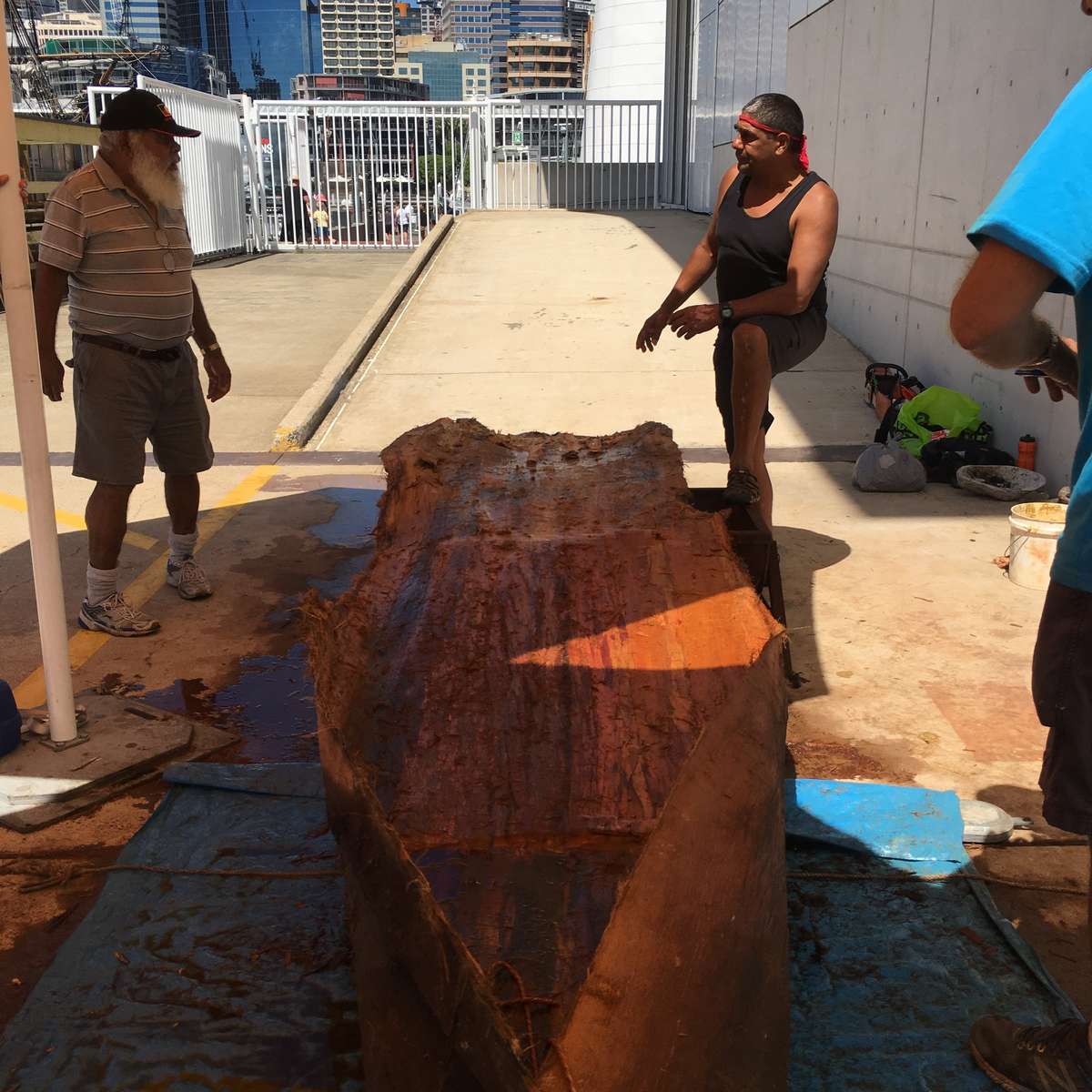 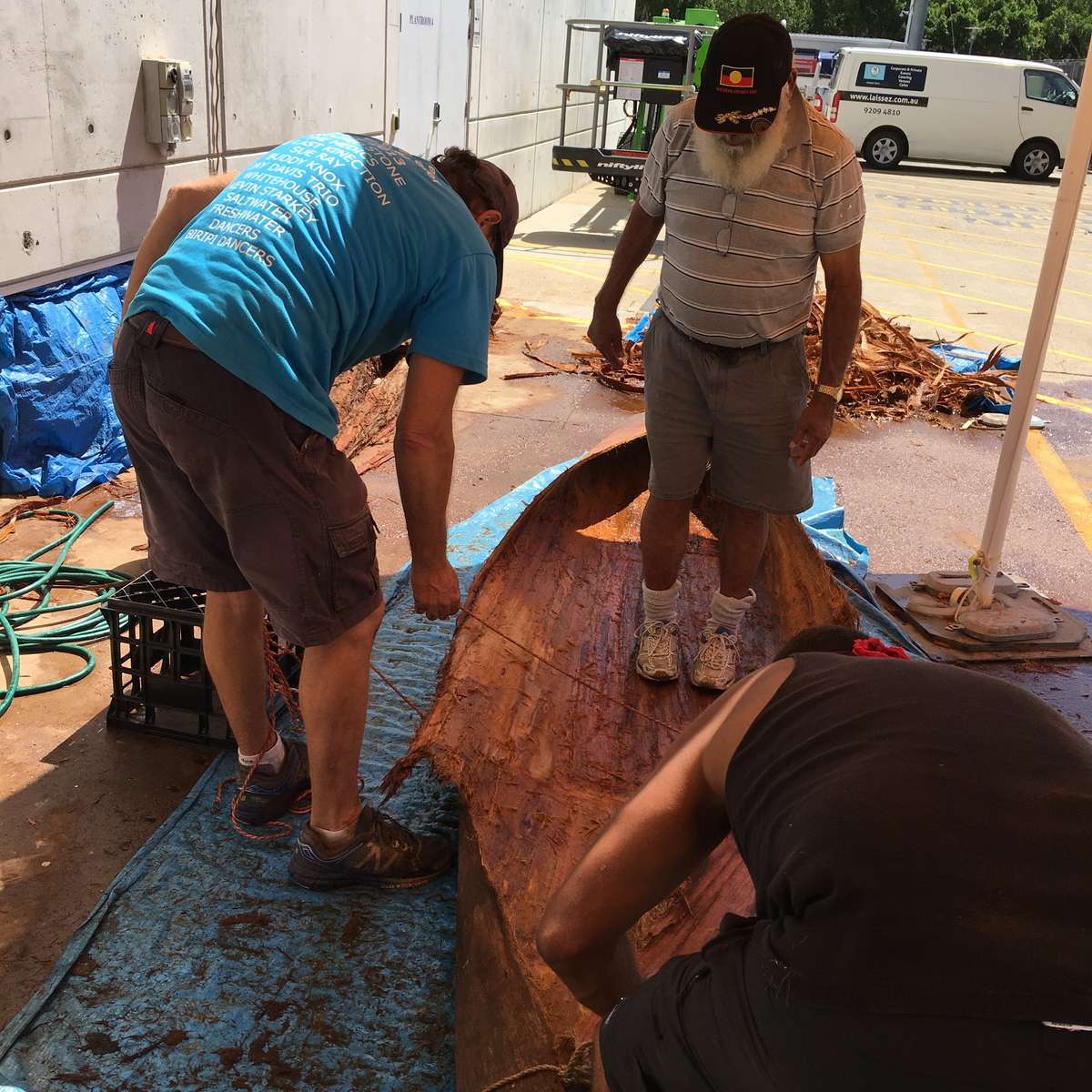 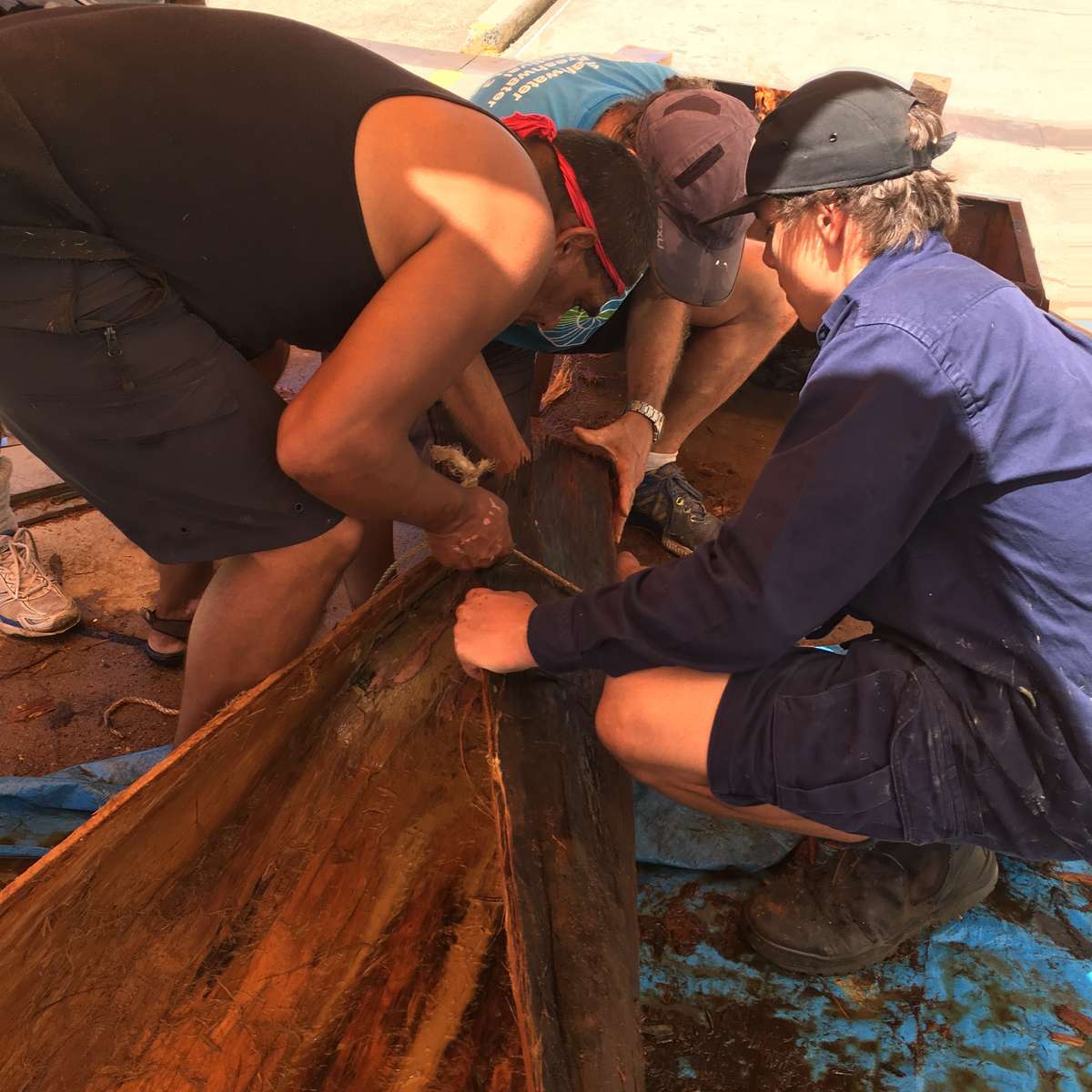 Preparing a nawi at the museum for the January 26 WugulOra ceremony. Images: Donna Carstens /ANMM.

View all posts by Stephen Gapps→
Posted in: Indigenous , History and Colonisation
↑