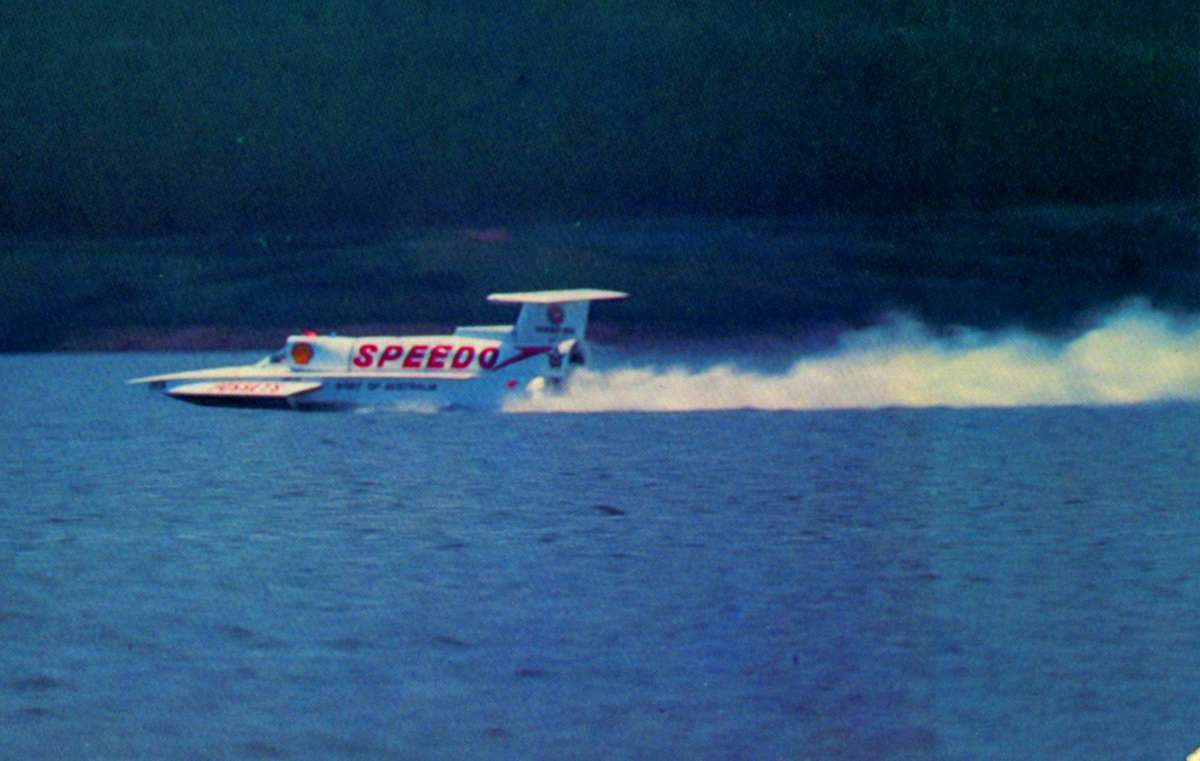 Museums are truly wondrous places. Reminding us all where we have come from. Our shared history and what humans have experienced. I have always been constantly inspired by these stories but I now find myself using them as life lessons to be held up during moments of parental pressure.

I constantly hear myself saying “Remember Shackleton? He didn’t whine and he really was tired, hungry and freezing! Or Kay Cottee? She was alone for months at sea without an iPhone!” But one of my personal favourites to pull out is the story of Ken Warby. Because Warby never cared what anyone else thought. He never changed who he was to get what he needed to get done.

For years Warby went his own way, building an 8.2-metre boat in his backyard with a J34 Westinghouse jet engine to top it off. His neighbours and wife must have despaired. But he doggedly chased down his dream of becoming the fastest man on water. Warby scrimped and saved to get his boat SPIRIT OF AUSTRALIA ready to be launched. Then to get it to run fast on the water. Then even faster. 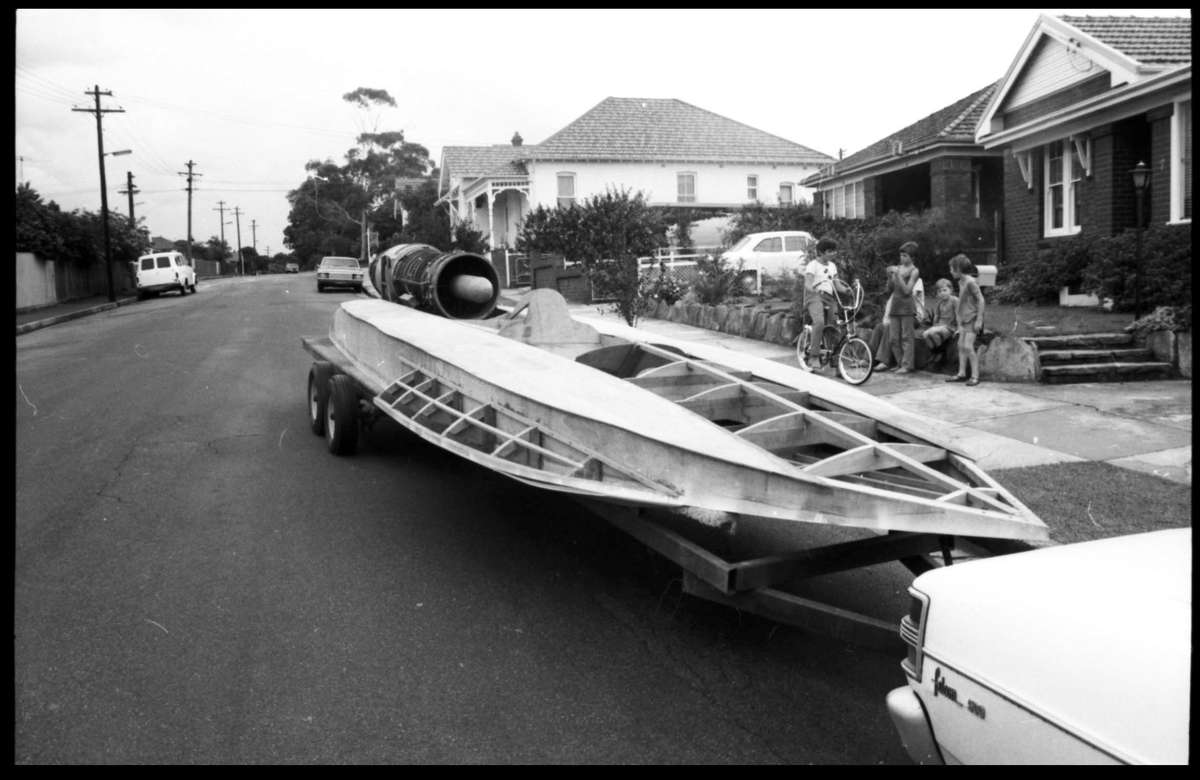 SPIRIT OF AUSTRALIA in progress on Warby’s street where the locals were used to the dream taking shape in their midst. ANMM collection ANMS1163[332], courtesy of Graeme Andrews.

And he did it. SPIRIT OF AUSTRALIA, now displayed in the museum’s foyer (see below), is still the world’s fastest boat… and has been since 1977! Considering the land speed record has fallen numerous times since then, air speed records have crept up to previously unimaginable numbers, the fact that a boat built 40 years ago in a suburban backyard has held a world record for so long almost defies belief.

Designed, built and driven by Warby, the story behind SPIRIT OF AUSTRALIA is as much a part of the boat as the world water speed record. It is because Warby’s story can resonate with all of us. Giving up was not an option for him. He faced constant obstacles and frustrations. Even when publically ridiculed, criticised or pointedly  ignored, Warby kept going.

Warby gave up his job and began towing SPIRIT OF AUSTRALIA around to shopping centres in an effort to raise funds. He would have lost count of the incredulous naysayers he constantly encountered. Having to endlessly explain to people how it could be done, what SPIRIT OF AUSTRALIA was, what it would do and the big question: Why Warby was doing it the first place? Sponsors were wary and kept away. The death rate was high in water speed records and there was little promotional incentive to back such an unorthodox scheme. 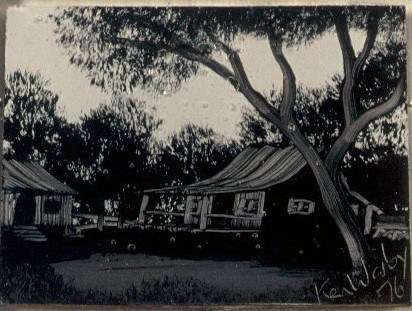 Warby had to find new ways to fund his dream, including taking up landscape painting to sell in shopping centres. ANMM collection 00004443. Gift of Ken Warby.

But what was not understood by the uninitiated was the technical ingenuity of SPIRIT OF AUSTRALIA. Warby had detailed engineering knowledge and a remarkable natural instinct of all the elements involved. While the plans may have been drawn up on the kitchen table, they were extraordinary in their precision. Yes, SPIRIT OF AUSTRALIA may have been built by hand in a backyard and relied on second-hand engines, but the perfection of Warby’s design has literally never been beaten. There have only been two serious challenges to Warby’s record since 1978 – both of which were fatal. 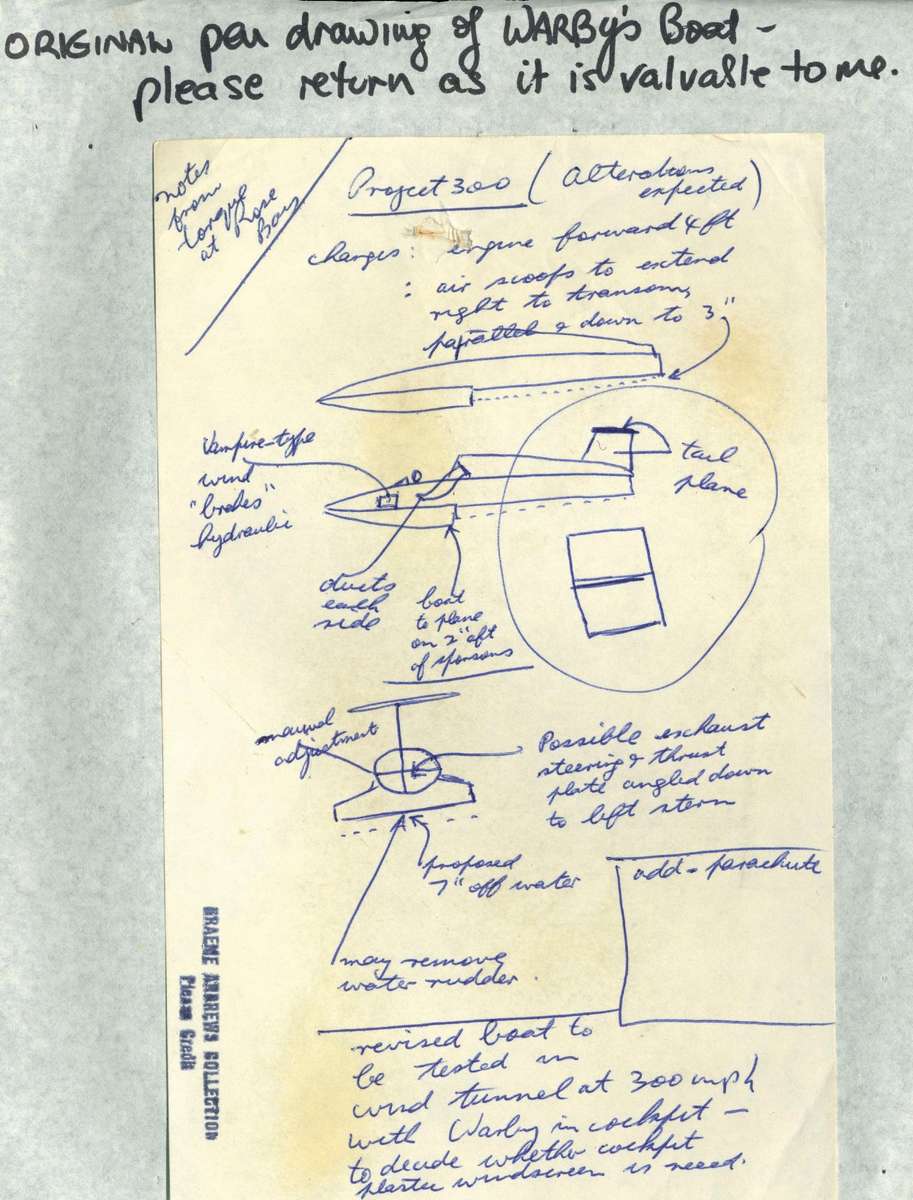 When Warby broke the Australian record, the World record and then the 300 mph barrier, you can only imagine the personal satisfaction and quiet jubilation he must have felt. Only a ten-year journey, sustained on self-belief can give that feeling of vindication. 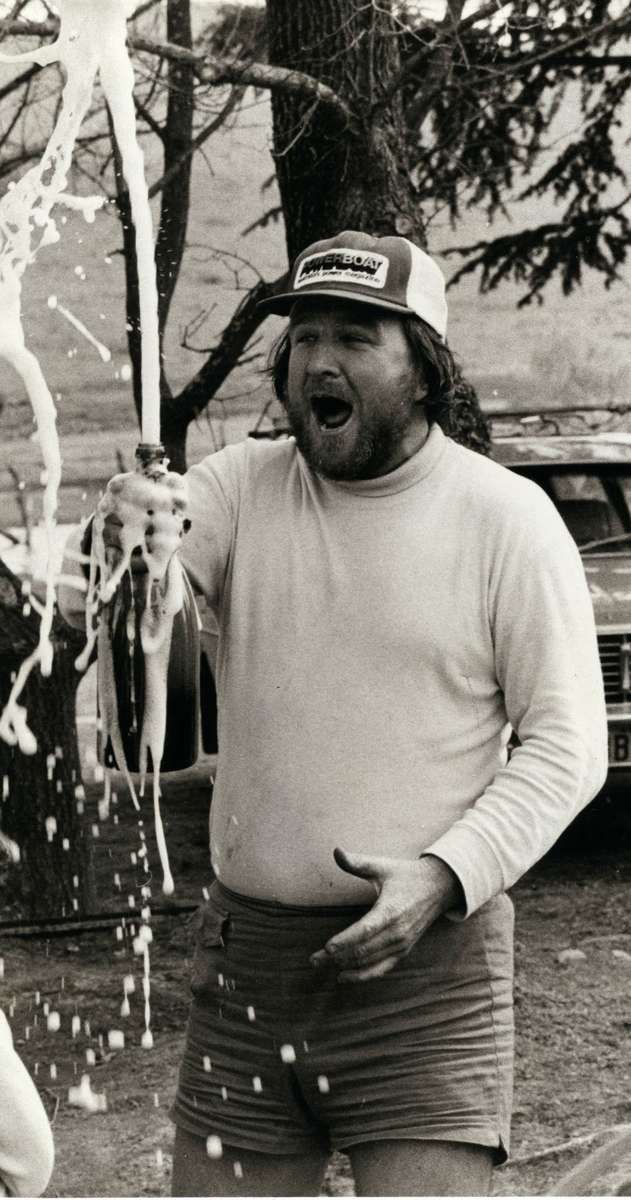 What hard earned success feels like. Warby in 1978 knowing he has done it. ANMM collection ANMS1163[288], courtesy of Graeme Andrews.

So the next time you are at the museum, take a moment to think about some of the life lessons that these objects and artefacts are a testament to: Resilience and determination. Sacrifice and fear. Faith and hope. They are all here to inspire us and be added to the font of parental wisdom.

Want to find out more stories of resilience? Why not check out our collection online (Warning: you might lose a few hours doing this).

View all posts by Myffanwy Bryant→
Posted in: From the collection , Vessels
↑