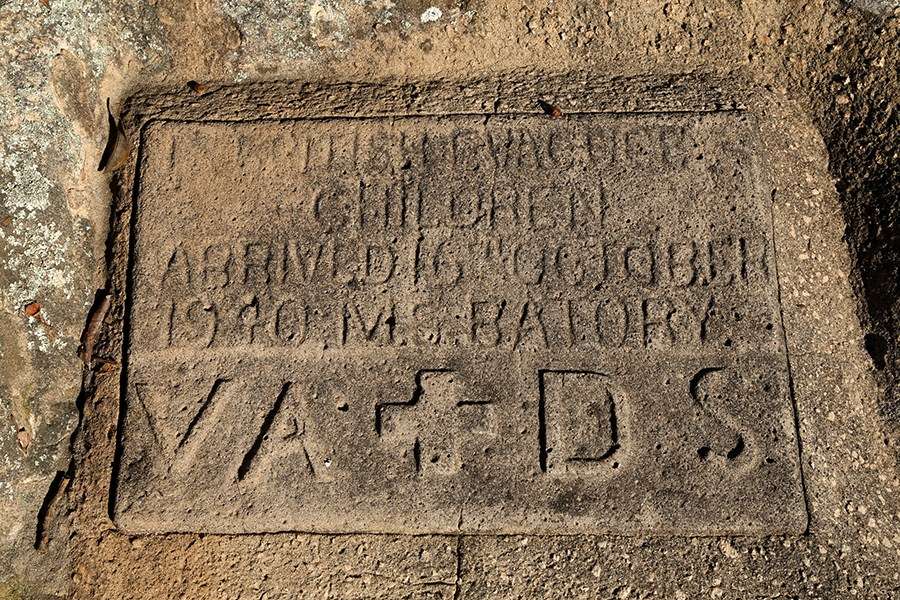 This memorial to British children evacuated to Australia in 1940 also commemorates the local women who looked after them at Sydney’s Quarantine Station. Image: Ursula K Frederick, Sydney Harbour National Park.

In fact, despite outbreaks of influenza, measles and ‘school sores’, the Batory was never quarantined. Rather, for the British children it rushed to Sydney in 1940, North Head represented a safe haven from German bombers and invasion scares. 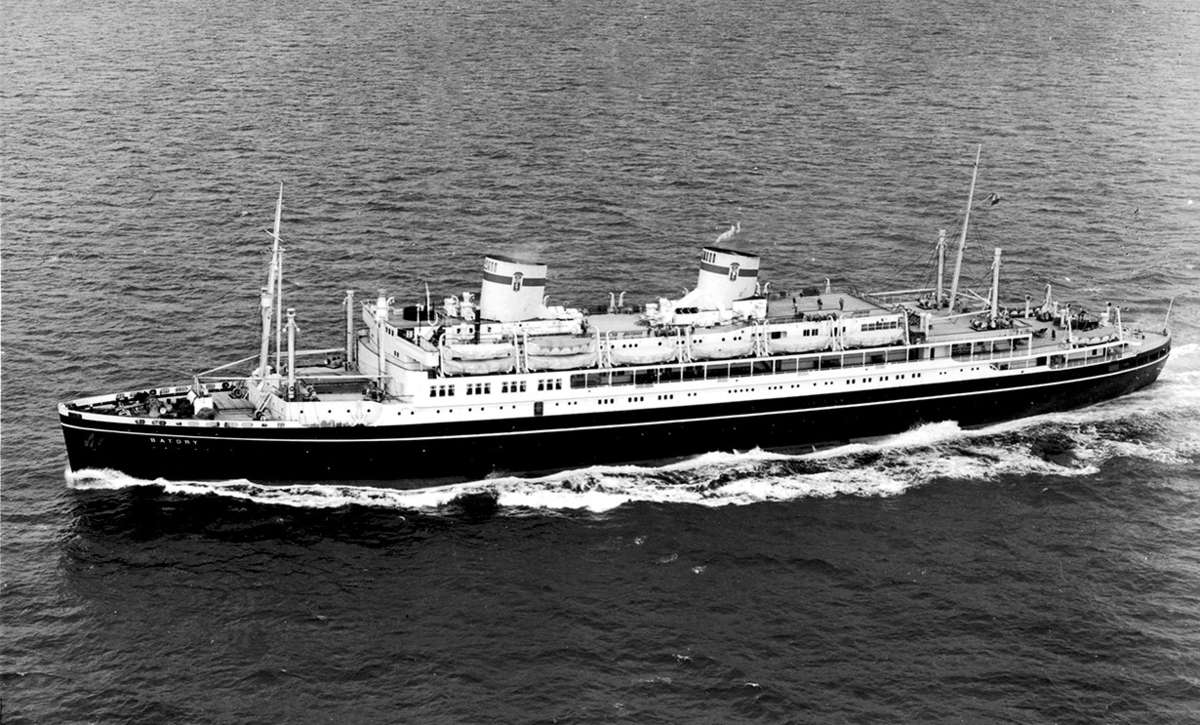 Escaping capture when Poland was overrun in 1939, the Batory – named after a 15th-century Polish king – was commandeered by the British authorities in August 1940. ‘We saw, suddenly, a crocodile of children!’ remarked the ship’s purser, as 477 young Britons aged between five and 15 filed aboard, alongside 38 volunteer adult escorts. Requisitioned to carry evacuees from Liverpool to Australia under the auspices of the Children’s Overseas Reception Board (CORB), the liner also conveyed 600 British troops destined for Singapore. 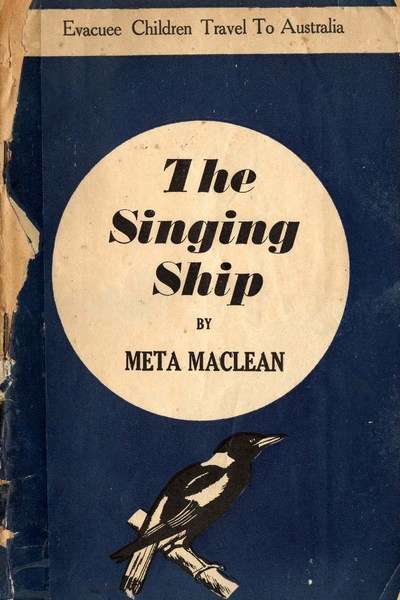 The story of the Batory children was told in this light-hearted wartime account by one of the on-board escorts. 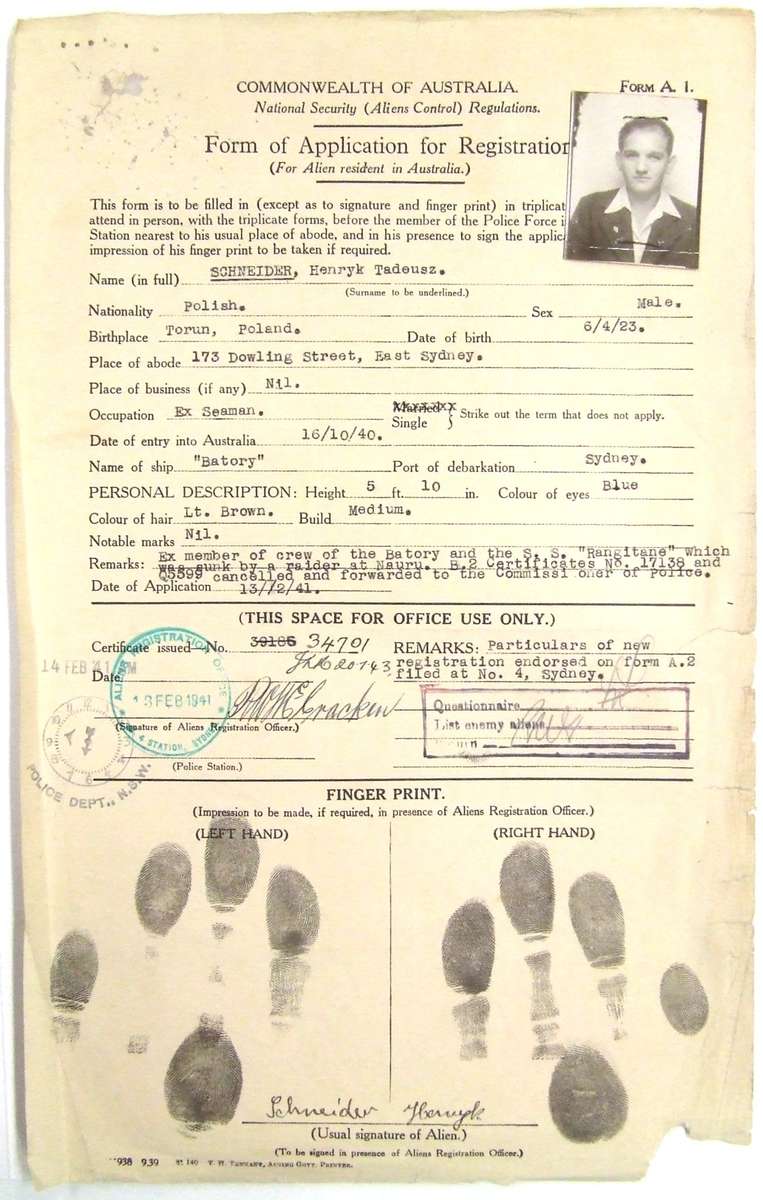 By the time it slid into Sydney Harbour on 16 October 1940, the Batory was known as ‘the singing ship’ for its onboard concerts. After arrival, more than 100 children were taken to the largely vacant Quarantine Station, where they were met by women from the local Red Cross Voluntary Aid Detachment (VAD). 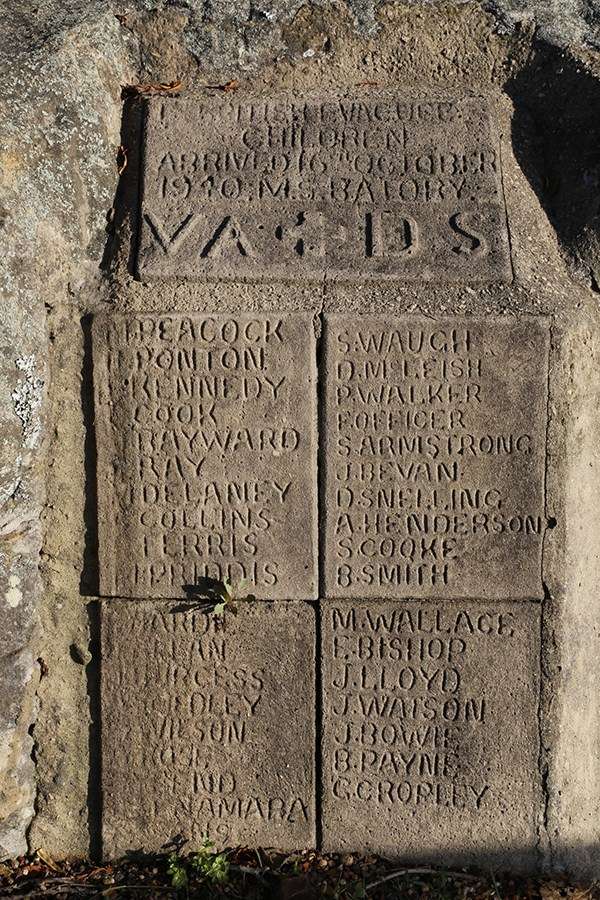 Although some are now obscured by erosion or road re-surfacing, the names of 37 VAs were carefully documented in this impressive inscription. Image: Ursula K Frederick, Sydney Harbour National Park. 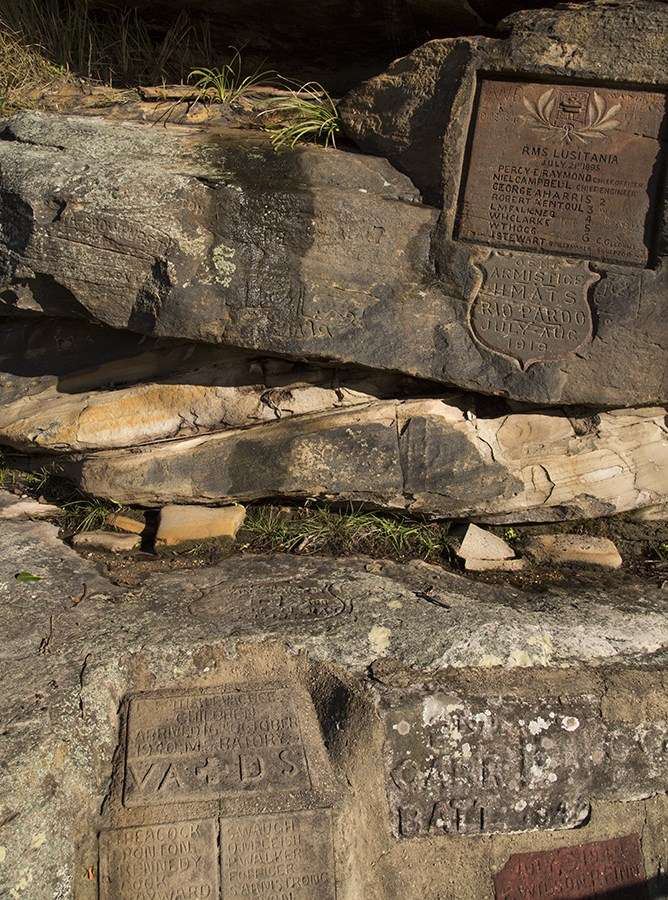 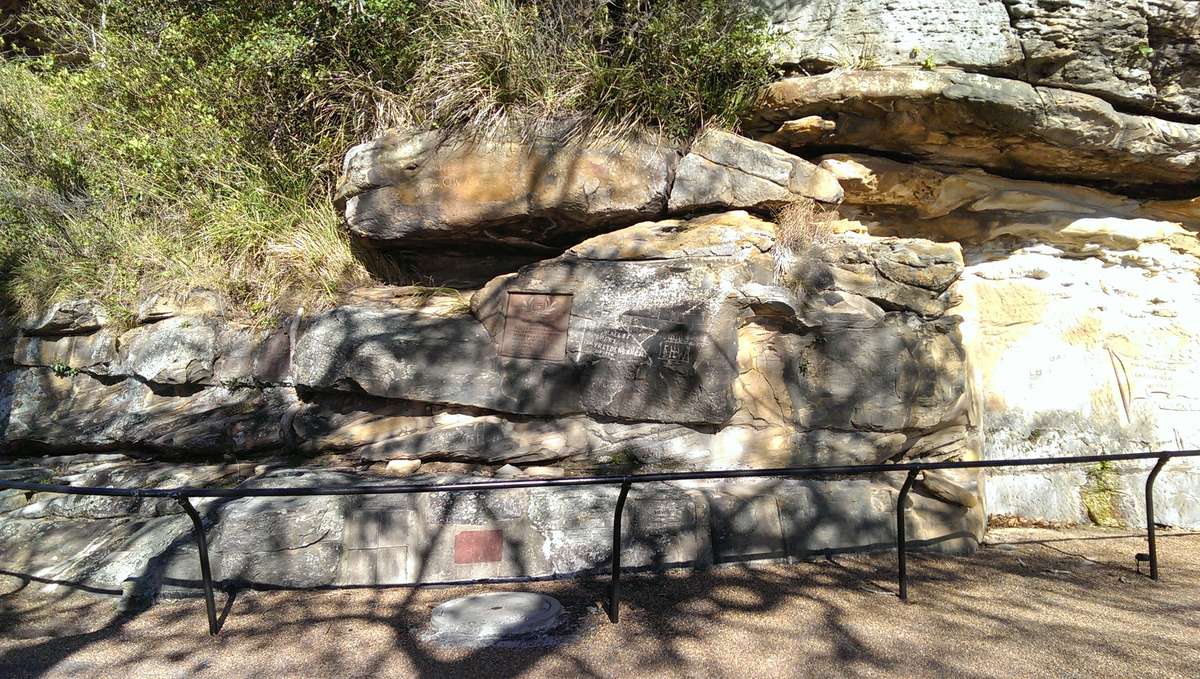 Dating from 1863 to 1975, hundreds of inscriptions in the Quarantine Station’s wharf area have their own stories to tell. Image: Peter Hobbins, Sydney Harbour National Park.

Indeed, the names set in concrete are not those of child evacuees or their escorts, but the local VAs who cleaned and catered for and comforted them. ‘S. Waugh’ is probably da Silva Waugh, Senior Commandant of VAs in New South Wales, who assisted ‘cookery expert’ Olwen Francis in preparing ‘nourishing menus for the children’. 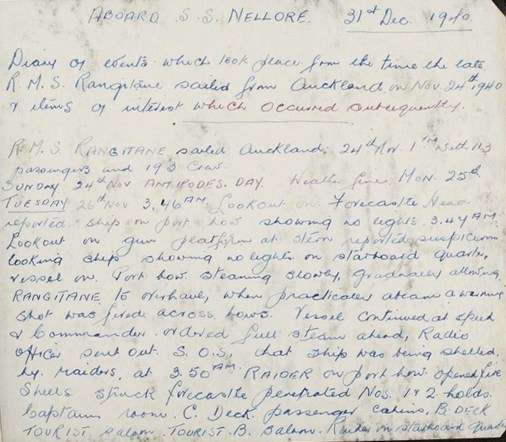 Ruth Mannington was a stewardess aboard RMS Rangitane when it was shelled and sunk by German raiders on 26 November 1940. Image: Australian National Maritime Museum, 000051287.

Sydney’s VAs accompanied many Batory children to new homes as far afield as Nimbin, Grafton and Brisbane. Most of the young refugees did not return to Britain – or their parents – for five years. While many enjoyed a safe, spacious and well-fed life in Australia, others never coped with the adjustment, moving through a series of foster homes. 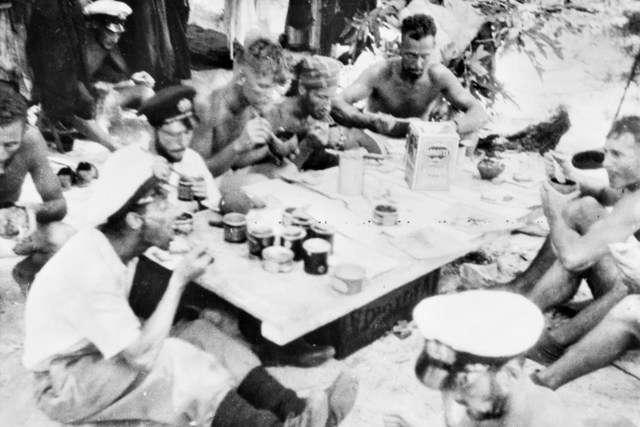 Crews from several ships targeted by the Komet and Orion were deposited on remote Emirau Island in December 1940. Image: Australian War Memorial, image 305620. 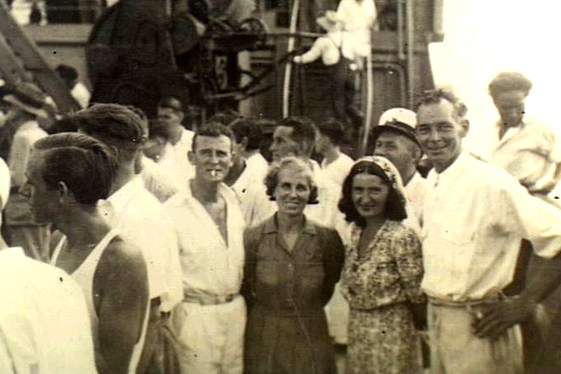 These women, possibly escorts from the Batory, were rescued from Emirau by the SS Nellore, itself sunk by a Japanese submarine in 1944. Image: Australian War Memorial, image 005099.

In contrast, the Batory’s adult escorts soon shipped out for home. Sadly, sailing aboard another CORB liner, the RMS Rangitane, they were intercepted north-west of New Zealand by the German raiders Orion and Komet. Several escorts were killed and many wounded when these enemy ships sank the RMS Rangitane. The German commander, Konteradmiral Robert Eyssen, was nevertheless praised for his humane but risky act of disembarking survivors on remote Emirau Island, where most were rescued over Christmas and Boxing Day, 1940.

— Dr Peter Hobbins, Department of History, The University of Sydney

Peter’s new book, Stories from the Sandstone, was written with archaeologists Ursula K Frederick and Annie Clarke. It reveals dozens of similar tales drawn from over 1600 inscriptions carved into the rocks at North Head Quarantine Station between 1835 and 1984.

The Quarantine Station can be accessed via the Eco Hopper ferry which sails between Circular Quay and Manly. History and ghost tours of the site can be organised via the Q Station website.

View all posts by ANMM Guest→
Posted in: Migration , Vessels
↑