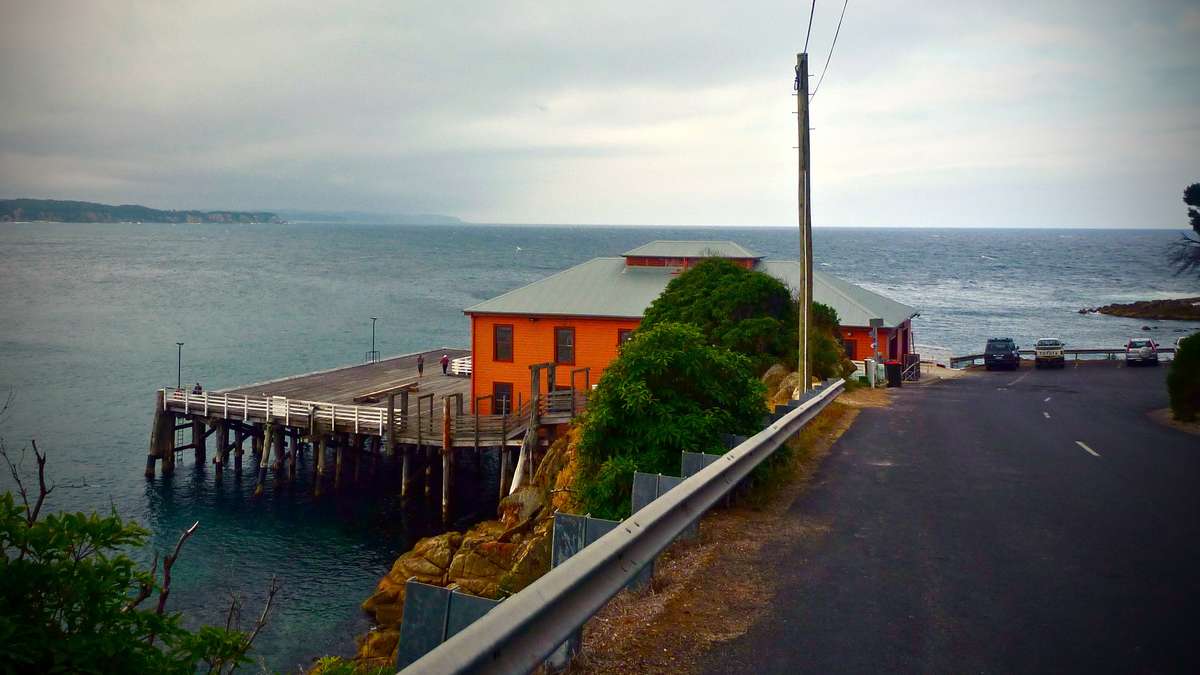 Another MMAPSS vessel inspection has just been completed by the museum’s Historic Vessels curator David Payne. Down at Tathra on the NSW south coast of NSW is an early example of a surf craft, and perhaps the first surfboat used by the Tathra Surf Club. David flew down and spent a day going over the craft and delving into its history at the Pig & Whistle Line Museum.

It is an intriguing small vessel, standing out as a skeleton stringers and deck planks, with all modesty gone, there were just a few remnants of its canvas covering, the dress that once made it watertight. Canvas is a cotton fabric, and even with a paint or oiled finish, it is not renowned for longevity when exposed to saltwater and sunlight. The loss of the fabric likely hastened the end of many canvas craft as they look quite incomplete without the covering and are probably condemned or abandoned when they still have much to tell. 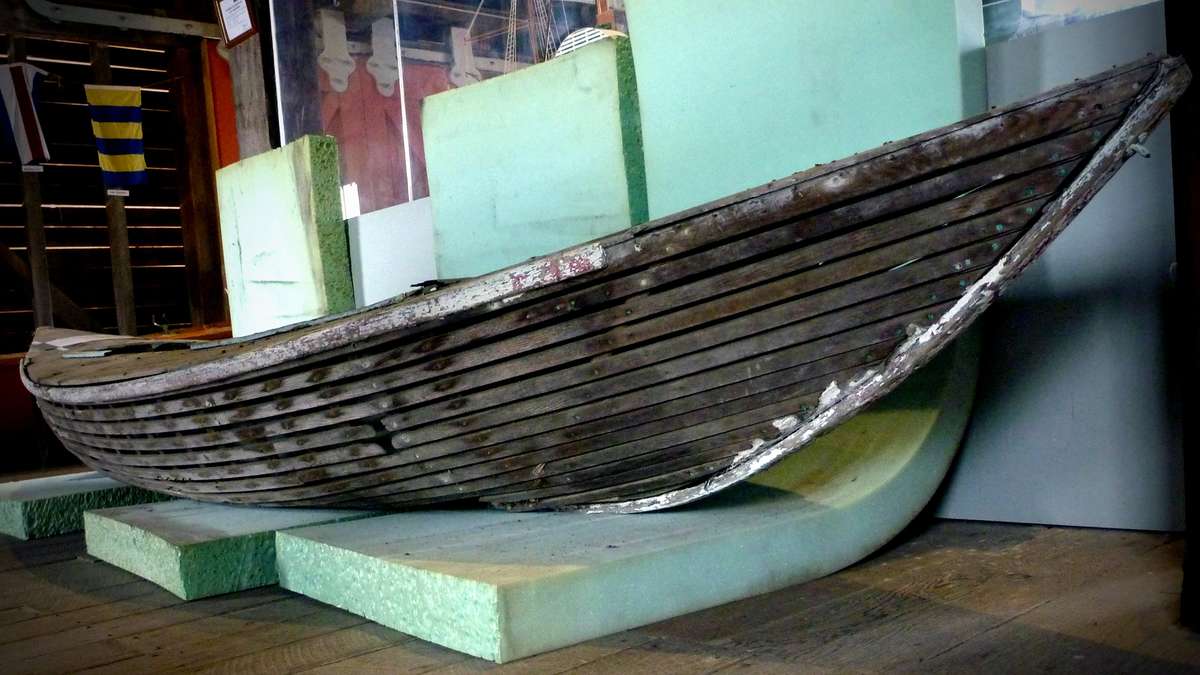 So it’s a fantastic sight to see this craft as there appear to be not very many examples of canvas and framed craft in existence.

This may also be the only surf craft of this construction still extant. It has the double-ended shape with a high rise to the ends, characteristics of early surf craft. It has a strong construction with four bulkheads, a small cockpit and an all over covering confirm it was likely to have been used in rough water such as surf conditions. Not much is known about its background, but for many years it has been noted as Tathra’s first surf boat, and the combination of characteristics help confirm it was a craft that would have been suitable for surf conditions. 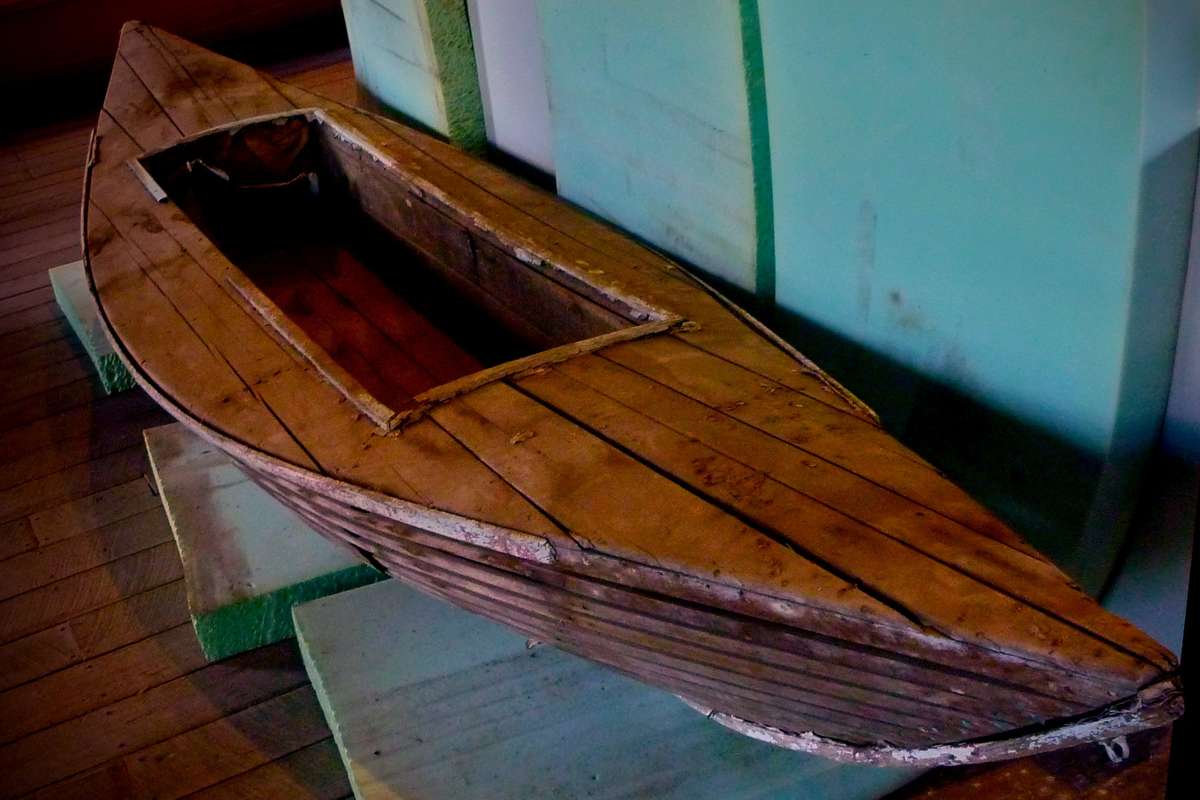 The task was to provide a Vessel Conservation Plan and compile a nomination for the Australian Register of Historic Vessels. In-kind support from the museum providing documentation and advice on a historic craft is a common form of the Maritime Museums of Australia Project Susport Scheme (MMAPSS) grant, and only 18 months or so ago I was nearby in Merimbula doing the same process for Gus Coles Oyster Punt at their local museum.

Over the day I spent time measuring the craft so I could do a plan of the vessel, assessed its condition, brought together its background and set up the ARHV form.The VCP follows our standard template: assess the significance, create an interpretation plan, then write a conservation plan that recommends what is best for the craft so it can be preserved and interpreted.

Surf craft are an Australian creation, the current SLSC craft rowed in events each year was once the standard rescue vessel but is now reserved for competition and teamwork training. A number of concepts for a suitable surf craft were tried back in the early 1900s before a standard type was evolved, a double-ended craft with high ends and buoyancy tanks, but even then the basic idea was revised and adapted in different locations. Here we have a double-ender decked over with a small well cockpit, but its small craft that encapsulates the main features of tis larger sisters and cousins, and it’s hard to determine just how it may have been employed if it was part of the club.

Tathra is a well-known south coast destination for holidaymakers and those looking for a sea change. Its long history is reflected in its wharf, a rare survivor as well, built in 1862 and restored from 1970 to 1988 by the National trust and Public Works department. I have seen this wooden structure with its two-level salmon pink brick building from out at sea decades ago when crewing on a yacht delivery to Melbourne – it was an easy landmark to spot as we ran south under a nice nor-easter. 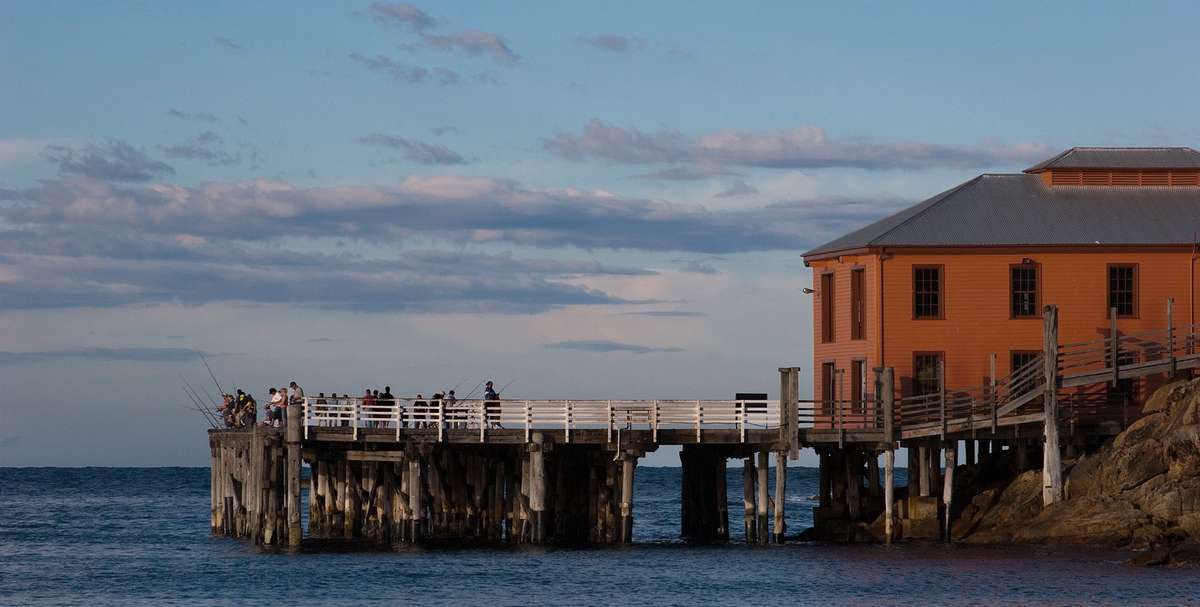 From shore and close up the architecture and engineering stand out, this too is a worthy heritage structure, restored, maintained and still very much in use by the local community. The wharf was once the connection for the community to the rest of the region; ships came and went with goods and passengers. Now it’s a tourist point of interest with a museum, café and a great spot for fishing.

The museum’s unique name comes from the time when one of the cargoes carried by the steamers was live pigs, and they went into a frenzy as the ship approached the wharf and let off its whistle.

Also at the wharf was the Stella Maris, a fishing boat from the 1920s and built locally. At one time it was used by the Tathra hotel as a boat to take patrons out for fishing trips. A major storm in 1972 damaged a number of boats. Stella Maris survived in reasonable condition but was no longer put to use. In 1992 the museum, then known as the Tathra Wharf museum, decided to take the fishing boat as an exhibit and managed to float it and its cradle around to the wharf from the nearby Kianinny Bay boat harbour, where they were both lifted via crane, up and into the building. Meanwhile, just up the hill, the famous hotel was being renovated as well – another heritage site coming back to life. 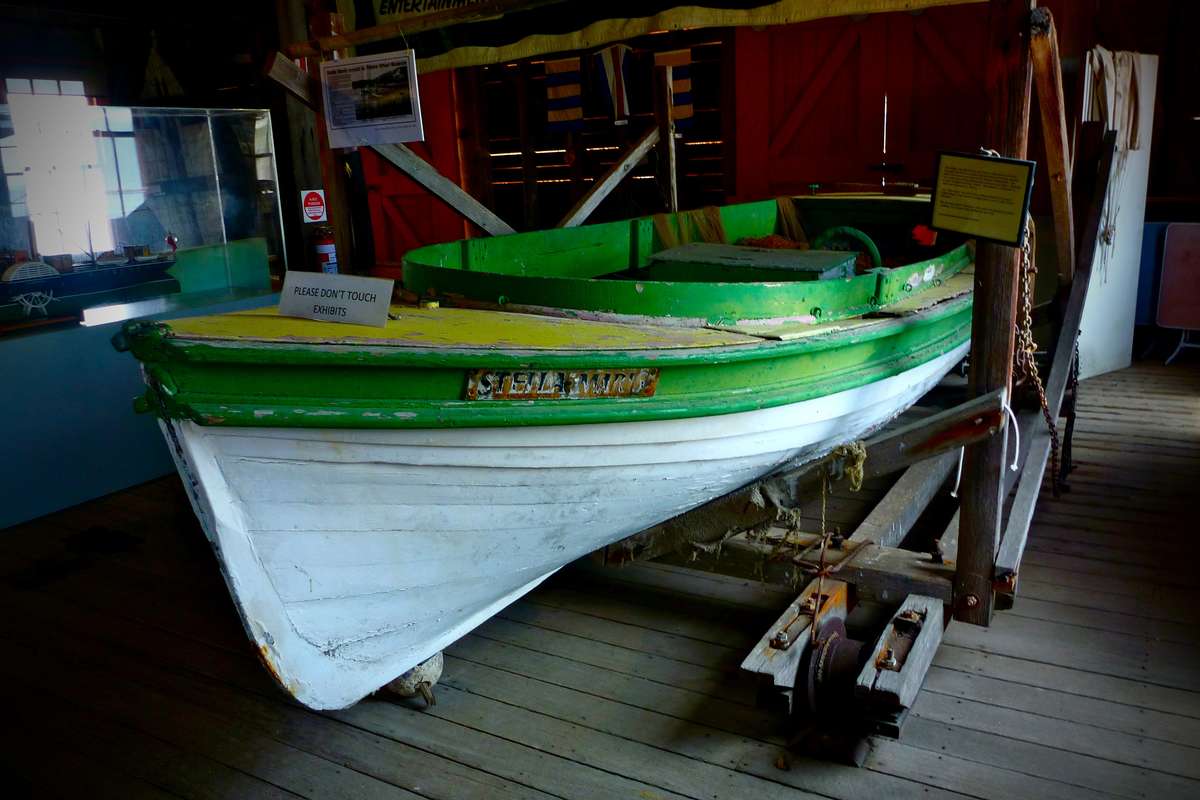 Stella Maris survived the storm in reasonable condition but was no longer put to use. Image: David Payne / ANMM.

For a long period the surf craft was in Bega at their Pioneers’ Museum, half an hour inland, and on display with a myriad of other wonderful local artefacts. Now, in the long term, the surf craft will be housed on the Pig & Whistle Line Museum at their Tathra wharf location overlooking its old surfing area.