Last Thursday night saw the launch of the museum’s latest roof projection, A chance encounter, to commemorate the 400th anniversary of Dutch mariner Dirk Hartog’s landing on the west coast of Australia in the VOC ship Eendracht. To mark his landfall on 25 October 1616, Hartog left behind an inscribed pewter plate in Shark Bay, Western Australia, which provides tangible evidence of one of the earliest European encounters with Australia. 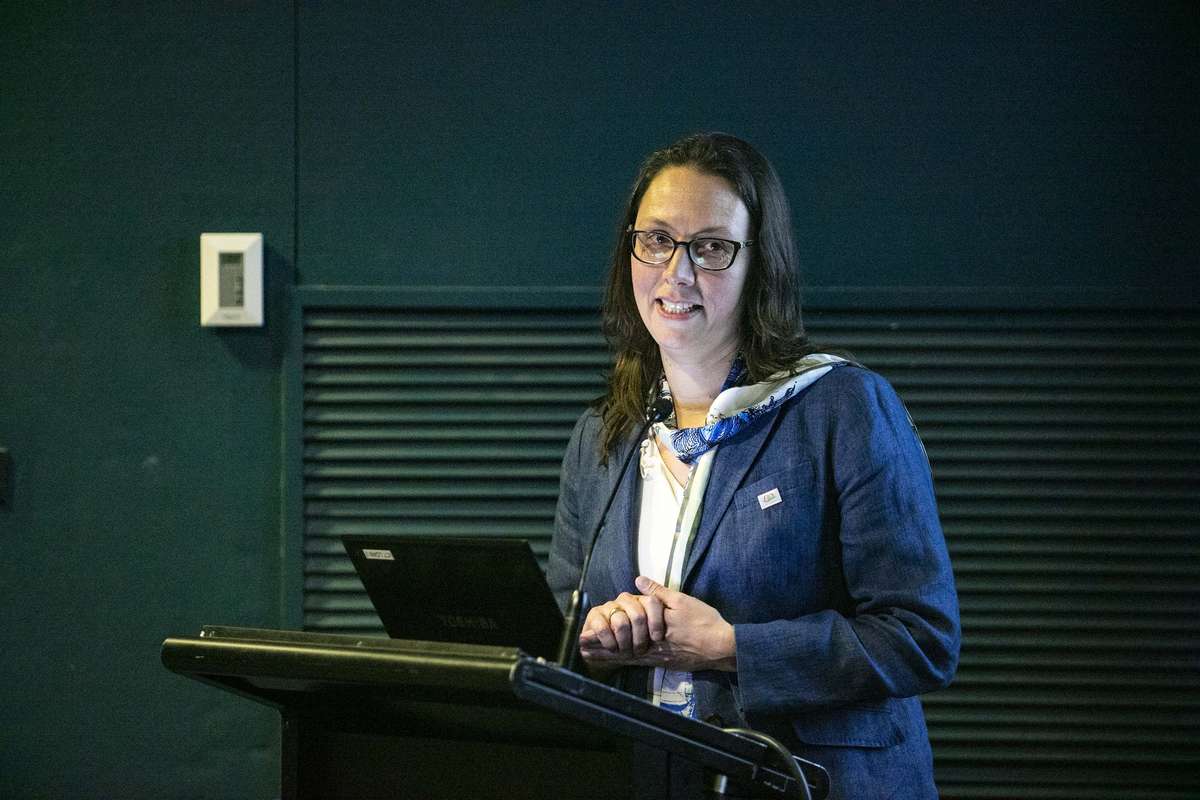 Dr Wendy van Duivenvoorde speaking about Dirk Hartog at the museum, 2016. The lecture was supported by the Dutch Consulate-General. Photographer Andrew Frolows/ANMM.

The evening began with a fascinating talk about Dirk Hartog by Dr Wendy van Duivenvoorde, senior lecturer in Maritime Archaeology at Flinders University and deputy director of the Australian Consortium of Humanities Research Centres. While much has been written over the years about the landing that would earn Hartog his unforeseen prominence, Wendy delved deeper into Hartog’s background, examining his early family life in Amsterdam, his marriage to Meynsgen Abels in 1611, and initial seafaring activities in the Baltic and Mediterranean.

Wendy presented some examples of Hartog’s signature from documents in the Amsterdam City Archives, including his wedding certificate and freight contracts for his first ship Dolphyn, which added a personal touch to the man who otherwise remains a rather enigmatic figure in the early European history of Australia. 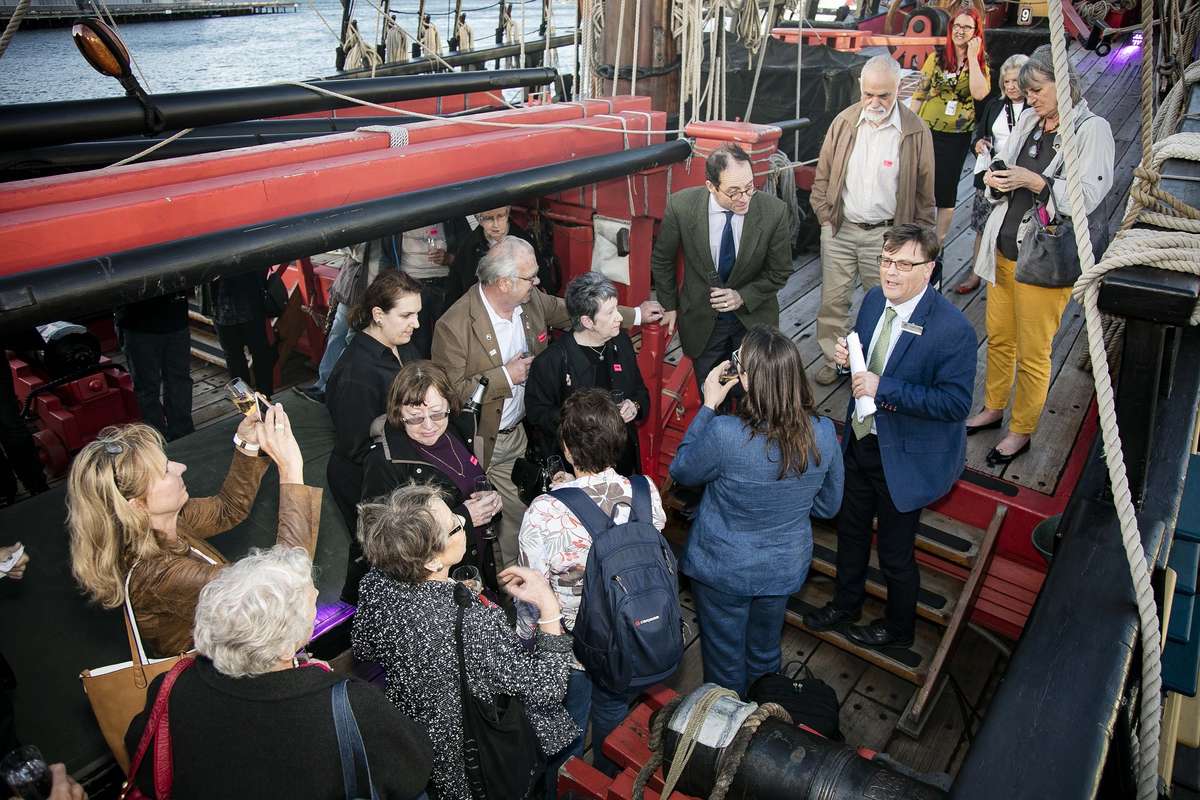 Following Wendy’s lecture, guests boarded the museum’s HMB Endeavour replica to enjoy refreshments and speeches by the museum director Kevin Sumption and Dutch Consul-General Willem Cosijn, both of whom reflected on the longstanding maritime connections between Australia and the Netherlands. Then as darkness fell, guests headed in anticipation to the Lookout atop our Waterfront Pavilion for the launch of the Hartog roof projection, which was produced in collaboration with the University of Technology Sydney and supported by the Embassy of the Kingdom of the Netherlands. 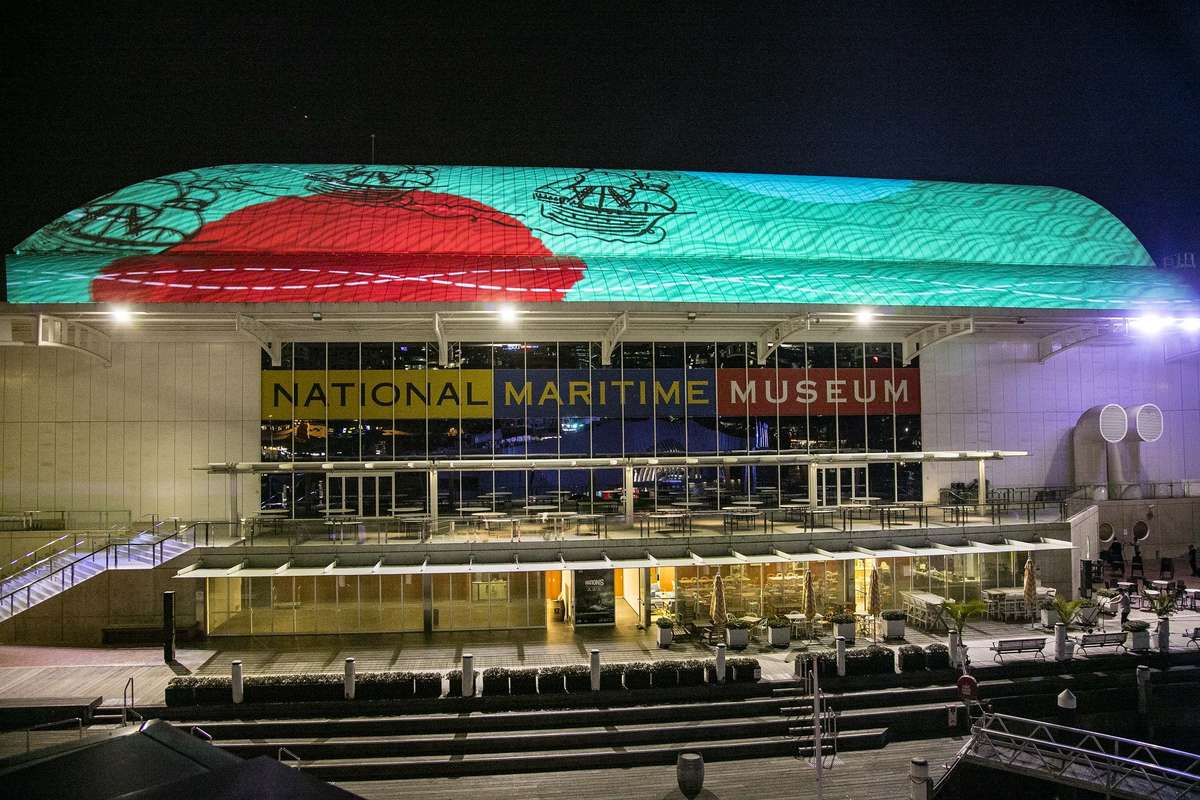 Then with the flick of a switch, Damian’s vibrant brushstrokes – evoking sails, waves and exotic spices carried on trade winds – unfurled dramatically across the museum’s iconic rooftop. Our spectacular new projection, with its illuminated colour palette and wonderful soundtrack composed by Peter Hollo, brought Dirk Hartog vividly to life on the 400th anniversary of his historic landing.

View all posts by Kim Tao→
Posted in: Events
↑