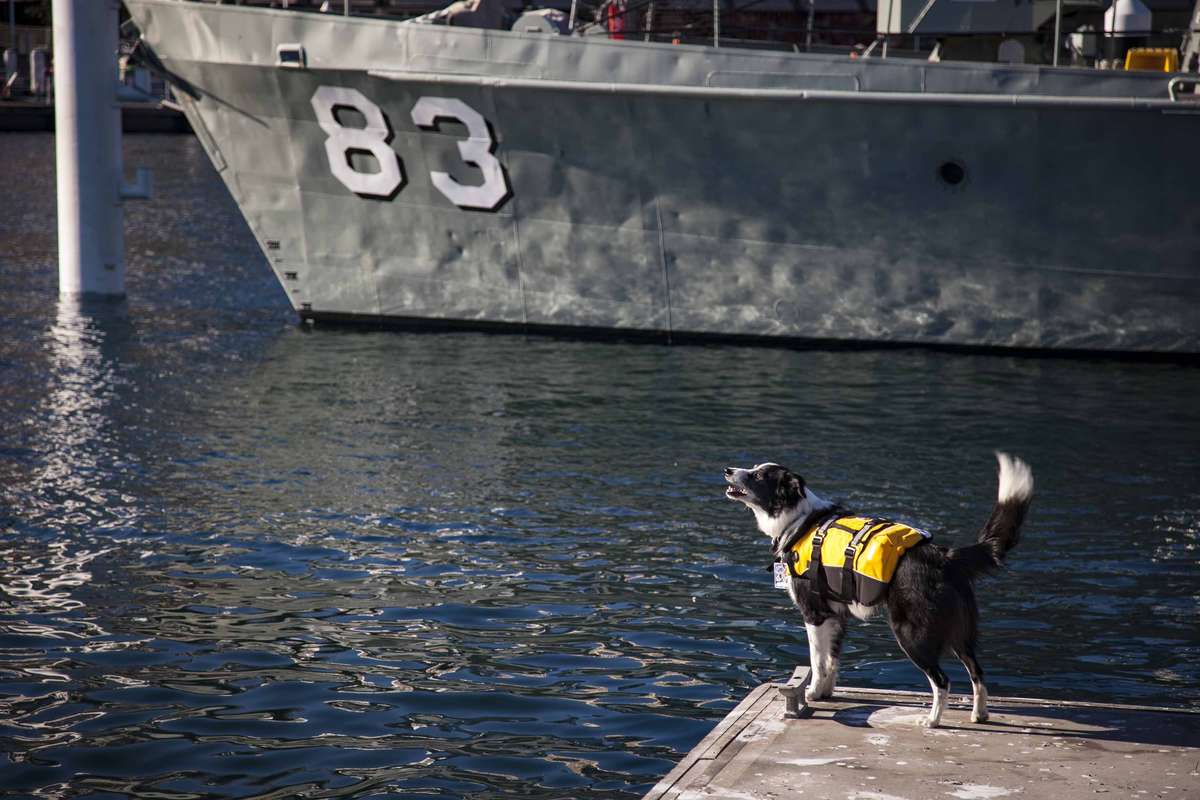 My enemies, the seagulls, have started to notice that I’m here to stay, and there aren’t as many as there used to be. When I started we had seagulls everywhere on the wharves, but now we have maybe five at a time. Those birds who’ve decided to stay have learnt to sit up on the vessels, out of my reach. Sooo frustrating! 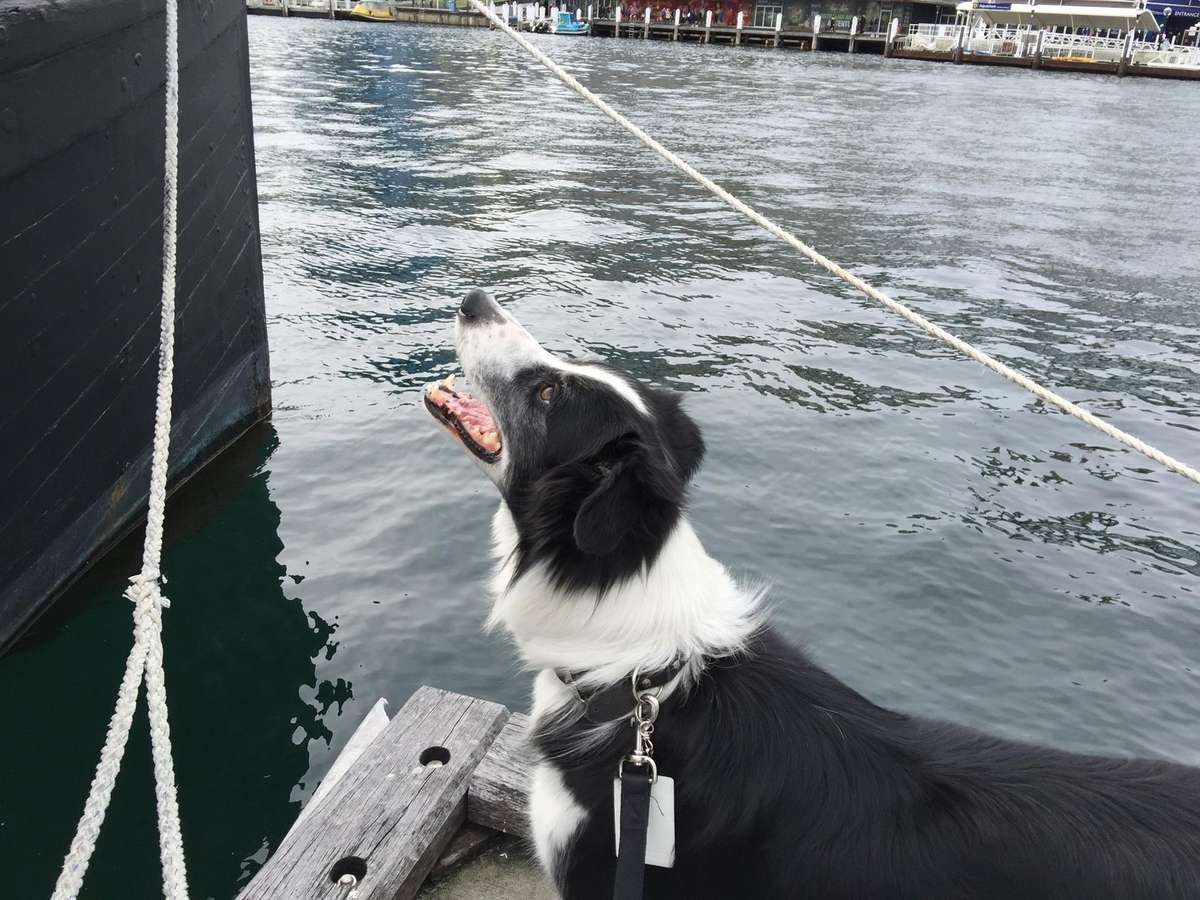 You can fly, but you can’t hide… Image: Andrew Frolows / ANMM. 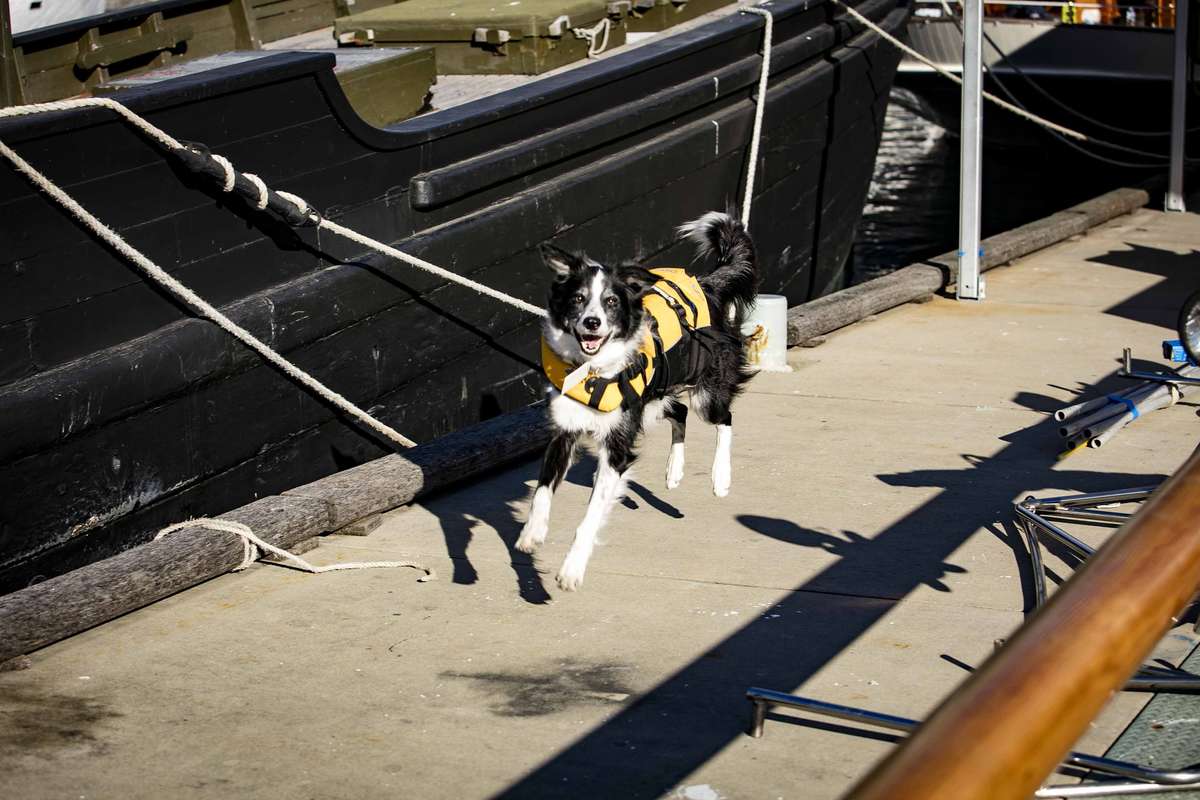 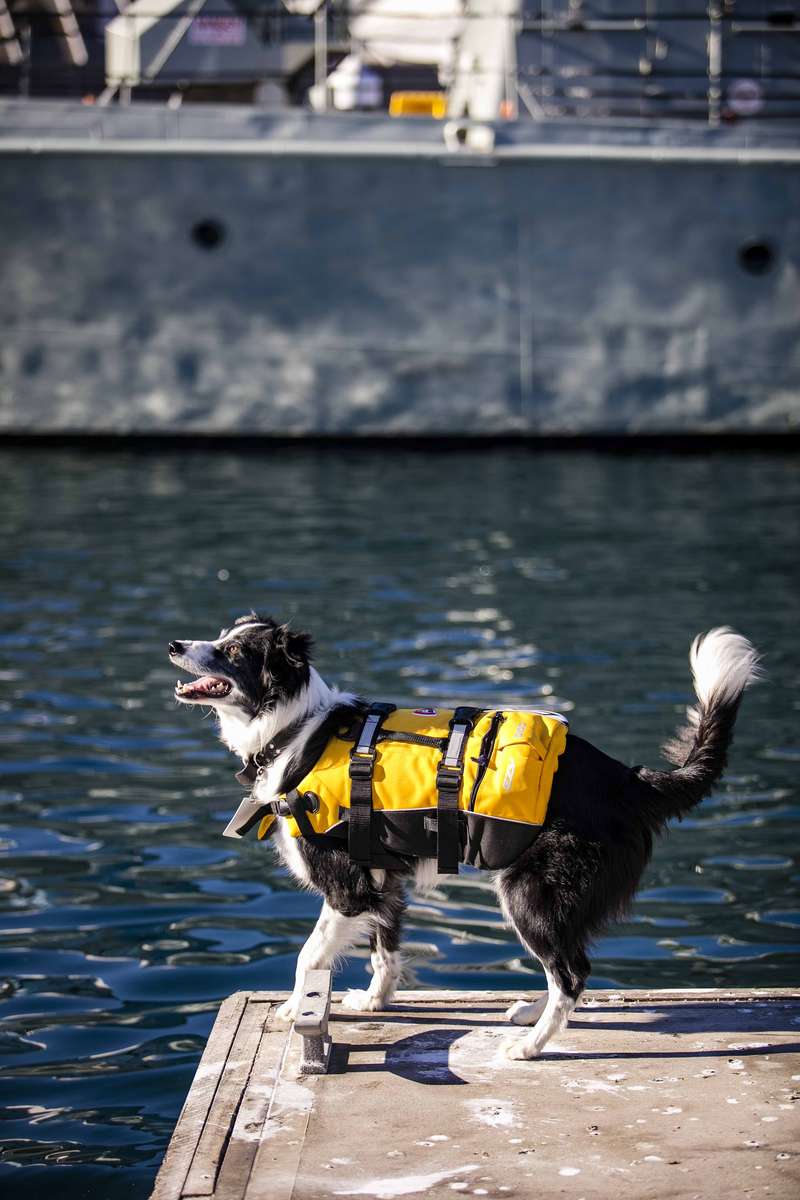 I’ve also been exploring the local area. Recently I was invited aboard James Craig, which is owned by our friends the Sydney Heritage Fleet. I explored all over the deck and also went below, in and out of all the nooks and crannies and cabins. I was hoping there might be a rat to chase, but there were no vermin to be found aboard this beautifully kept ship.

I am the first dog to come board the ship since it was restored, which was quite an honour. I was invited to sign the volunteers’ register, and now I can start working up my hours on board the vessel. Hopefully next time there might be a rat or two to amuse me. Or at least a seagull. 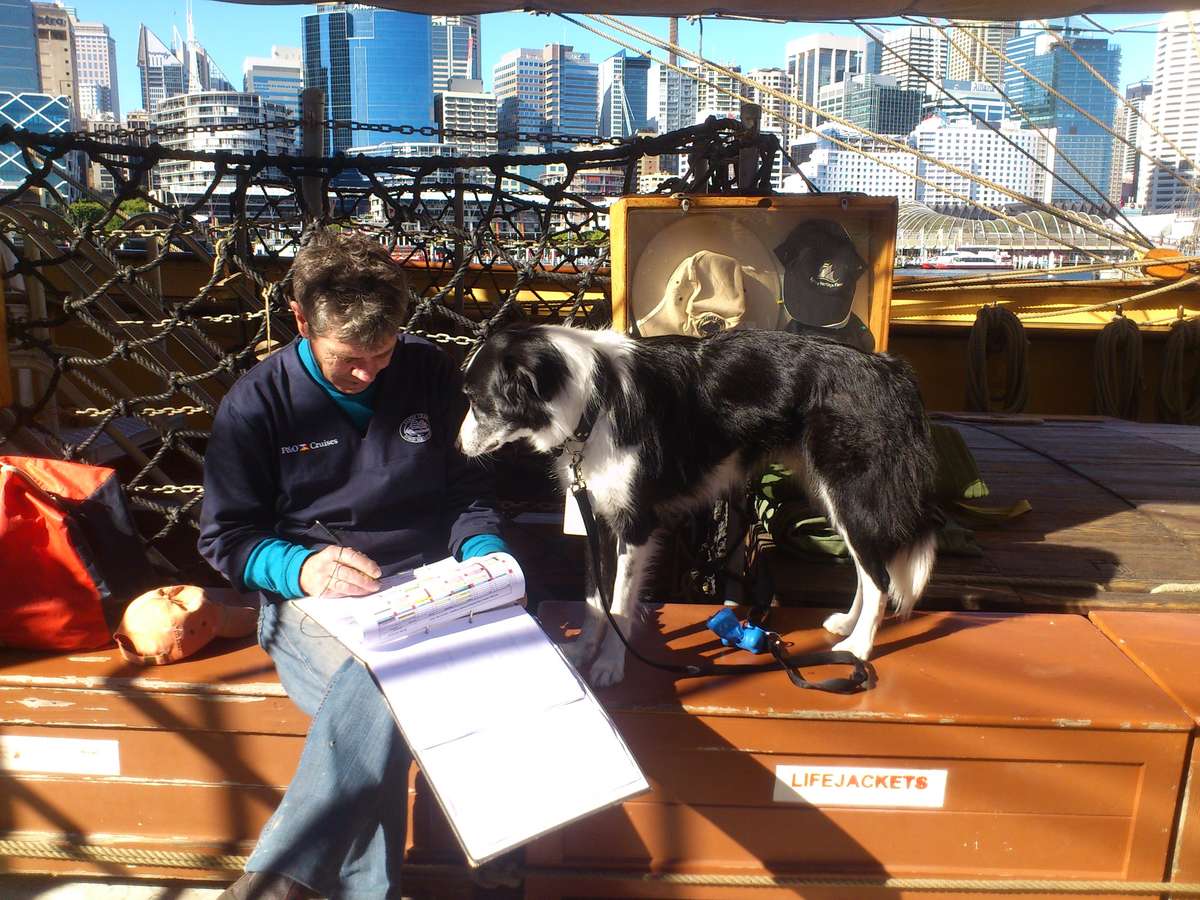 A new idea that I’ve been introduced to is ‘work/life balance’. I have no complaints in this area. 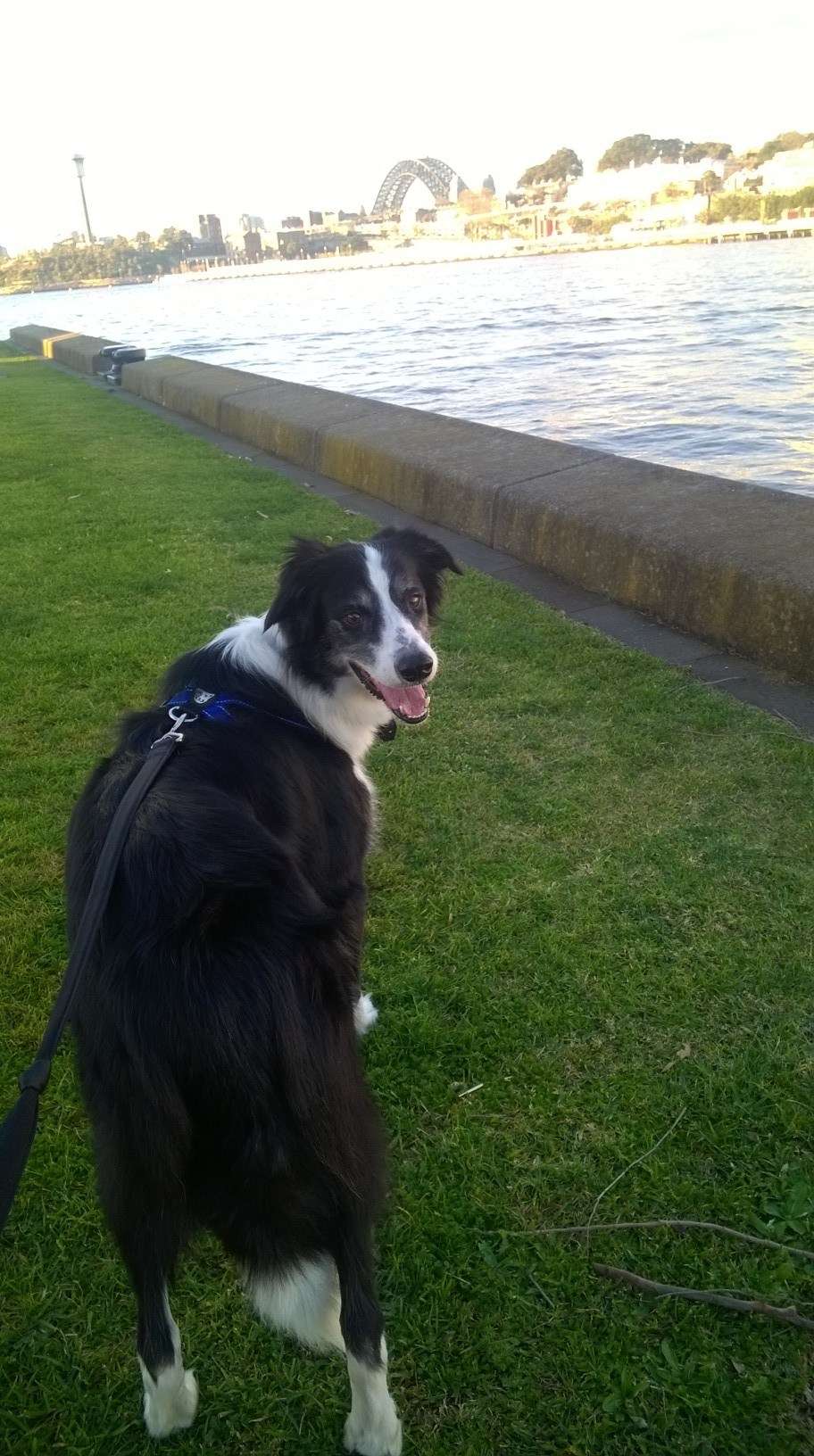 Keep up, would you? There are seagulls out there and I need to find them! Image: Janine Flew / ANMM. 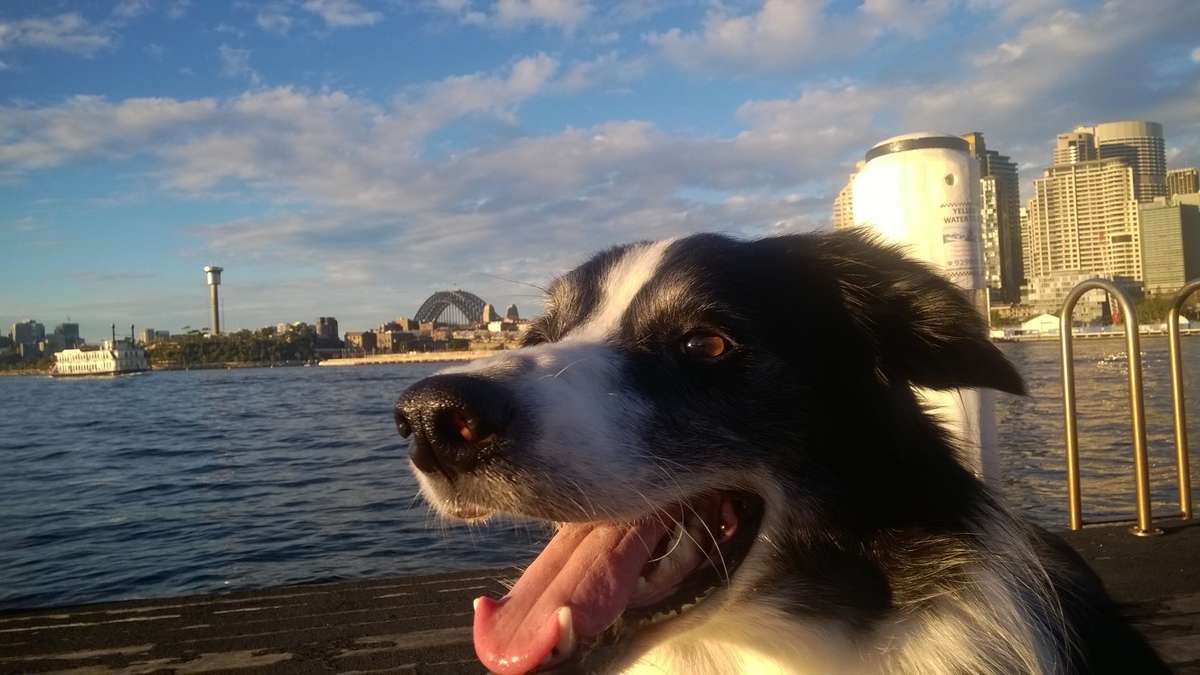 Nice view! (Me, I mean, not all that stuff in the background…). Image: Janine Flew / ANMM.

I’ve made myself at home, and when I’m off duty I love to run around and be silly. I really enjoy playing with scrunched up paper – it’s like being a puppy again.

Sometimes I get into mischief. I found something deliciously smelly in the garden and proceeded to roll in it, which my human friends weren’t happy about. Three baths later, they said I still stank – it took more than a week for it to wear off. People didn’t pat me so much when I was smelly. Is that a coincidence, do you think? 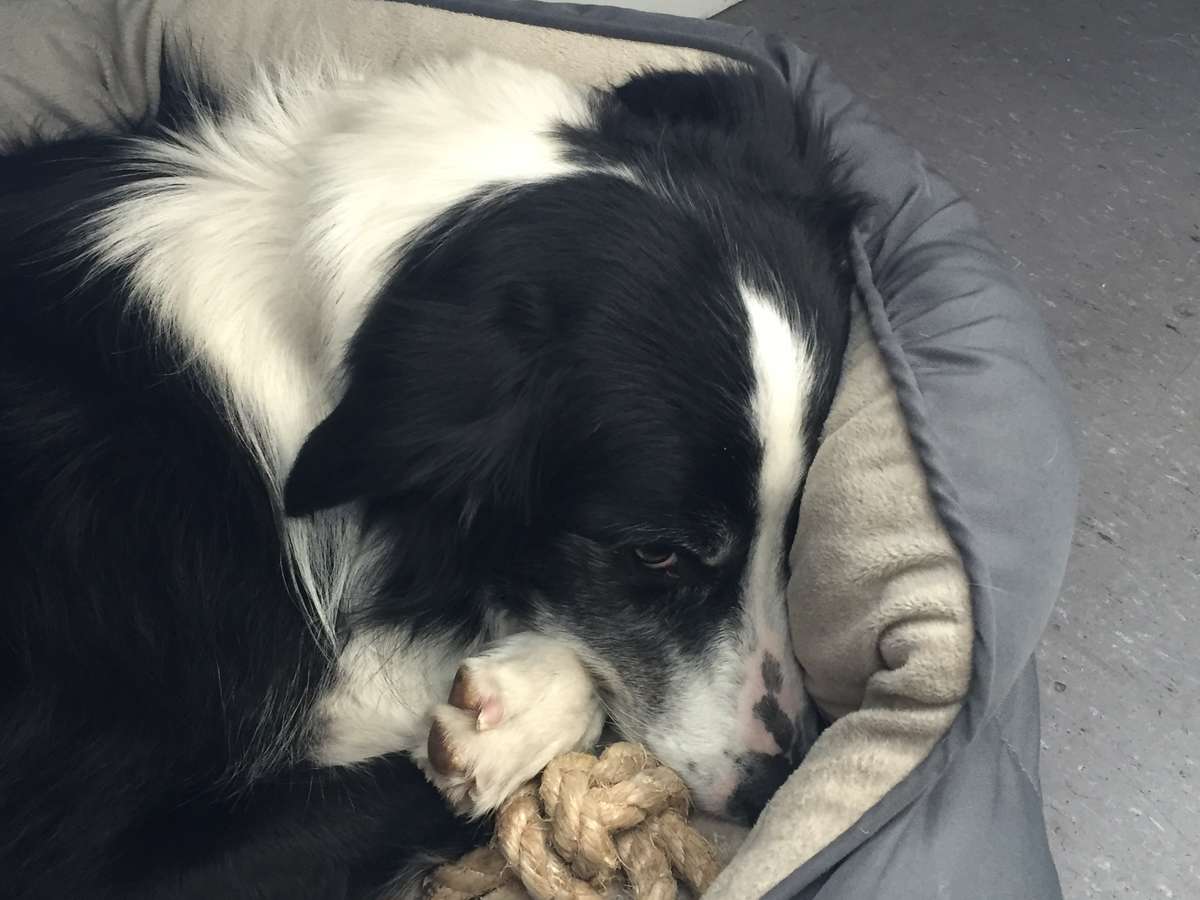 Bailey is the Assistant Director, Seagulls at the Australian National Maritime Museum. He is a six-year-old Border Collie.

View all posts by Bailey Haggarty→
Posted in: Bailey , Arts and Culture
↑