A depiction of the massacre among the marooned survivors of the Batavia. From Pelsaert’s published journal, 1647. ANMM Collection: 00004995.

A shipwreck turns to tragedy

Almost 400 years ago, in the hours before dawn on 4 June 1629, a flagship of the Dutch East India Company (VOC) was wrecked upon Morning Reef near Beacon Island, some 60 kilometres off the Western Australian coast. It was the maiden voyage of the Batavia, bound for the Dutch East Indian colonies of modern-day Jakarta, but the tragedy of shipwreck would be overshadowed by the subsequent mutiny among the survivors on the isolated Houtman Abrolhos Islands.

During the 17th and 18th centuries, the VOC dominated the spice trade between the East Indies and the Netherlands. Sailing along the Indian Ocean trade route was a risky venture for those seeking fame and fortune from the VOC. The route required ships to use the prevailing winds of the Roaring Forties from the Cape of Good Hope to power their way across the ocean, then turn north, aiming for Indonesia, before sighting the coast of what is now Western Australia. However, this tactic was unreliable in an age when it was impossible to determine your longitude (your east-west position at sea) with any accuracy. A miscalculation of dead reckoning (estimation of your speed and the distance travelled between known points) could place you hundreds of miles off course or send your ship directly into the path of dangers such as reefs and cliffs.

On 28 October 1628, Batavia departed the Dutch port of Texel in a fleet of eight ships. One hundred and fifty feet (46 metres) in length and armed with 24 cast-iron cannons, Batavia was laden with silver coins and building supplies intended for the prosperous colony of Batavia. The ship was to return home with a large supply of spices, such as pepper, for the VOC trade. It is estimated that just over 340 people were aboard the Batavia – more than two-thirds of the company were sailors and officers, about 100 soldiers and the remainder private travellers bound for the colony. 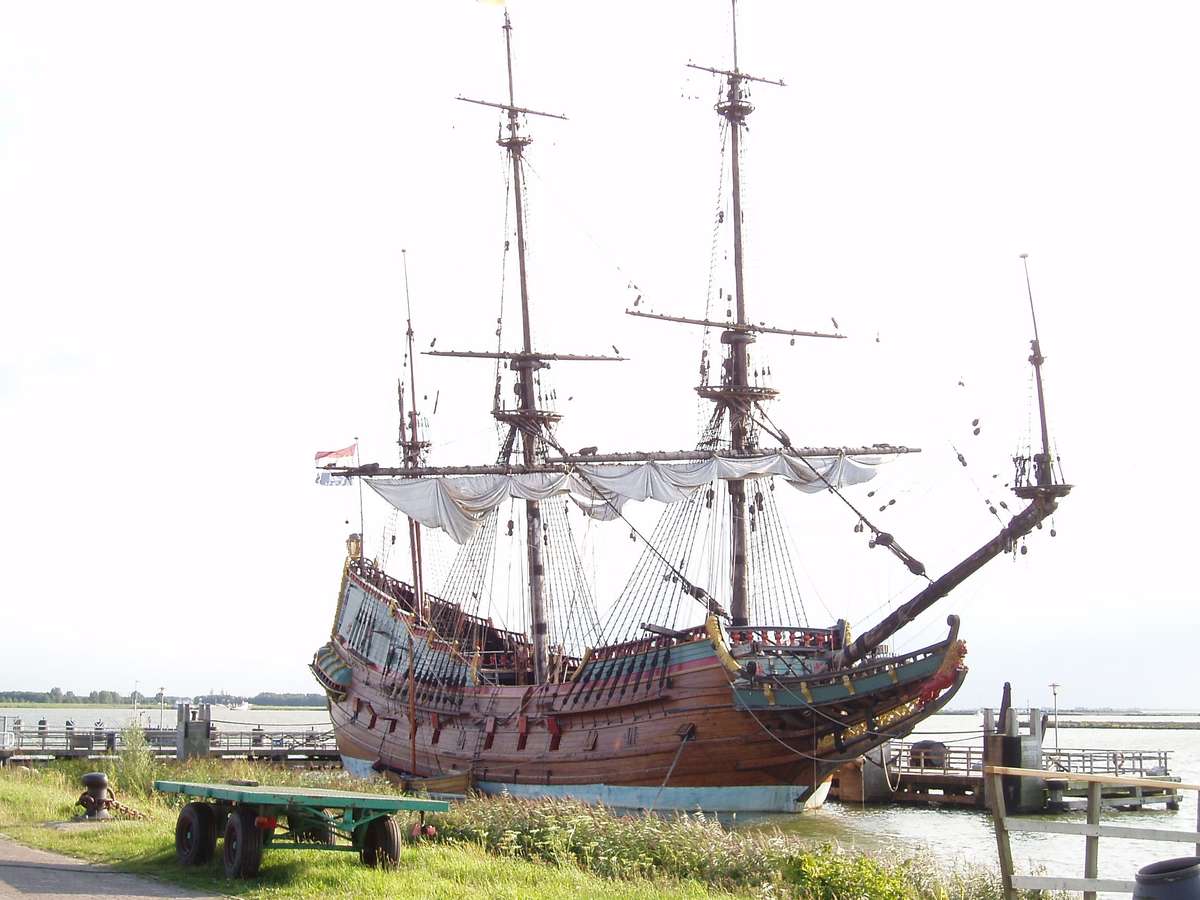 The Batavia replica was constructed between 1985 and 1995 at the Bataviawerf (Batavia shipyard) in Lelystad, The Netherlands. Image: Malis via Wiki Commons

The fleet ran into storms in the North Sea, reducing the company to three ships – Batavia, Assendelft and Buren. Events again took a forbidding turn after rounding the Cape of Good Hope a month ahead of schedule, when another storm separated Batavia from the remaining ships. Batavia crossed the Indian Ocean alone.

By this point, there was little co-operation between the two leaders of the expedition. Commander Francisco Pelsaert was the head of the fleet that had set sail from Texel, while Batavia‘s skipper Batavia was Ariaen Jacobsz. This dual command structure was common practice in the VOC, but unfortunate during this voyage as Pelsaert and Jacobsz distrusted each other after a dispute in India two years before. Exacerbating the issue were the loyalties of Pelsaert’s deputy Jeronimus Cornelisz, who along with Jacobsz, was plotting a mutiny against Pelsaert.

Their planned mutiny never happened because Batavia stuck Morning Reef. Strong winds, a lack of knowledge of the ship’s longitude and nigh-time conditions probably combined to drive the ship to disaster. It is estimated up to 100 people died in the immediate aftermath of the Batavia wrecking on the reef.

This was one of earliest European shipwrecks, which would come to pepper the coast of Western Australia for the next 150 years. But the greater tragedy was yet to unfold. 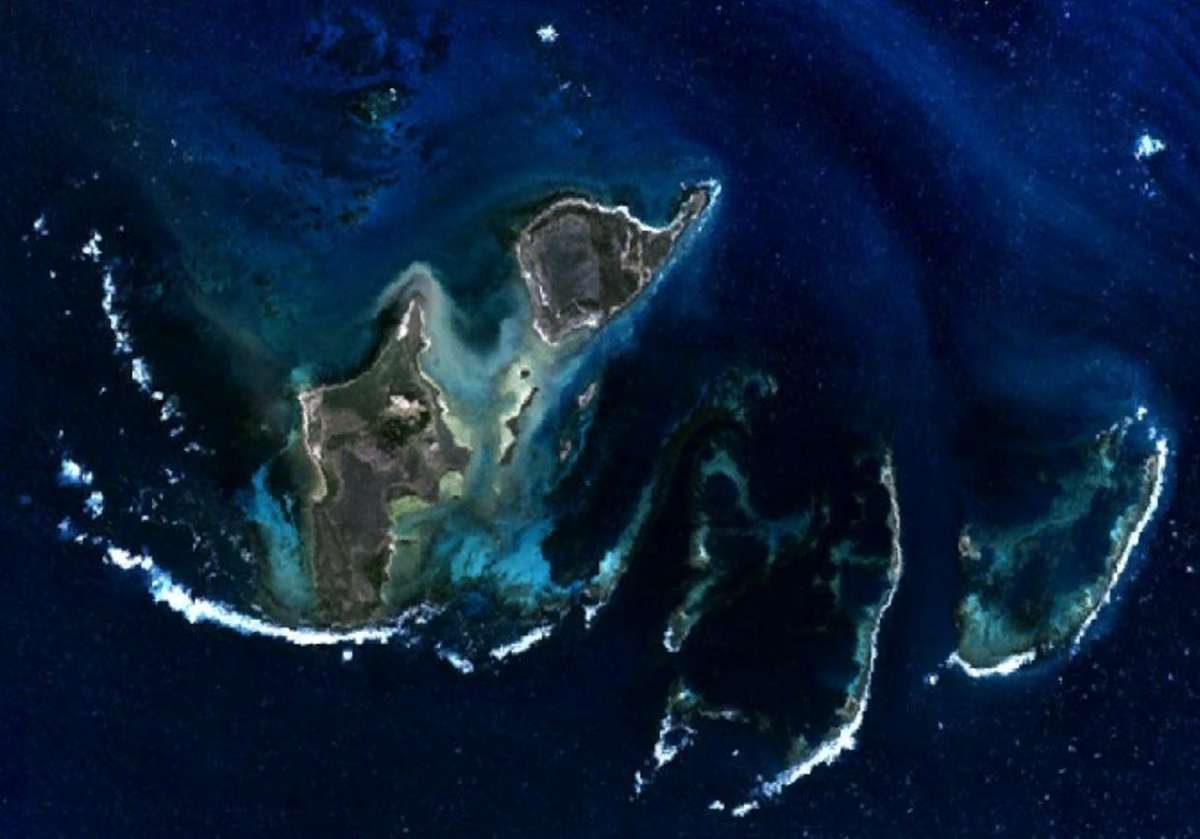 Stranded off the coast

The following morning most of the survivors were ferried by the ship’s longboat to Beacon Island, a sandy outcrop in the northern part of the Houtman Abrolhos Islands, two kilometres away from the wreck site. Pelsaert, Jacobsz and other officers made camp on what became known as Traitors’ Island. Cornelisz and a small band remained with the ship until it completely sank nine days later.

Even today the islands of Houtman Abrolhos are isolated and largely uninhabited. There was little to no fresh water or food available to the marooned camps. It became clear to Pelsaert that supplies would have to be obtained by sailing either to the unknown Australian mainland or travelling the 3,000 kilometres north to the colony of Batavia, using the longboat. He chose the latter.

At night, Pelsaert departed with his senior officers and crew (a party of 48, including Jacobsz) and arrived in Batavia 33 days later. It was a miracle. Jacobsz was arrested for negligence, at the word of Pelsaert. Governor-General Coen arranged for Pelsaert to return with the Saardam to attempt a rescue of the stranded souls. But by the time they had returned with help 63 days later, desperation and barbarism had wreaked havoc.

In Pelsaert’s absence, Cornelisz had become a dictator. He heard word that Pelsaert had been alerted to his earlier plot of mutiny and knew that any rescue would lead to his punishment and likely death. Cunningly, Cornelisz attempted to seize control among the survivors to thwart any rescue attempts before he could be arrested. He began rationing food and retrieving any useful objects washed up on the shore from the wreck. A council was formed with Cornelisz as its chair and its members comprising his loyal men.

Cornelisz demanded that all weapons be handed over to his men. Any rafts made by other survivors also had to be turned over to the council. He divided the population into smaller groups and spread them among the nearby islands.

Cornelisz takes command in a reign of terror

Over the next few weeks, Cornelisz ordered his men to slaughter the remaining camps. The murders were said to have included cutting people’s throats at night and taking others out to drown on makeshift rafts. The sick and infirm were targeted. The women were raped. Cornelisz threatened that survival required complete loyalty to him.

An estimated 125 men, women and children were murdered by Cornelisz and his men during their reign of terror. 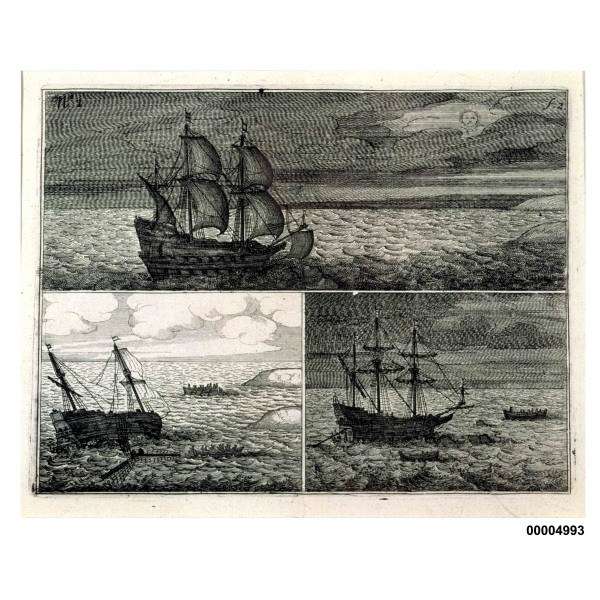 This engraving depicts three scenes associated with the loss of the Dutch ship Batavia in 1629. Top: Batavia approaches the Houtman Abrolhos Islands off Western Australia at night. Lower right: the vessel aground on a reef with the crew in boats attempting to refloat it. Lower left: the state of the Batavia the next day, and the passengers and crew abandoning the ship. ANMM Collection 00004993

22 soldiers were ferried to West Wallabi Island, eight kilometres away, and told they were to find fresh water, but once there they were relieved of their weapons and left to die. The men managed to stay alive by eating the small wallaby population. Cornelisz presumed that the men would perish soon, but was annoyed when they sent up a smoke signal to announce they had located fresh water.

This complicated Cornelisz’s plans for domination, as he feared that any rescuers would sight the group at Wallabi Island first, before he could impede any efforts by rescue parties. He dispatched a party of his thugs to end the Wallabi Island situation but they returned unsuccessful. Cornelisz then took it upon himself to persuade the leader of the marooned officers, Wiebbe Hayes, to join him. But instead, Hayes succeeded in capturing Cornelisz and ended the reign of terror.

Pelsaert returned from Batavia with the rescue party soon after. He saw that the worst of the mutineers were swiftly rounded up, taken to Seal Island and punished – their right hands were cut off before each man was hanged from a gallows. Cornelisz had both his hand cut off for his crimes, before he was hanged on 2 October 1629.

Two men were deliberately marooned on the mainland as punishment as Pelsaert departed once more for Batavia aboard the Saardam. On 5 December 1629, the party, including 16 of the mutineers, made it to Batavia. There the mutineers were tried for their crimes and executed.

Of the 340 people aboard the Batavia when it departed the Netherlands the previous year, only a third made it to the East Indies. Hayes was promoted for his deeds in capturing Cornelisz. Pelsaert’s reputation was severely tarnished and he died from disease in 1630.

A haunting tale spreads…and the wreck is located

Tales of the Batavia wreck and the madness in the islands were widely reported in the Dutch colonies and homeland. Pelsaert’s journals detailing the event were widely published in 1647 and would go on to have eight reprints. The coast of Western Australia came to be known among Dutch sailors as the harsh and unforgiving end of the earth. It was to be avoided at all costs. 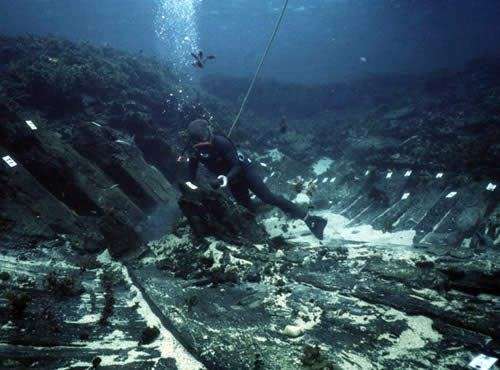 The story of the Batavia was reignited in 1963 when the wreck was formally found. During the next two decades, archaeological excavations of the ship and various campsites have filled in the tragic tale of the survivors of the wreck. The project also led to the establishment of many of Australia’s heritage laws and aspects of best practice in recording archaeological sites.

You can explore more highlights from our collection at our Google Cultural Institute page.

View all posts by Kate Pentecost→
Posted in: Vessels
↑