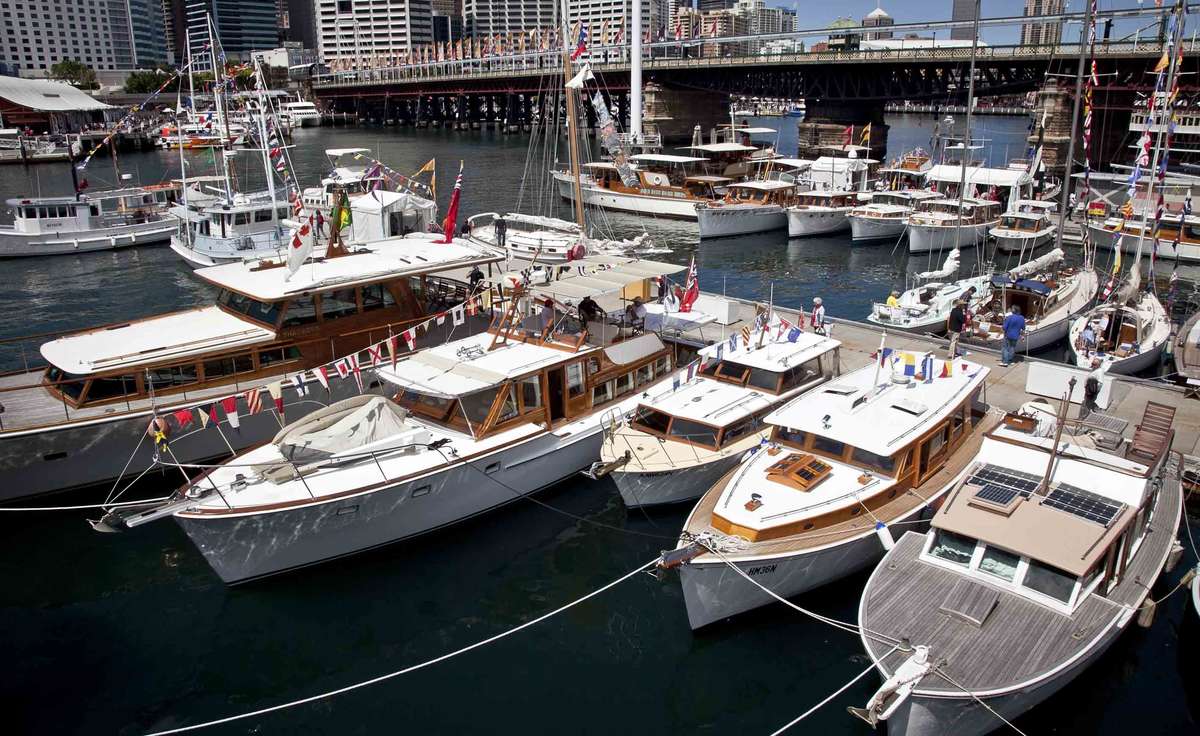 A collection of Halvorsen vessels at the 2012 Classic and Wooden Boat Festival. Image: ANMM.

Over four generations, Halvorsen boats have become revered collectors’ items. A Halvorsen craft is an example of master boatbuilding, and several of them will be in attendance at the Classic & Wooden Boat Festival 2016.

Lars Halvorsen arrived in Sydney in 1924. He been an apprentice to his father, Halvor Andersen, in Norway learning traditional boatbuilding techniques. Lars enhanced his design skills during his time in the shipyards of the United States of America. He returned to Norway in 1908, leaving again after World War I following a slump in the industry. The family initially planned to settle in South Africa but, after two years there, Lars felt that Cape Town wasn’t big enough for all his five sons to be boatbuilders. Lars left for Sydney, arriving in December 1924, with the family joining him later. 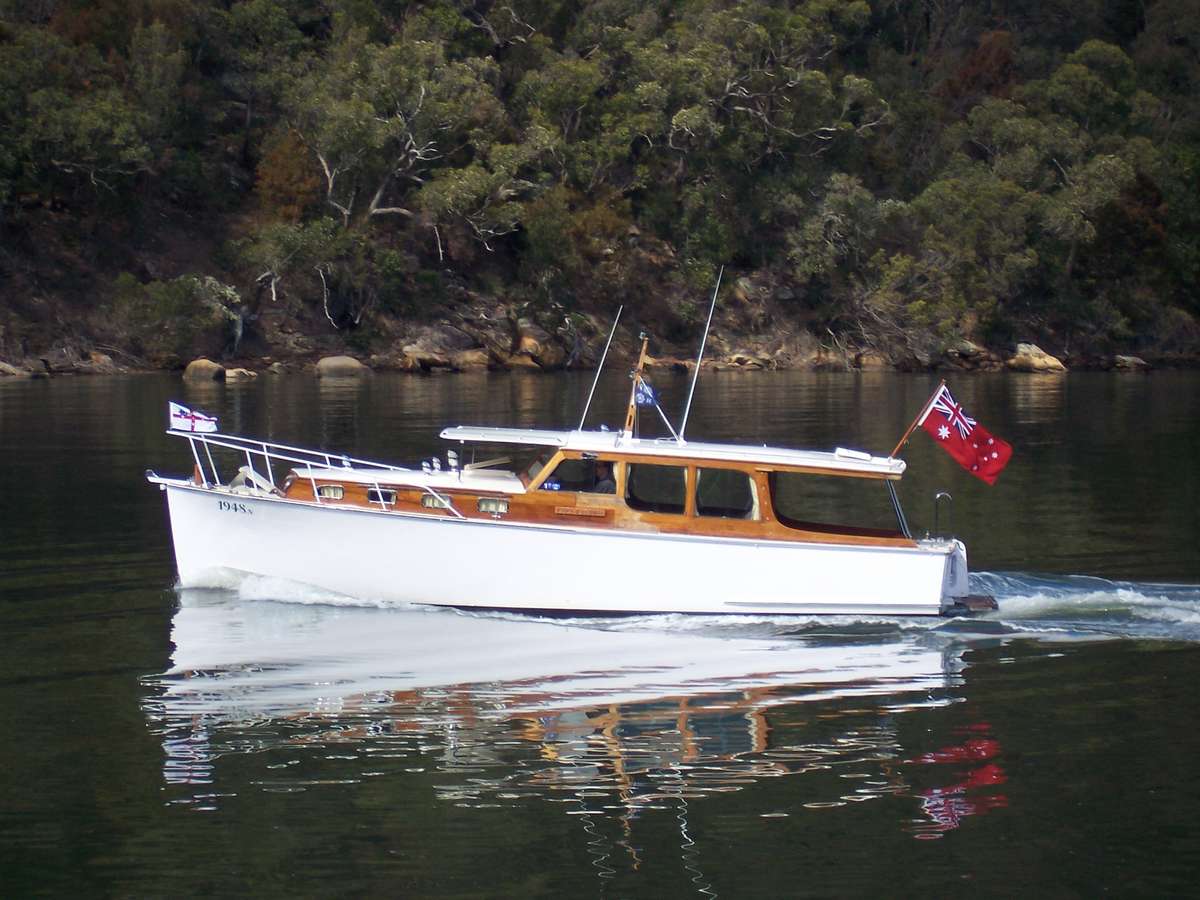 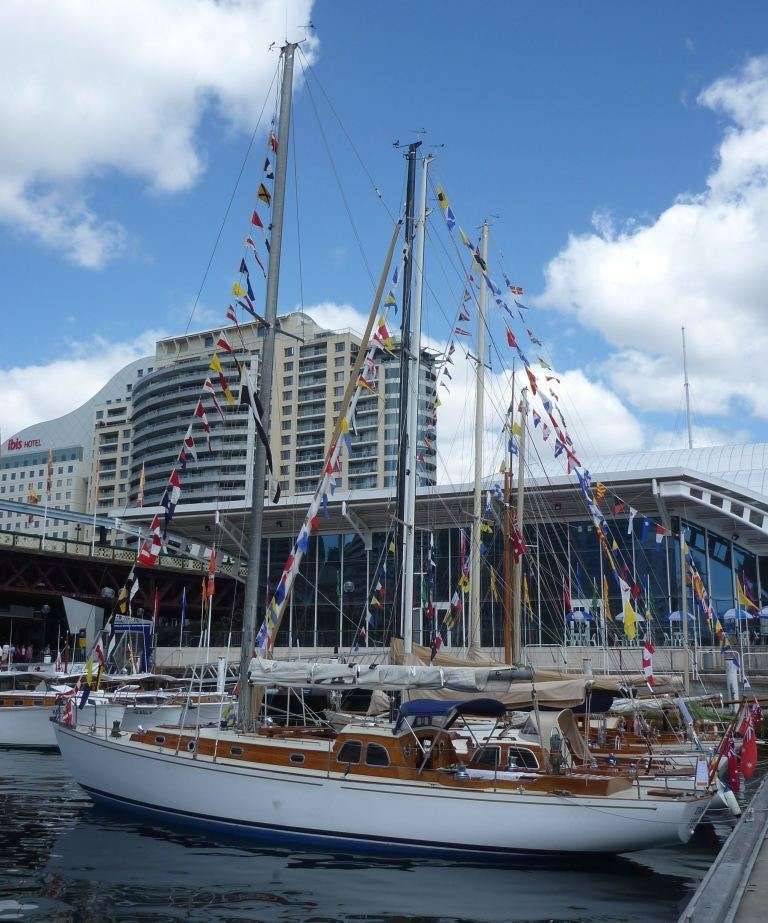 Lars Halvorsen quickly gained a name for himself, and over the years the family firm became renowned for the style, elegance and quality workmanship of their work boats and luxury craft. Yachts, launches and boats were designed and built in house – 1,299 of them between 1925 and 1976 (plus others built later by Magnus and Trygve’s own firm).

During the Great Depression the firm built and operated the speedboat Kangaroo as a tourist attraction around Sydney Harbour. By 1935 business was so good that they needed to expand their boat shed in Neutral Bay. After the end of World War II, Bobbin Head became home to the famous hire boat fleet, which remained in business until 2003. 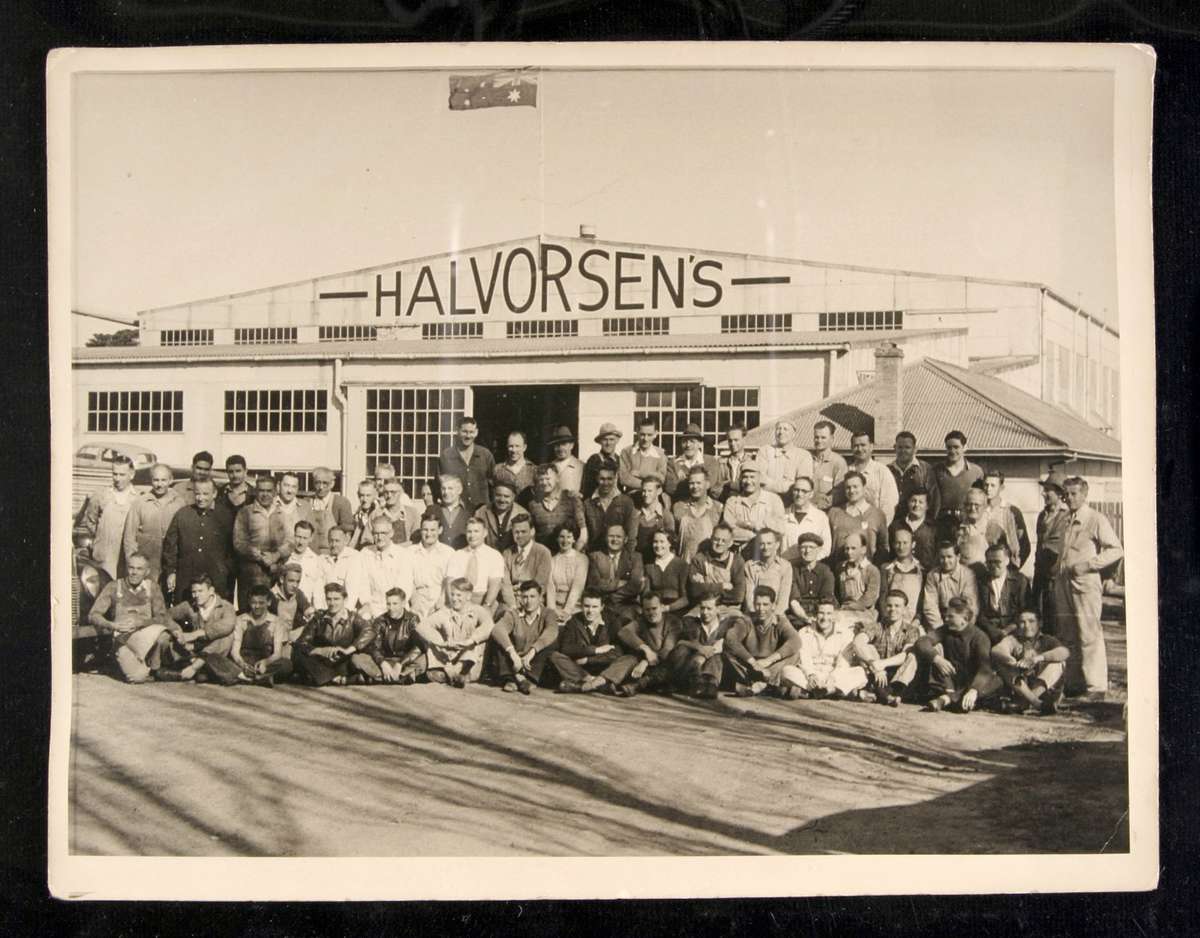 The Halvorsen shipyard and staff at Ryde. Image: ANMM Collection 00038334.

In 1936, patriarch Lars died and his son Harold took over as general manager, moving the company headquarters to Ryde in 1939.  During the height of World War II, the company’s workforce grew to 350. The company built 178 38-foot air–sea rescue boats, 16 112-foot Fairmile patrol craft, 43 62-foot fast supply boats and numerous smaller boats for the Australian, United States and Dutch armed forces. 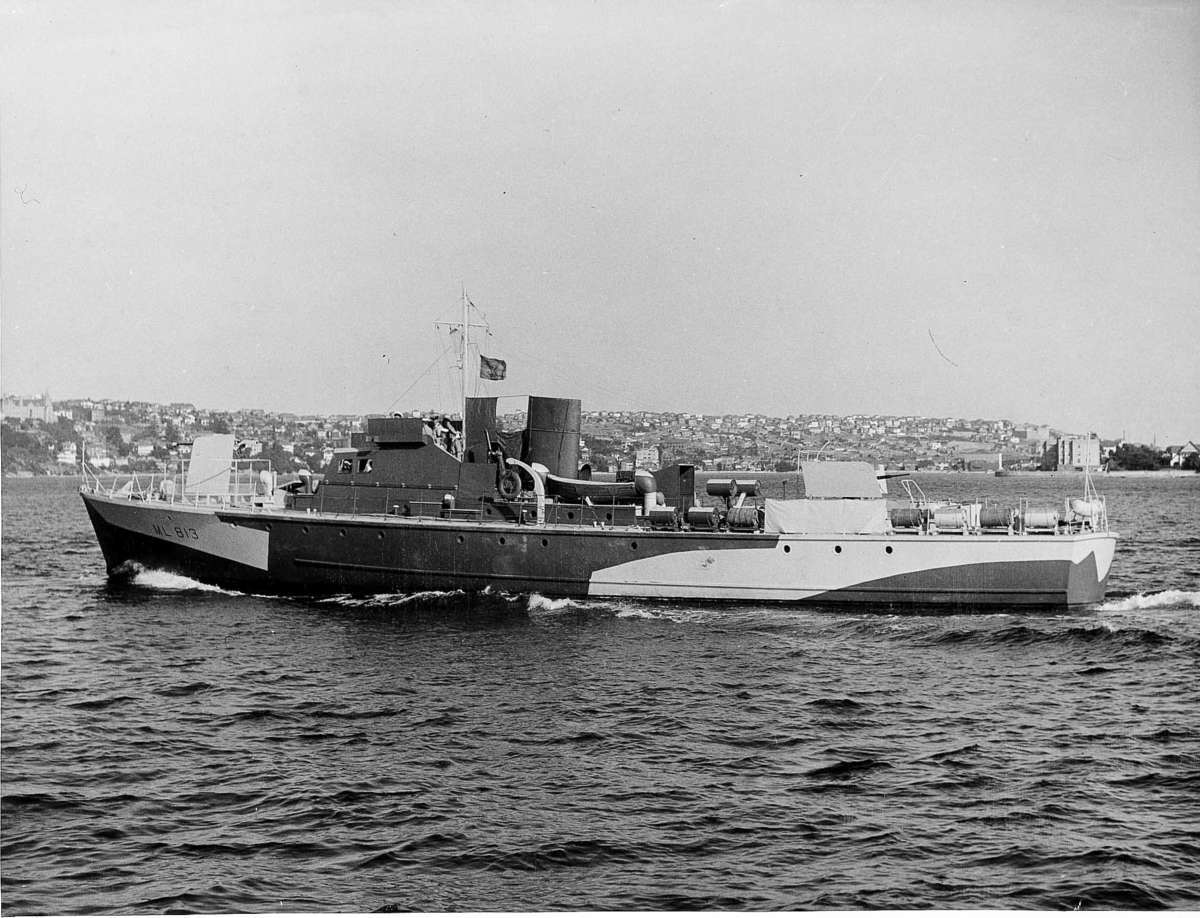 The 112 foot Fairmiles ML813-ML814 were designed and built by Lars Halvorsen Sons Pty Ltd for the Royal Australian Navy and were completed in 1942. Image: ANMM Collection ANMS1151[316].

After the war, the company returned to making pleasure craft, as well as launches for the New South Wales Water Police. While Lars Halvorsen Sons continued under the guidance of Harold and Carl to focus on motor cruisers, Magnus and Trygve established their own partnership, concentrating on yachts. Their 1946-built yacht Saga raced only once, but her experience in rough seas led to the development of a series of famously seaworthy ocean racers. Peer Gynt, Solveig, Anitra and Norla were made during this period, but Freya was the brothers’ true success, winning three consecutive Sydney–Hobart races on handicap in 1963, 1964 and 1965 – a record that remains unequalled. 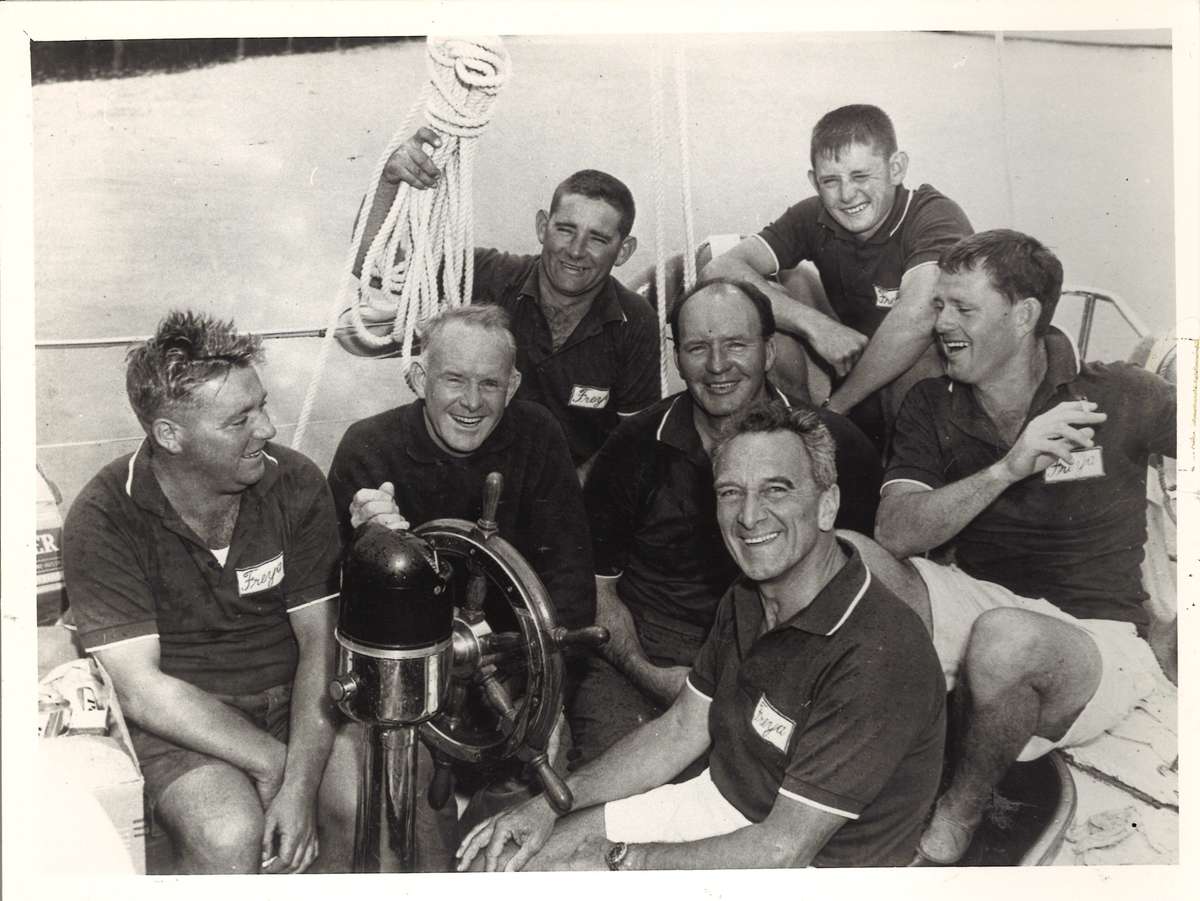 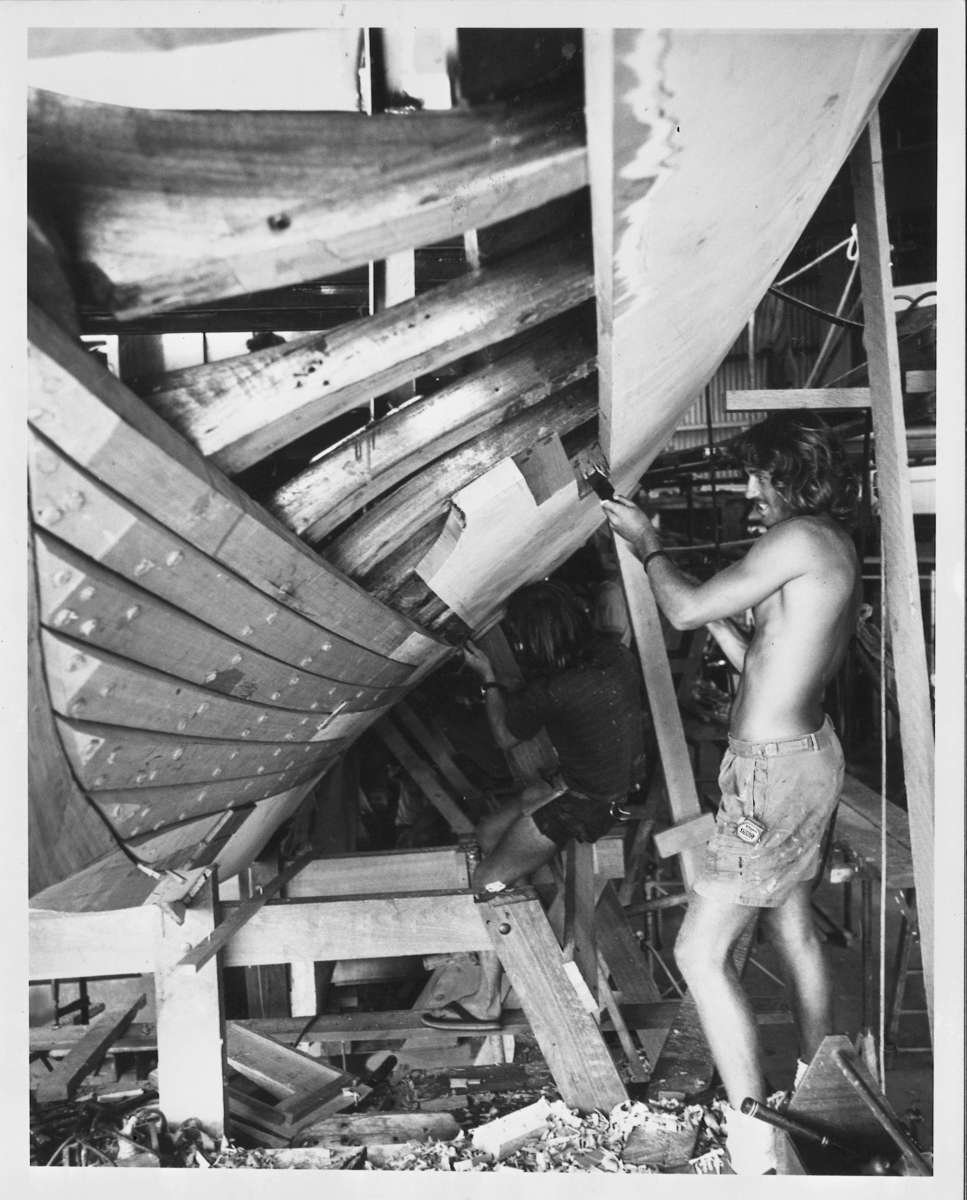 Today many Halvorsen vessels have been lovingly restored and superbly maintained by classic boat enthusiasts. Members of the Halvorsen Club of Australia will be bringing their beloved boats to Darling Harbour next weekend for the Classic and Wooden Boat Festival. Join us to see what ‘classic’ really looks like!

For a complete list of all the boats appearing at the festival, check out The Classic and Wooden Boat Festival page.

View all posts by Kate Pentecost→
Posted in: Events , Vessels
↑