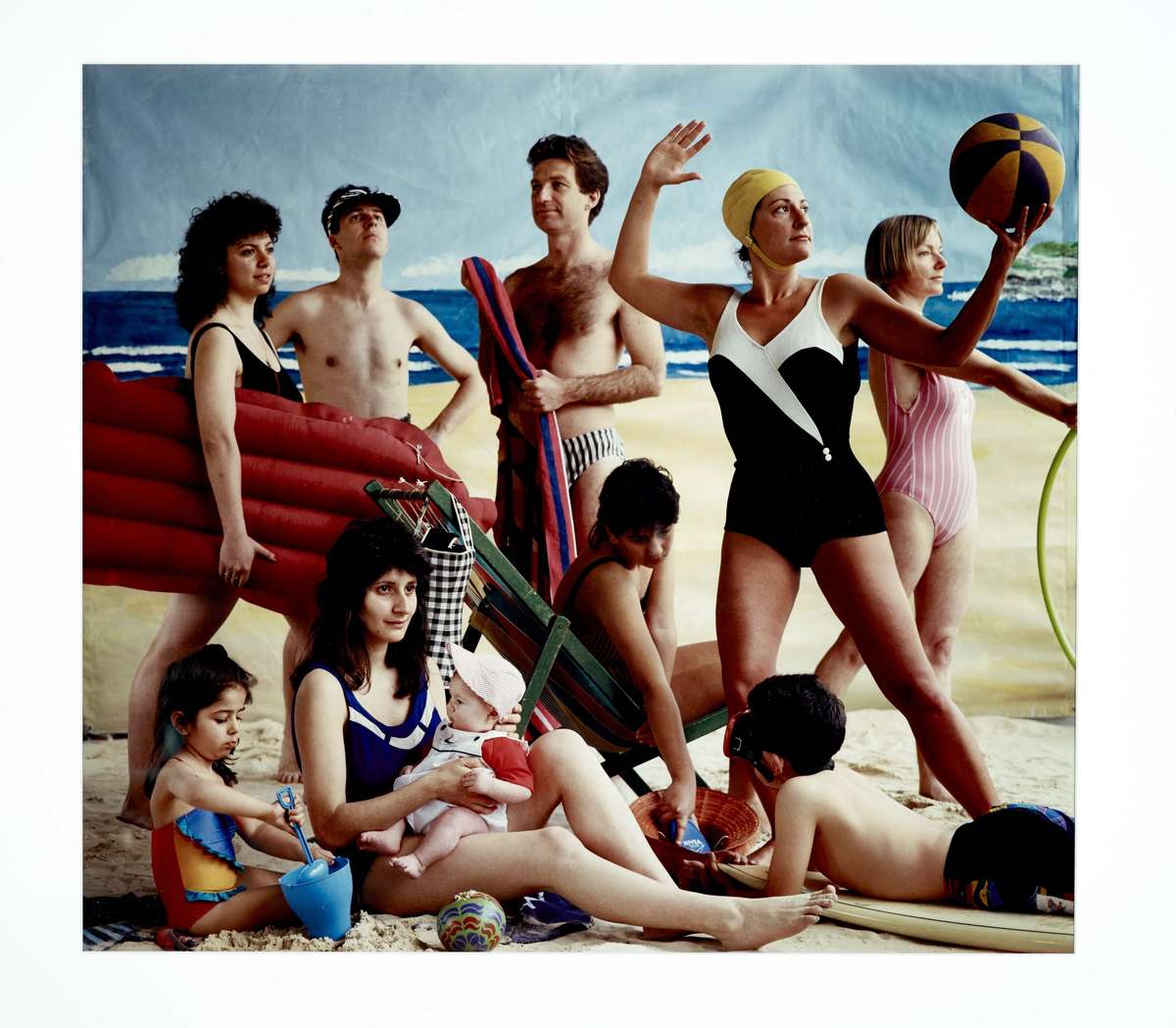 ‘Grog and cigarettes are mostly out…milkshakes and tins of baby food are generally in, birds are acceptable provided they never ride a surfboard and keep always in the background, except on those special occasions…’ reported photojournalist Jeff Carter in his Surf Beaches of Australia’s East Coast in 1968.

Well it was a special occasion when the museum opened its Australian beach photography exhibition at the Noosa Regional Gallery recently, in the same week as International Women’s Day, and with seven times world champion Layne Beachley on the podium. She was in company with other surfing luminaries Phil Jarrett, Bob McTavish and Pete Townend, and me but the ironies and the passage of time brought pause for reflection. 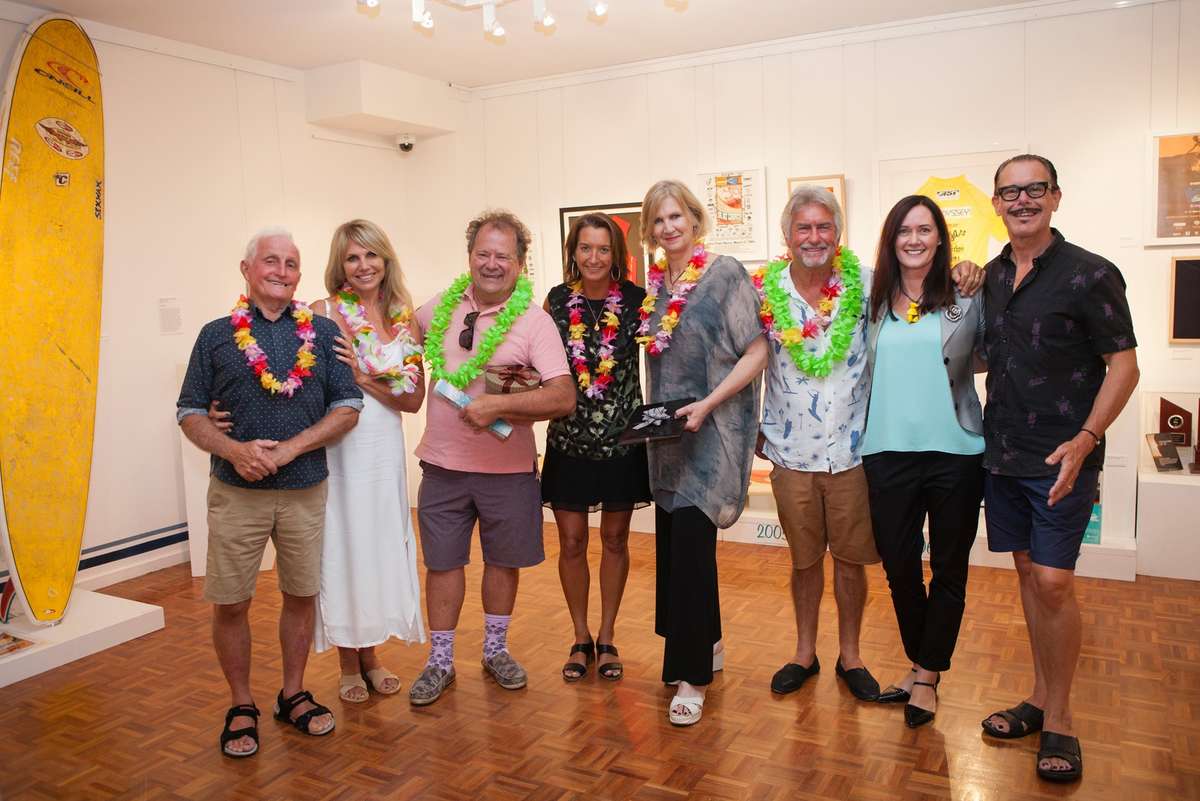 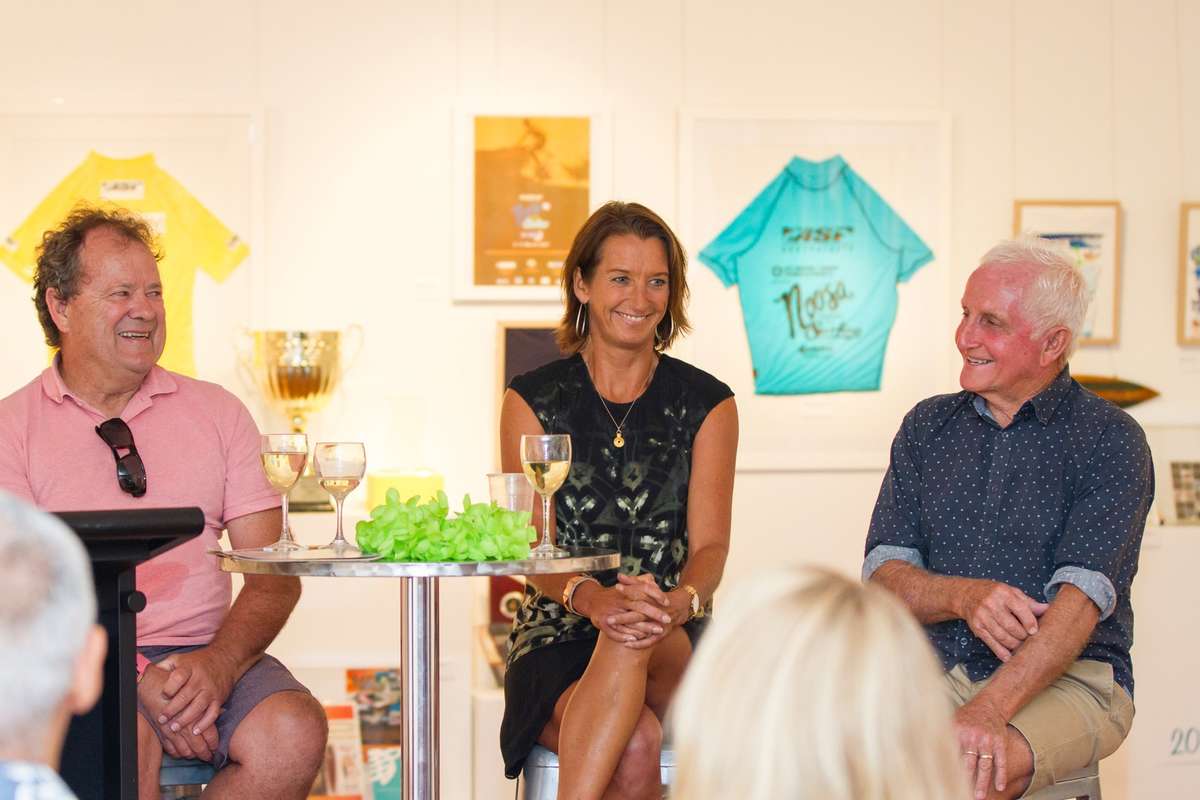 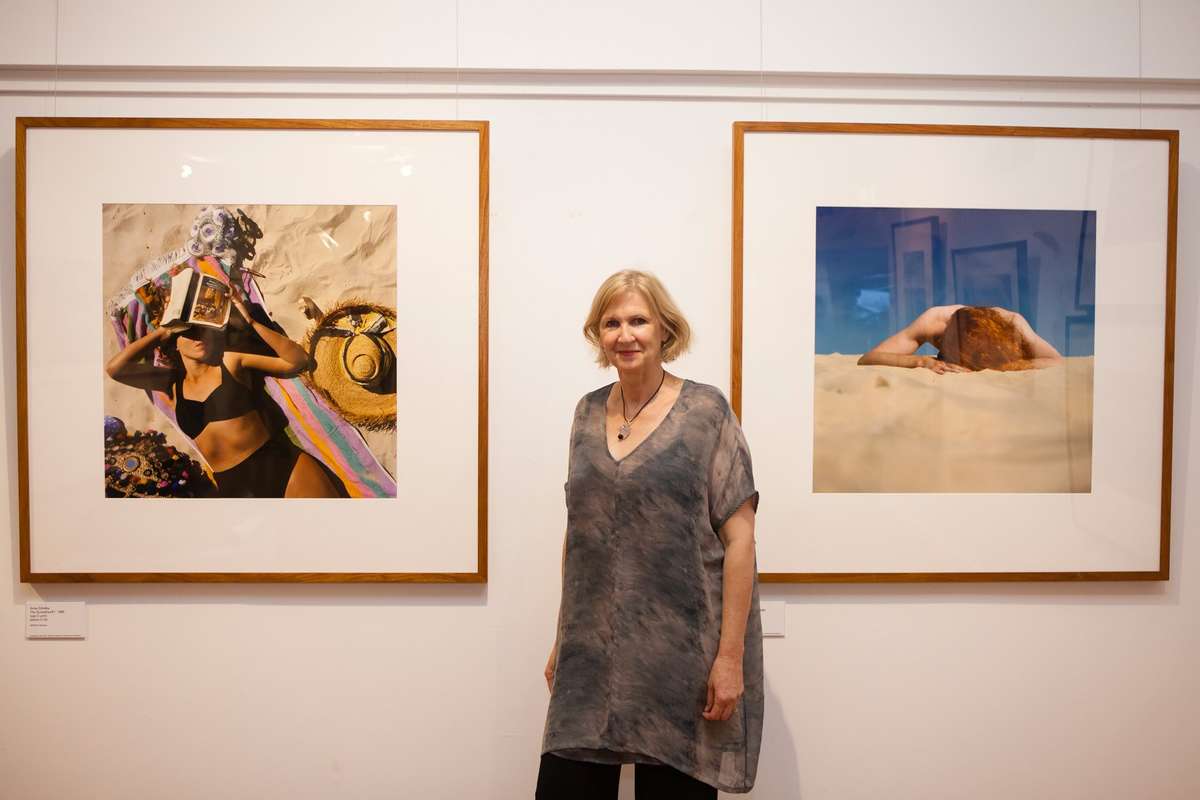 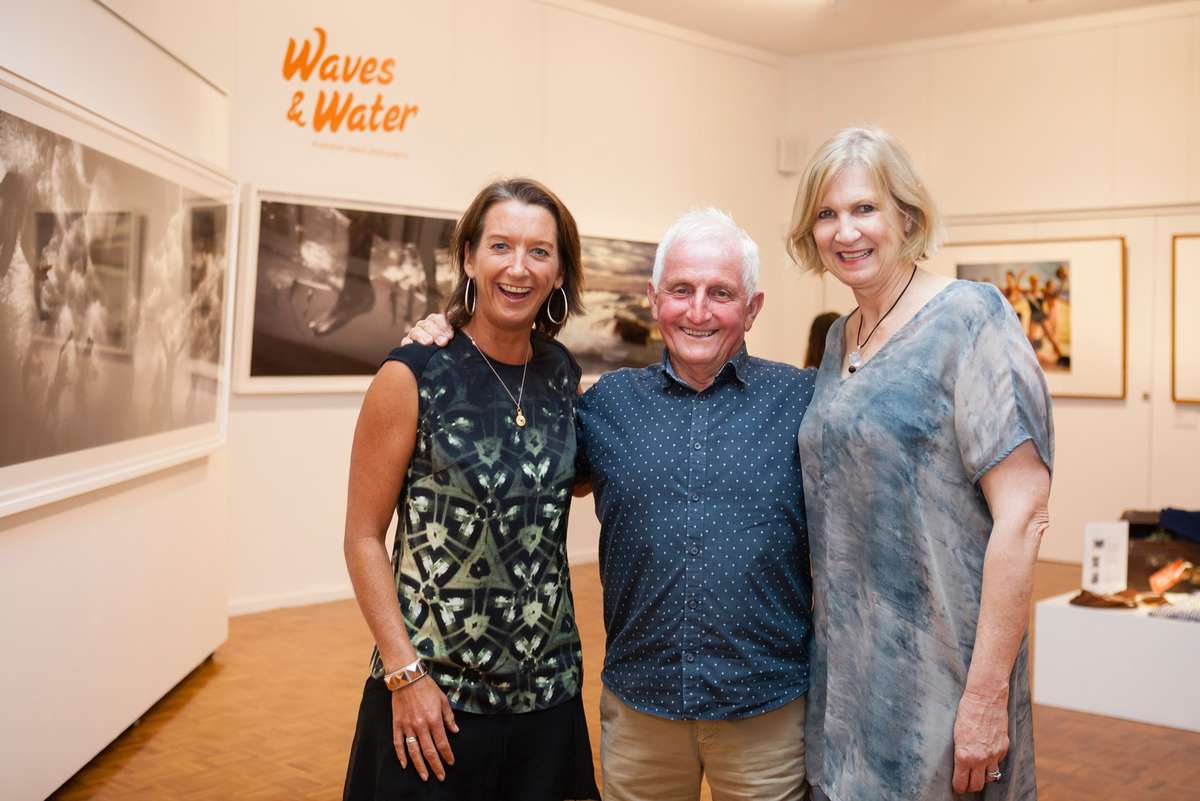 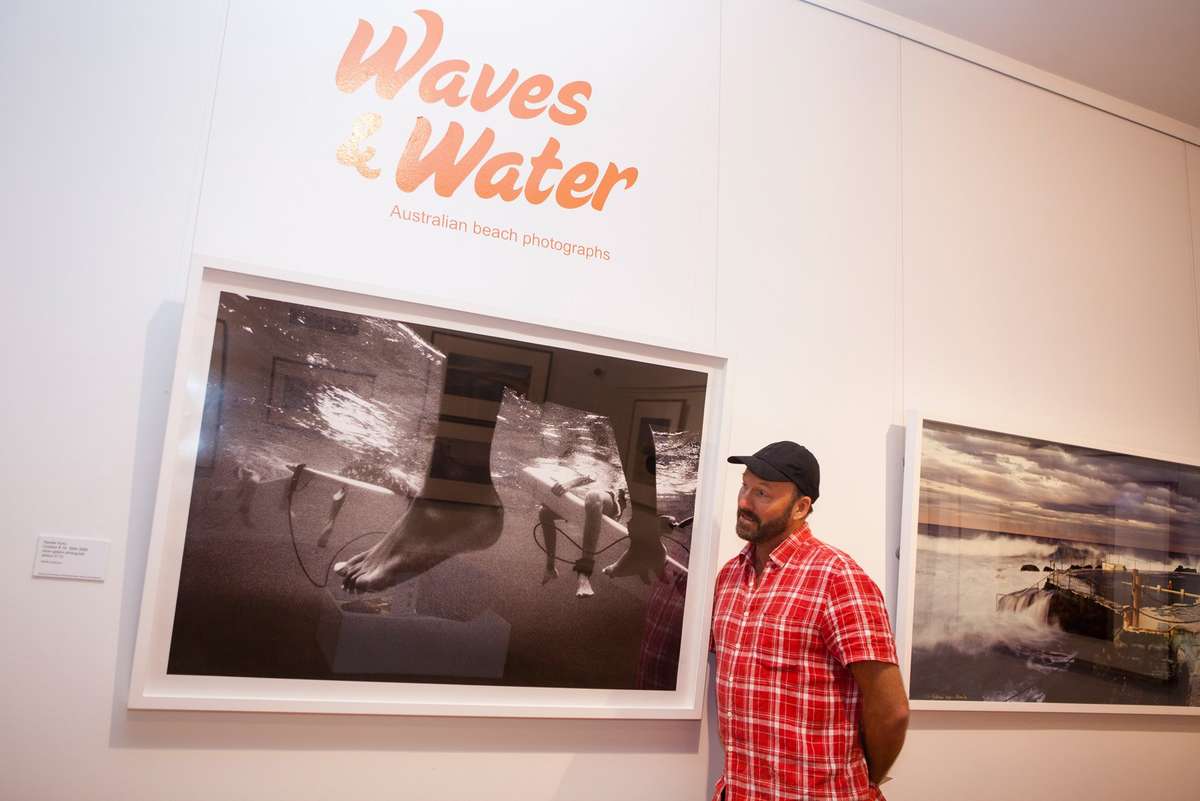 At the opening. Image: Your Life Photography, Noosa Regional Gallery, 2016. 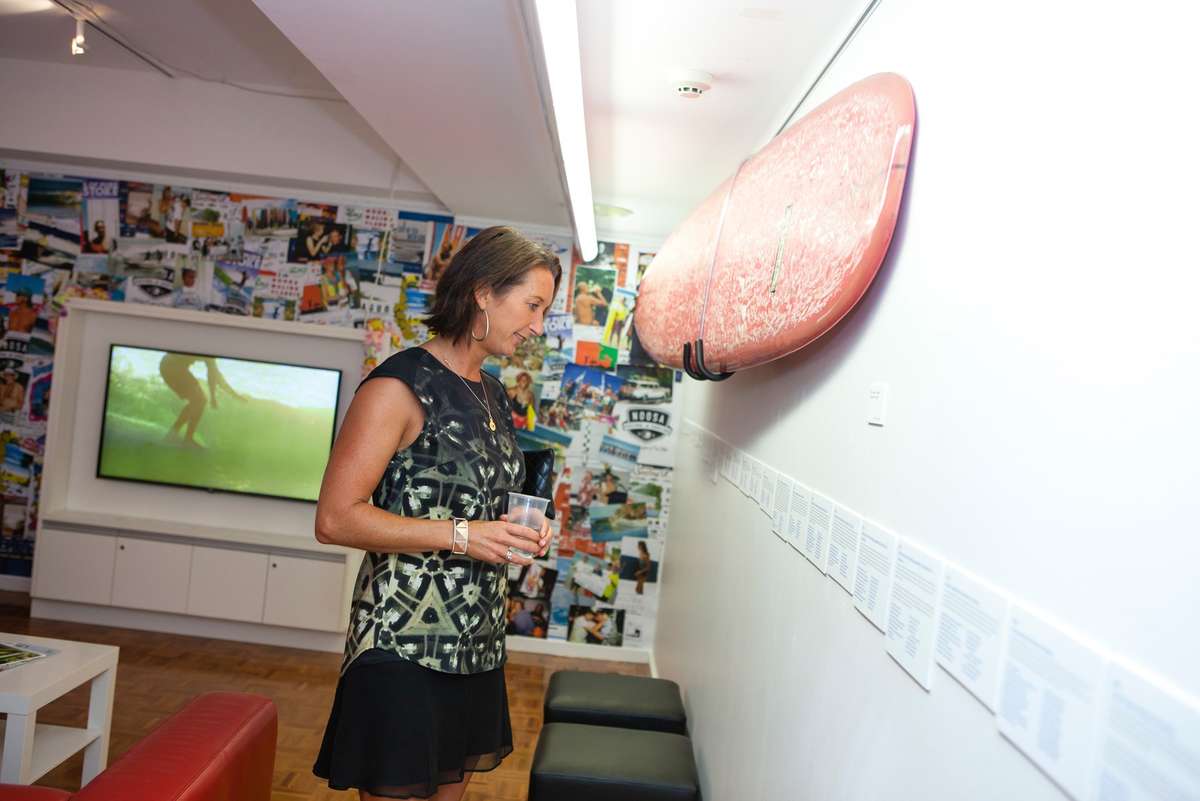 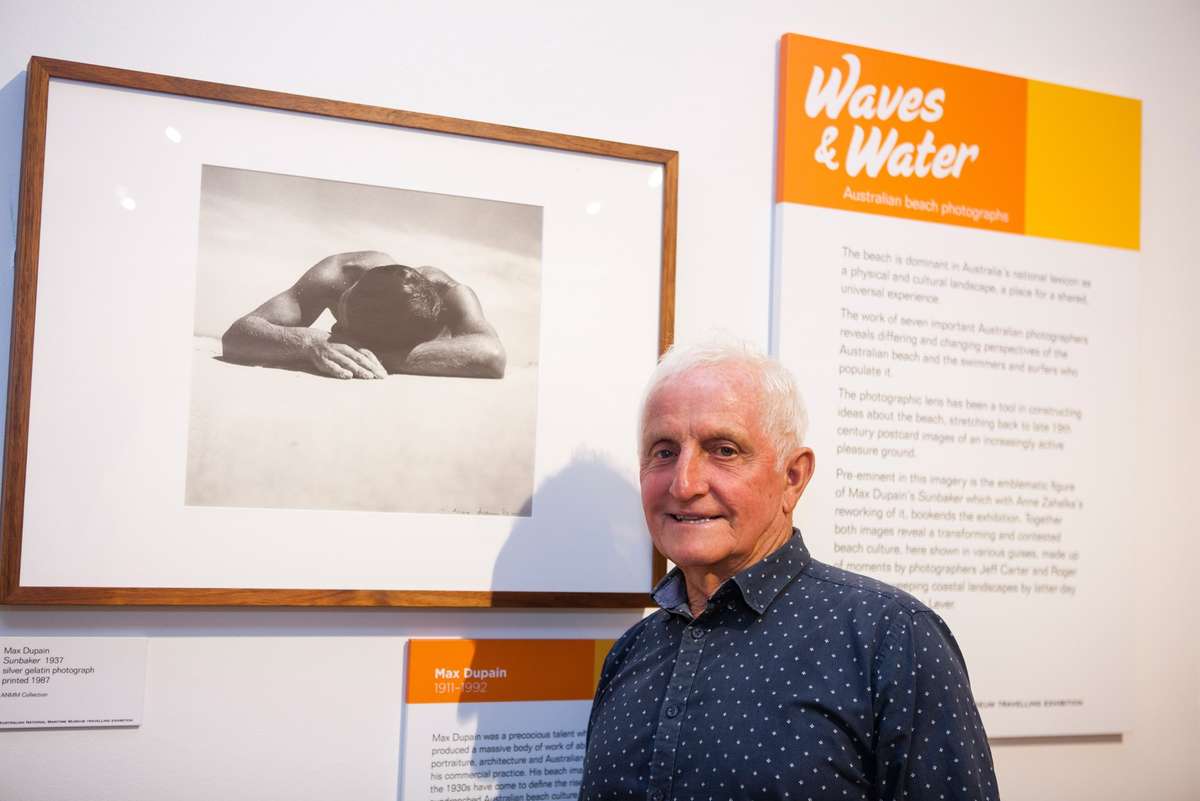 Waves and water looks at a history of the beach through the work of seven Australian photographers from the 1930s and it does include works by Jeff Carter, some taken in Noosa back in the 1960s. Ironically, his 1968 work the honeymooners of surfers David and Jean who met in the surf contradicts the dominant male subculture. 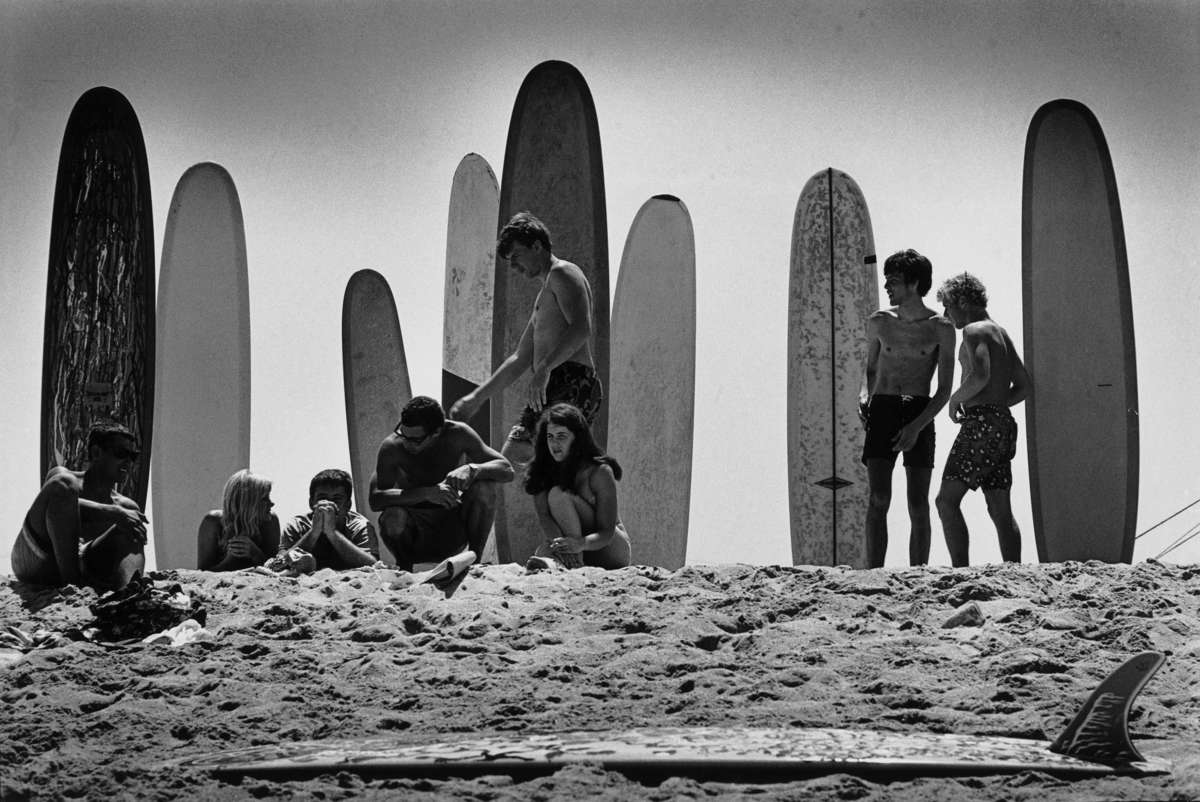 The exhibition is prefaced by 19th century postcard views of the Australian beach – a place for the promenade, donkeys on the sands, beachside entertainment, the picturesque and the well-worn narrative of bathers paddling at the fringes of public beaches. It was in the 1930s when modernist photographers like Max Dupain celebrated the active beach and its abstract qualities, light and athletic beach bodies in producing some of the most memorable Australian beach photographs of the 20th century. 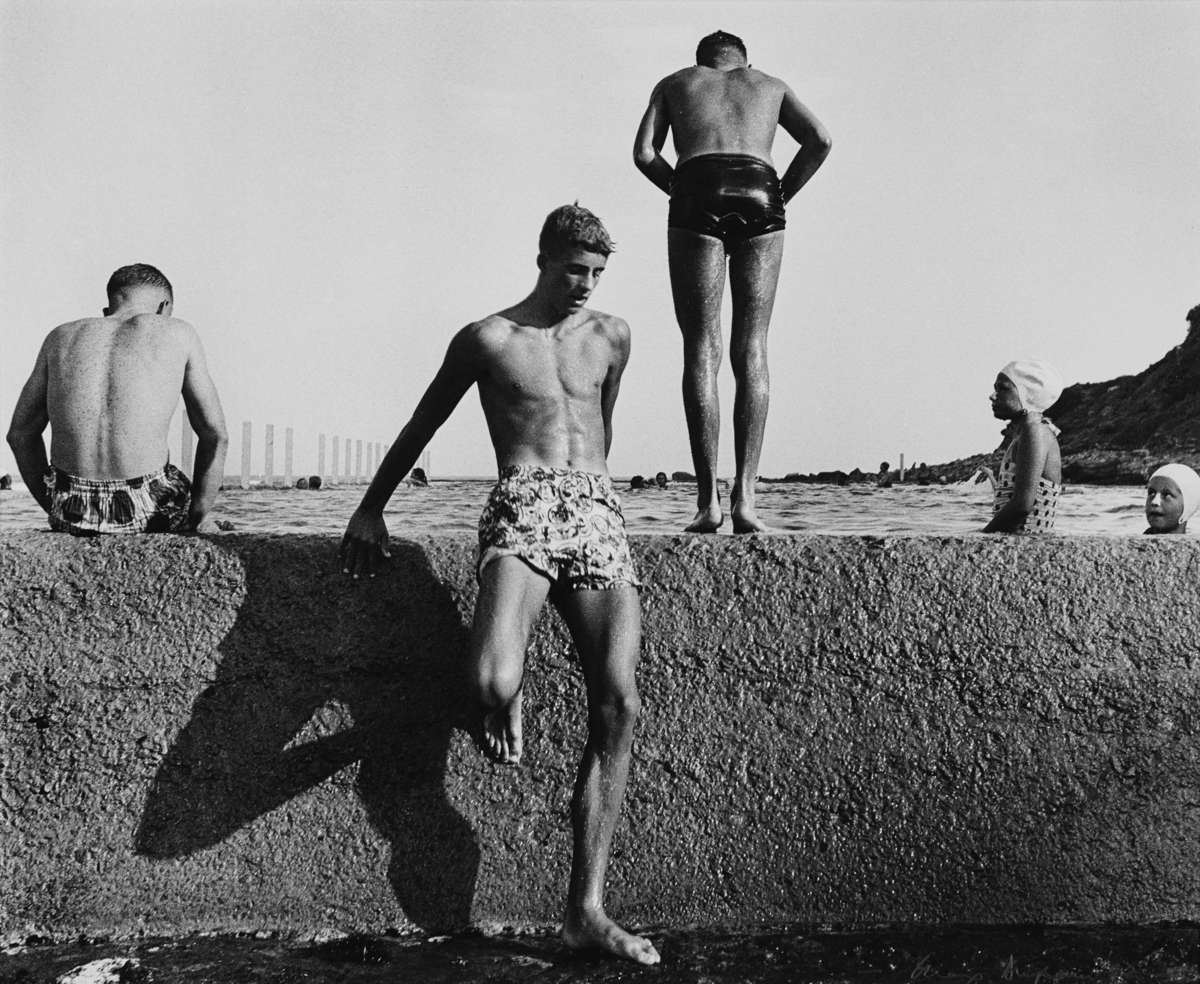 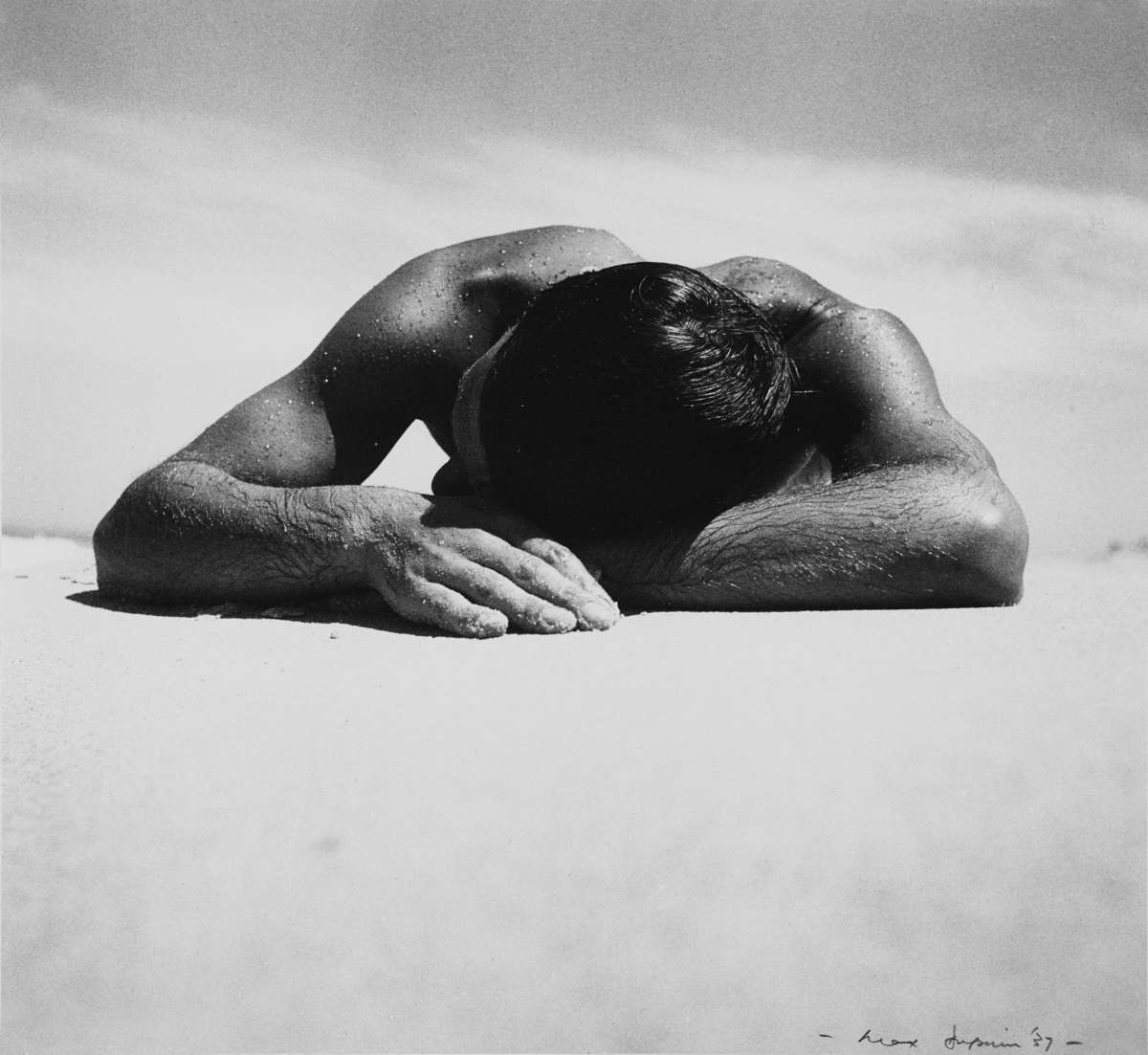 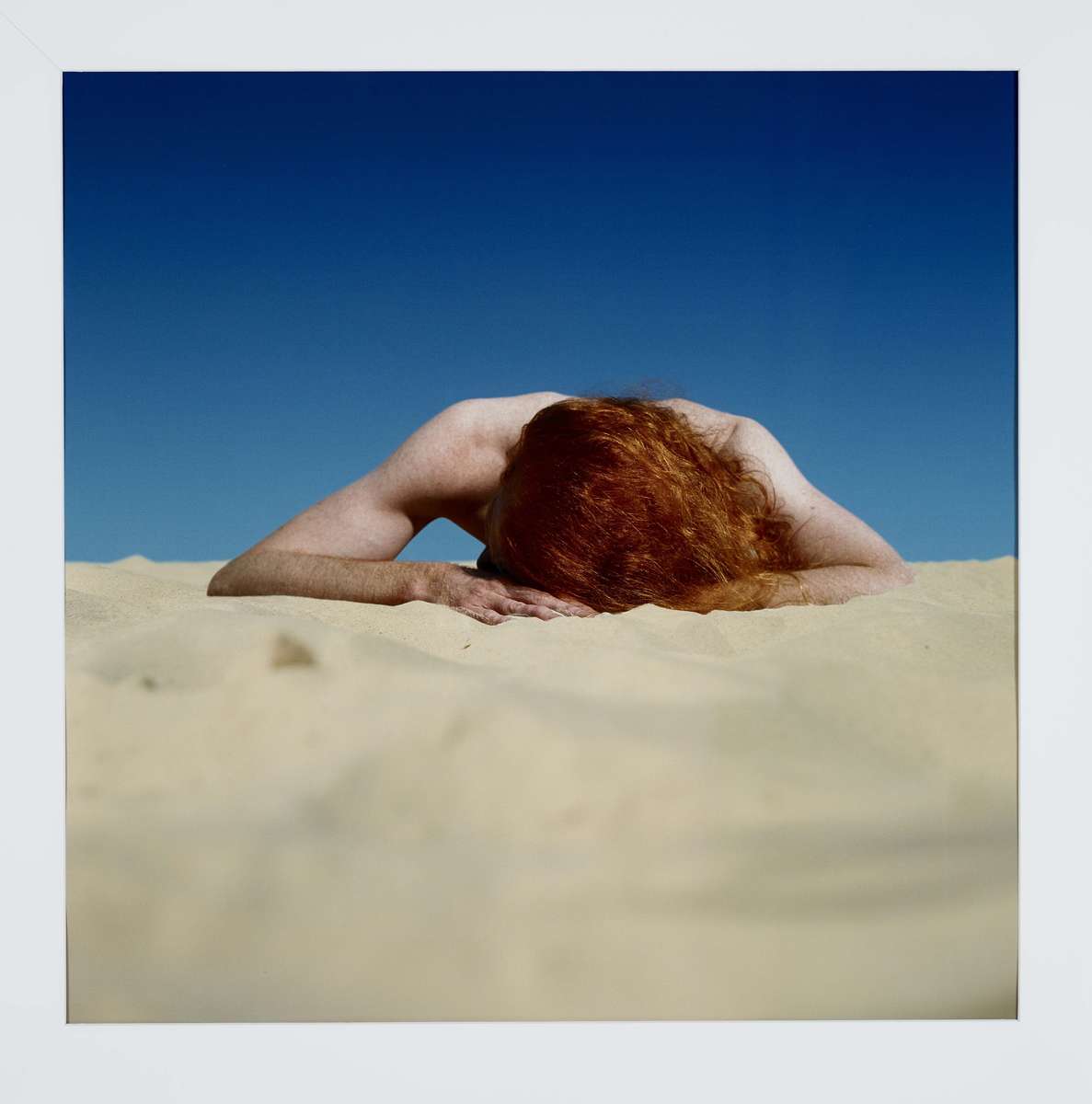 His iconic Sunbaker, an image of his friend Harold Salvage taken in 1937 on a camping trip to Culburra, NSW is one photograph which came to symbolise Australian beach culture after it was popularised in 1975. Apparently Dupain grew tired of the attention the photograph received above all his work and grew reluctant to talk about it. His hesitance in endorsing its dominance is at odds with its tremendous recognition as an icon of national identity, funny given Salvage was British.

It is this symbolism which Anne Zahalka another photographer in the exhibition questions in her image making, reinterpreting dupain’s image, replacing the bronzed body surfer with a pale skinned redhead in The Sunbather #2. Her beautiful, carefully composed, theatrical tableaux question notions of identity by critiquing well-known images. They also challenge photographic conventions, including the pursuit of the decisive moment.

And the exhibition does feature work in moments, by photojournalists Jeff Carter and Roger Scott from the 60s and 70s, and images which show the allure of the water and this thing we know as the beach – surfing by surfer and Dupain contemporary Ray Leighton, sweeping coastal landscapes by latter-day pictorialist Ian Lever and large scale, sometimes sinister views from beneath by Trent Parke and Narelle Autio. 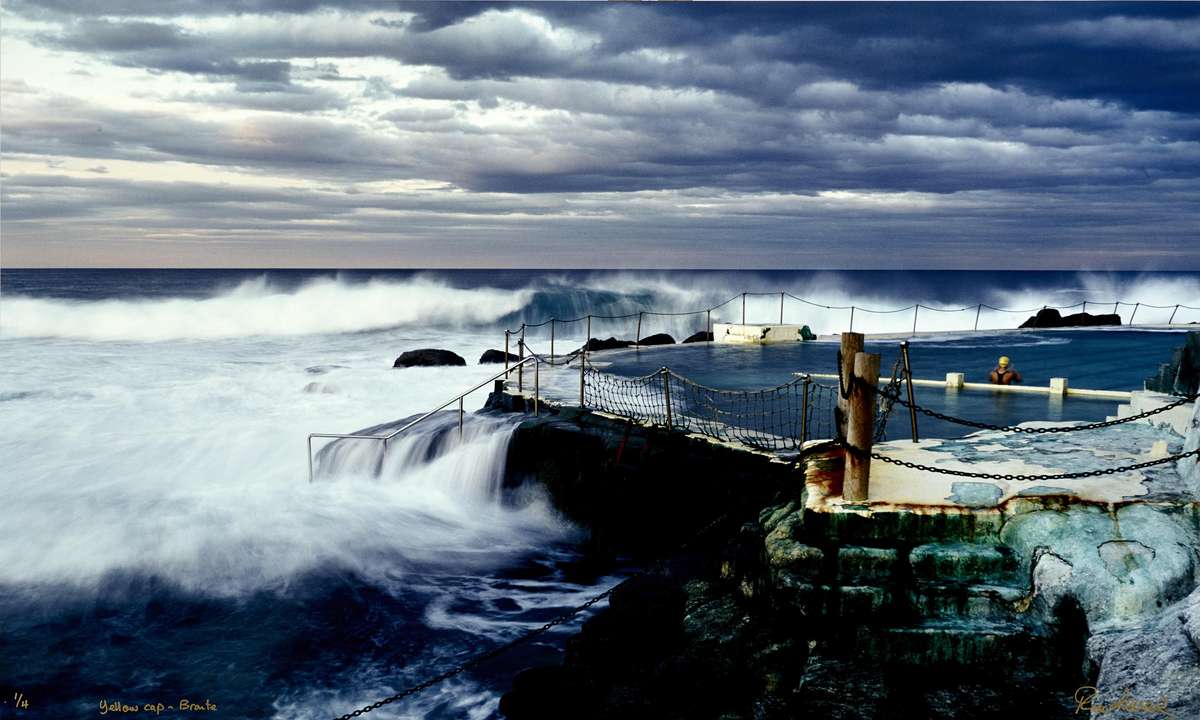 Waves and water was happily paired with an exhibition exploring the history of the Noosa Surfing Festival so it was great to see the museum’s national collections on display in a location where they are most relevant – stunning beach photographs in Noosa the beach mecca.

For more vintage beach fashions and photos, take a look at our Gervaise Purcell collection on Flickr.

View all posts by Daina Fletcher→
Posted in: Exhibitions , From the collection , Arts and Culture
↑