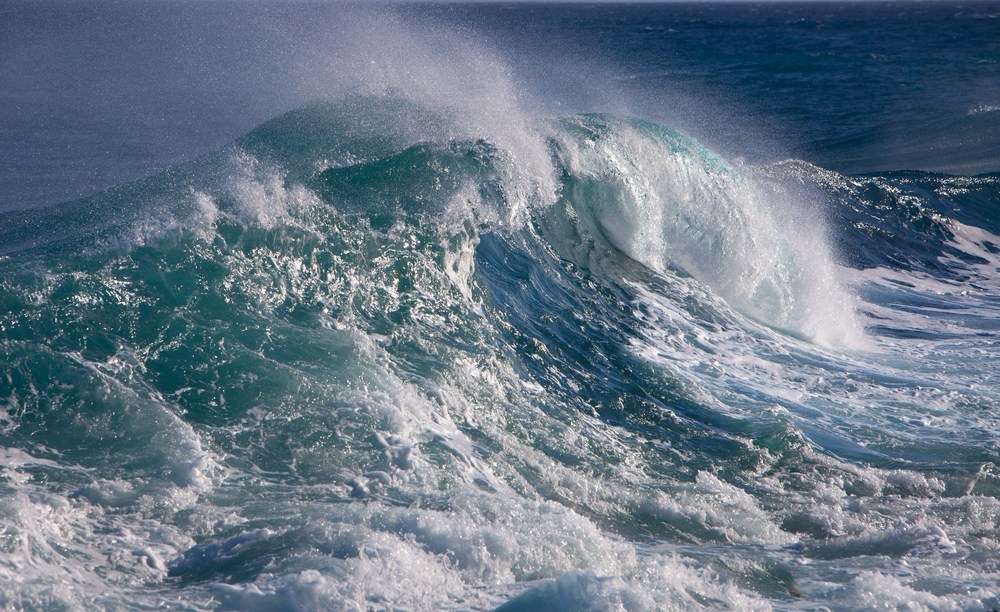 When we think of threats to our oceans we might think of pollution, climate change or over-fishing. But there is another, bigger danger – one that underpins all these. Ignorance. This is either a lack of knowledge about what is going on with our oceans, or just simply taking them for granted – ignoring them as if they will always be there, and always beautiful and plentiful.

This claim that ignorance is the primary issue facing our oceans featured in a recent article The greatest threat to our oceans by Paul Brown in The Guardian. Brown reports on new efforts in Europe to focus on education as the most important way of tackling the issues for our oceans. The most striking fact in the report is that;

Half the oxygen we breathe comes from the oceans – and if the plankton that produces it died off so would we. 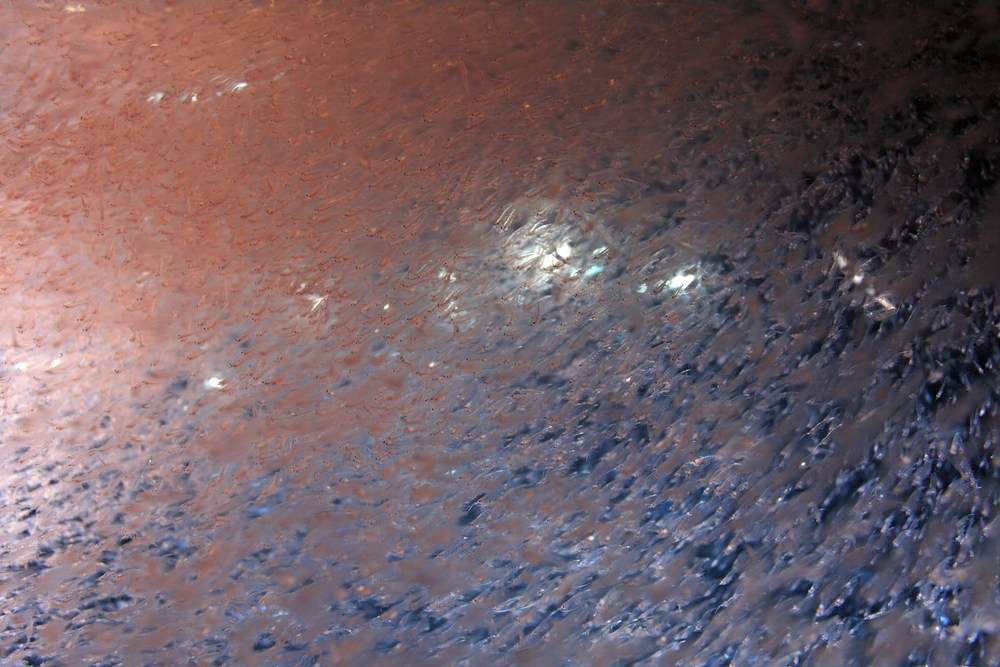 The food chain in the ocean starts with phytoplankton. They are eaten by many  marine ‘vegetarians’ such as krill, who are then in turn eaten by a variety of creatures, such as fish, squid, seabirds, seals and whales

Hang on? If we lose our plankton, we don’t survive? But scientists have already found that phytoplankton in the oceans has declined by about 40 per cent over the past century, mostly since the 1950s. They know that microscopic life crucial to the marine food chain is declining. They are talking about the possibility of oceans being devoid of all life if things keep going the way they are. And they think that the consequences could be catastrophic. 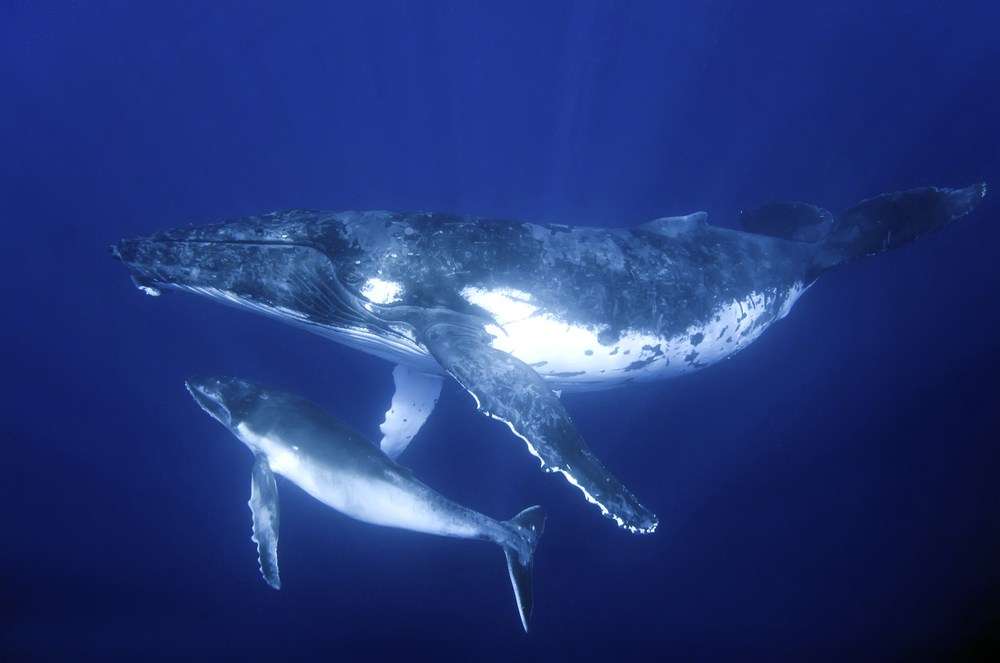 A humpback whale with her calf. The calf will start its life with an accumulation of toxins inherited from its mother, passed up the food chain.  Image: SHUTTERSTOCK

In Europe a recent campaign called Sea Change is trying to focus on what they call ‘ocean literacy’ – the creation of ‘a deeper understanding amongst European citizens of how their health depends on the health of our seas and ocean.’ They hope to spread a ‘sea change’ in people’s perceptions, values and understandings of the waters that sustain our lives. They see this as the fundamental goal, arguably even more important than the scientific studies and environmental projects already under way. They argue that the science must be led by education and awareness – ‘ocean literacy’.

This whole sea change concept got me thinking about the role of the maritime museum in all this. We might think of a museum as a place where we keep archaic objects, treasures that may now be rare. We might think of them as places where we learn about our wonderful maritime history and heritage. But are they places where we can look to the future as well? Do they have a role in this ‘sea change’?

Maritime museums have generally looked after the history of the movement of people across waters, and their interactions with rivers and oceans. They have been very much concerned with the project of conquering the seas as part of the history of human expansion around the globe. This seems somewhat outdated nowadays.

A maritime museum can and should be a repository for the past – a reservoir of the traces of the globalisation of society which were driven by maritime expansion. But it can, and must, be a place for engaging with ongoing human interactions with water. The oceans and seas, rather than being part of the past, are an increasingly critical part of our future.

As we move from 2015, the hottest average global temperature year on record, to one in 2016 that may be even hotter, the connections between human survival of climate change (of our own making) and the oceans are drawing the increasing attention of scientists around the world. Not only was 2015 ‘the warmest worldwide since records began in 1880, it also shattered the previous record held in 2014 by the widest margin ever observed’, concluded a recent report by the US National Oceanic and Atmospheric Administration (NOAA).

The oceans that sustained us in the past have now been found critical – in very different ways – to sustain us in the future. A maritime museum can be a place where we might ‘create deeper understandings’ amongst Australians of ‘how their health (and survival) depends on the health of our seas and oceans’. As the Sea Change projects suggests, our oceans and seas are ‘a necessary resource that must be protected for all life on the planet Earth to exist.’ 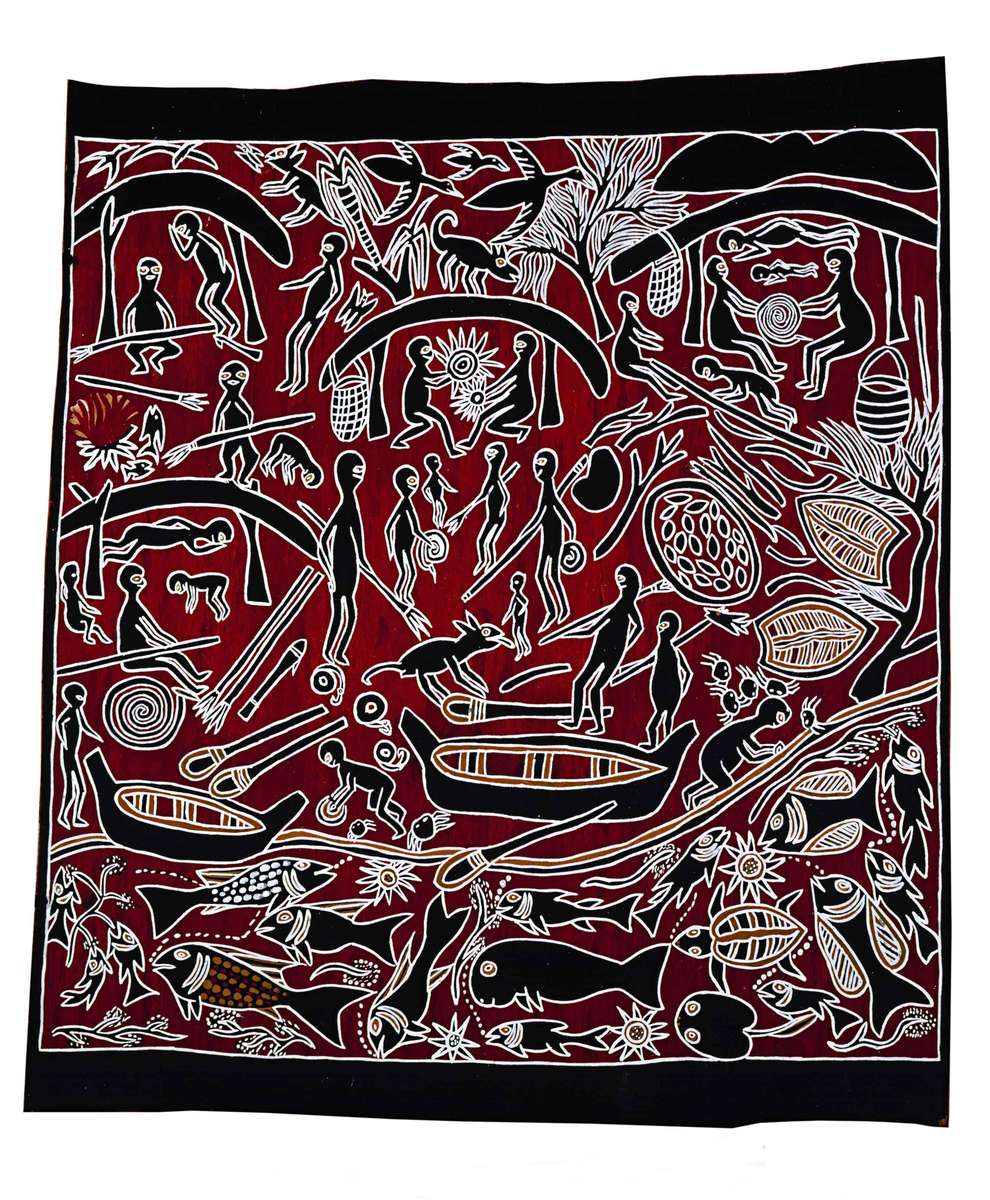 This bark painting by Yolngu artist Marrnyula Mununggurr ‘Living by the Sea’ depicts the Yolngu people of East Arnhem Land living and interacting with the sea. Non-Indigenous Australian scientists are turning to Indigenous saltwater management traditions as part of efforts in our own ‘sea change’ in knowledge and understanding of sustainable practices. ANMM Collection Purchased with the assistance of Stephen Grant of the GrantPirrie Gallery

View all posts by Stephen Gapps→
Posted in: Oceanography
↑