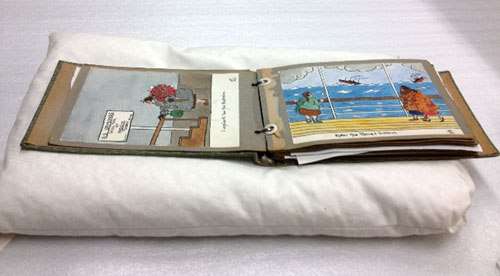 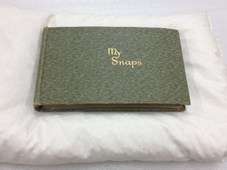 Visual diary from the ANMM Collection 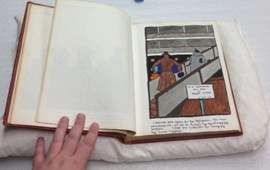 Throughout my internship I have been investigating various diaries and logs to gain access into the lives of the authors, quite literally. Who were these people? Where did they live? In what country? Did they have any relatives? Children? A spouse? When was their birthday? Do they talk about their occupation? These are just a few questions running through my mind as I read and research. But while this process is important to conducting a thorough search into the object to understand provenance and historical background, there is another increasingly overlooked reason to conduct this research – copyright.

The Australian National Maritime Museum has over 500 diaries, journals and logs that are classified as ‘orphan works’. This means the current owner of the copyright material cannot be identified or located. To gain copyright, my project has been to identify a living relative to contact.

Mrs M E Cherry, author of ‘My Snaps’ and ‘The Watercolour Album’, was one such person who was given to me to research for copyright. The album is a great collection of images detailing Mrs Cherry’s voyages to Australia from London in 1931–32 aboard the SS Ormonde as well as her travels from 1932 to 1939 aboard the Oronsay and the Orama. It is a humorous account with great descriptions of life on board as well as her family life with her sisters. With such an amazing item in the collection, I was asked to try and research her further, and that started with trying to find a name to match the drawings. 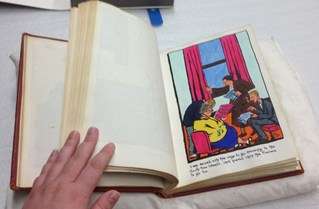 Thankfully Mrs Cherry always signed her work with her name, M E Cherry, and a date. This limited the search considerably and allowed me to easily track down the shipping records for her voyages. But what was her stated name on all the records? Mrs M E Cherry. While this record was not extremely helpful for obtaining a name, it did give one more clue; her birthday,11 July 1887. But there were gaps that I could not fill. Who was her husband? More importantly, what was her maiden name?

Thankfully Mrs Cherry was very descriptive about her time before and during her trips. Two descriptions were extremely important in my search. She states:

‘I am seized with the urge to go cruising to the South Sea Islands, and prevail upon the Fowlers to go too.’

‘Before we have been eighteen hours at sea, Florence – as usual – discovers someone she has travelled with before.’

These images helped to garner a name; Florence Fowler. But was Florence related to Mrs Cherry? Well, you can always count on the Society Pages to continue to allow us to peek into the lives of others, even 80 years on. Searching through Trove, it was confirmed with the following announcement published in The Argus on August 1934; 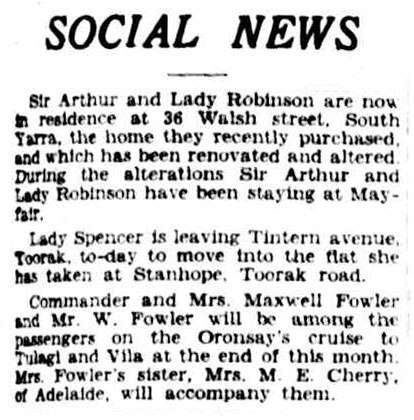 By searching the marriage record of the Fowlers, there were two surname possibilities: Pogson or Ayers. As there were no M E Pogsons born in 1887, it was easy to discern a maiden name; ‘Ayers’. And there she was, I had found her: Mabel Edith Ayers, born in 1887, married to William Norman Lyndon Cherry in 1908 before moving to England. After this I found many articles relating to Mabel Cherry’s travels: 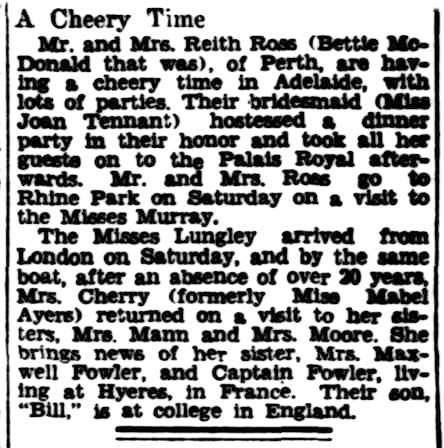 Adding a complete name to her album was a victory for me, but what resulted from confirming her name was an even more exciting link. Mrs Mabel Edith Cherry was the daughter of Frederic Ayers, granddaughter of Sir Henry Ayers, Premier of South Australia and the namesake of Ayers Rock, now recognised as Uluru. What a connection! With such a prominent position and legacy within Australia’s history, the Society Pages notices were beginning to make sense. This also made researching the family a little easier, but this was only half the battle to obtain copyright. Although I knew the author of the albums and her ancestry, I still had to search for a living relative to contact.

Firstly, did Mrs Cherry have children? The 1911 England Census told us there were no children within the first three years of her marriage. Searching Trove, there was one glimmer of hope; a marriage notice for a Mr Cherry, only son of Mrs M E Cherry and Mr W L Cherry in Adelaide. This ultimately was a lead which turned out to be a red herring in my search for a relative. Further searches within the National Archives UK turned up a match for a divorce record for the Cherrys in 1929. Therefore, if there were children, they would probably have travelled or been mentioned in the albums. There is no such mention, only a confirmation that she had no children in one of her drawings; ‘And, at the moment, I have no unwanted children!’ The only relatives mentioned in her albums are her nephew and a great-nephew. 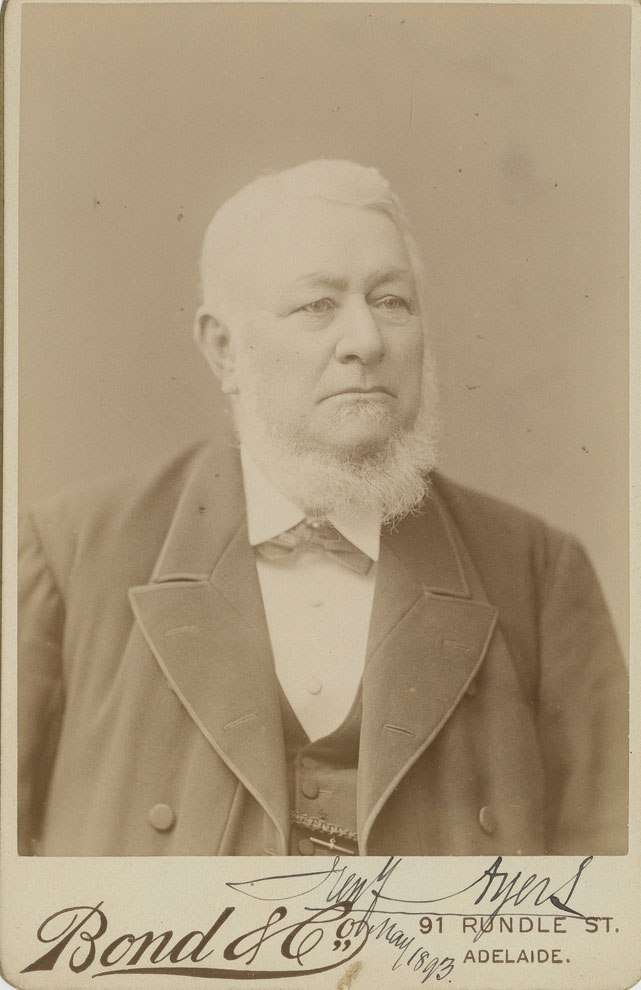 Although Mrs Cherry did not have children, this did not end my search. We must also look at her siblings to see if we have someone we can contact. Mrs Cherry was one of six children to Frederic Ayers and Evelyn Cameron Potts. While it is easy to obtain the names and spouses of her siblings, the difficulty lies in researching their children. Four of her siblings appear to have no children, but this is difficult to confirm due to the lack of records available to view. Searches through various websites such as Genealogy SA and Ancestry.com have garnered no plausible results and without a birth or marriage record, there is little that can be done.

Disheartened, I went back to the albums. Maybe there was something I had missed? I then remembered the Fowlers and ‘the Nephew’. Looking at the passenger list for the SS Ormonde, I found Mr H N Fowler or Hedley Neville Fowler, who was a Royal Air Force pilot and prisoner of war during the Second World War. Tragically after escaping the prisoner of war camp, Hedley died during an air flight test in 1944.

So what is the result of all this research if there is no family to contact? The museum moves forward by seeking legal advice before attempting digitisation. More importantly, there is now a rich source of material gained from this process. We have now have access to a wealth of information not previously known.

I started this project asking myself; who is Mrs Cherry? Well, I now know her as Mrs Mabel Edith Cherry; a wife, sister, aunt and artist to a legacy which continues beyond her death in 1972. Her talent and hilarious illustrations can hopefully soon be enjoyed by all Australians.

View all posts by Katharine Cousins→
Posted in: From the collection
↑