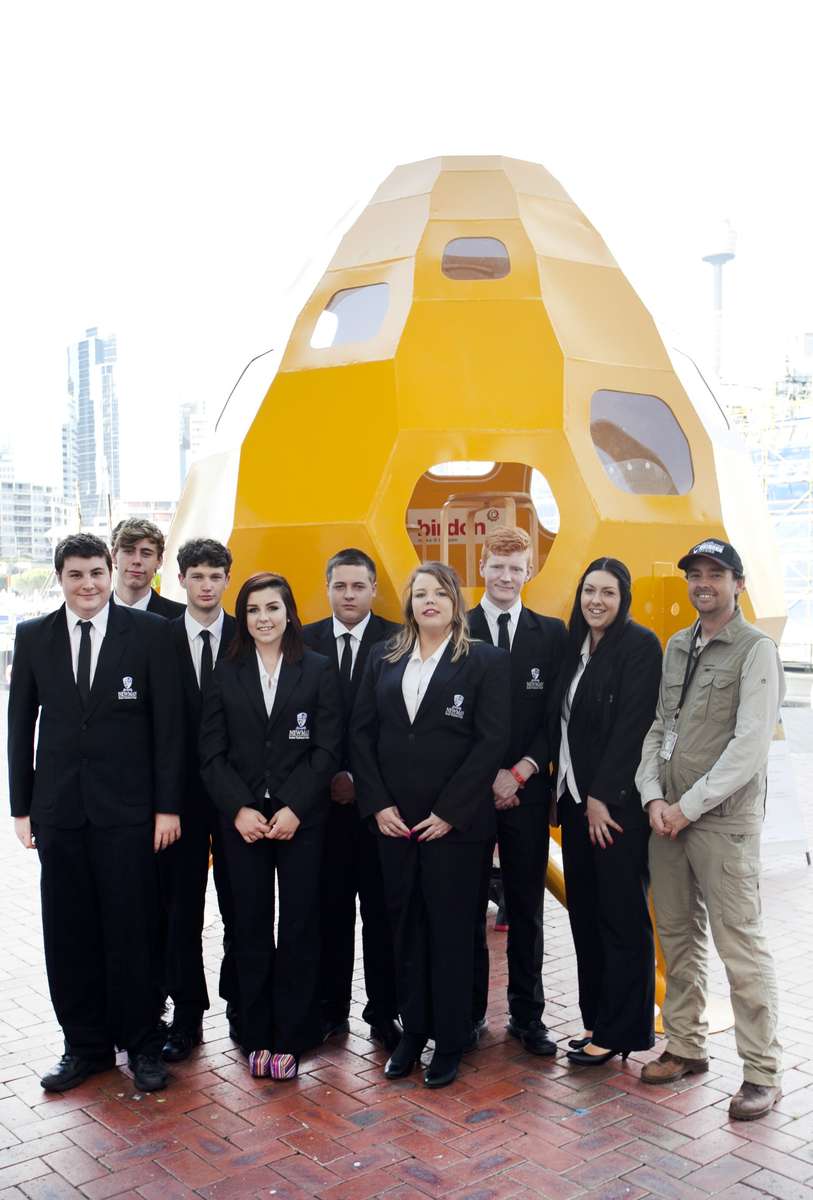 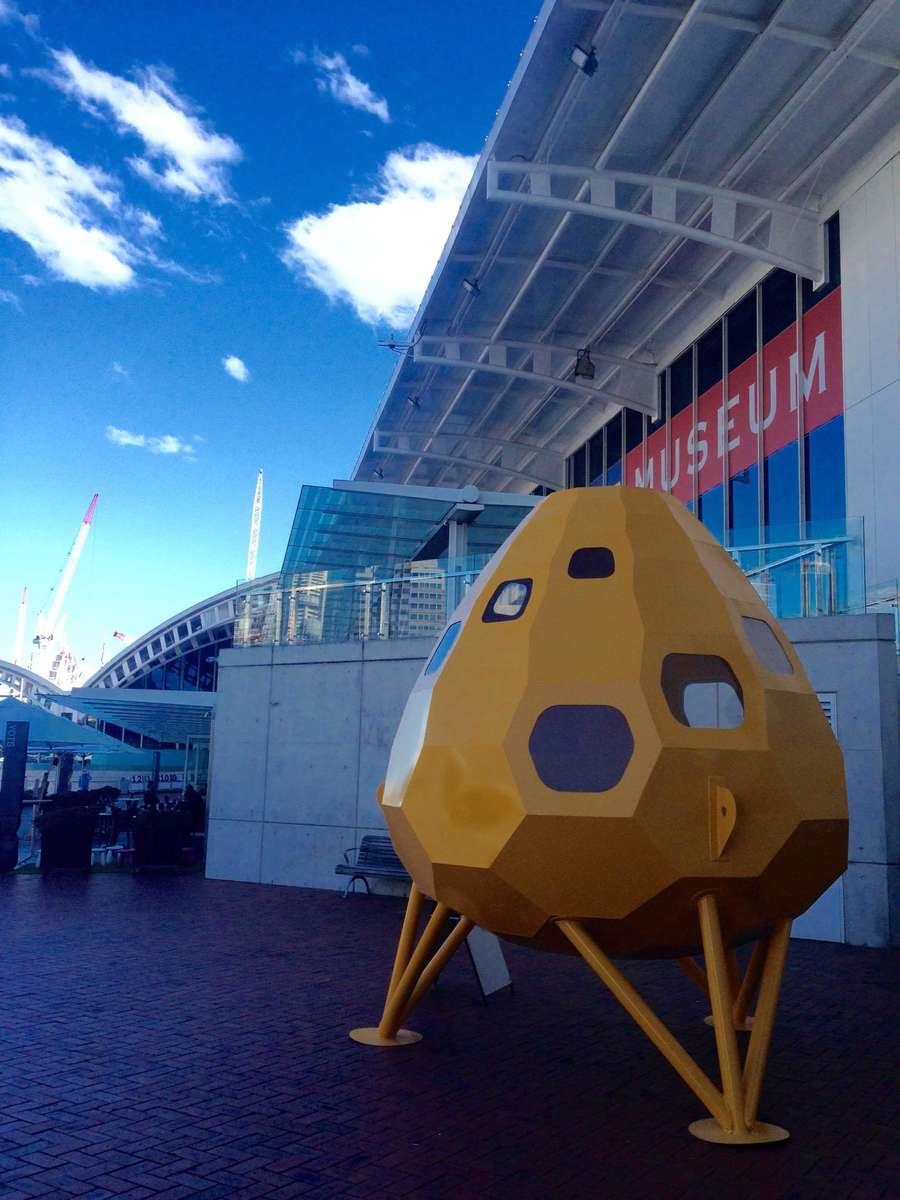 The bright yellow habitat that has been a fixture at the museum during National Science Week 2015 has demonstrated the potential of collaborative projects to inspire younger generations to consider a career in science.

The ‘habitat’, built for underwater adventurer Lloyd Godson, was constructed by 17–18 year old students from Newman Senior Technical College in Port Macquarie as part of their technical training. Allowing students to gain valuable skills in science, technology, engineering and maths (STEM), the project mirrors the museum’s focus on developing projects that engage people in the possibilities of a career in STEM.

A conversation with one of the students confirmed the potential of this collaboration to inspire as she talked about the many career possibilities this project has now opened up to her. While it is not every day that young Australians get the opportunity to work on such a fascinating enterprise, what this does demonstrate is undertaking studies in STEM can lead you to some extraordinary work. 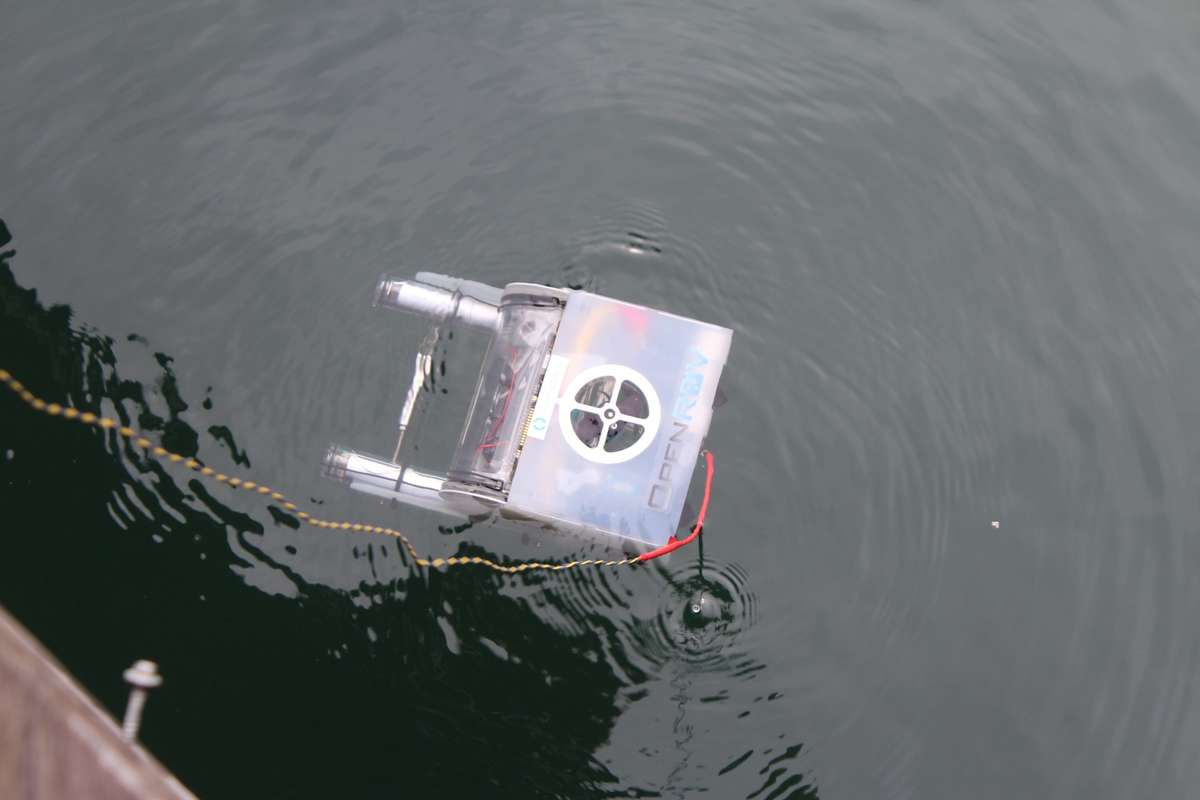 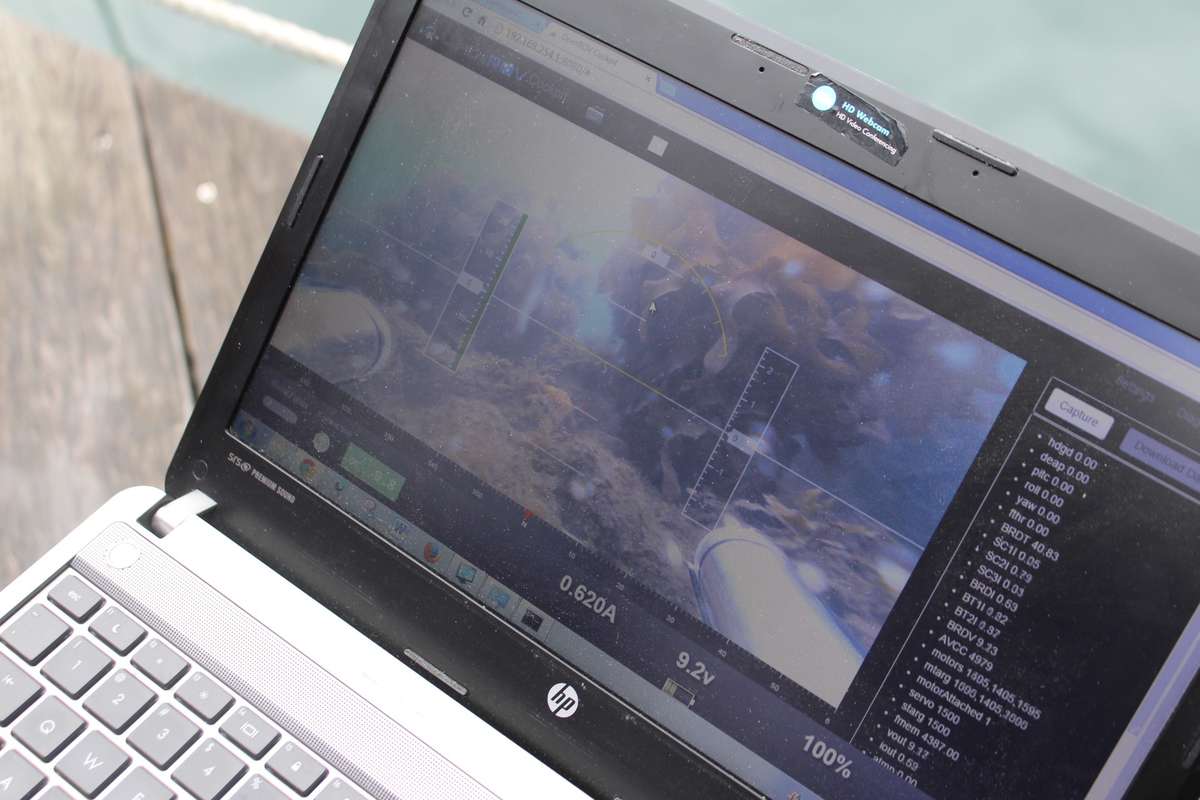 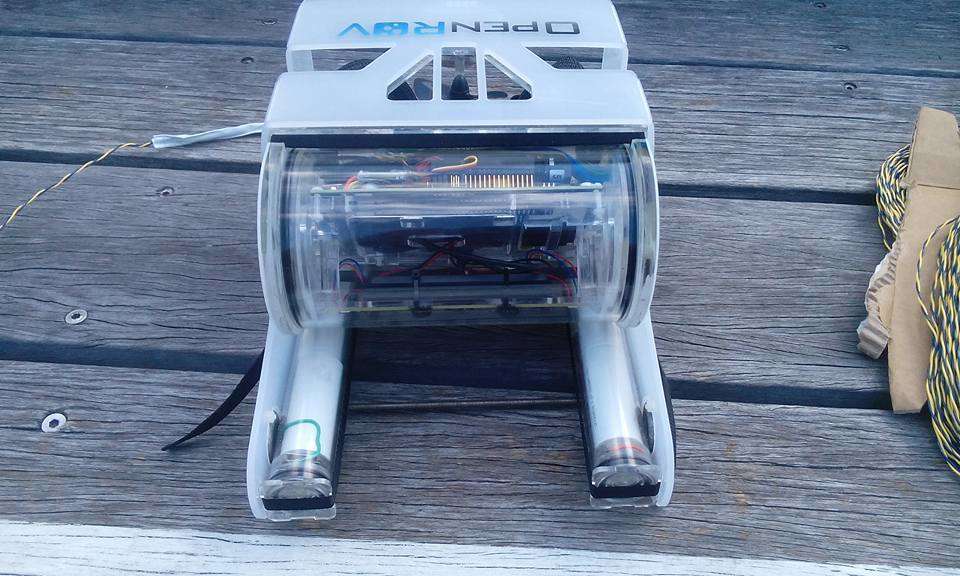 The ROV in action

At the openROV workshop on Saturday 22 August a budding school-aged scientist listened intently as robotics expert and diver Neill Wainwright tutored him in various facets of computing. Nearby, two university students huddled around one of the ROVs, meticulously soldering plastic covers onto the end of blue and white wires with the care of doctors operating on a patient. These young individuals had come to the museum to learn about robotics and what it’s like to have a career in science and technology.

Over the course of National Science Week, Neill guided participants through building a fully-functional ROV that was then trailed in the harbour water. One of the ROV builders explained that their experience opened up her eyes to the many potential science careers and was proud that she helped build a fully operational ROV from scratch. 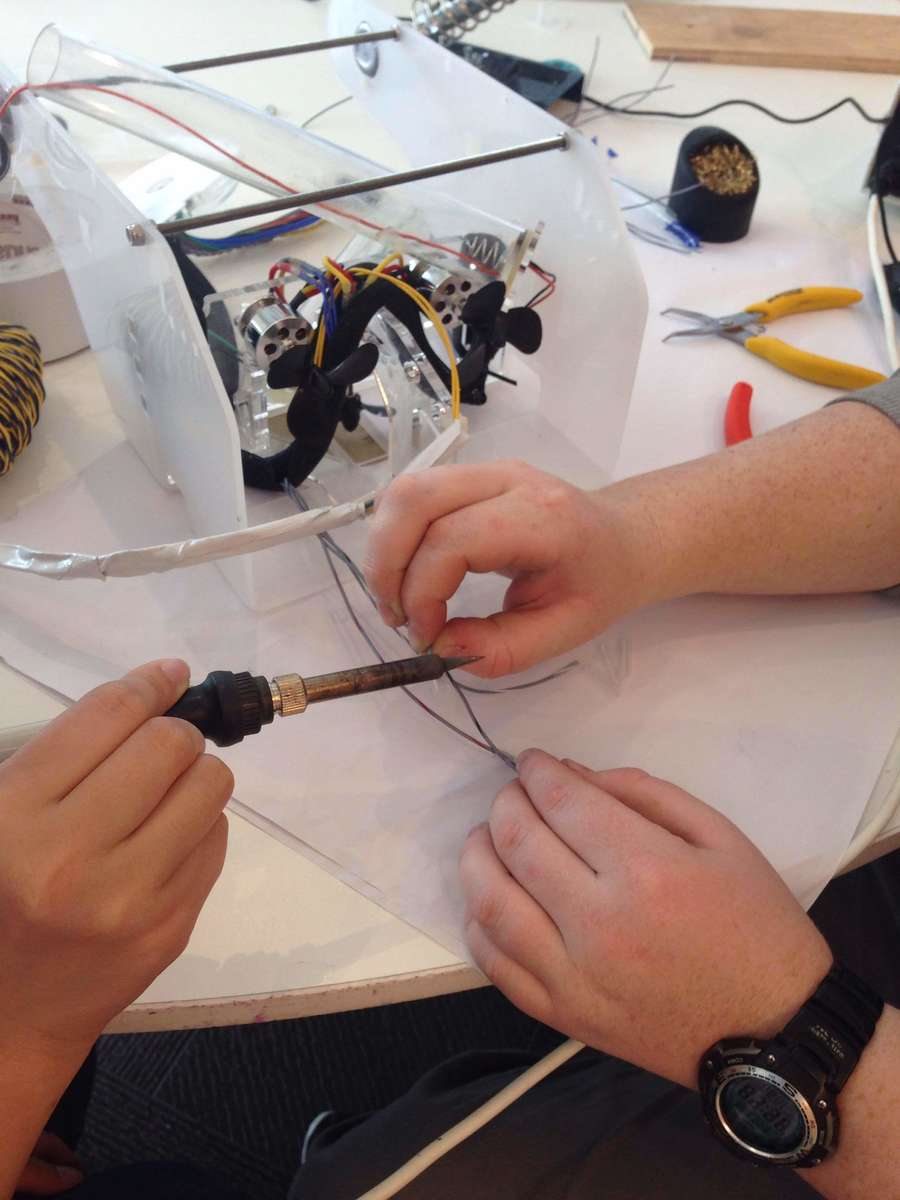 Weaving across the blue and green lit floor you can hear soundbites of conversations emanating from the crowds gathered to hear four speakers talk at the museums Be an Underwater Hero event on Thursday 20 August. The aim of the night was to facilitate the transfer of knowledge and the sharing of ideas on marine science and conservation between the public and four key experts.

Driven by the speakers’ fields of expertise, discussions ranged from specific research topics to broad subjects such as climate change and the future of our reef.  UNSW senior lecturer Dr Adriana Vergés explored the impacts of climate change and the tropicalisation of our temperate reefs; model and Ocean Ambassador Laura Wells talked about the possibilities of using refuse materials for new products; conservationist John Rumney, who came all the way from Port Douglas, Queensland, discussed society’s responsibility to protect our oceans and aquanaut Lloyd Godson spoke about his experiences living underwater and his collaboration with Newman Senior Technical College on his next underwater project. As the night progressed new connections were formed and possibilities for future projects in marine science and conservation were generated. 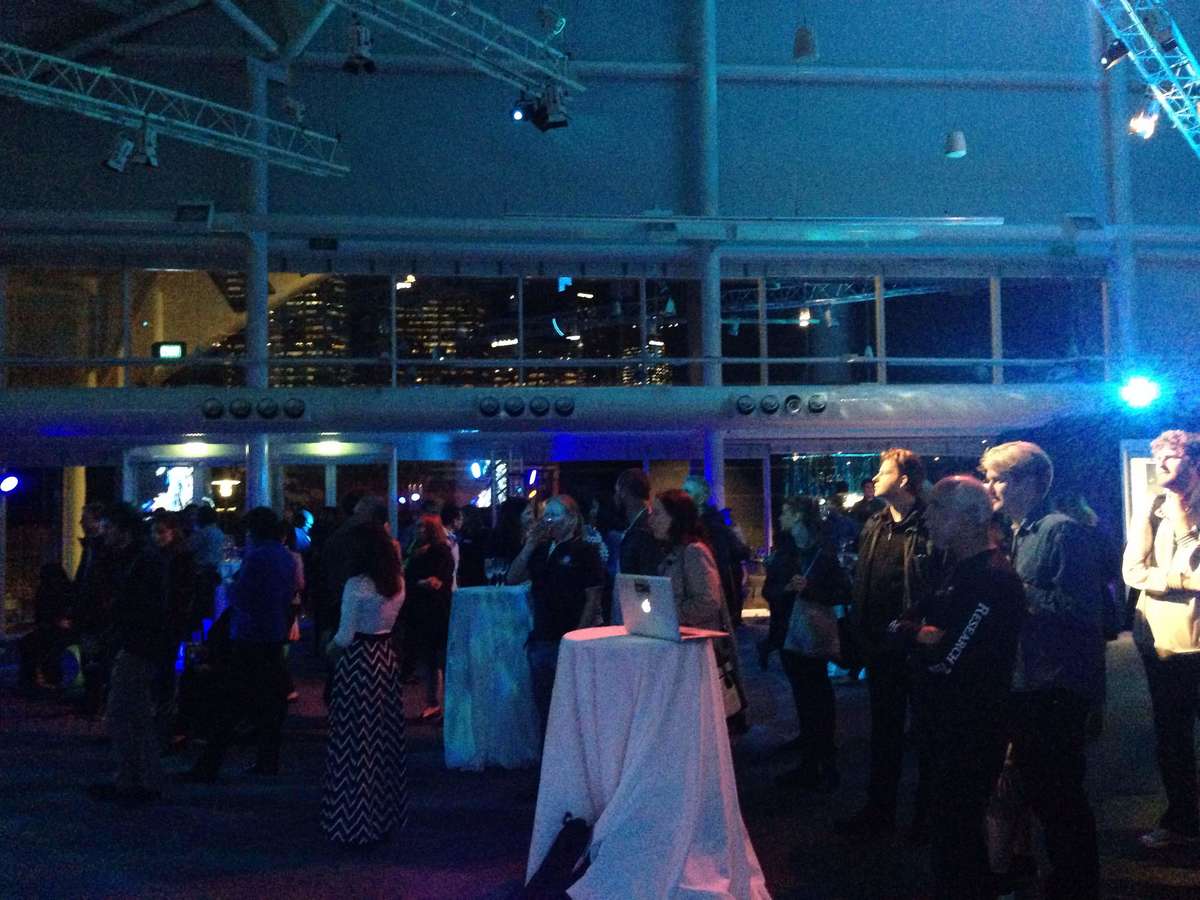 ‘Be an Underwater Hero’ event at the Australian National Maritime Museum

Rounding out National Science Week was the children’s programs Mini Mariners: Aquanaut Adventures and Kids on Deck: Splendiferous Submarine. Kids discovered mysterious deep sea creatures and phenomena and what it’s like to live in a submarine through character-guided gallery tours, storytelling, songs, dress ups, interactive games and craft activities. Kids were treated to exploding, gooey, glowing and smoking demonstrations while toddlers experimented with simple chemical reactions and used polymer clay and water to learn about buoyancy and how a submarine dives and surfaces.

The museum’s National Science Week program featured a range of projects to suit varying ages, skill-sets and interests with a central focus on demonstrating the importance of STEM in both marine science and conservation. Utilising technology and expertise, the museum has a range of year-round educational programs and events that link schools and the public with STEM content and resources.

The museum is now focused on developing inspiring and engaging programs for the 2016 National Science Week.