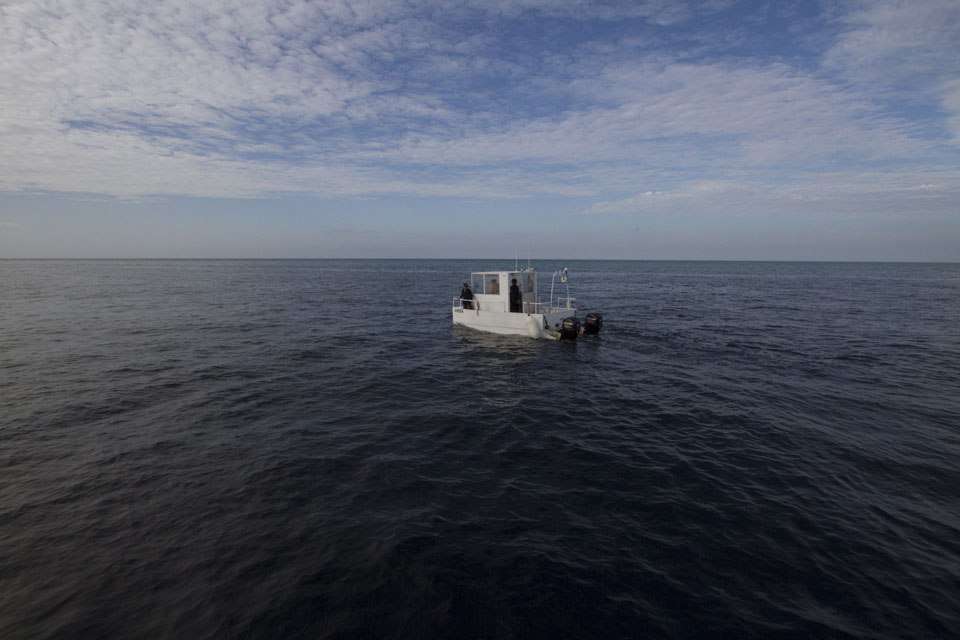 After having watched the waves pile up on top of the surrounding reefs for the last five days it was a great relief to finally get out from behind Waier Island and make our way slowly over to the western end of the Cumberland Entrance to commence searching for the wreck of the Hydrabad.

Arriving on station in the late afternoon we carried out a quick recognizance of the area in order to compare the existing chart data with what we observed on the ground and what Captain Robertson said in his account of the wrecking in May 1845. 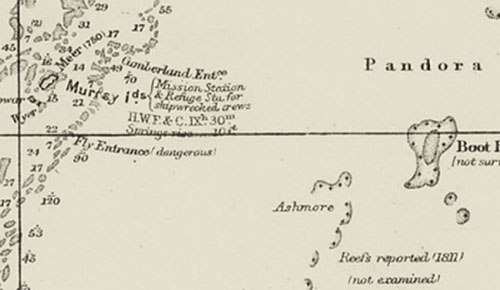 Although the main Cumberland Entrance through the Barrier is quite distinct – an 800 metre wide band of deep dark blue water threading its way between the light blue/green water which mark the edges of the northern and southern reef patches – we found a similar-looking deep water passage a few hundred metres to the south of the actual Entrance.

As some newspaper accounts at the time of the wrecking stated that Captain Robertson may have entered a false passage or entrance close to the real Cumberland Entrance, we decided to mag the more-sheltered southern passage first (although the wind had dropped, the waves on the reef on the southern-most side of the Cumberland Entrance were still breaking quite heavily due to the large swell), before switching our attention to the more open Cumberland Entrance to the north.

As Trevor navigated his way over to the southern side of the southern passage Frits and I set up the equipment, deployed the magnetometer and commenced testing the unit to make sure it was cycling correctly before we arrived at the reef. Then using a combination of seamanship, chart plotter, compass and depth sounder Trevor started running a series of tightly spaced search lanes, circumnavigating the southern-most reef, out from the shallow breaking edges of the reef towards the deeper water of the passage, whilst Frits and I kept on eye on the computer printouts. 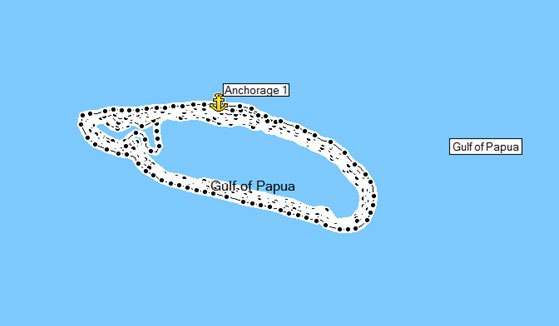 Due to a variety of reasons including sea conditions – cycling rate of the mag, depth of water, tow depth of the mag unit and the size of the predicted magnetic anomaly – we could only tow the mag at around five knots. So, after completing five 2,500-metre long search lanes, it was now well after dark and time to head back to The Boss before recommencing the search tomorrow morning.

Find out more in part 9 of the Ashmore Reef Expedition series.