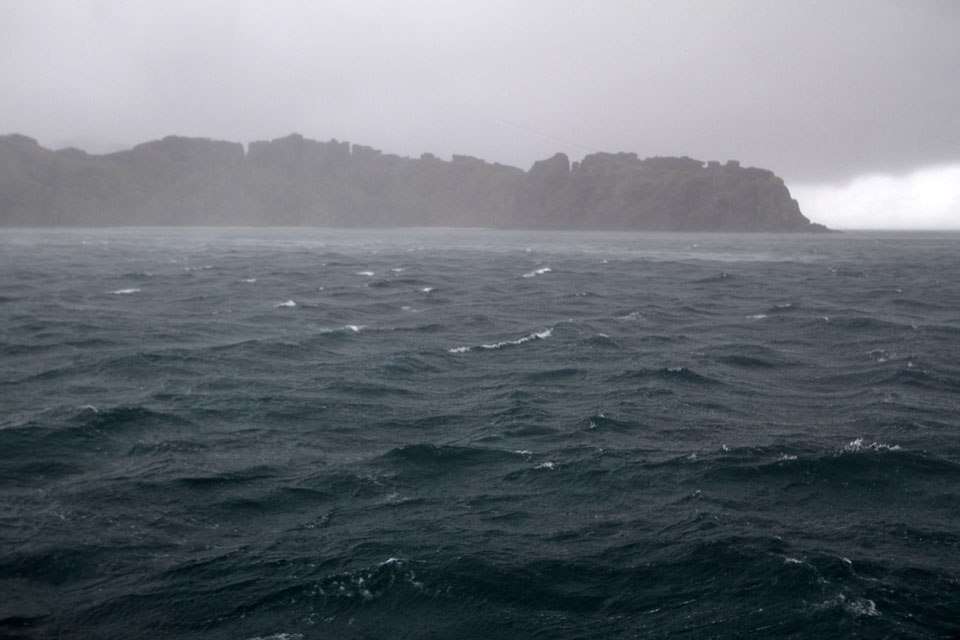 For the last five days (except for a brief trip over to Mer Island to allow six team members with pressing work or family commitments to fly back to the mainland) the expedition team have spent almost the entire time holed up on the southern side of Waier Island waiting for the strong North-westerly winds to abate.

However at long last the wind has started to drop off and the sea conditions have moderated enough to allow us to leave our sheltered anchorage to recommence our surveying work.

Unfortunately, judging by the Coral Sea weather forecasts, conditions on Ashmore Reef are still not favourable enough for us to resume diving operations on the unknown shipwreck, so we have decided to shift our focus to another area of interest (in archaeology it always pays to have several fall back positions in case of poor weather conditions or equipment problems) the Cumberland Entrance. 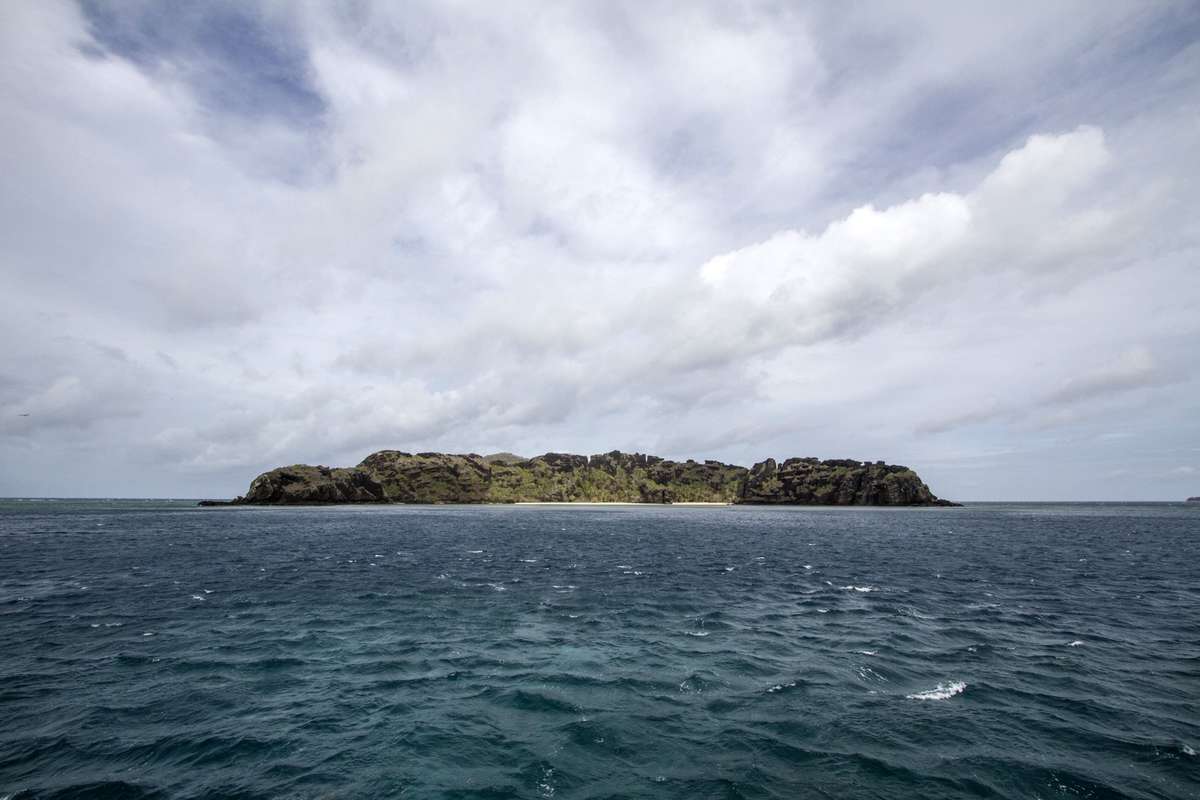 Cumberland Entrance – which leads into the Cumberland Passage – was given its European name by Matthew Flinders when he first sailed through the Great Barrier Reef in HMCS Cumberland on his voyage back to England following his wrecking in HMS Porpoise on Wreck Reefs in 1803.

Besides the Fly Entrance (1845) and the Hibernia Entrance (1810), the Cumberland Entrance (1803), is the only other known entrance in this section of the Great Barrier Reef and it was used occasionally by ships on their passage to India and Europe via the Outer Route. By the mid-1840s Cumberland Entrance had started to fall out of favour with Indian bound ships and was superseded by the Raine Island Entrance (marked by its famous beacon erected in 1844) and the Great North-east Channel surveyed by Captain Blackwood in HMS Fly in 1845.

Another reason for the decline in the use of the Cumberland Entrance was that it was a difficult entrance to use in most weather conditions and, despite being remarkable deep in places (we recorded depths greater than 90 metres in the centre of the Entrance), it also has a number of isolated rock bommies and coral pinnacles that could rip the bottom out of any unfortunate timber hulled vessel that came in contact with them.

One such vessel was the wooden, three masted, 695 ton ship Hydrabad owned and operated by one of the most famous 19th century shipbuilders/owners Duncan Dunbar. Named after the battle between British colonial forces and the Talpur Emirs at the city of Hyderabad in March 1843 the large oak and teak built ship was built by the Middle Dock Company of West Holborn, South Shields on the Tyne River in 1843.

Under the command of Captain Robertson, the vessel had made two previous voyages out to Sydney (NSW) and Hobart (VDL) carrying passengers, general cargo and on its last voyage 260 male convicts and their guard from the 22nd, 23rd, 58th and 99th regiments. 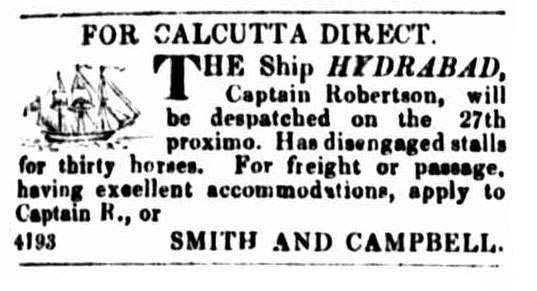 After arriving at Sydney in March 1845 the wooden internal compartments that formerly housed the male convicts and their guard were converted into horse stalls and forced air pumps were installed to ventilate the lower hold and tween decks because Captain Robertson, taking advantage of the growing trade in horses between Sydney and India where there was a large demand for horses for remounts for the East India Company army, had advertised the suitability of the Hydrabad for that purpose.

Intending to enter the Great Barrier Reef via the Raine Island Entrance contrary winds forced the vessel further north where Captain Robertson decided to use the more difficult Cumberland Entrance to enter Torres Strait. On the 25 May as the vessel entered the entrance it unfortunately struck on an isolated coral reef and quickly began to take on water. An anchor was let go to prevent the vessel sailing off the reef and the pumps were manned by the horse grooms whilst the sailors battled to stem the leak. After a twelve hour battle, with the two pumps now choked with loose coal, the water quickly flooded through the lower hold and Captain Robertson gave the orders to abandon ship.

The three ship’s boats were quickly provisioned and the vessel abandoned where it sank in fifteen fathoms of water almost in the middle of the Cumberland Entrance some seven nautical miles from Murray Island. Interestingly, fearing the reputation of the Murray Islanders as being fearsome warriors, the three boats first headed for Booby Island and then Port Essington before being rescued by the crews of HMS Fly, the Shamrock and the Hebe.

Given the remoteness of the Cumberland Entrance and the depth of water the Hydrabad sank in the wrecksite has never been located and would – if located – provide good comparative archaeological data on mid-19th century English shipbuilding along with additional information on early NSW – India trade.

Find out more in part 8 of the Ashmore Reef Expedition series.