A selection of the museum’s collection displayed on Google Cultural Institute.

The museum is excited to be among the 14 major Australian museums, archives and galleries to recently join Google’s Cultural Institute — the world’s biggest online museum.

Google’s online platform, which includes the Google Art Project, allows visitors to search and virtually explore high resolution images of artworks and artefacts from around the globe. So far, 673 international museums have joined, contributing digital collections, online exhibitions and even virtual tours made possible with Google’s Street View technology.

We selected 236 of our own collection highlights for the launch, showcasing the breadth and diversity of the National Maritime Collection. Objects such as the Charlotte Medal, recognised as Australia’s earliest colonial art work, and our rare Blaeu celestial globe can now be explored in incredible detail thanks to Google’s custom-built zoom viewer. 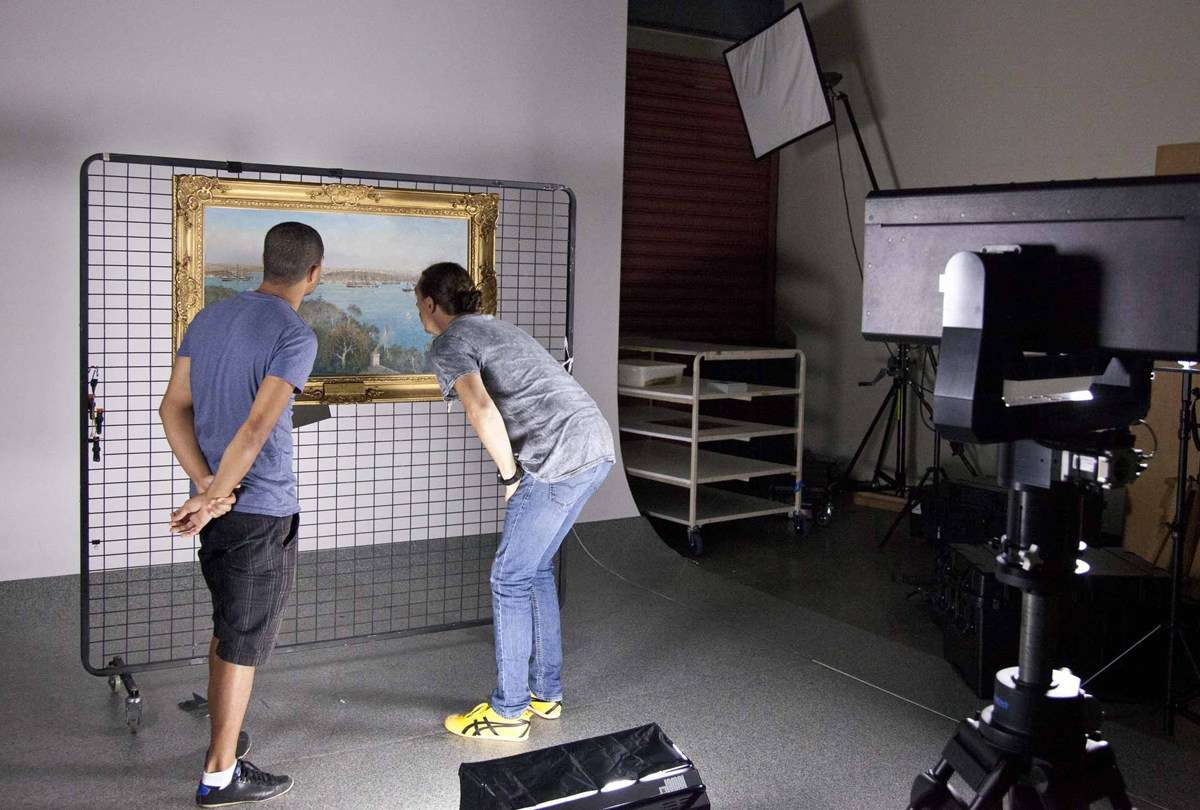 Google’s ‘gigapixel’ camera in action at the museum.

But the platform has more than just collection objects; Google’s online exhibitions help bring the stories to life. We’ve launched with three exhibits that explore different aspects of Australia’s connection to the sea: Australia’s first naval battle of World War I between HMAS Sydney and SMS Emden; the immigration story of Croatian artist Gina Sinozich and life on Sydney Harbour in the early twentieth century, as seen through the lens of photographer Samuel J Hood. 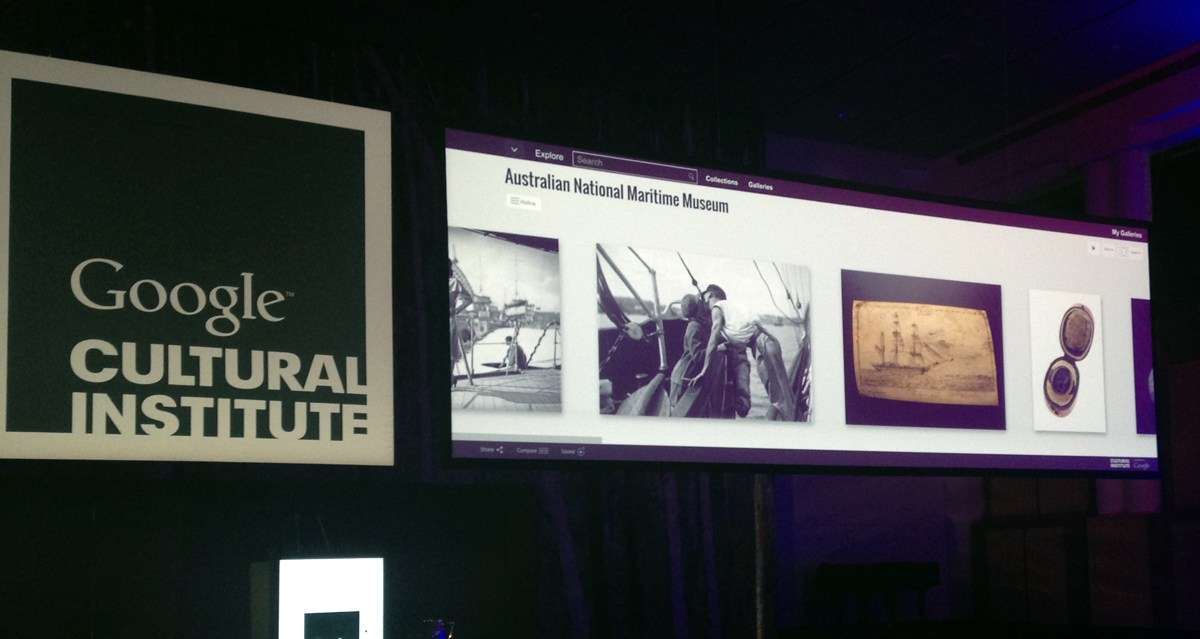 The launch of Google Cultural Institute at Parliament House, Canberra.

The Australian launch of Google Cultural Institute was held at Parliament House in Canberra yesterday. Staff from the participating institutions, including the Australian War Memorial and the National Museum of Australia, joined with Google Australia and New Zealand’s Managing Director Maile Carnegie and Attorney General and Minister for the Arts, the Hon. George Brandis, to celebrate this partnership between culture and technology.

We aim to continue creating and sharing our content on Google Cultural Institute, allowing many more people to discover and access Australia’s maritime heritage and culture.

Find out more on Google’s blog, or explore our collection on Google Cultural Institute.

Michelle is a Digital Curator at the Australian National Maritime Museum.

View all posts by Michelle Mortimer→
Posted in: From the collection