Overnight, the wind from the north-west has abated a little and the swell on the northern exposed edge of Ashmore Reef, where the wreck site is located, has decreased. This allowed us to get dive teams on-site nice and early to take advantage of the calmer seas.

With two teams working from the large anchors and one team working from the small anchors – and keeping an increasingly worrying eye on the wind as it began to strengthen as the day progressed – the site and its relative position on the reef top continued to be surveyed and the information compiled onto the overall plan of the wreck site. 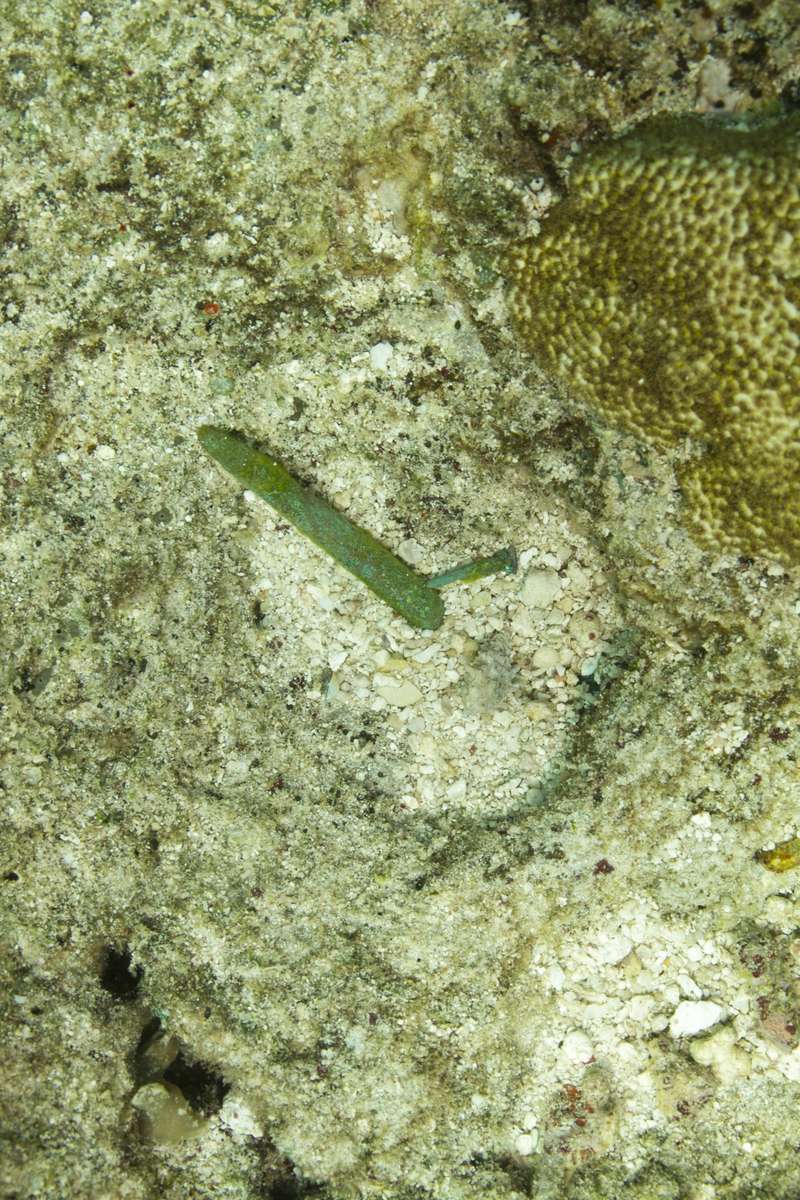 Scattering of copper-alloy ship’s fastenings at Ashmore Reef. The size of fastenings greatly assists the archaeologists in estimating the size of the ship. Photo courtesy Xanthe Rivett, Silentworld Foundation. 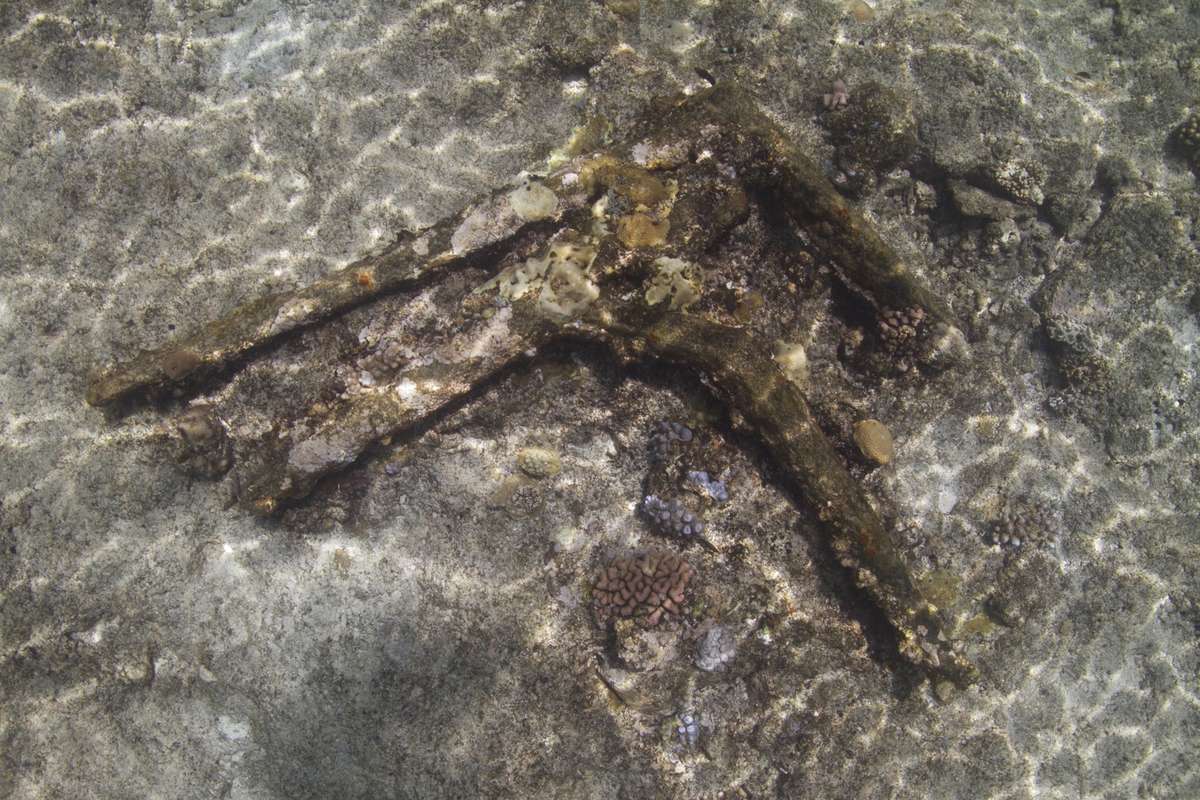 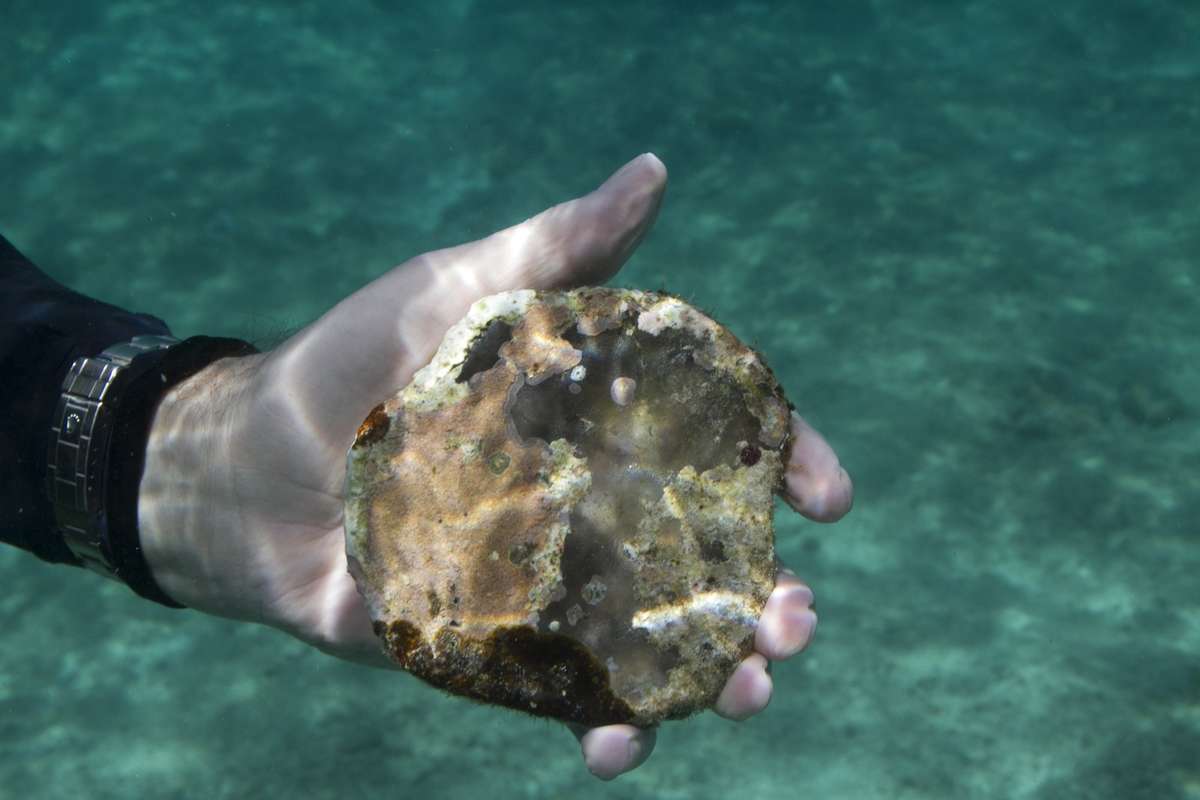 As the divers became more familiar with the site and their eyes attuned to the sea bottom they began to pick out and identify a number of smaller artefacts mixed in amongst the broken shell, coral fragments and sand grains. These included 40mm long copper sheathing tacks, coral encrusted rolls of lead, basalt ballast rocks, smooth river worn sandstone and shingle ballast, fragments of dark green bottle glass, a round deck prism (a glass prism that is laid flush into the deck of a ship allowing the prism to refract and disperse light into a compartment below the deck), numerous pieces of copper sheathings and several larger copper fastenings. 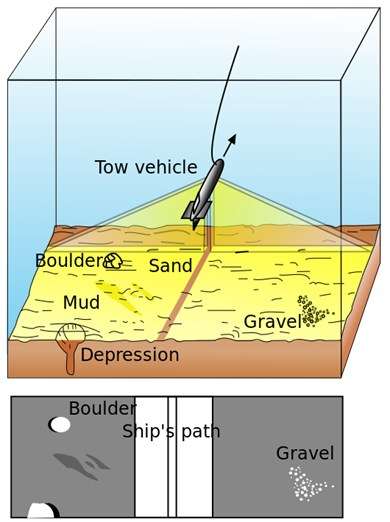 Purpose built by the Silentworld Foundation, Maggie II is well-equipped. It has several magnetometers — instruments that calculate and record changes in the earth’s magnetic field caused by the presence of iron artefacts such as anchors, cannon, iron knees, anchor chain and so forth.

It also has scanning and side scanning sonar, which send out bursts of conical or fan shaped sound pulses down to the sea floor, which are then bounced back to the survey vessel after striking a submerged object such as ballast stones. These returned signals paint an acoustic picture of the seabed and can be interpreted on plotting screens.

Importantly, Maggie II has a differential global position system — an enhanced Global Positioning System that uses not only the normal navigational satellites used in conventional GPS, but also a series ground-based reference stations which broadcast similar signals from known fixed positions. The combination of the multiple sets of signals allows locational accuracy to be improved from the nominal 10 to 15 metre to about 100 mm.

With an eye on the sea state and another on the instruments, John and Frits magged and scanned the reef top and then the areas of sea bed to the north looking for any additional wreckage which may have drifted off into deeper water as the ship broke up on the reef.

By late afternoon the increasing wind, now gusting to 30 knots, had increased the size of the swell on the wreck site. Diving had become difficult and survey work impossible as the wind pushed rollers over the site, picking up and tangling tapes and pulling out datum and survey points.

Conditions back on board The Boss were not much better as it rolled heavily in the swell. After getting all the divers and tenders back on board we decided to cancel diving for the rest of the day and relocate the vessel to a safer and more secure anchorage.

Find out more in part six of the Ashmore Reef Expedition series.