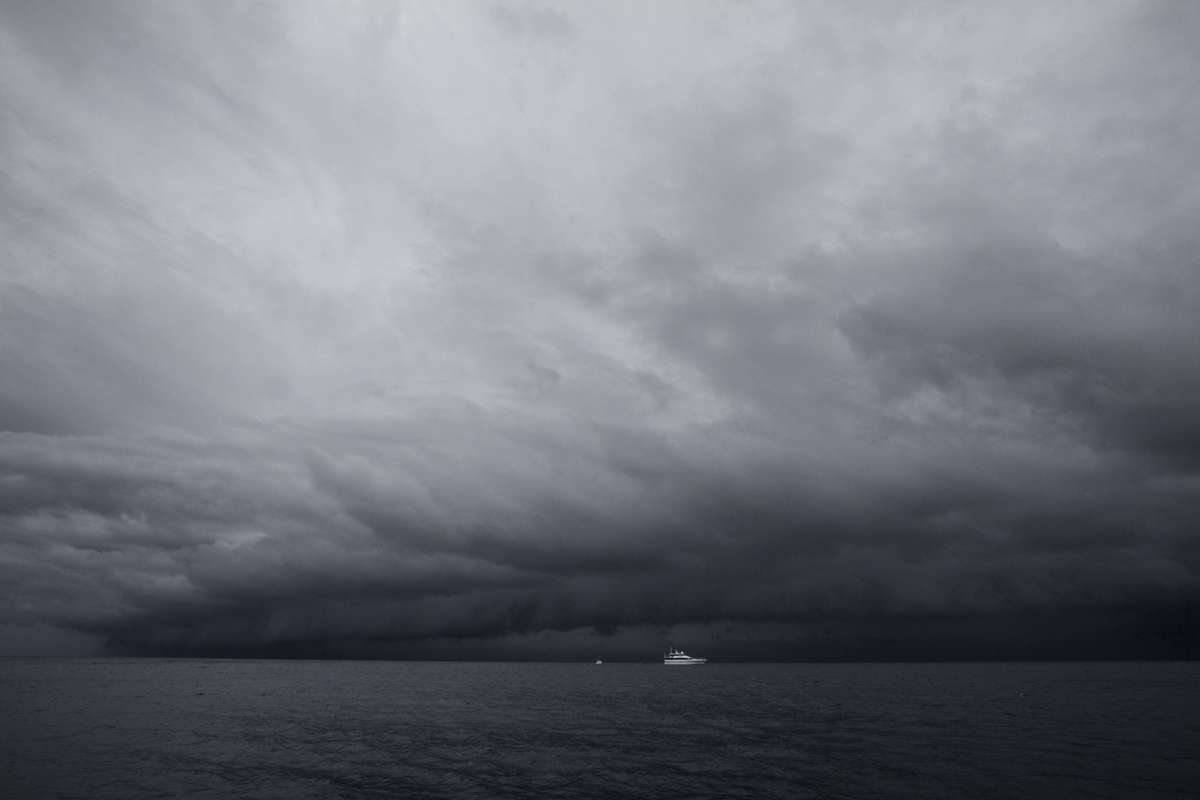 Looks like we have a change in the weather. Photo courtesy Xanthe Rivett, Silentworld Foundation.

Although the Bureau of Meteorology had indicated that we were in for a long spell of great diving conditions — with blue skies and calm seas — the team woke up this morning to grey overcast skies and a stiff breeze from the north-west resulting in a considerable surf building up on the northern edge of the reef. After assessing the situation and finding conditions onsite a little bumpy but workable, the first groups of divers re-commenced work.

The two major tasks for today consisted of completing the assessment of the various artefact clusters found on the site and the commencement of an overall site plan which would hopefully allow us to build up a more thorough picture of the wreck. Importantly, it would also allow us to identify it from our list of vessels known to have been wrecked in the vicinity of Ashmore Reef. 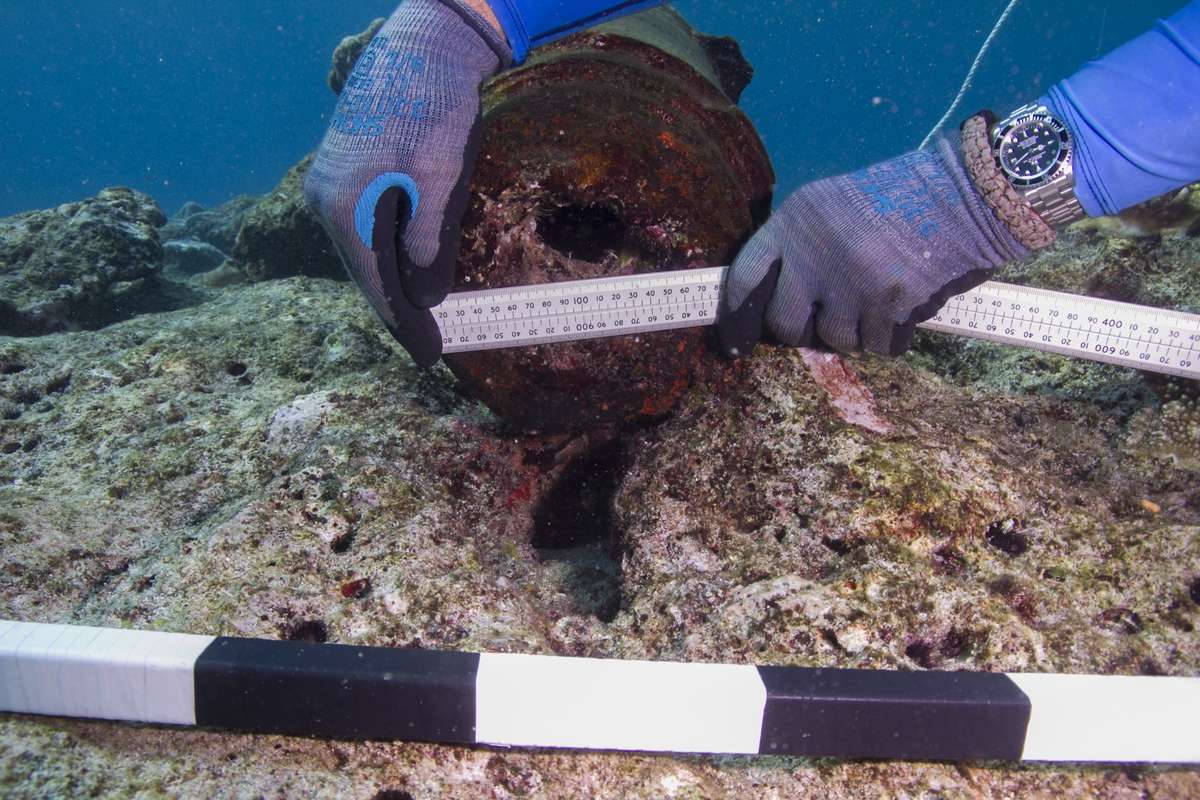 Yesterday, divers identified the two cannons found on the site as being a type of cannon known as a carronade. Named after the Carron Iron Company the ‘carronade’ was a short, stubby cannon developed in the mid-1770s that quickly gained a reputation for reliability, ease of loading and, at short range, incredible muzzle velocity earning them the nickname of ‘smashers’.

After a more detailed examination the carronades on the Ashmore Reef wreck were recorded as having a reinforced loop under the second reinforce (joint), rather than having typical ‘trunnions’ — cylindrical protrusions which act as pivots — mounted on the side. The loop allowed the carronades to be mounted on a slide rather than on a gun carriage and made the weapon more portable and easier to use. 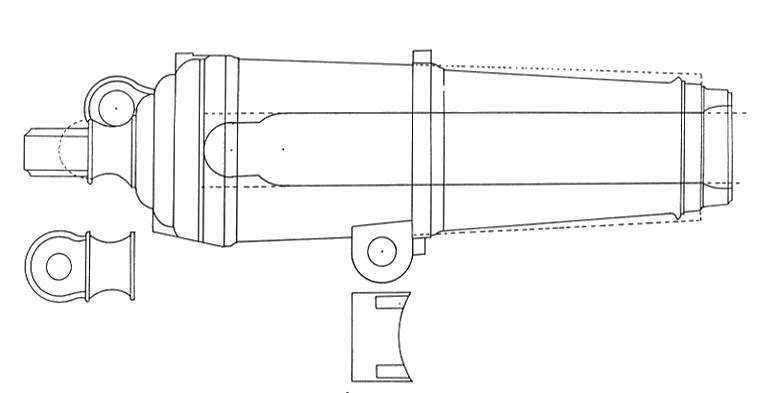 The carronades on the site also had very pronounced foresites and back gunsites for improved accuracy along with iron loops cast into the upper most portion of the back or ‘breech’ of the cannon. This is known as a ‘Bloomfield Pattern’ breech, which was first used in the early 1820s.

With the major features recorded in detail, the rest of the day was spent setting up a series of baselines running out at set compass points along the seabed from the two sets of anchors. These baselines were then used by the divers to run a series of transits out from the baselines recording site features as they went.

Using this method the dive teams reported back that they had located several iron and lead hawse pipes (cylindrical tubes mounted in the bulkwarks of the ship through which the anchor cable runs out from chain locker to the anchors), lead scuppers (a lead tube mounted at deck level that drains the deck of any seawater that comes on board), an iron winch axel and numerous short lengths of stud-link anchor chain. 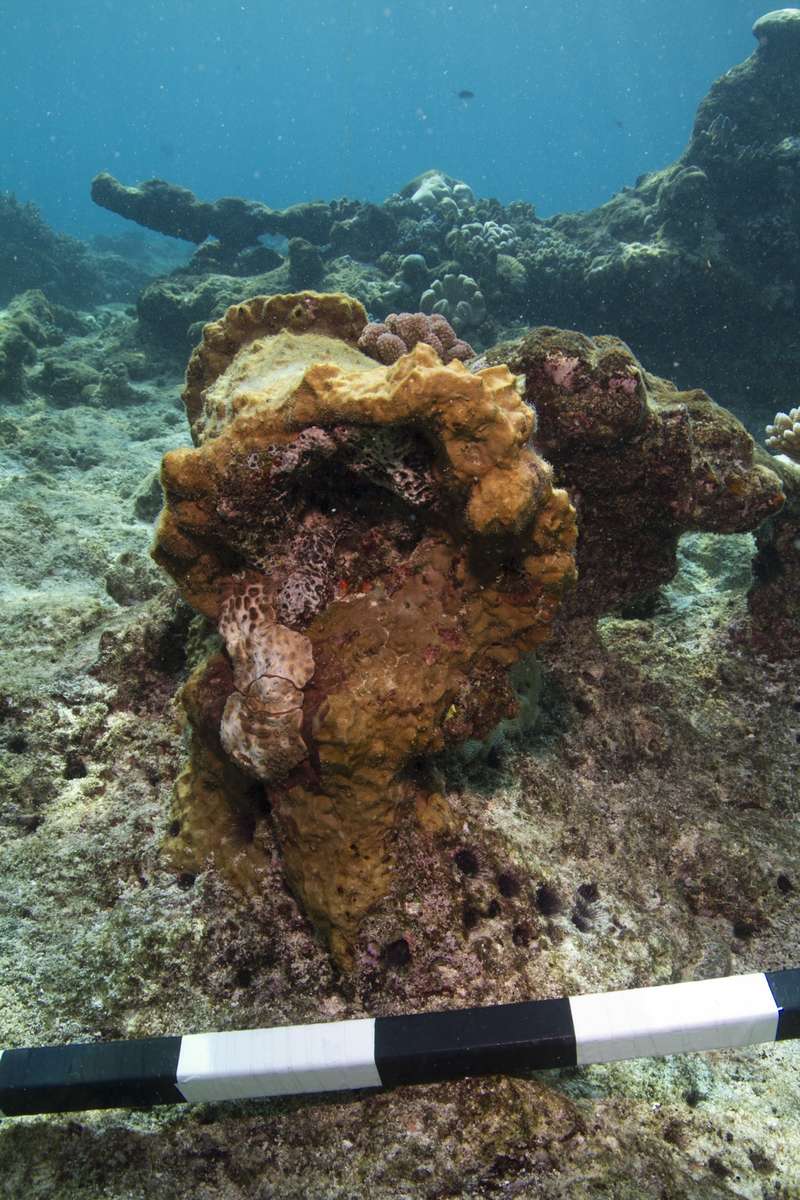 A lead hawse pipe complete with iron anchor cable (chain) – hawse pipes can be useful indicators of the size of a ship. With this hawse pipe indicating a vessel in the region of 300 – 400 tons. Photo courtesy Xanthe Rivett, Silentworld Foundation.

An examination of the hawse pipes and their relative position to the anchors seems to indicate that both pipes had been torn out from the bulkwarks of the ship during the wrecking process. The isolated sections of stud-link anchor chain — once plotted onto the overall site plan — revealed that anchor cables had been run out from the two larger anchors and across the reef top for 50 metres or so before ending in a jumble of iron knees and crutches.

This concentration of structural material, along with numerous copper-alloy fastenings, sheathing tacks and sheathing fragments, seems to indicate that the crew attempted to run out the anchors during the wrecking event — possible in an attempt to stabilise the vessel or prevent it drifting off the reef and sinking in the deeper water only twenty of so metres away from where the ship finally broke up.

Find out more in part five of the Ashmore Reef Expedition series.