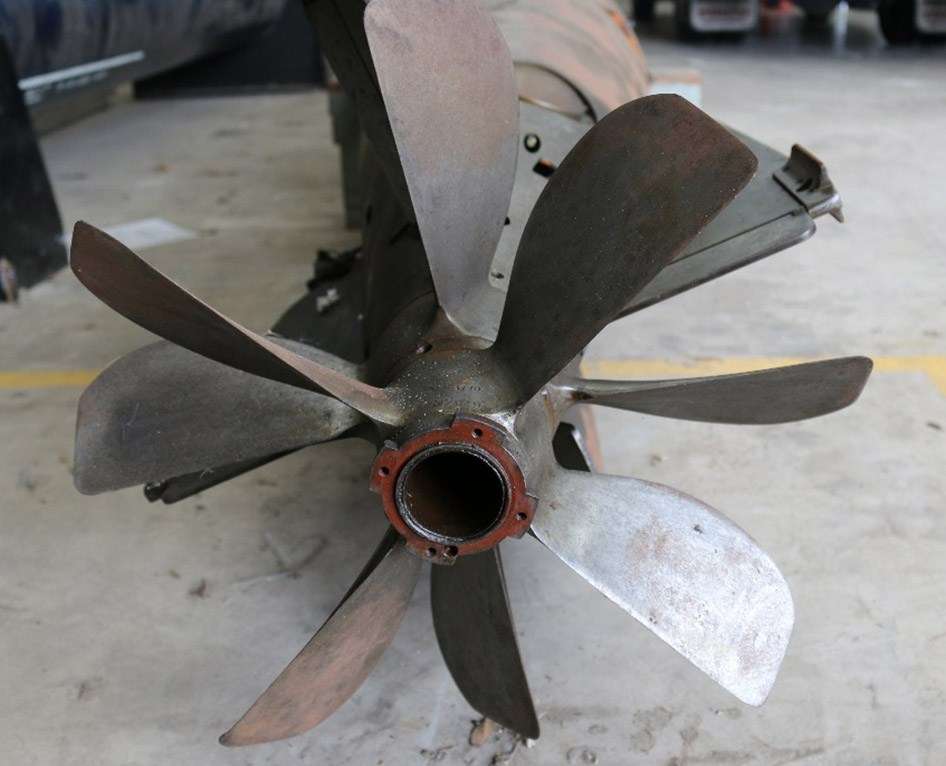 Working as a registrar at the museum often requires one to think outside the box, and today was no different. Today’s task was to organise the return of a 1200 kg dummy torpedo class 21″ MK9 to the Naval Heritage Collection – simple, right? The only problem was that the NHC storage facility is located on Spectacle Island…and it’s an island. Solution? Call in the Navy.

The torpedo was lent to the museum in 1991 and, due to space shortages at the museum, it has been located at our offsite storage facility. Last year it was decided the time had come to organise its return.

The torpedo’s return journey to the museum started a few weeks ago. A forklift was used to load and unload the torpedo at our onsite storage area where it was loaded onto dollies and strapped down, preventing it from rolling. With an estimated weight of 1200 kg it would have been near impossible to lift it again if it had rolled off. 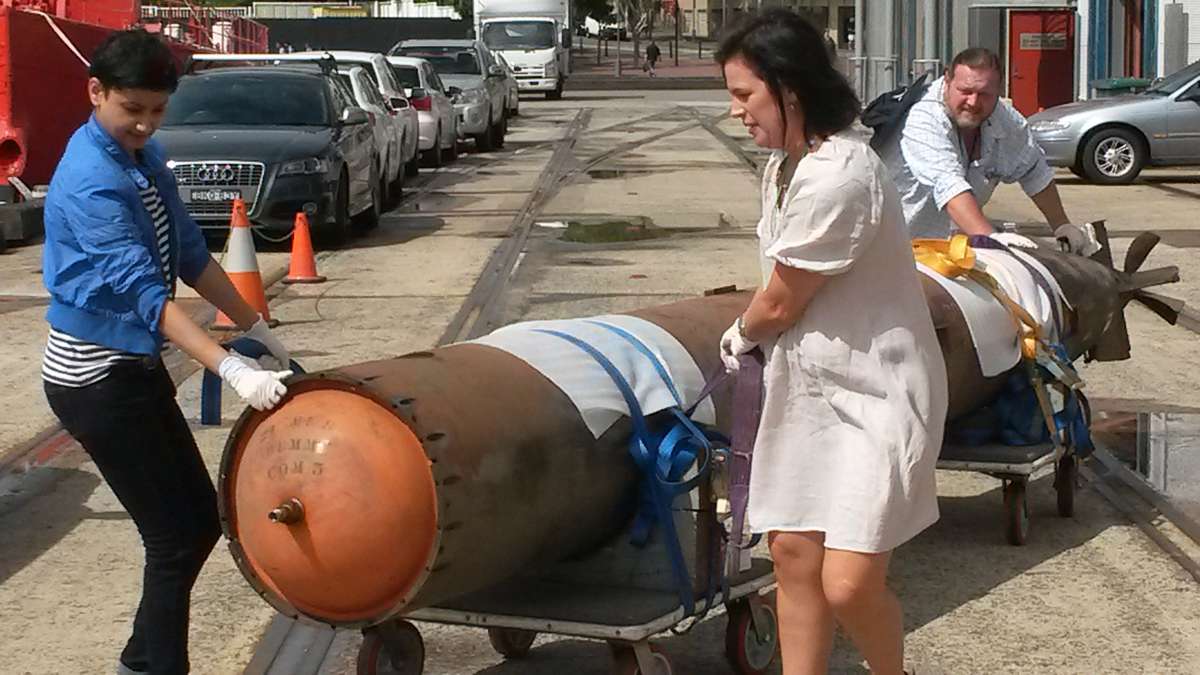 The museum’s registration team in action, moving the torpedo.

With the help of the Navy crew, the torpedo was secured and ready for lifting.In the blink of an eye the crane lifted the torpedo into the air and onto the lighter boat. 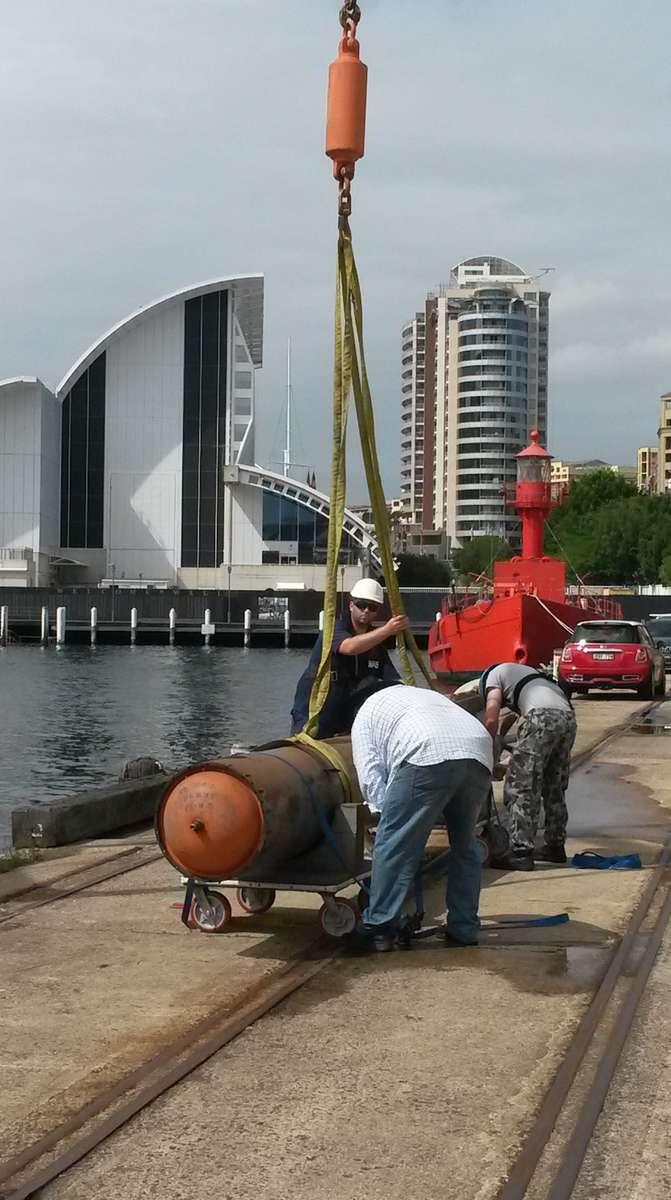 Securing the sling at the museum’s Wharf 7 building. 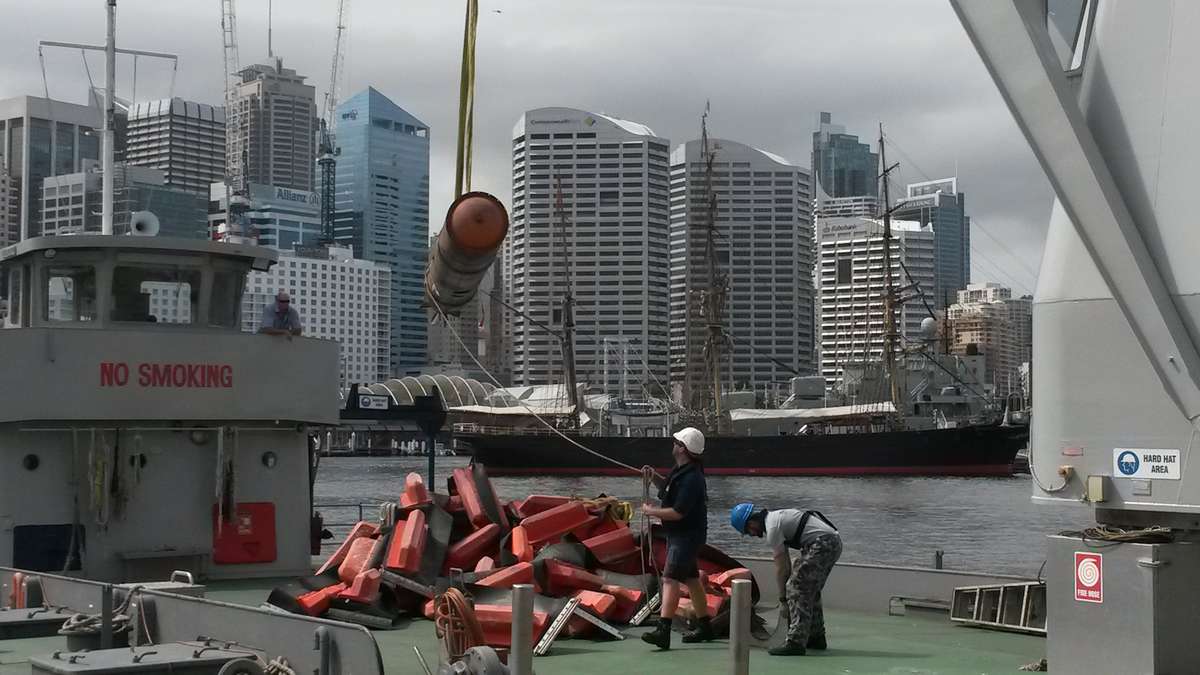 The torpedo is moved onto the lighter boat. 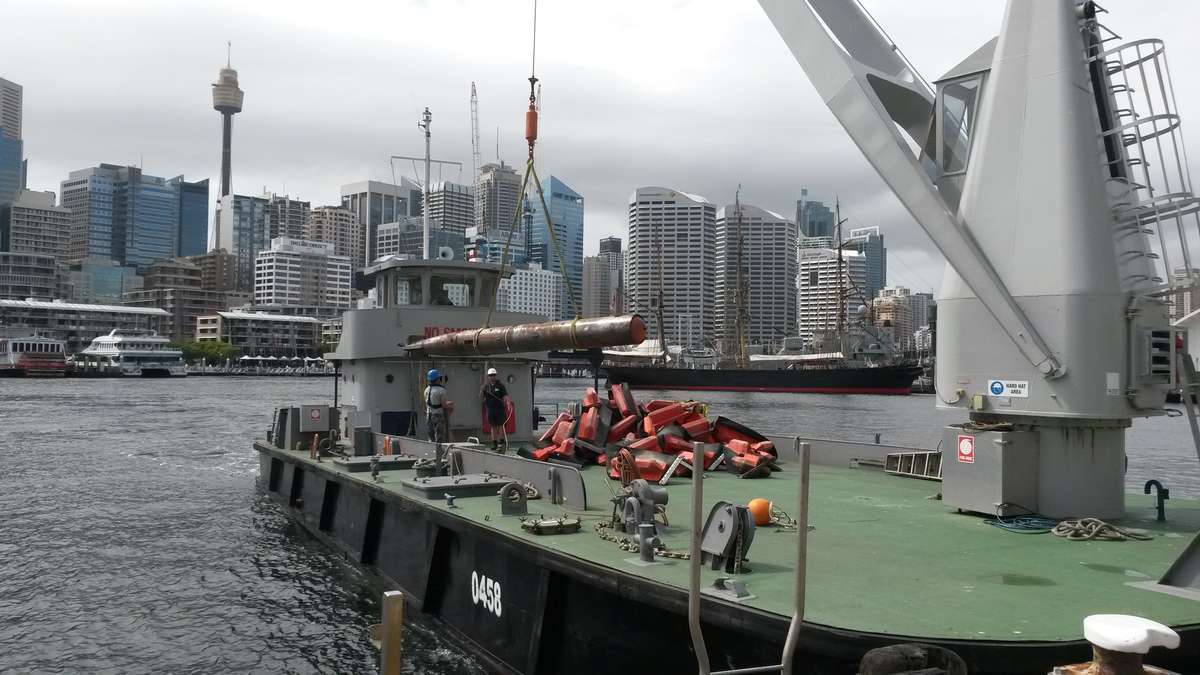 The torpedo is safely transferred onto the lighter boat.

With the torpedo safely on board, and documentation relating to its current condition and return tied tightly around its centre, the lighter boat departed and the registrars awaited confirmation of a successful delivery back to Spectacle Island.

This is just one day in the life of a registrar.

View all posts by Rhondda Orchard→
Posted in: From the collection , Navy and defence