The first task today was to buoy the major features of the site including the two anchor clusters, the iron carronades and the various grouping of iron knees and riders and then plot the positions of these features onto a site plan with the help of a GPS.
Once that task was completed additional teams of divers — led by archaeologists Paul Hundley (Silentworld Foundation) and Peter Illich (Great Barrier Reef Marine Park Authority) — entered the water to assess, measure and then record the features. At the same time the photographic team — led by Xanthe Rivett (Silentworld Foundation) and assisted by Grant Luckman (Department of the Environment) recorded the artefact assessment and survey work and supplemented the survey teams records by taking photographic close ups of various distinctive features, such as the anchor chain, anchor rings, carronade muzzles, touch holes and slides. 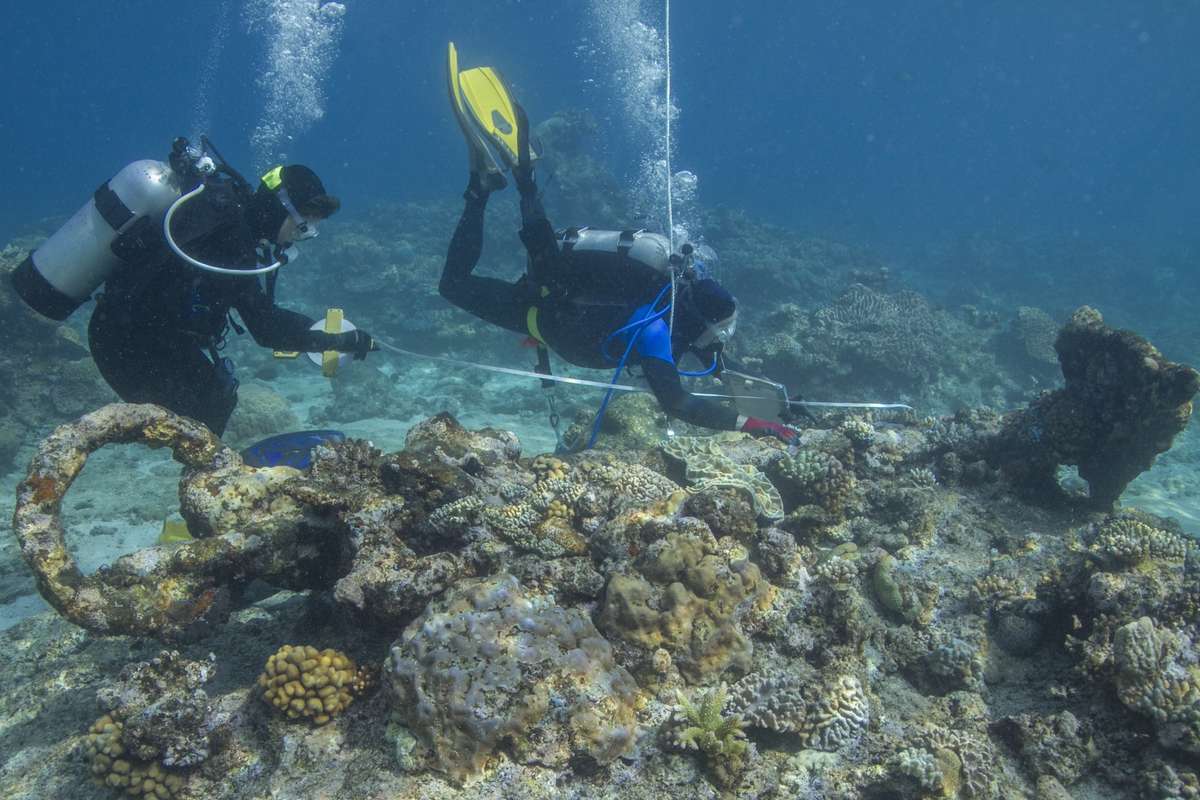 As the divers completed their work and returned to the main expedition vessel their survey results were plotted onto an overall site plan, and additional information was requested and tasks assigned before — depending on site conditions and time spent underwater — they returned to the site to continue with their work.

As the day progressed the team slowly built up a picture of the mystery wreck. The divers confirmed that it represented the remains of a wooden sailing ship as no signs or indications of a steam engine, engine beds, or boiler/pressure vessels were found on the site.

In addition, the divers had located a number of chain plates — an artefact which consists of a series of flat iron plates, sections of iron chain and iron bar — which secured the lower portion of a sailing ship’s ‘standing rigging’ to the sides of a wooden ship. The size and number of these chain plates also seemed to indicate that they are from a larger type of sailing vessel with at least two, if not three, masts. 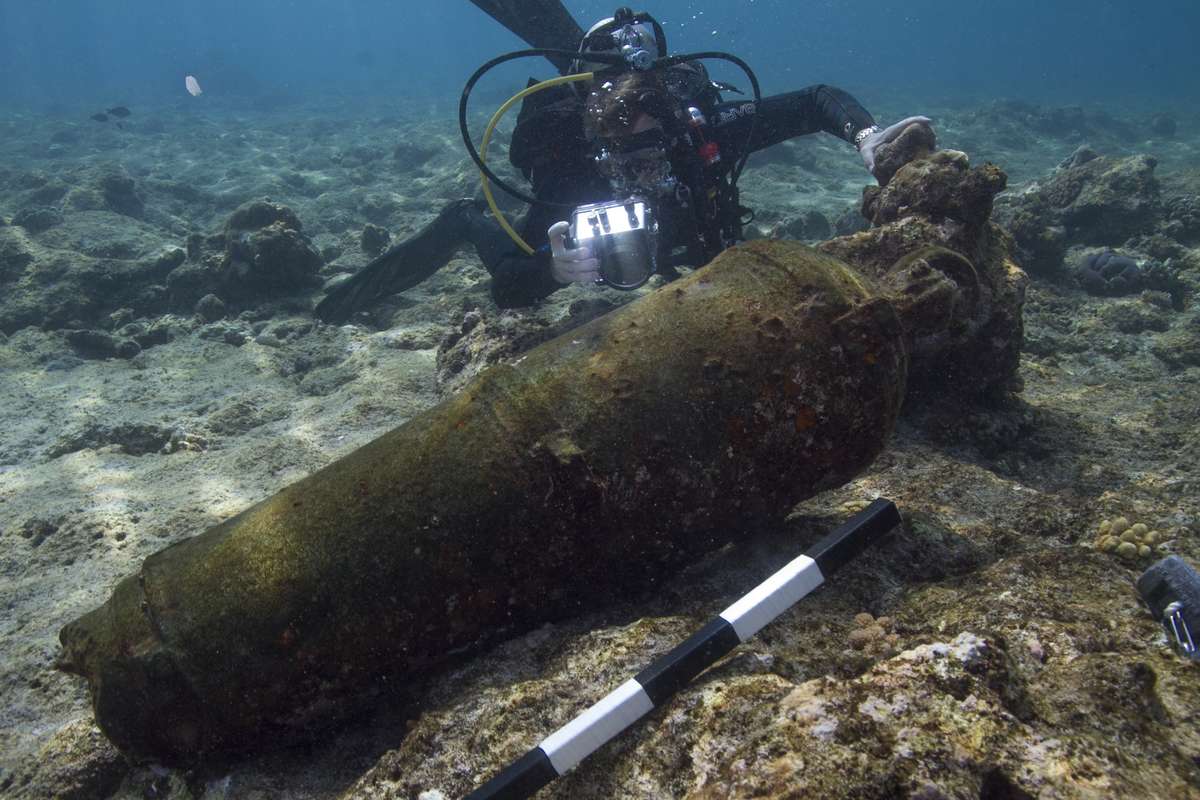 The teams working on the anchors also reported that the larger anchors were of a type known as a Pering-Patent anchor. Designed by Richard Pering in July 1813, the shanks and flukes of Pering’s anchor are noticeably smaller than those of the Old Admiralty longshank anchor. Being more compact, lighter and stronger than the longshank anchor, Pering’s anchor was taken up by the Royal Navy in 1815 and eventually became the preferred anchor for merchant vessels. In 1835, after considerable research, development and testing, Pering’s Patent anchor was replaced by what became known as Pering’s Improved Anchor (Curryer, 1999:73-78).
Originally designed to be used with manila or hemp cable, the Pering-Patent anchors on the Ashmore Reef site had been subsequently modified by the crew of the ship to accept iron stud-link anchor cable which had started to become commonly found on-board ship by the mid-1820s. 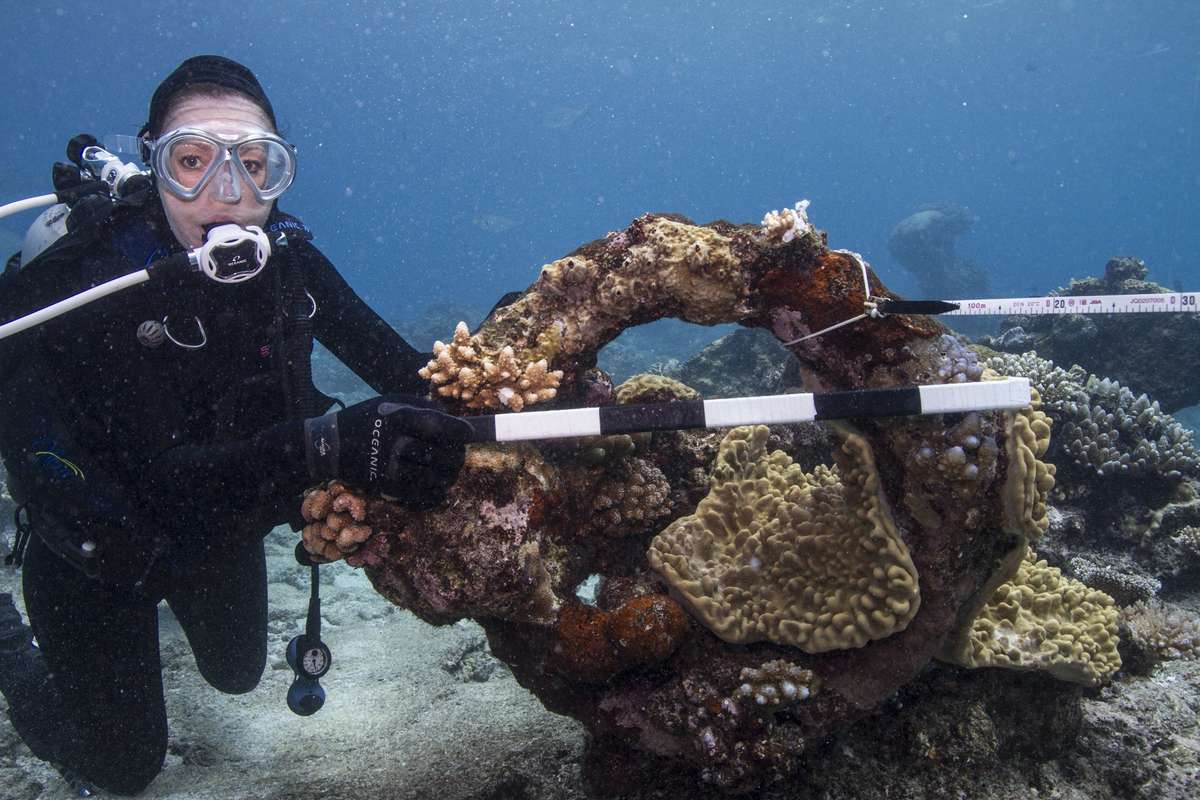 The method the crew used to secure the iron cable to the anchor was by passing a run of iron cable through the iron ring, then running the cable around the stock of the anchor two or three times before passing it back through the anchor ring and securing it to the iron cable with a shackle – in a similar manner to a fisher tying a ‘sheet bend’ to a hook. While quite novel, this method of securing the anchor to the cable must have been a result of an immediate necessity; perhaps the captain or owner of the vessel was unable to purchase a suitable size shackle before departing port, or the vessel had been recently fitted with iron cables, as this method was not only far less secure but also resulted in weakening the cable.

Find out more in part four of the Ashmore Reef Expedition series.