The first week of September sees the Blu-ray release of The Monuments Men. Imbued with an all-star cast, including George Clooney, Cate Blanchett & Matt Damon, this isn’t just another wartime drama, but the true story of the greatest art heist in history.

It is not often that a conservator appears in a movie – we are one of those professions that tend to operate under the radar, hidden away in the back of museums. But when we do hit the limelight we like to do it in style, so it is great to see a conservator taking a lead role in The Monuments Men, played by none other than George Clooney.

George plays the central character of George Stout (called Frank Stokes in the film) who was a key player in the Monuments Men, or to give them their full title, the Monuments, Fine Art and Archives (MFA&A) section. Set up by the Allied Forces in World War II, they were entrusted with the mission of locating and protecting works taken by the Nazi Regime. The film is based on the book of the same name by Robert Esdel, and tells their remarkable story, based around a simple job description: to save as much of the culture of Europe as they could during combat. 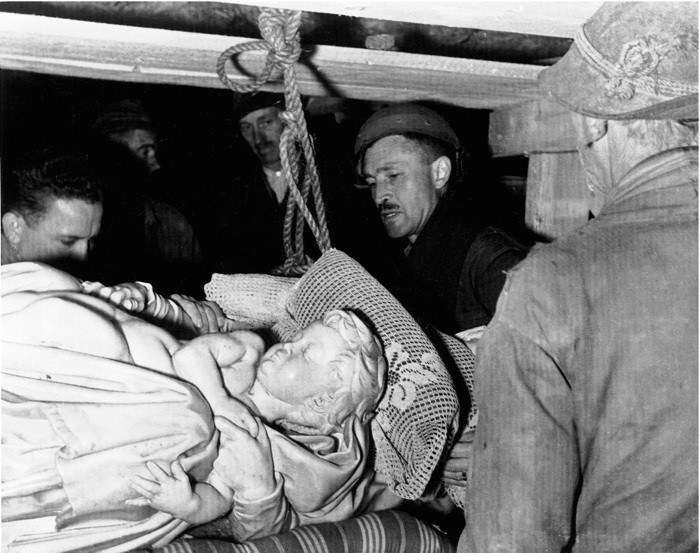 Stout packing Michelangelo’s Madonna of Bruges in the mines at Altaussee, Austria, July 1945

There are many angles that could be followed off the back of the story, from Hitler’s grand plans for the museum to outdo all other museums, the FuhrerMuseum in his birthplace, Linz, Austria to the recent discovery of 1378 looted works of art in the Munich home of Cornelius Gurlitt.

However, warming to our theme, let us return to George Stout and the conservation component of the Monuments Men story. Stout studied art history at Harvard and was then drawn to the Fogg Museum (part of Harvard) for its unique approach of applying science to the study and preservation of art, at a time when art restoration was the preserve of art historians or artists. In 1928, the Fogg director, Edward W. Forbes established the Fogg’s Department for Technical Studies and named Stout as the museum’s first conservator. In 1932 they launched ‘Technical Studies in the Field of the Fine Arts’, the first journal dedicated to conservation related research. Partnering with the chemist John Gettens, Stout then went on to produce ‘Paintings Materials, A Short Encyclopaedia’, which remains today a standard reference for conservators.

As the attack on Pearl Harbour in 1941 increased fears that the war would reach America, Stout began work on a ‘cultural first aid’ manual for the armed forces called ‘Notes on Safeguarding and Conserving Cultural Material in the Field’. So he was an obvious choice to be one of the first to join the Monuments Men when it was formed in 1942. After the war he continued to have a distinguished career, becoming director of the Worcester Art Museum and the Isabella Stewart Gardener Museum in Boston. More importantly, as a result of his Monuments Men experience and his appreciation of how international conservation professionals can work so well together, he was the driving force and one of the founding members of the International Institute for the Conservation of Historic and Artistic Works (IIC) of which I am privileged to be currently Vice President.

Enjoy the film, but do also read the book as it tells an astonishing story about some truly passionate men who in the end saved some 2.5 million items including 468,000 works of art.

The Monuments Men is available on Digital HD and on Blu-ray & DVD from September 3. Maritime Museum members can join us for an exclusive screening of the movie on Friday 5 September. Book online. 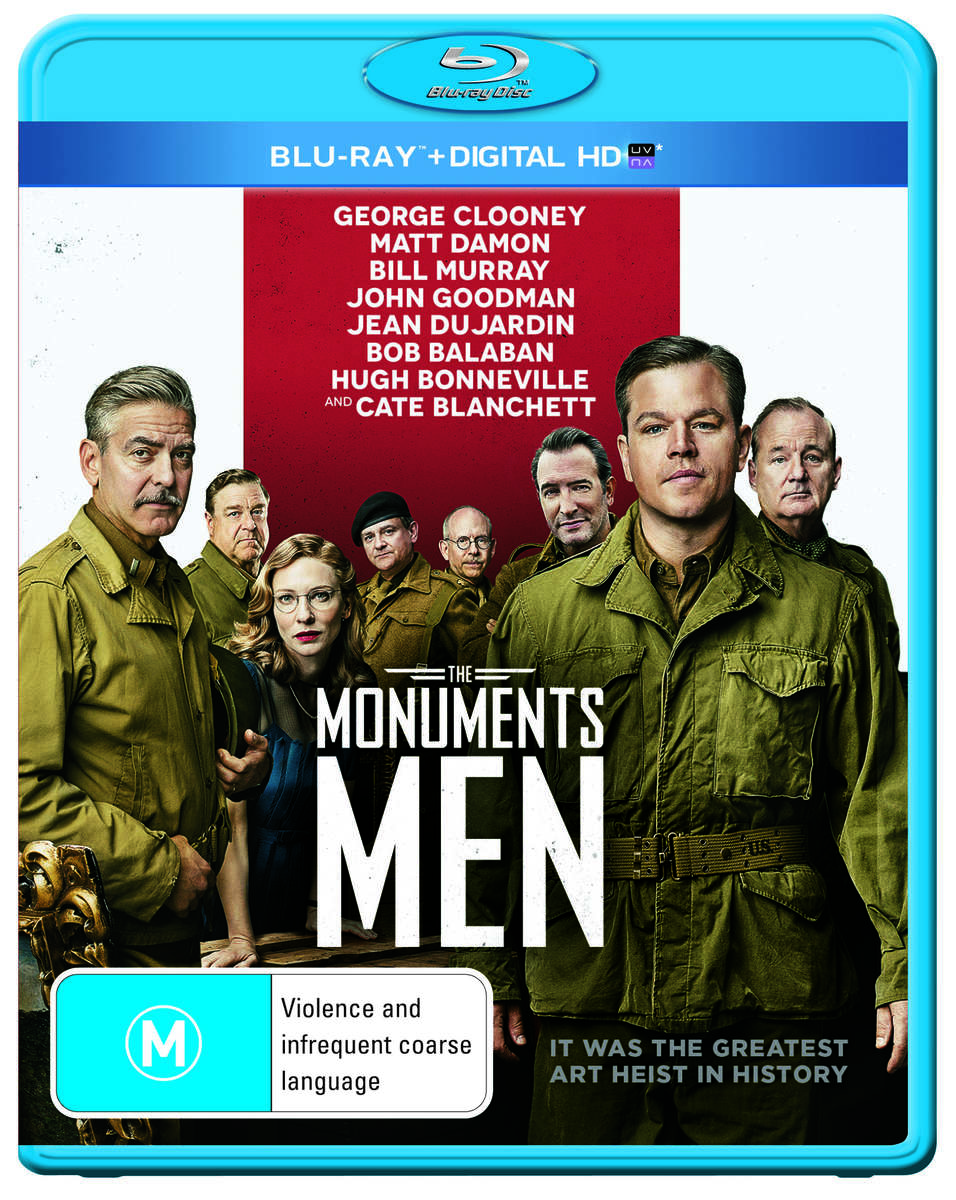 The Monuments Men on Blu-ay, September 2014

View all posts by ANMM Guest→
Posted in: Events
↑