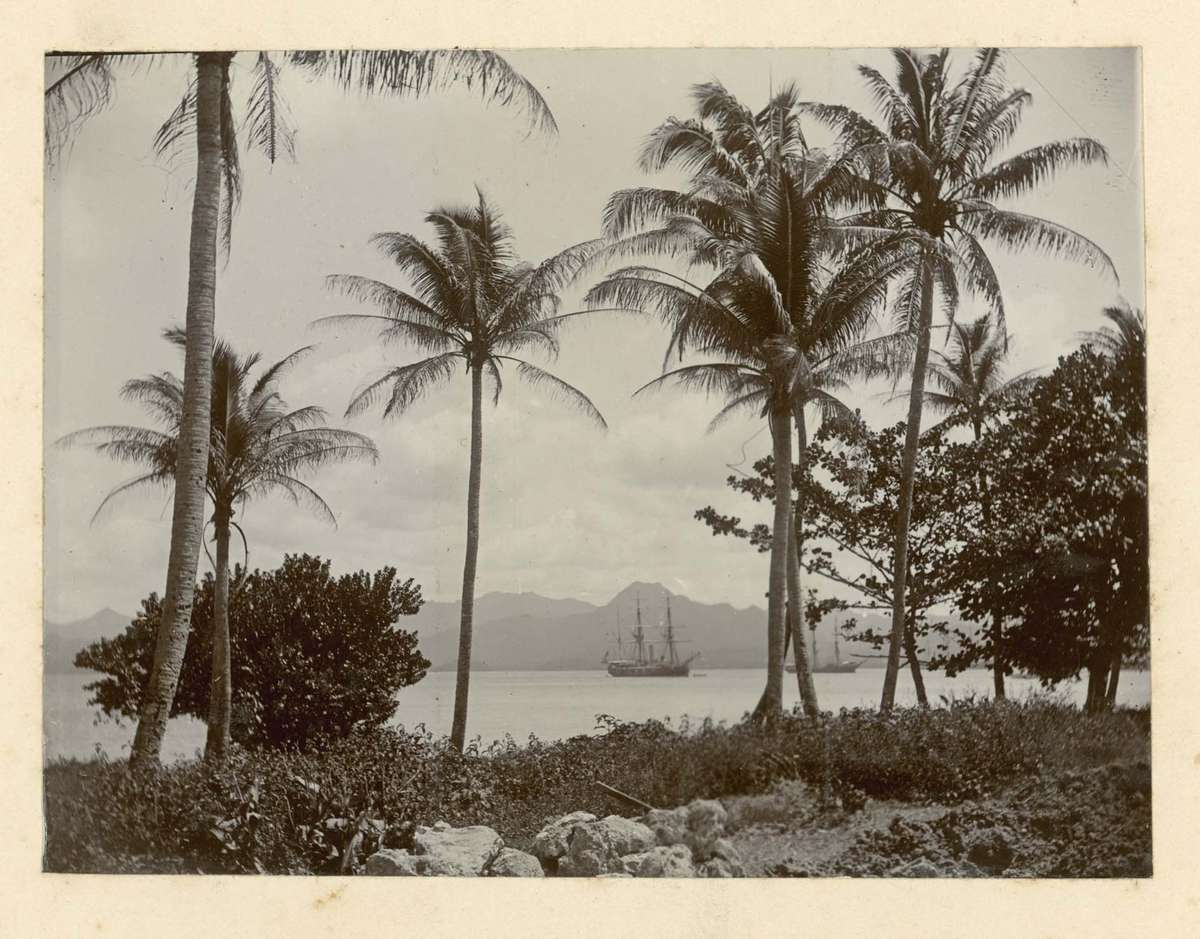 Jennifer McLaren is a Masters of Research student at Macquarie University who has been working as a museum volunteer assisting with research for the upcoming Test of War – Royal Australian Navy in WWI exhibition. Here she recounts a search to find the people behind a set of early 20th century photograph albums in the museum’s library collection.

The upcoming Test of War exhibition will showcase some photographs from the personal collection of a British Royal Navy officer posted to the Australia Station in the years before World War I. When the Australian National Maritime Museum Vaughan Evans Library acquired the photograph albums from an antique bookseller, they came with no record as to who had owned them or taken the photographs – their origin was a mystery.

The albums chronicle carefree moments in the adventurous life of sailors in the far flung service of the British Empire. They highlight an idyllic sense of Empire in the growing twilight of colonial rule in the Asia-Pacific just before the global conflict of the Great War. The photographer captured exotic locations such as Fiji, Norfolk Island, New Hebrides, and Valdivostock, as well as portraits of the locals, pristine landscapes and scenes of sailors relaxing and socialising. He also had sojourns in outback Queensland, Fremantle, Sydney and even the Snowy Mountains. 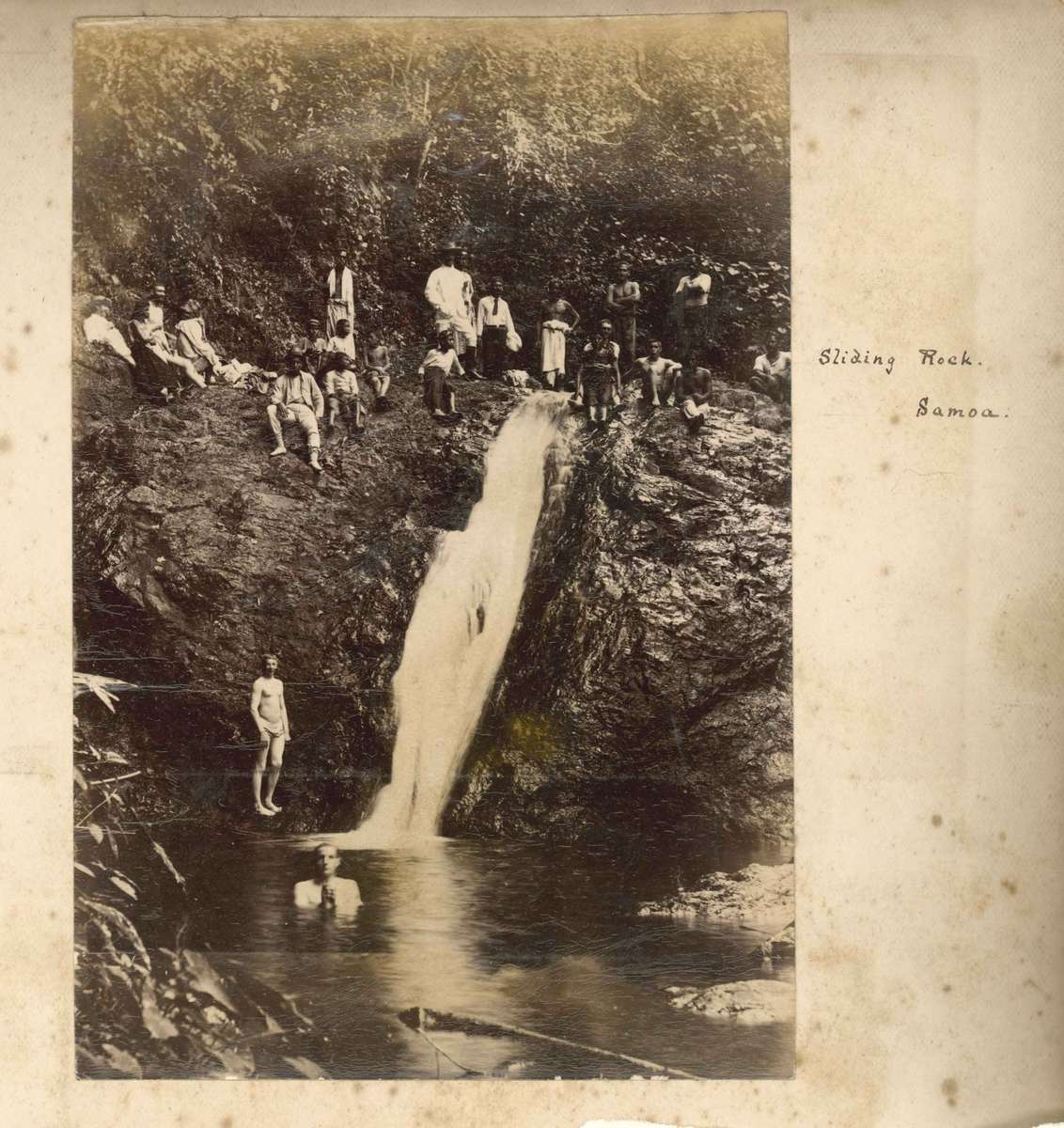 Extensive research of the British Navy Lists, the British National Archives, Trove and Ancestry.com has revealed that the albums almost certainly belonged to George Herbert Bromwich DSM, OBE. The key to his identity lay in a group of informal photographs taken on board the RMS Otranto, a passenger transport ship which operated between Britain and Australia in the early twentieth century. The focus of this group of photographs is a baby boy, labelled in the albums ‘Frank’, photographed with various adults, one of whom’s surname is mentioned – which is unusual, as most of the women in the album are labelled with a single initial only! 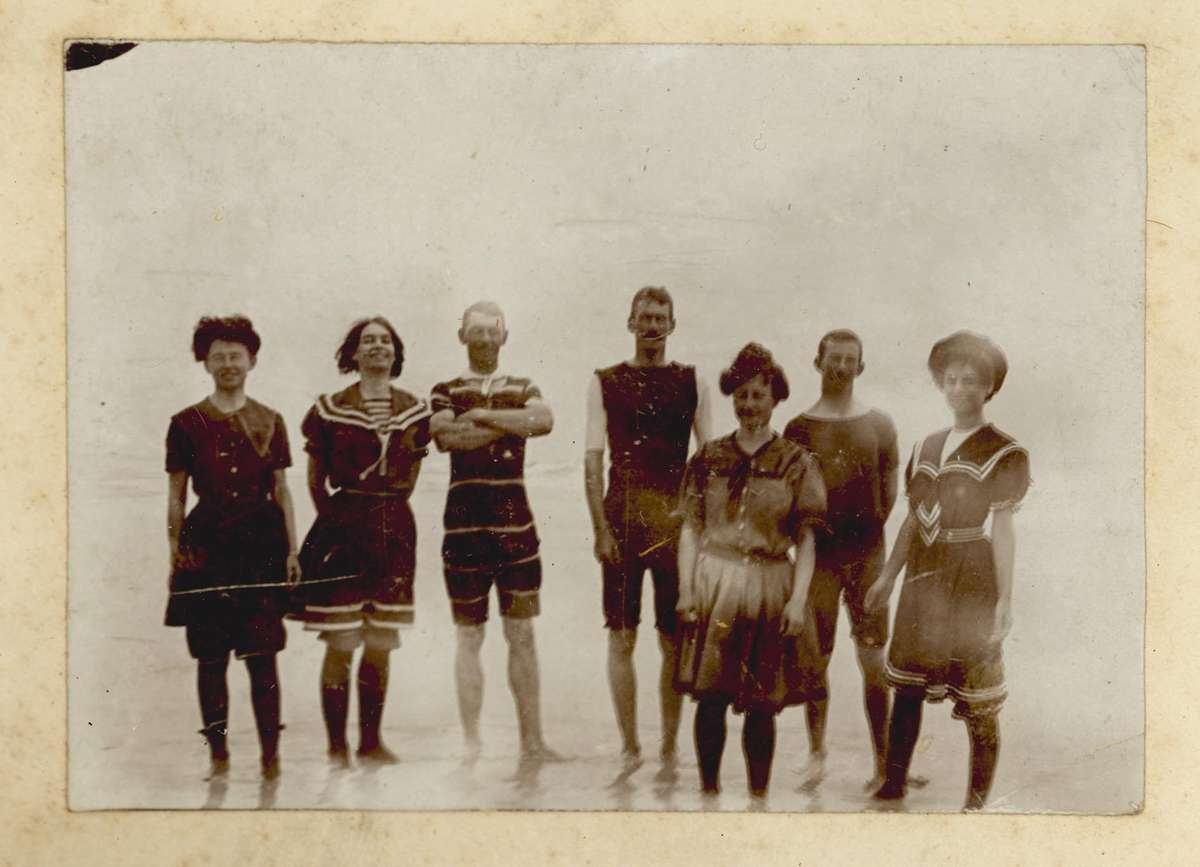 A search of the passenger lists, with the help of our Library staff, for the Otranto identified the 1912 voyage that this lady had taken, together with her aristocratic mother, Lady Verney, who appears elsewhere in the photograph albums. The only passenger on the same voyage with an obvious Royal Navy connection was ‘Engineer Commander Cockey’, travelling with his wife and infant son. 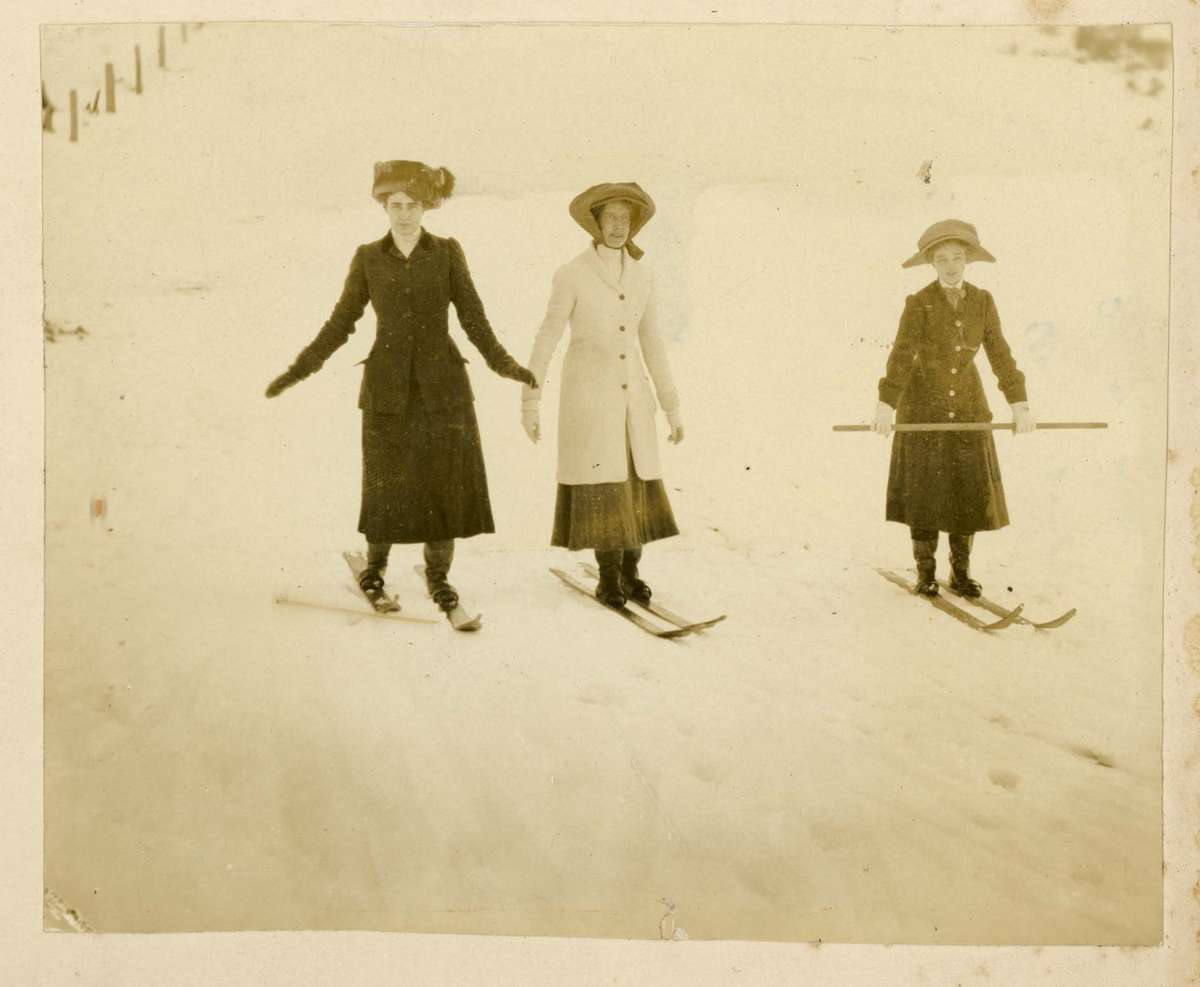 The Navy Lists and National Archives provided a history of Cockey’s naval career, which included many years on the Australia Station. Trove and Ancestry.com searches revealed his place of birth, marriage to an Australian woman, and his posting back in Australia after the Australian Squadron was disbanded in 1912. Piecing together the course of Cockey’s early career, he was awarded the Distinguished Service Medal for his service in China in 1901, which explains the photographs he took of various locations around Asia. According to UK Mechanical Engineer Records, Cockey served as Assistant Engineer on HMS Karrakatta on the Australia Station between 1894 and 1897 and again as Engineer Commander on HMS Cambrian between 1906 and 1908.

The search to confirm Cockey’s movements came to an abrupt end in 1912 – until I discovered that he had changed his name by deed poll from Cockey to Bromwich in that year. On his return to Australia in 1912, Bromwich had been transferred from the Royal Navy to Australia’s new Naval Command at Garden Island, where he remained as General Manager throughout World War I. He was awarded an Order of the British Empire for his services at Garden Island, and transferred back to the Royal Navy in the 1920s. He reached the rank of Engineer Rear-Admiral and ended his career as the Admiralty Overseer at Manchester and Liverpool. 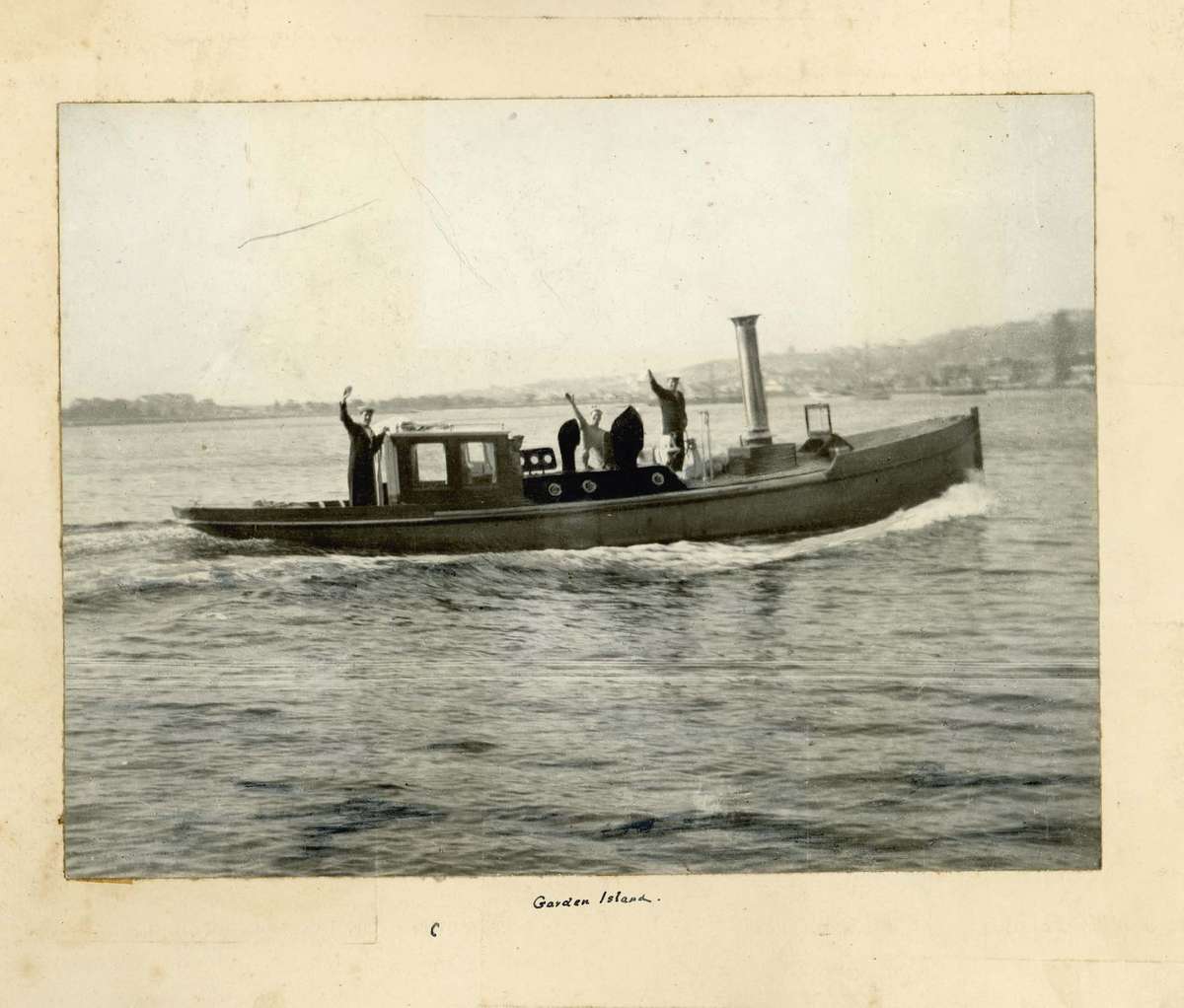 Perhaps the name ‘Bromwich’ was more suited to a British naval officer working in the colonies. The name Cockey would certainly have resonated with Australians as ‘conceited’ or ‘over-confident’ and may have inspired his name change.

2014 marks the centenary of World War I. This year the museum will display an exhibition about the history of the Royal Australian Navy in the war. While much has been made of the Army’s role during the war, the exhibition takes a close look at the vast and varied roles and conflicts the navy performed.
The exhibition, Test of War – Royal Australian Navy in WWI – will open at the museum in September 2014 and travel to various regional museums from 2015.

View all posts by ANMM Guest→
Posted in: Exhibitions
↑