Between the 12th and the 17th centuries the caravel was a ship of choice for long, dangerous voyages, at least among the Iberian nations – Portugal and Spain – that led the Age of Discovery. By the standards of the time, they were speedy, manoeuvrable, weatherly ships. But one particular caravel, Notorious, is the result of a purely local, Australian dreaming. Specifically, she is Graeme Wylie’s dream. Graeme and his wife Felicite designed and built her over a 10-year period in their backyard in Port Fairy, just to the east of Warrnambool, Victoria, using stockpiles of local timber. 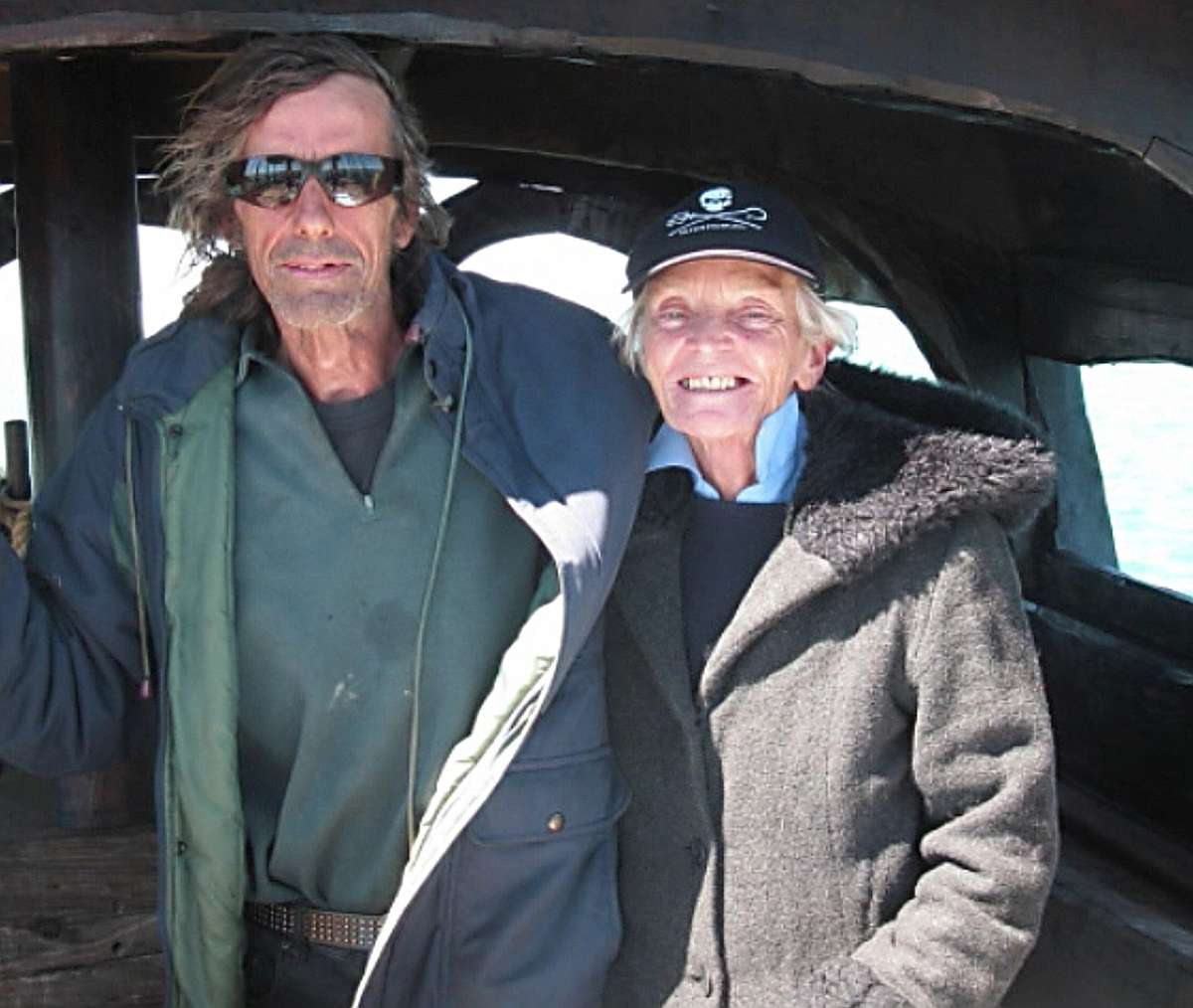 Graeme and his wife Felicite

In 2000, Graeme was a furniture maker in Port Fairy, a pleasant fishing village at the end of the Great Ocean Road on the long lee shore of western Victoria that’s called The Shipwreck Coast. He was fascinated by the local legend of The Mahogany Ship, which dates back to an 1847 article in the Portland newspaper about the uncovering of a wreck on the beach in Armstrong Bay, just west of Warrnambool, that was made of some exotic, dark timber. A ship hidden beneath the sands has been part of the area’s folklore ever since, along with the notion that it was made of mahogany.

As an experienced small-boat sailor and prospective caravel builder, Graeme Wylie was likewise astonished to discover how little we know about them. We have not a single surviving ship, not a wreck on the seabed, not a shipyard plan or document, not a notice from one shipwright to another with instructions on how to build one. On this, he stated:

‘Portuguese shipwrights would have learnt how to build a ship by watching their teachers. I had to learn from books.
Given the variation in design that we know occurred during this period, and the lack of standardised patterns, I think my design is probably as good a caravel as any,’.

The caravel, we presume, evolved from Iberian fishing boats. As Portuguese fishermen became more far-ranging, perhaps around the beginning of the 13th century, their boats became larger, to handle bigger catches and bigger seas. Over the next three centuries the nimble caravel grew in size to become the carrack and then the lumbering galleon, in which the spoils of empire could safely be returned to Europe. But ship building remained an art and a craft, not a science.

There were some revolutionary aspects to the caravel design.  The caravel’s framing of curved futtocks making up ribs was built up on the massive keel, before the planks were added. And, importantly, the planks were butted edge-to-edge in the style we call carvel (a term derived from ‘caravel’). This made the hulls stiffer.

They also replaced the steering oar with a rudder hung on pintles from a specially designed stern post. This idea seems to have come from the Chinese, by way of the Indian Ocean and the Mediterranean. Also coming, it seems, from the Arab traditions of the Indian Ocean was the characteristic lateen sail. These modifications made the caravel ideal as a ship of discovery, fast and weatherly. For at least a century – let’s say about 1350–1450 – it was the apogee of marine technology, a vital part of the Portuguese tool kit for their aggressive expansion. 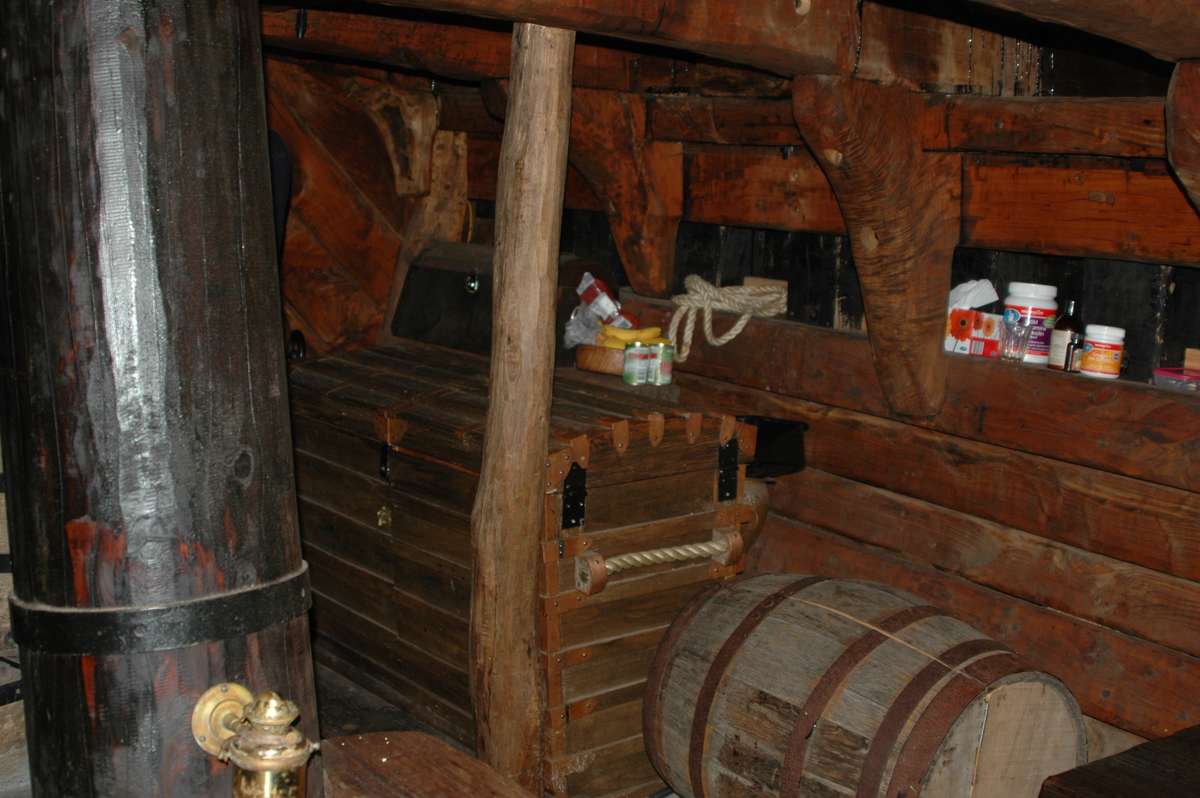 Graeme Wylie has called his caravel Notorious because, he told me, ‘The behaviour of the Portuguese mariners who sailed these ships made them notorious in both Africa and India.’

Graeme’s caravel displaces 58 tonnes, which seems to be about the size of a caravel in 1500, when Vasco da Gama used one, the Berrio, to accompany his carracks, the São Gabriel and the São Rafael, on his first voyage to India. Notorious is 18 metres length by 5.5 metres beam, giving a length-to-beam ratio of 3.27. Some evidence suggests that the earliest caravels were narrower. By the 17th century, they were much fatter, reaching 2.6 to 1. Notorious could have about the right length and proportions for a ship of Vasco da Gama’s era.

Her hull timbers are Monterey cypress (Cupressus macrocarpa). Her keel and rudder are iron wood (Eucalyptus sideroxylon), salvaged from the old pier at Warrnambool. Graeme says macrocarpa had a number of advantages. It is strong, easily worked and extremely resistant to salt water. It was also free. ‘In 2000, all the farmers around Warrnambool were busy knocking over their macrocarpa. I just had to cart it away,’ he says. Eventually, he acquired about 300 tonnes of timber, and stored it on his property.

Logs scavenged from a field are one thing; cutting them up into usable planking is another. Graeme attached a saw blade to a motor scavenged from a Datsun 200B motor car. He cut lengths of timber 100 mm thick for the deck and hull planking, as well as the futtocks that became the ship’s ribs. The planking is fixed into position using wooden pegs called trunnels, or tree nails, as the Portuguese would have done. A few iron bolts are in use, notably to secure major frame members including the keel.

After his 10 years of dedicated labour, in February 2011, Graeme lifted Notorious onto a low loader and took her down to Port Fairy where she was to be launched. Here he bolted the after castle onto the hull, stepped the masts and undertook sea trials off Port Fairy in December of that year, and sailed on his maiden voyage in January 2012.