Since coming across this striking portrait a year ago, the anonymity of its subject has given me plenty of room to reflect on its beauty. The dark and lovely creature peering intensely at the photographer in this image from our historic William Hall collection seemed entirely suited to the shroud of mystery surrounding her identity. 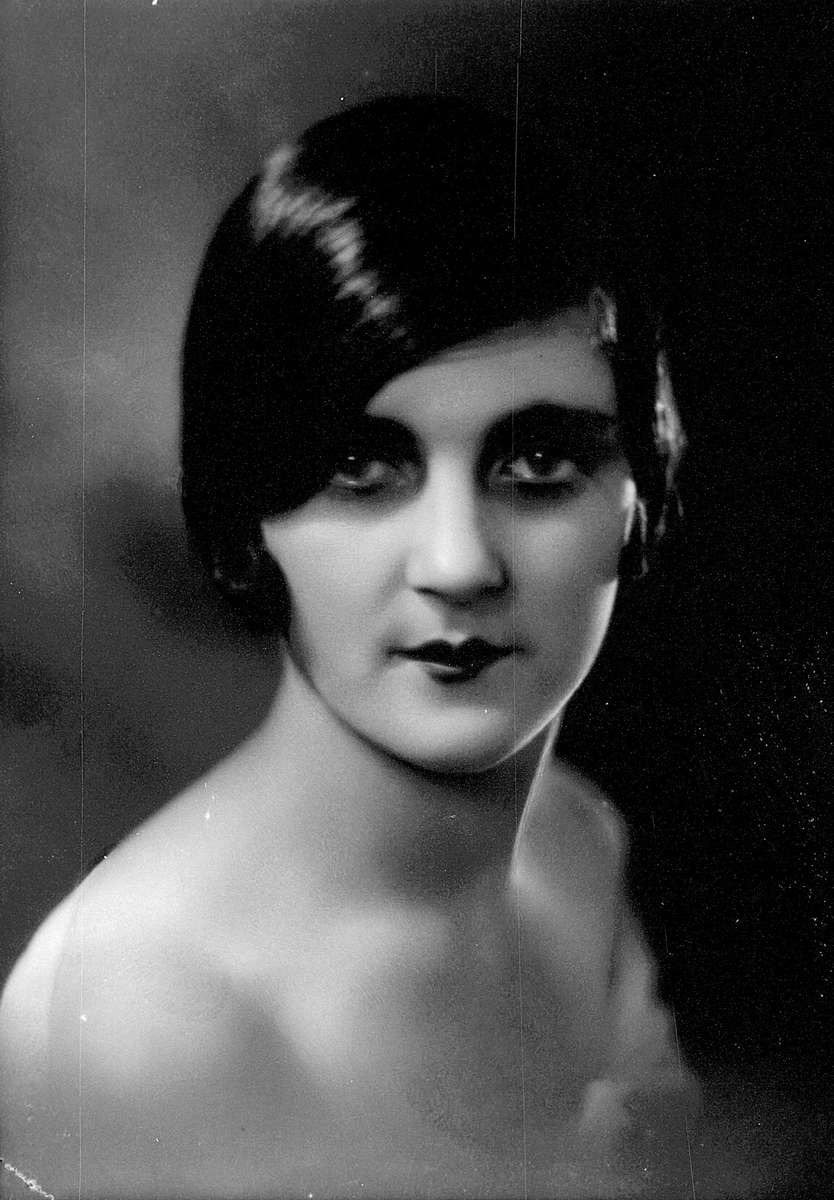 For a year I contented myself with appreciating the object’s beauty without knowing the story behind it.

Curiosity got the better of me and a recent closer inspection of the original glass plate negative revealed an essential clue that I had missed on a scrap of tape pasted to the top of the plate: a name, ‘Baker’. 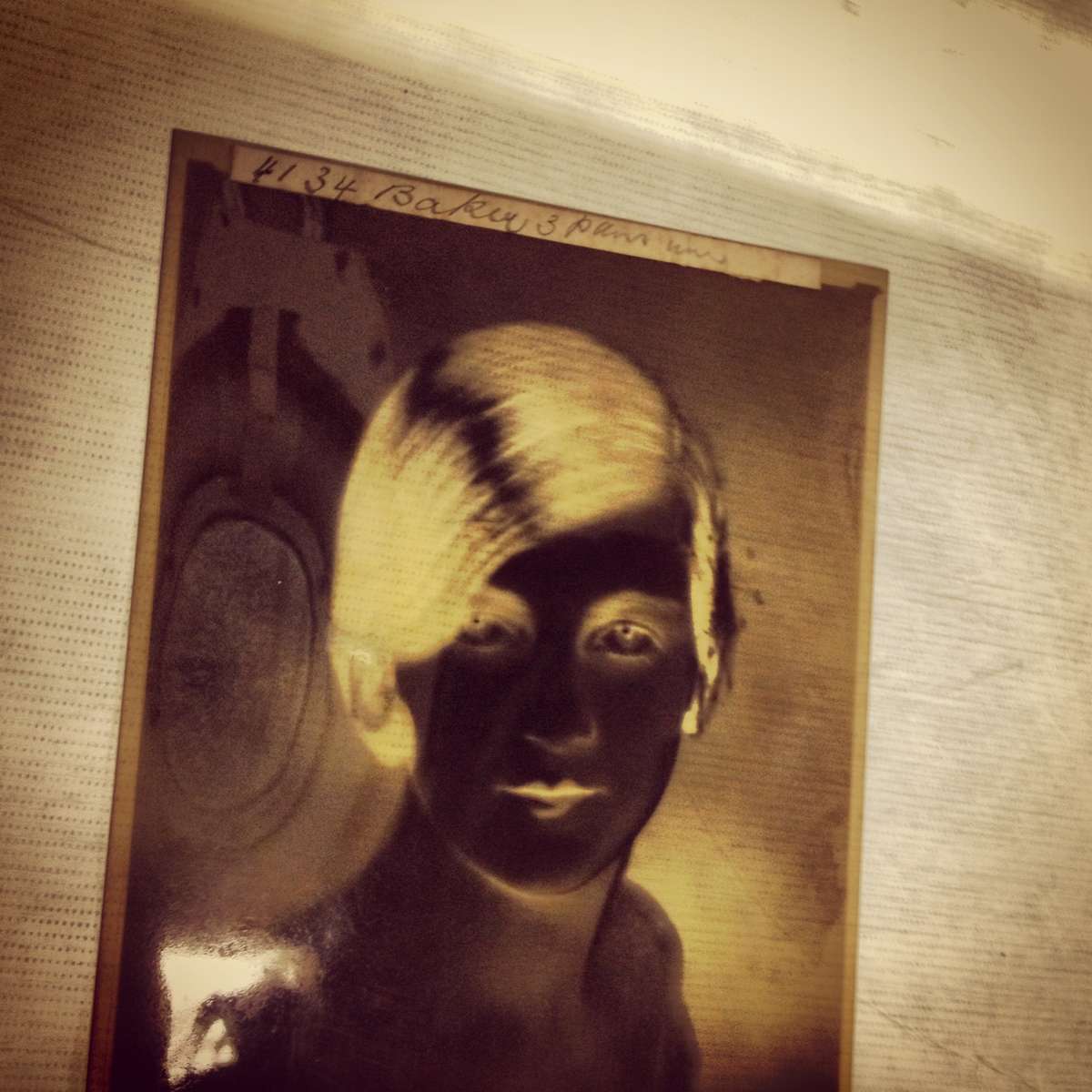 Phyllis Baker to be exact, a young Sydney-based actress. This photograph of Phyllis appeared in The Evening News in March 1927 as part of Phyllis’ campaign to win the paper’s First National Film Star Quest. The competition was eventually won by another Sydney-based Phyllis: Phyllis Gibbs, who won a chance to travel to Hollywood first class, a contract with producer Cecil B. de Mills and a hat for everyday of the week.

Despite not winning the competition, Phyllis Baker did go on to enjoy success both on screen and on stage. In 1933 she was chosen to be the romantic lead opposite legendary Australian comic actor George Wallace in the film ‘Harmony Row’. Baker played Molly, a young woman from a tough inner-city slum known as Harmony Row who encounters a simple but good-natured new policeman (Wallace). The film also starred William ‘Bill’ Kerr, a child star who later found fame in Peter Weir’s film ‘Gallipoli’. All three appear in this clip from Harmony Row:

After the film Phyllis went on to star in many theatre productions. She appeared in ‘London Revel’s at Cremorne Theatre in 1933, starred in a lavish stage production of ‘Peter Pan’ several times and early on in her career was a member of the George Wallace Company in Brisbane (presumably leading to her role in Harmony Row).

Phyllis however, isn’t the only performer to have come out of our William Hall photographic collection. Another mysterious gem to have her identity revealed recently is this lady: 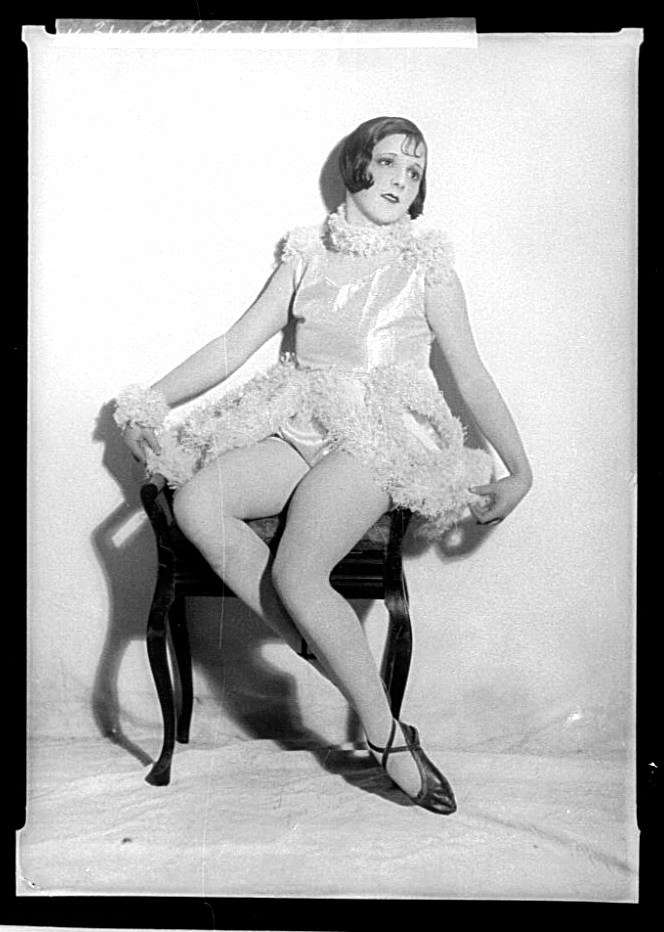 Flickr user Quasymody (expert at revealing the identities of beautiful ladies) spotted a portrait of Peggy as it appeared in the Sunday Times, June 1927 and confirmed once and for all the woman behind a series of flirty portraits in our collection.

Peggy burst onto the Sydney cabaret scene in 1927 as the sparkling new star at the popular Wentworth Hotel, managed by famous hostess Mrs Hannah Maclurcan. MacLurcan had become famous through a series of self-published cookery books before buying the hotel with her husband in 1901. After being widowed in 1903, Hannah took over the hotel, transforming it into a glittering, popular establishment where a variety of acts such as cabaret, roller-skating troupe the ‘Rolling Rollos’ and even monkeys drew a crowd of royal and celebrity patrons. 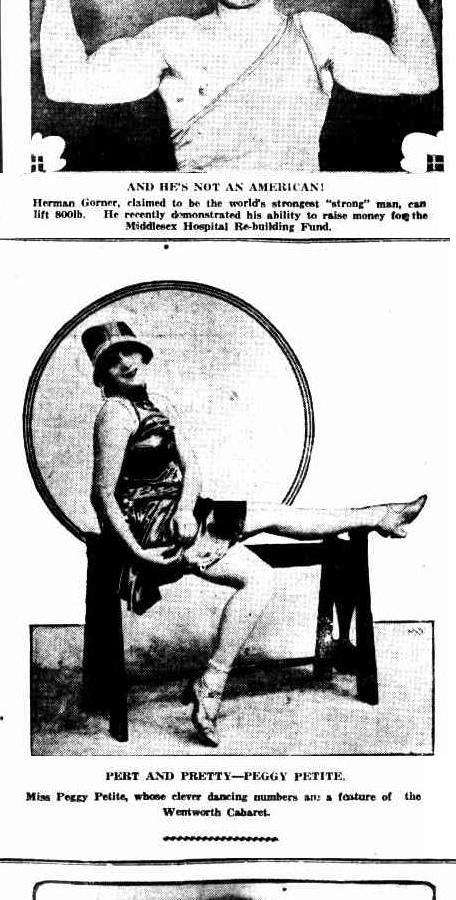 Peggy Petite, star of the Wentworth Cabaret. Sunday Times, 22 May 1927

Into the heaving & exciting world of the Wentworth came Peggy Petite, described by The Sunday Times as follows:

“Peggy Petite is a true type of cabaret artist, attractive, clever, with a good dance technique and the art of wearing pretty stage costumes. Her newest number, ‘Give Us a Little Kiss’ is sparkling and attractive.”

Unfortunately, Peggy disappears from the papers after 1927, returning to the anonymity that her photos used to enjoy. Perhaps she changed her stage name, reinvented her act or married one of her admirers.

The portraits and their beautiful subjects are wonderfully unexpected pockets of loveliness in the museum’s collection, surrounded as they are by thousands of William Hall’s spectacular sailing shots. Anonymous or identified, their subjects are a fascinating glimpse into the characters who passed through Hall’s Sydney studio. Describing the sensation of seeing herself on film, Phyllis Baker said in 1933:

“I cannot describe my impression. It was myself, and yet I could not feel it was me.”

I wonder then, what Phyllis thought of Hall’s portrait of her.

Click through to view the museum’s collection of beautiful William Hall portraits.