Archaeologists have recently raised five large cannons from the wreck of Queen Anne’s Revenge, off the coast of North Carolina. 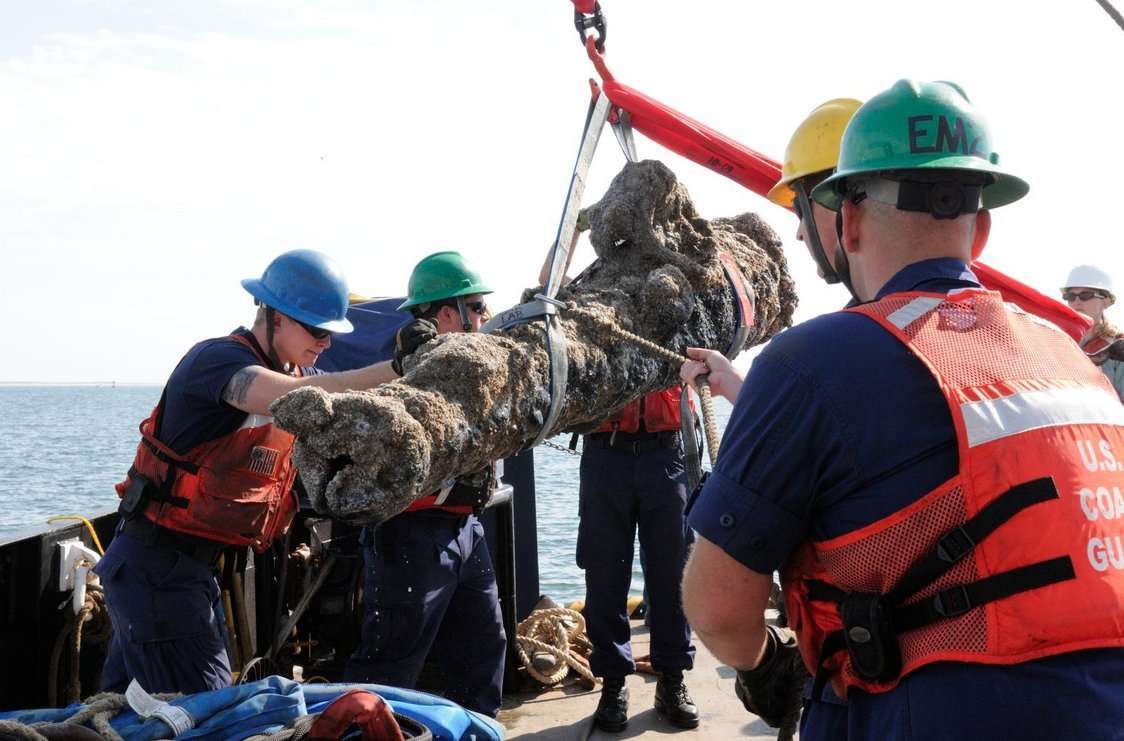 The crew of the Coast Guard Cutter Smilax worked with personnel from the North Carolina Department of Cultural Resources to recover five cannons and multiple barrel hoops from the Queen Anne’s Revenge in Beaufort Inlet, North Carolina: Coast Guard News

The vessel was originally named Concord, and belonged to the famous pirate Blackbeard. She started as an English frigate, and after being captured by the French and used in the slave trade, she was again captured, this time by the pirate Captain Benjamin Hornigold. Hornigold gave the vessel to a member of his crew, Edward Teach, later known as Blackbeard, who added cannons and renamed her Queen Anne’s Revenge.

Blackbeard sailed the ship from West Africa and throughout the Caribbean, attacking British, Dutch and Portuguese merchant ships along the way. He eventually ran the ship aground in 1718. Whether he did this intentionally or not is the subject of much debate, but it is thought that he may have done so in an effort to disperse his crew hence increasing his share of the spoils on board. 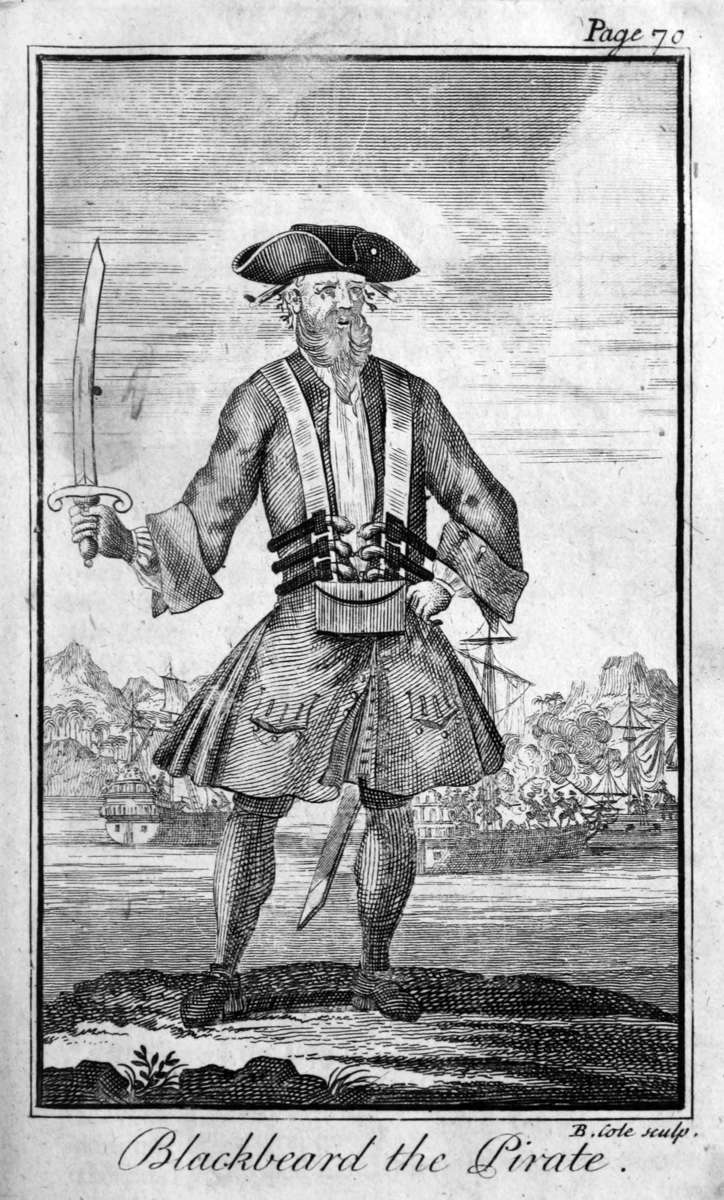 Blackbeard, from the second edition of Charles Johnson’s General Historie, 1724

Blackbeard was eventually killed later the same year during a dramatic battle aboard a Royal Navy vessel, the HMS Pearl. After the battle, in order to collect the bounty on Blackbeard, his head was hung from the bowsprit of the Pearl.

Meanwhile, the Queen Anne’s Revenge remained in shallow waters off the coast of North Carolina for more than 270 years, until it was rediscovered in November 1996.  Whatever the reason it was abandoned, there is a noticeable lack of treasure on board – the ship’s crew appears to have had ample time to remove any plunder. Nevertheless, the vessel has proved a treasure trove of artefacts. So far, around 25 cannons, from reports of 40, have been discovered along with more than 280,000 artefacts, including a small amount of gold dust, as well as turtle bones, scientific instruments, lead shot, ornate glass and sword hilts.

Four of the five cannons raised last week weigh between 900 and 1360 each and measure over eight feet long with the capability to fire six pound cannon balls.

Excavations on the Queen Anne’s Revenge continue, with archaeologists moving to have all artefacts removed before the next cyclone season, as previous bad weather damaged parts of the wreck. 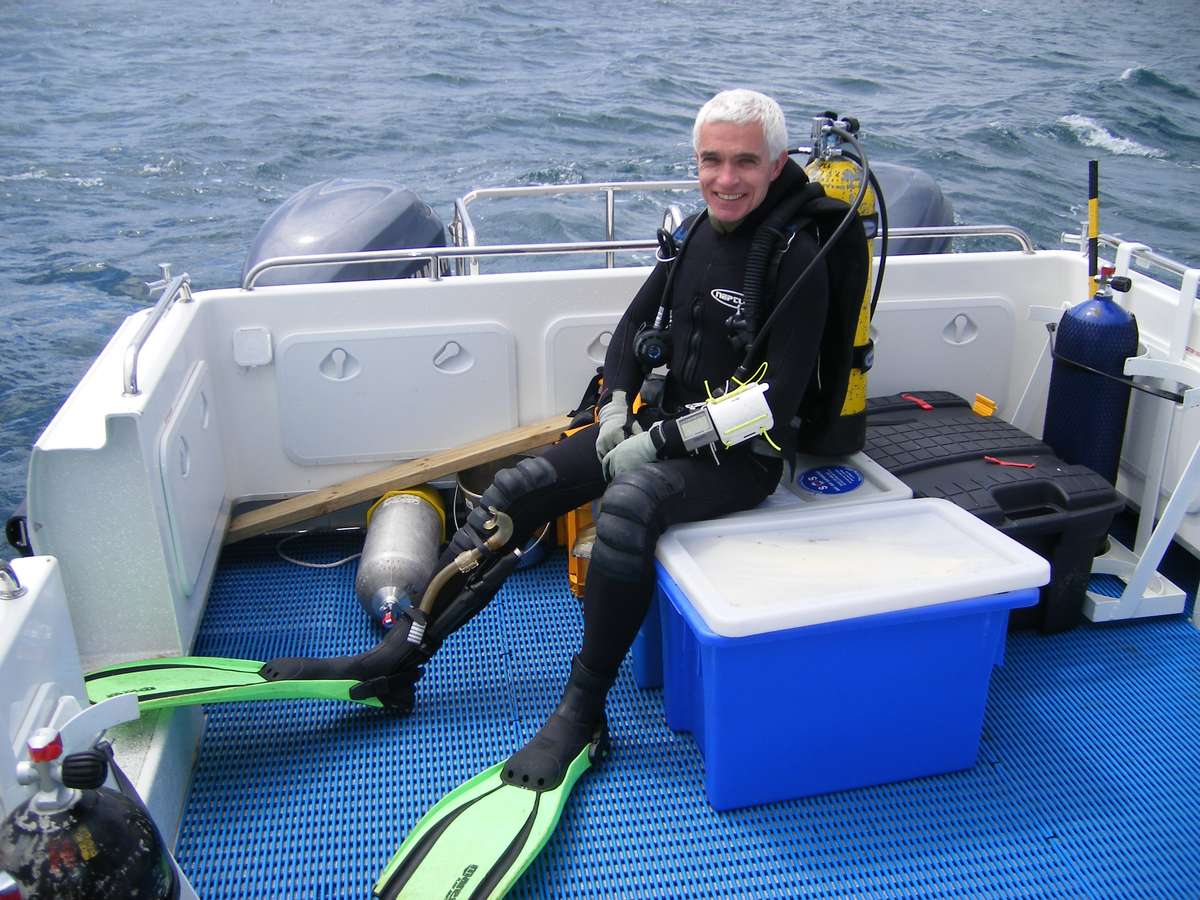 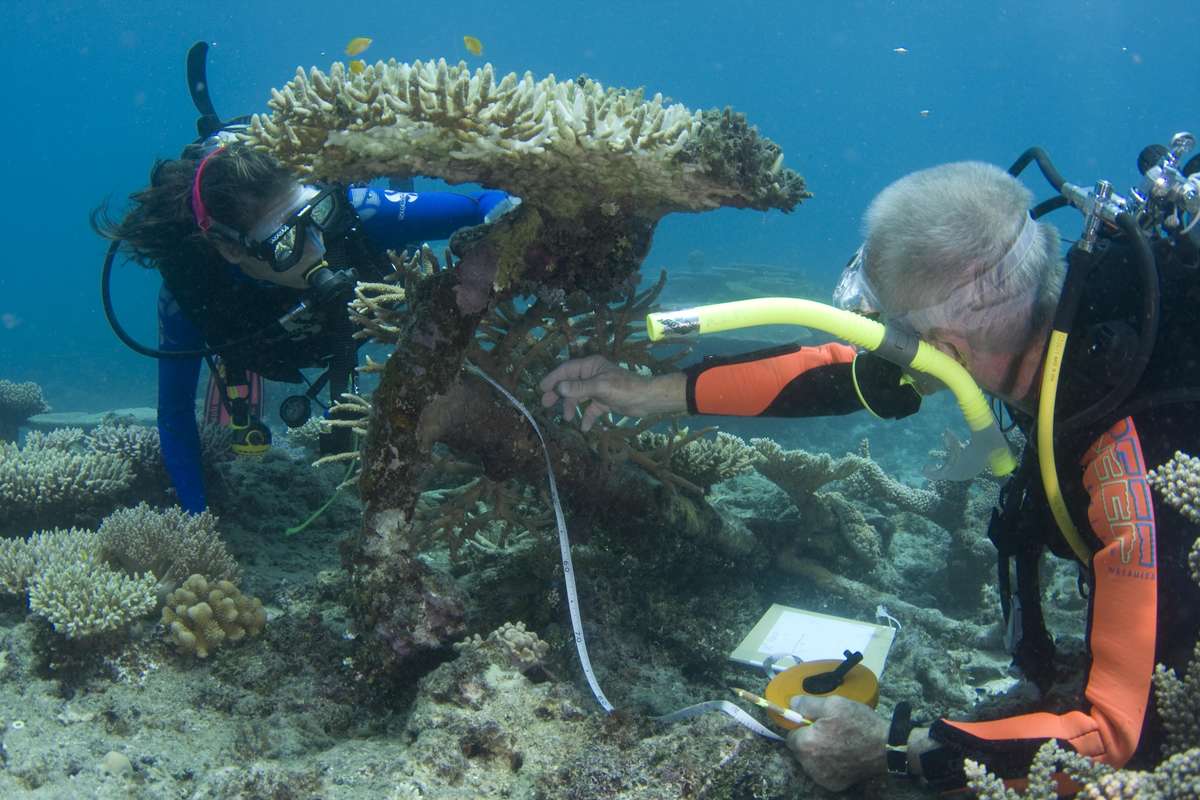