Back in the olden days, you may be surprised to know, in honour of visiting international navy fleets, we hosted special events often called ‘Sydney Illuminations’. In 1908, during the United States Great White Fleet visit, ‘Magnificent! Splendid! Beautiful!’ were the words used to describe the electric lighting and searchlights placed around Customs House, Martin Place and Circular Quay. Even the great battleships themselves were lined from bow to stern in ‘dazzling brilliance’, in what culminated in a spectacular festival of light attended by thousands of people. Sound familiar? We’ve experienced the festival of light that is Vivid Sydney, and tonight a real treat is in store for International Fleet Review. Fireworks, projections and light will once again animate the Sydney Opera House and visiting ships on the harbour. At 7:40 tonight, it’s showtime! 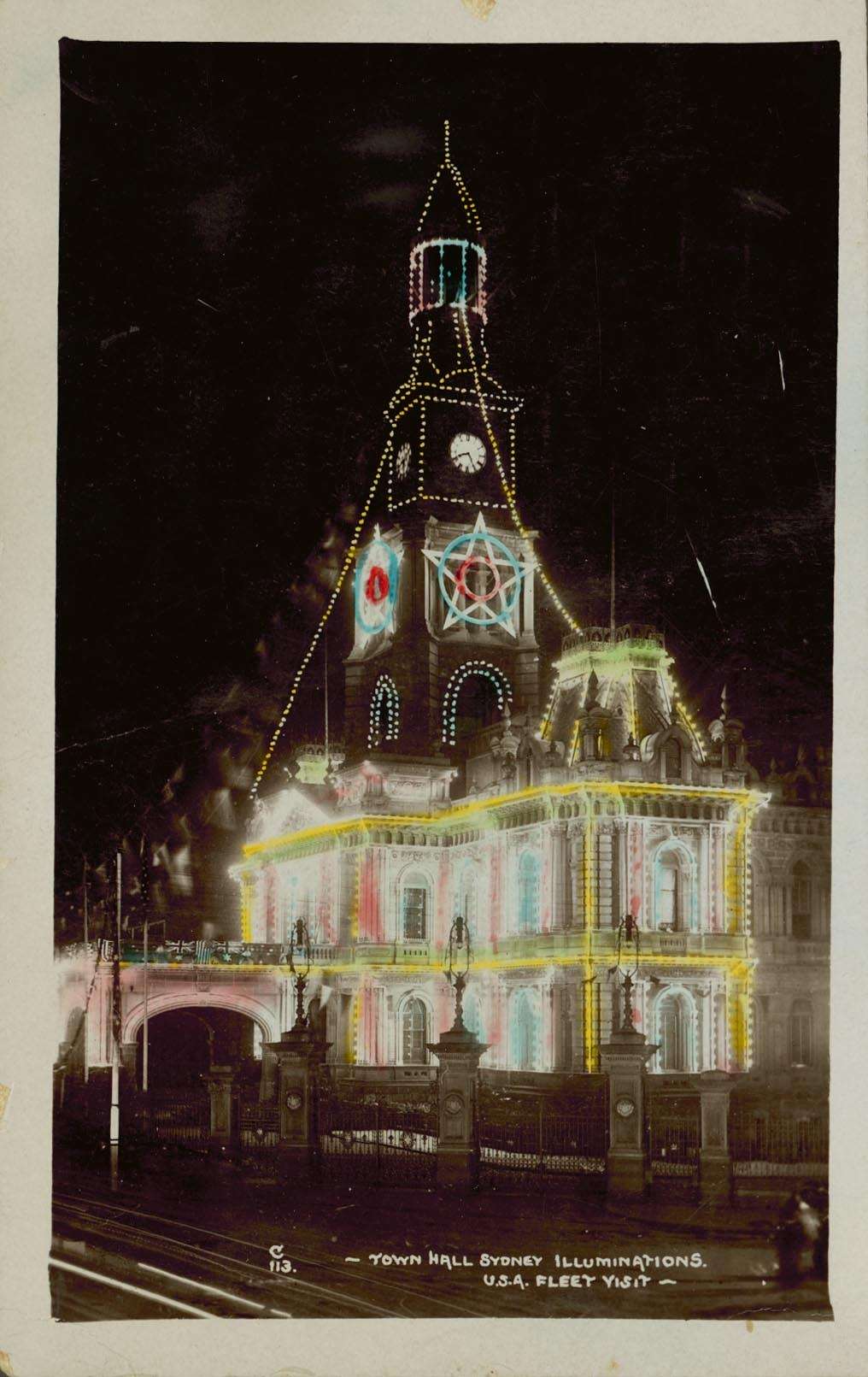 There are references to spectacular lightshows on the harbour that date back to the early 1900s, however, it seems the ‘Federal Government spared no expense’ when it hosted the mother of all lightshows with the visit of the ‘White Armada’ in 1908. State buildings were ‘lavishly’ decked out with coloured electric lighting to welcome the special international guests. Private firms were aglow and according to one report, Hyde Park was a ‘veritable fairy land’. Thousands lined the streets to look at the decorations. But the focus was on the battleships ablaze with colour and searchlights on the harbour and ‘the word “Welcome” in 20ft letters’ emblazoned from Fort Denison. Customs House was covered with coloured lights with ‘a large naval device, representing the good ship Mayflower’. The Sydney Morning Herald noted it ‘is supported by medallions draped with flags, and the whole frontage is made gay with festoons of coloured lights and of greenery.’

‘To the kinship of the Mayflower’. Hand coloured postcard of Customs House during the Great White Fleet visit, 1908
ANMM Collection

During the entry of the Royal Australian Navy’s first fleet unit, commemorated by this week’s International Fleet Review, the new ships were illuminated on the night of 4 October 1913. One hundred years ago, flagship HMAS Australia and light cruiser HMAS Sydney were covered by electric lights in a picture of ‘dazzling beauty’. Initially searchlights were set off, and then, the ultimate reveal:

… every now and then the searchlights were thrown up to the sky, and it was with the clouds as with the smoke from the funnels of all the vessels in the harbour – they took on a strange beauty … And then, suddenly, all was blackness again, and the ships lay silent, grim and motionless in the Cove till 8 o’clock – and then, at a signal flashed from the flagship, the Australia and all of them burst into light, their lines, from hull to fore, and mainmast, picked out with countless electric lights. It was a veritable blaze of splendour. 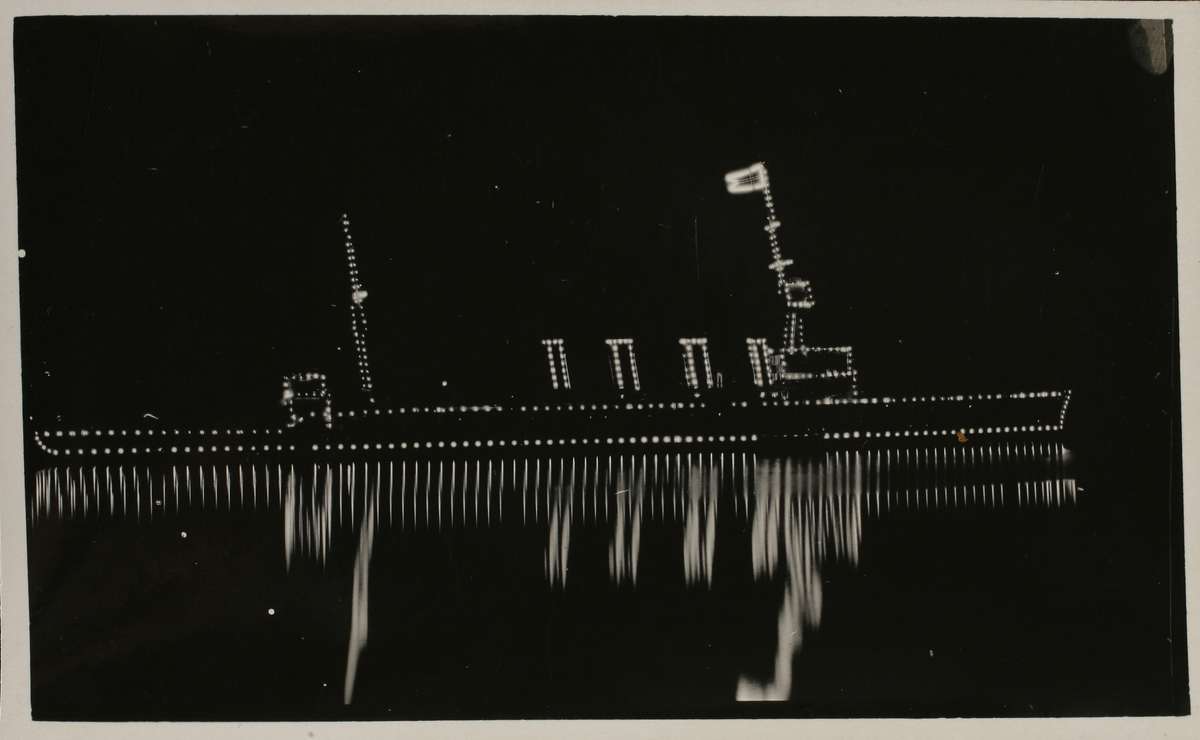 More photographs from our collection depicting lightshows from the past can be seen below or on our Flickr Commons page. The museum will also have its own rooftop projection show along with other events for International Fleet Review.