The Australian National Maritime Museum has been collecting historic material well before it opened its doors to the public in 1989. As a result we have a wide and rich variety of material in our collection consisting of over 140,000 objects. Of these over 20,000 have been published to our collection website.

The museum began lending items from its collection as early as 1992 and it remains one of the best ways to make the collection avaliable. Objects can be borrowed for display, exhibition and use in research allowing us to share our historically significant collection with the community, after all that’s the reason we’ve collected it!

Here are great objects from the museum’s collection that have been lent to help tell the stories of Australia and its people.

Mapping Our World: Terra Incognita to Australia, due to open in Canberra at the National Library of Australia this November will feature the Blaeu celestial globe from our collection. This globe, dated 1602, is a rare Dutch celestial globe, made from brass and wood and represents the first full publication of the Southern Hemisphere’s constellations, including the Southern Cross. The exhibition explores concepts of earth and the heavens and is a wonderful opportunity to view some of the maps and charts that inspired the European idea of Australia. 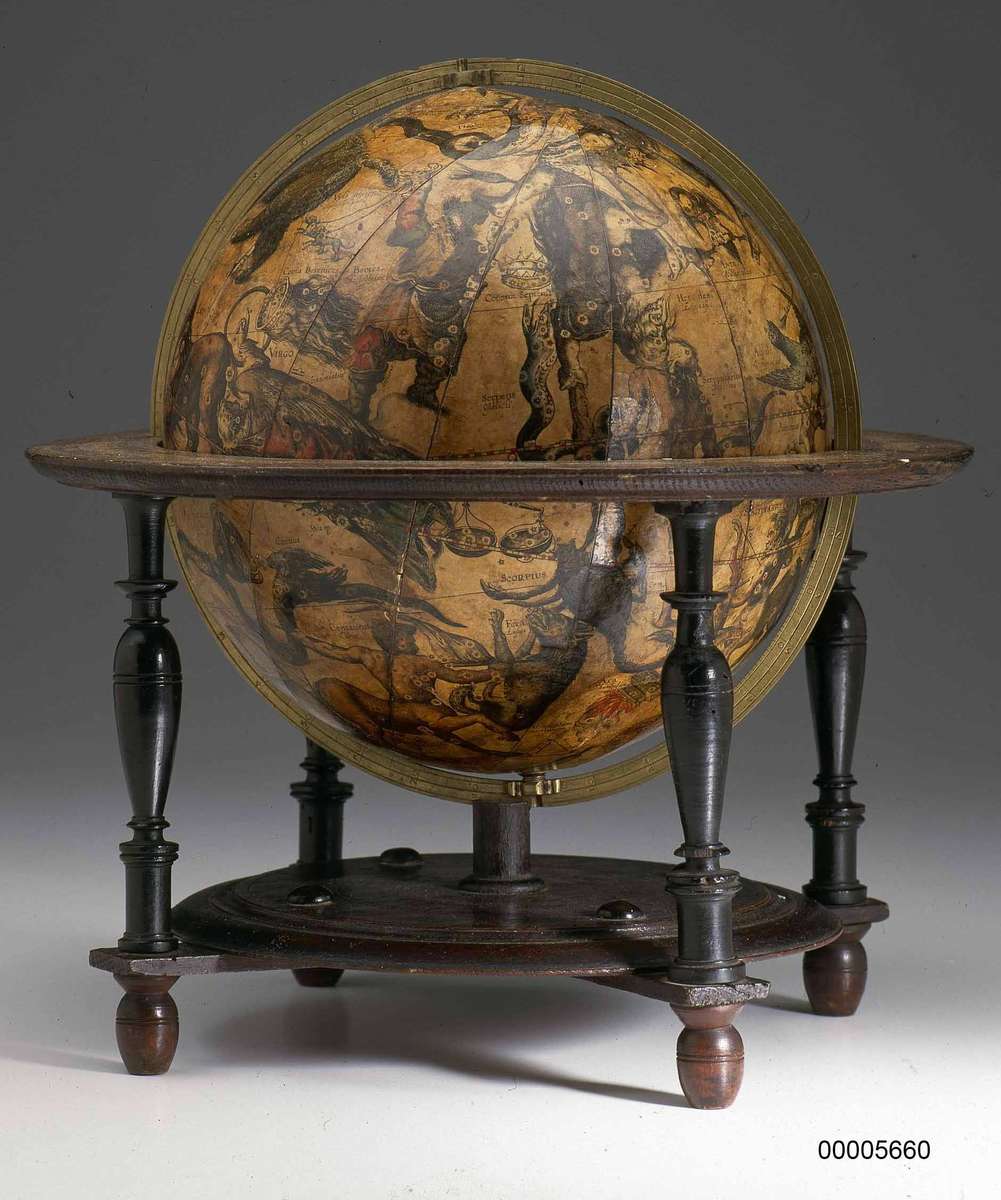 London’s Royal Academy of Arts Australia exhibition, will feature Oswald Walter Brierly’s watercolor Amateur whaling, or a tale of the Pacific. This exhibition, opening in late September, was designed to celebrate the ancient beauty of the Australian countryside and the role of the Arts in developing our national identity.

00005765 ANMM Collection: Oswald Walter Brierly’s watercolour Amateur whaling, or a tale of the Pacific on display in the Australia exhibition at London’s Royal Academy of Arts.

More than Green and Gold open at the National Sports Museum, Melbourne, is an exhibition featuring two significant sporting uniforms from the museum’s collection. Australia II blazer worn by Ben Lexcen and an Admiral’s Cup Team crew jumper worn by Trygve Halvorsen were chosen for display as they help to illustrate the origin and evolution of Australia’s national colours. These two items were chosen as they represent a more formal flag colours used in sporting clothing rather than the more common green and yellow.

Current exhibition First Voyages: Exploring the Southern Coast features a great example of whaling paraphernalia from Victor Harbour, South Australia from our collection. Among some of these are a mysteriously tangled hand-forged whaling harpoon that needs to be seen to be believed, a 47 mm tall scrimshaw whistle carved by whalers in the 19th century, a whale chaser pocket compass and a copper riveted rawhide bailing bucket. The exhibition explores links to early colonisation of Australia through sealing and whaling and the exploration of inland waterways, the story of which these objects help to illustrate. 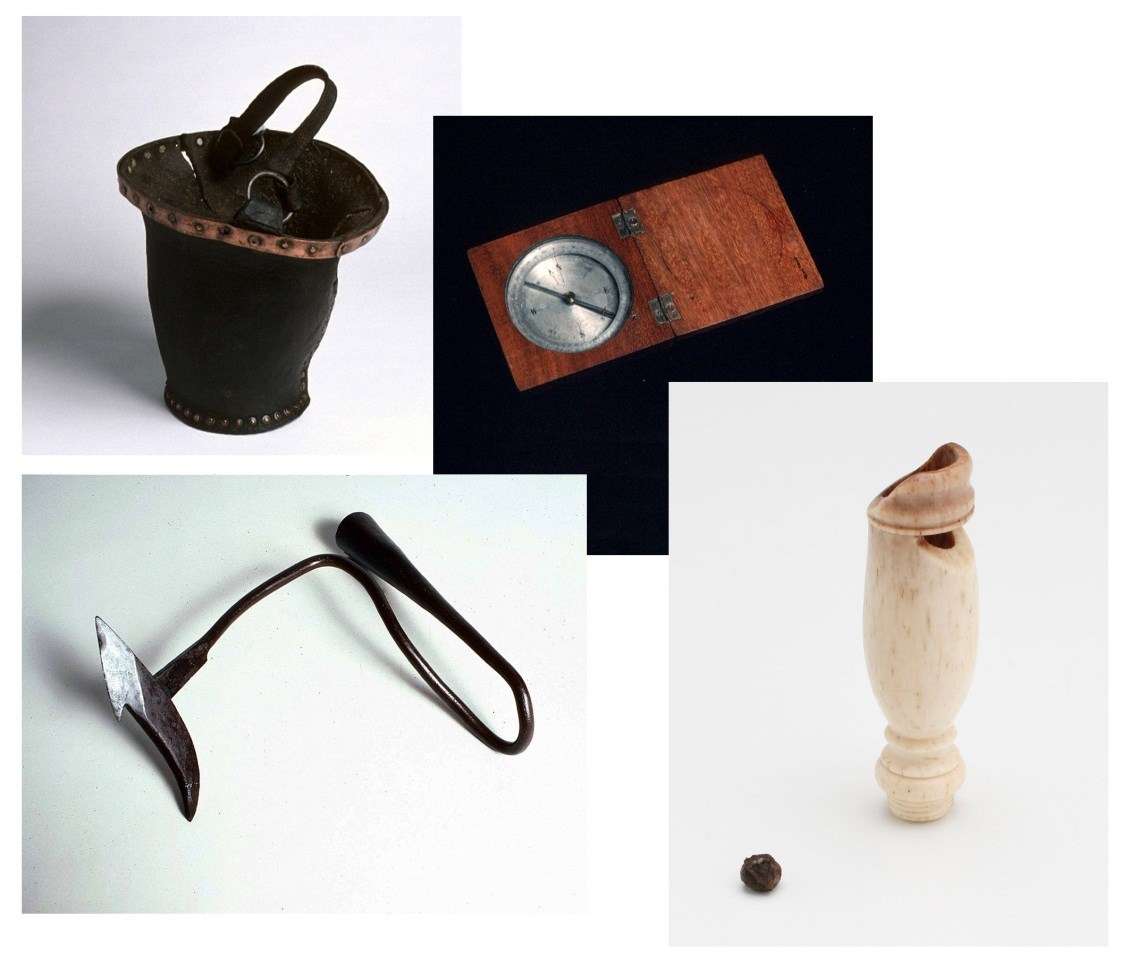 Seven original pieces of pig iron ballast from the HMB Endeavour are on loan to various organisations around NSW. These ballast pieces make up a small part of the museum’s Endeavour ballast collection. In total 40 to 50 tons of ballast, six cannons and a full size anchor were thrown overboard to prevent the ship from sinking after it ran aground in June 1770 on the Great Barrier Reef, the site is now known as Endeavour Reef.

So next time you visit a museum exhibition keep an eye out, they might have borrowed an object from our collection!

View all posts by Rhondda Orchard→
Posted in: Exhibitions , From the collection , Arts and Culture
↑