The coastline of Australia has some particularly exposed and dangerous areas, and a notable graveyard of accidents is the southwest coastline of Victoria and across to South Australia. Here the westerly winds of the roaring forties and the south westerlies that come in when a low develops bring gales and big seas hitting a landform of cliffs, headlands, islands, outcrops and hidden dangers. Increasing the danger further an arduous voyage was nearing its end, and a tired crew was trying to navigate to safety in testing conditions.

In response to the inevitable shipwreck situations that had occurred, lifeboat stations were set up at some of the safe havens along this coastline, following a pattern employed in the United Kingdom and elsewhere. Three of the craft that have survived and are featured on the Australian Register of Historic Vessels (ARHV), they show the standard technology of the period. A fourth lifeboat on the ARHV shows how ideas ahead of their time failed to meet expectations. 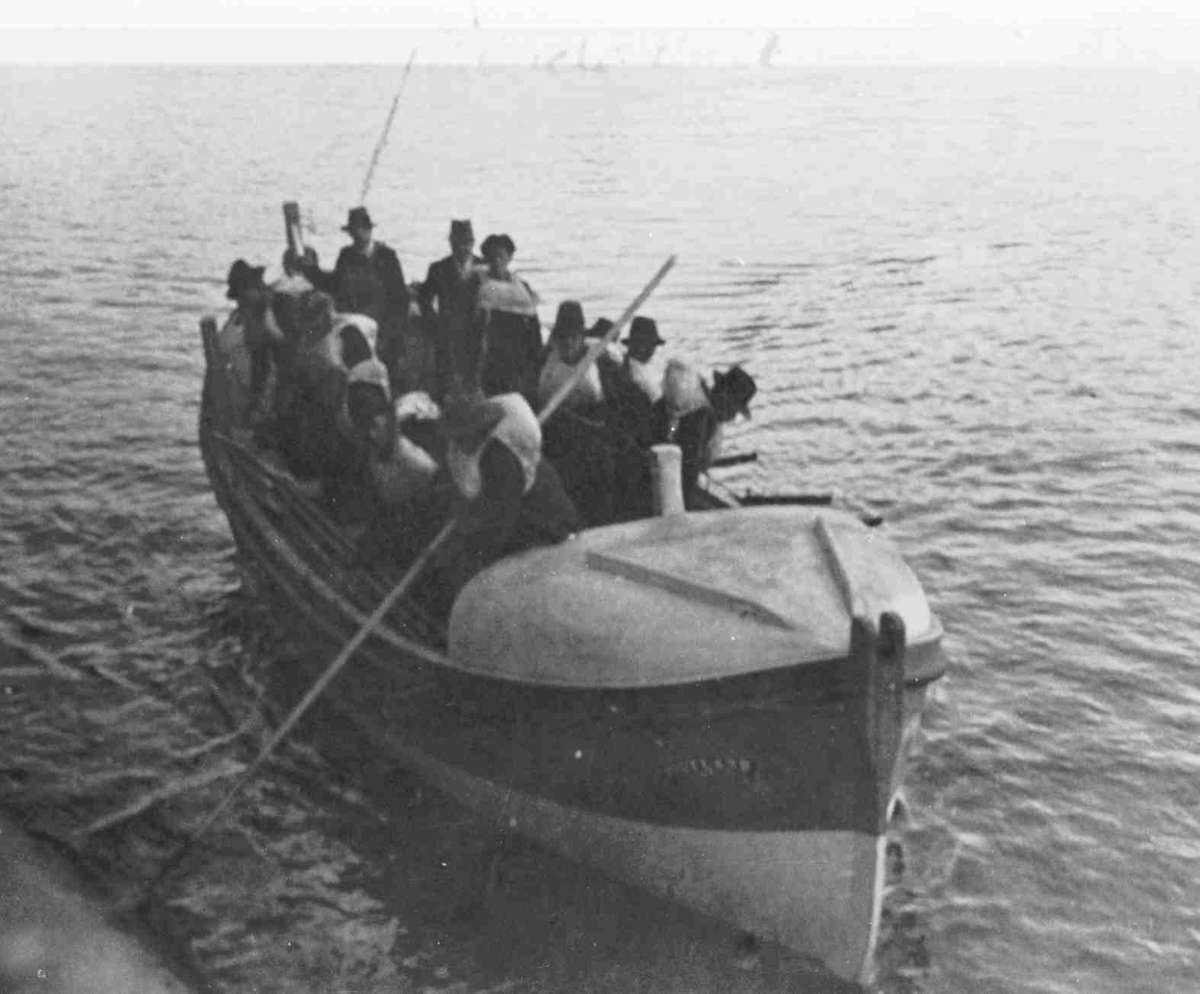 Port Fairy, Portland and Queenscliff all had shore based stations, with a shed and slipway to house and launch the craft. They were manned largely by volunteers, usually the fishermen who knew the area as it was their workplace. The craft were wooden, and all three were built locally. 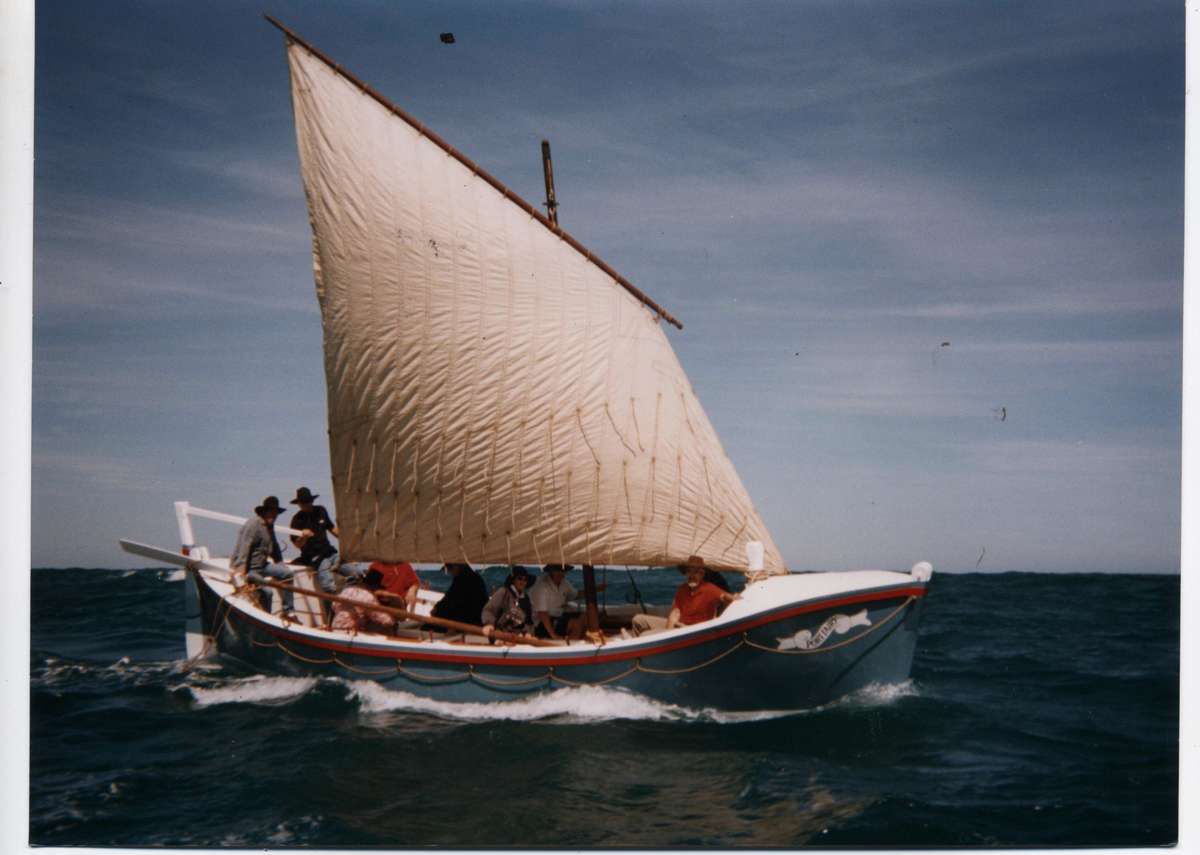 The Port Fairy and Portland lifeboats from 1857 and 1858 came from the same moulds and were designed by William White, who had adapted the English lifeboat design by James Peake that had been adopted by the Royal National Lifeboat Institution (RNLI) in the UK. The later Queenscliff lifeboat from 1926, called Queenscliffe was built to a later RNLI design called the Watson class. All three are double diagonal planked, which gave a very strong structure but had the special advantage that the hull remained largely watertight when stored out of the water for a longer period than a carvel planked hull. This was an important factor; the craft were kept in a shed with a slipway, and at the ready for a quick launch in any conditions. 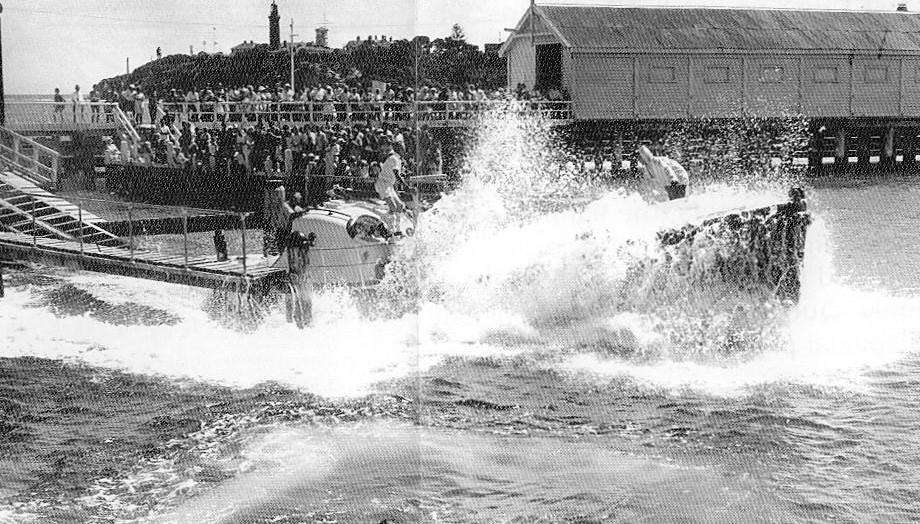 The Portland and Port Fairy boats were manned by oarsman, and had a sail as well, while Queenscliffe had the later advantage of an engine installation. They all had buoyant compartments and a seaworthy hull design, factors learnt from experience in the development of the designs back in the UK. Queenscliffe was kept right up to date during its service, and carried a VHF Radio Telephone, HF radio transceiver, visual signals, life rafts, hand rocket gun, flare gun, generator, search light and first aid supplies. 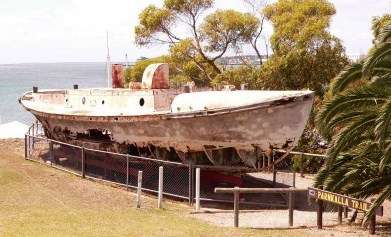 City of Adelaide at Axel Stenross Museum in SA.

Taking a different direction in 1894, City of Adelaide was stationed in Beachport near Mt Gambier on the south coast of South Australia. It was built in steel plate by R & H Green in Blackwall England. It was originally called President Van Heel and intended for the Lifeboat Institution of South Holland. When they refused to take delivery of the lifeboat, the South Australian Government purchased the craft. It was able to accommodate up to eight crew and forty survivors and had a unique steam-powered, hydraulic water-jet propulsion system, but it was not a successful installation. After City of Adelaide was commissioned at Glenelg, it had to be towed on the delivery trip to Beachport because the water inlets became blocked by kelp-weed. They continued to be unreliable and in 1908 the steam unit was replaced with a petrol engine. In 1911 the water jet and pumps were replaced with a screw propeller.

City of Adelaide was never called on to undertake a rescue; however the Portland, Port Fairy and Queenscliff boats all responded to emergencies during their time.

The Portland boat was involved in one of the most famous incidents, not long after it was put into service. In 1859 the steamer Admella grounded on a reef off Cape Banks in South Australia, 150 km to the west of Portland. Survivors clung to the rigging in heavy seas for over a week and 89 people lost their lives in the shipwreck. Towed to the scene by the steamer Lady Bird, the Portland Lifeboat was unable to assist until eight days after the Admella‘s grounding when the seas abated enough for the lifeboat to manoeuvre close to the ship and rescue the last 19 survivors.