I’m Sydney University Museum Studies student Dimity Kasz, and with Courtney, I am completing an internship here at the Maritime Museum. We’re registering the Lake Collection of shipwrights’ tools. Registering a collection includes accessioning, cataloguing, cleaning, and photographing the objects so they can live happily inside the museum with a full catalogue record to their name. 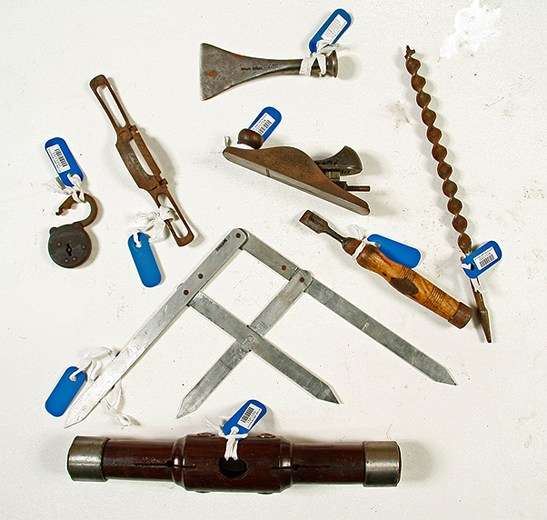 A selection of the Lake shipwright tools. ANMM Collection

Alfred Luther Lake and Bernard Lake’s shipwright tools probably travelled cross-continent and saw work on some very significant ships in the history of Australian vessels. As far as we can piece together from assorted research and transcripts, Alfred Luther Lake migrated to Australia in 1911, from London, where he and his father (and possibly grandfather) were barge builders and specialised in working with timber.

Alfred Luther Lake worked at the Harbour Trust, Cockatoo Island dockyard, Chapman’s dock, Mort’s dock, and Drake’s shipyard. We don’t know much more about Alfred, because at the time of the acquisition of the collection of tools in 2004, he had already passed away. The museum did interview his son Bernard, who filled in some of his father’s story. Bernard noted that Alfred made his own toolboxes (see image). Bernard also recalled that Alfred discouraged him from becoming a shipwright because ‘it was too dirty, caulking and all that…’ 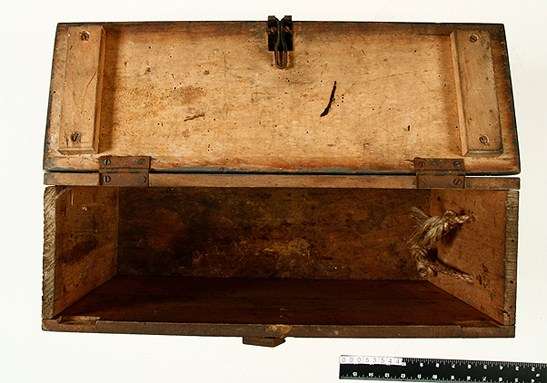 One of the original toolboxes built by Alfred Luther Lake. ANMM Collection

Yet Bernard Lake had ideas of becoming a carpenter, and despite his father’s wishes became an apprentice shipwright at the age of 17 in 1940 with the Australasian United Steam Navigation Company (AUSN) in Sydney. Bernard recounted the day he picked up his father’s tools from Chapman’s dock, on his father’s retirement.

During the years of World War 2, Bernard Lake worked for AUSN on Cockatoo Island where he repaired war-damaged ships, quite possibly on the Ormiston which was torpedoed by a Japanese submarine while in a coastal convoy in May of 1943. The ship was brought safely back to Sydney and repaired, and for the remainder of the war carried Australian and Allied troops from the mainland to practically every part of New Guinea and New Britain. 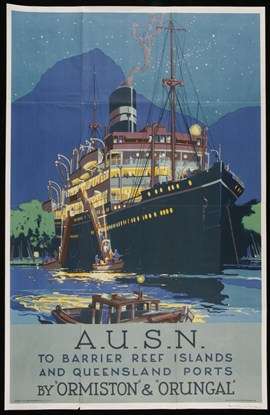 The AUSN was Sydney based and inaugurated in July 1851. In the lead up to Federation it acquired several shipping companies in other States and by 1901 became a national shipping line running services right around the coast of Australia. ANMM Collection

After his war years with the AUSN on Cockatoo Island, Bernard took a year off to go to sea on the company ship Corinda, which he described as ‘lonely, but all right.’ 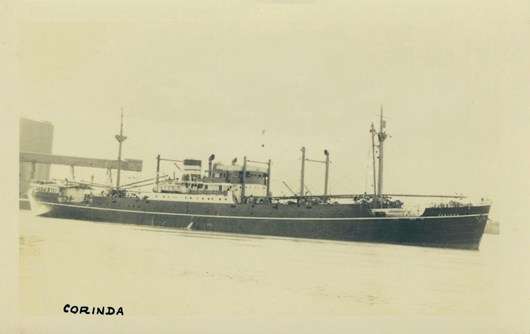 In the 1950s Bernard went on to work in ship repairing on Goat Island in Sydney Harbour for the Maritime Services Board. Here he worked on the Goondooloo, an Aboriginal word for ‘Southern Cross’, which was to replace the pilot vessel Captain Cook. 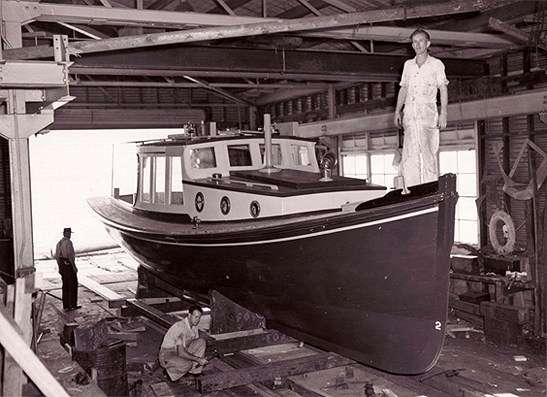 By the 1960s, Bernard had had enough of ship building. He described the accumulation of noisy shipyards, ‘uncongenial work, and not enough of it’ as his reasons why he left to work in the building industry.

View all posts by Guest→
Posted in: From the collection , Vessels