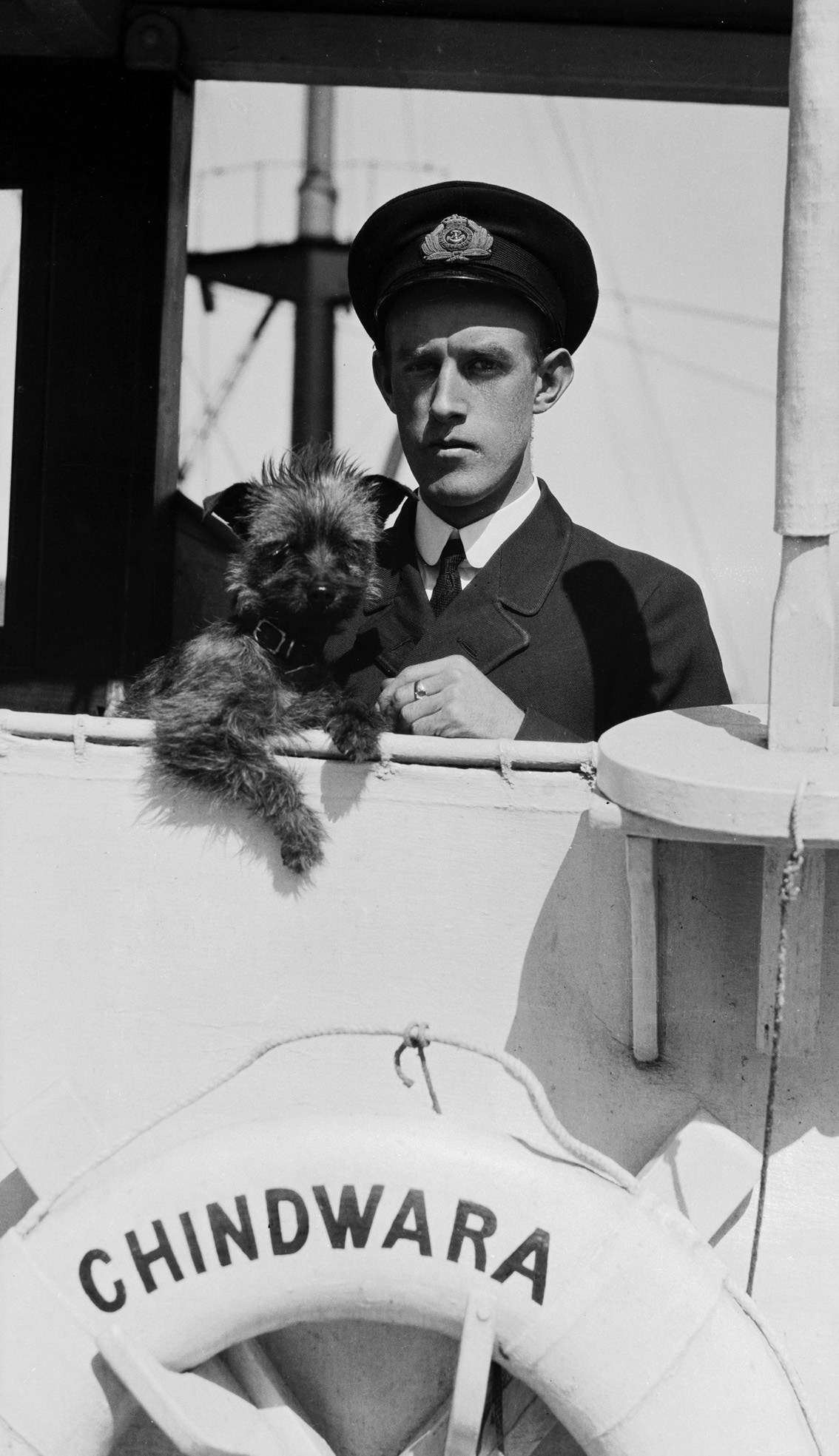 Much of what I research seems to gravitate toward the museum’s Samuel J Hood photographic collection. Even when I try to focus on a specific historical event, the odds are, Sam or one of his photographers were there snapping away and I’m left spellbound by a spectacular series of glass plate negatives. Sixty years ago today, we lost one of our most prolific and compelling photographers. We lost a man who ensured that much of early twentieth-century Sydney was documented for us to appreciate today.

Samuel John Hood was born at Glenelg, Adelaide in 1872. His father, John Hood, was a photographer who worked for Townsend Duryea’s Adelaide Photographic Company. In 1883 John moved with his family to Sydney, and in 1884 Sam followed his lead and began work for another photographer, William Tuttle in Tuttle’s Studio, George Street, Sydney.

In 1899, Sam Hood established his own portrait business at The Adelaide Photographic Company, 256 Pitt St, Sydney. Due to two fires in the studio in the early years he worked from his Balmain home, where he constructed a darkroom and photographed the shipping trade and waterfront workers, which provided a steady income for his growing family. Sam would approach a ship on the assigned tug boat and photograph it as it lay off Sydney Heads. Once the ship reached the dock, Sam would board the vessel and approach the captain to allow him to sell the photographs of the ship to the crew. As Sam’s career progressed, he began to focus his lens on documenting not just ships and their crew but international naval fleet visits, Sydney’s social occasions, troopship deployments, maritime disasters and departing cruise liners. He also established his own studio at Dalny Studio, 124 Pitt Street, Sydney. 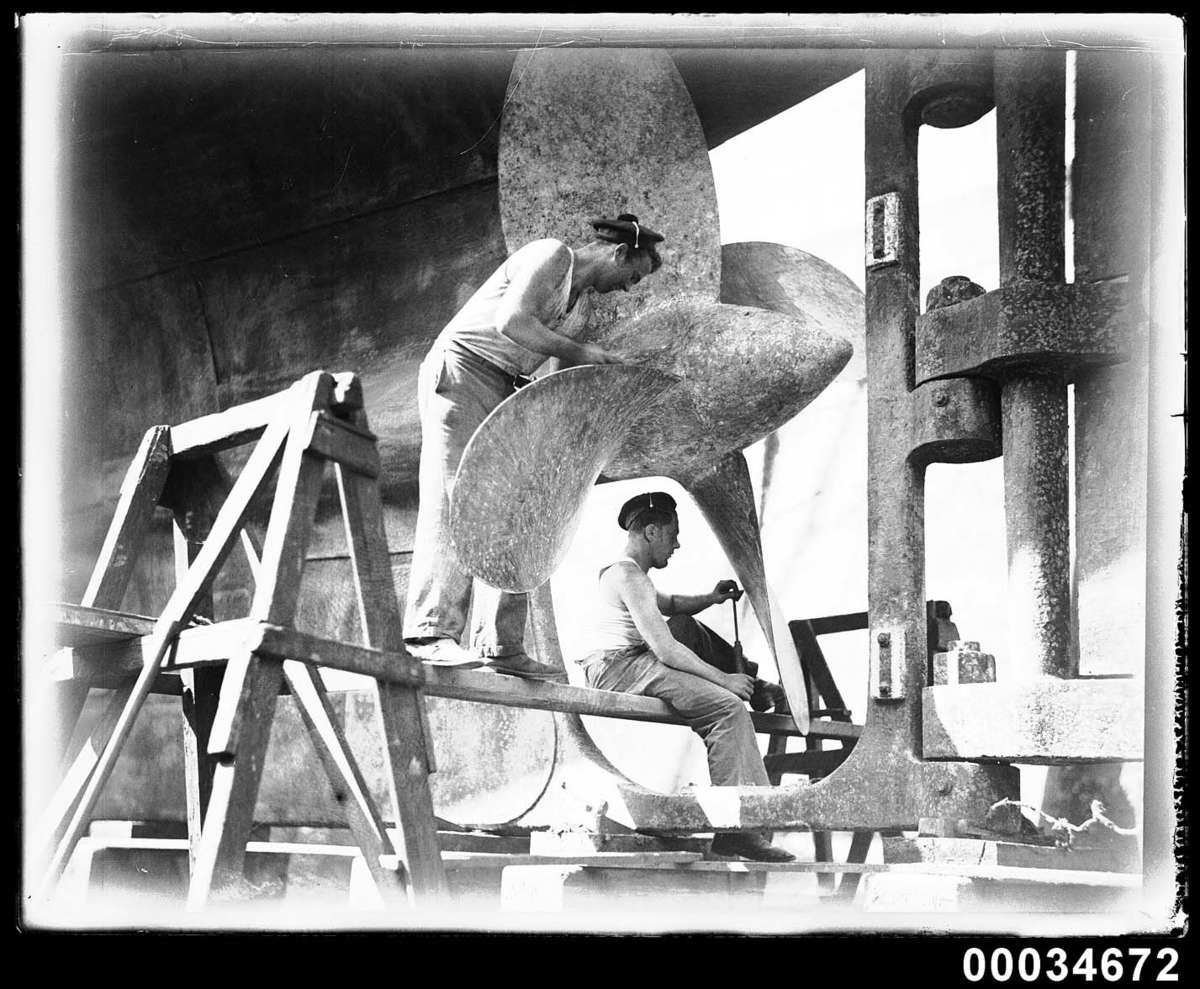 The Australian National Maritime Museum collection comprises over 9,000 of Sam’s photographs and the State Library of New South Wales also holds a significant collection his work. The photographs in our collection demonstrate the versatility of Sam’s talent and the longevity of his career. They document the booming shipping trade of the 1890s and the decline of the sailing ship as steam-powered vessels flourished and the last of the grand barques, schooners and barquentines departed Sydney Harbour. You can see how his work developed from portraits of shipping families and crew members from the 1890s to the 1910s, to glamorous snaps of naval events during the 1920s and 1930s and historic photographs of troops marching off to both wars. 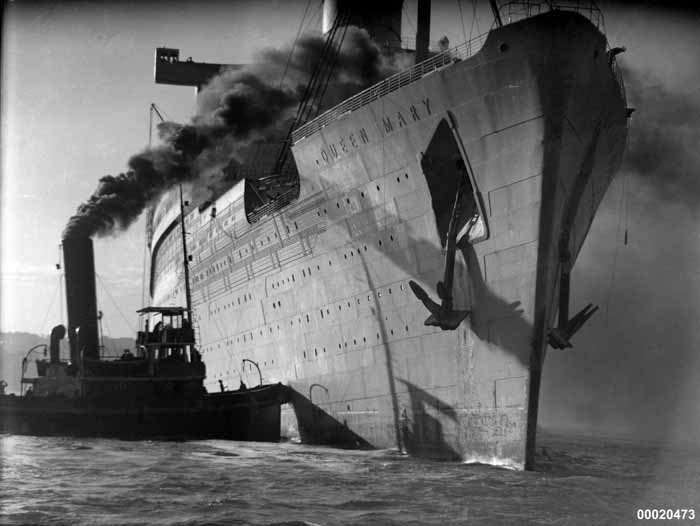 Sam continued working at his studio up until 8 June 1953 when, at the age of 83, he died after he collapsed near Central Station in Eddy Avenue on his way home. He had used the same modified Folmer and Schwing Graflex camera for over 40 years. Sam’s work now offers us a glimpse into a world we can no longer access. A glass plate negative can be a window into the past and though it may at first portray a nameless person in an unfamiliar context, as you examine them closer, even the tiniest clues can lead you on an exciting winding path of historical discovery. Sixty years on, his photographs continue to inspire and enthral. So thanks Sam, thanks for all the photographs.