After a somewhat late night for the expedition team members and crew who had been waiting for the arrival of Hellraiser 2, the team members got together early the next morning to discuss the practicalities of working the ‘end of flood tide’ on the wrecksite so Xanthe could get a complete photomosaic of the site.

We decided to send a small team of divers, including Xanthe, Greg, Gil and Andrew, over to the site just before the ‘end of flood’ at 0700 so that Xanthe would have enough water depth to complete the photomosaic. Just in case, Freddy and Kieran would act as stand-by divers so that the in-water divers could be pulled out of the water if the ebb-tide came in earlier than expected.

Luckily conditions on site were perfect with the strong south-easterly (wind) holding up the ebbing tide long enough for the photomosaic to be completed without incident.

In the afternoon we planned for Frits and John to mag the northern part of the lagoon, have Andrew and Grant record the features of the carronades (cannon) on site, have Gil and Greg record the dimensions of all the various bits on the anchor chain, and Jacqui and I would record the knee and bilge pump dimensions. Unfortunately and unexpectedly the tides refused to cooperate – although for the last couple of days, the tides were behaving relatively normally with gaps of approximately 6 hours between High and Low tide – today the ebb tide was more prolonged, possible due to the effect of the New Moon. This meant the dive tender and Maggie (the shallow drafted magnetometer boat) were unable to get over the western edge of the reef and onto the wreck site.

After waiting for three hours – and noticing no discernible difference in the level of the water over the reef – the team called the dive and returned to Silentworld II. 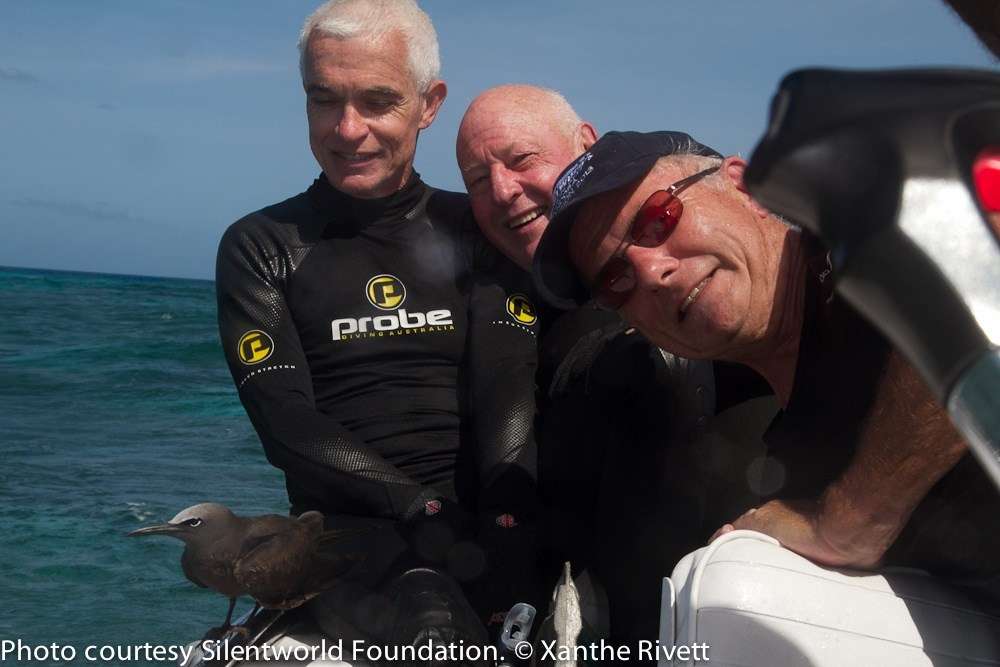 We made a friend at sea!

This morning, although the wind was still from the south-east, conditions on site looked a lot more reasonable and the whole team were out on site just before 0900 waiting for the ‘end of flood‘ slack water.

Although underwater conditions were still a little lumpy with waves breaking directly over the wrecksite, four groups of divers managed to get into the water and start work on the tasks left over from the previous day.

At the end of the dive Gil and Greg had measured up the carronades on site, along with distance west from the ‘surf anchor’ to the ‘flat anchor’. Andrew and Grant measured the various chain dimensions on site and their direction. Rick and Lee (there first real dive on the site) measured the various shackles and rings on the three anchors. Whilst Jacqui and I recorded the dimensions of the iron knees scattered around the site along with the dimensions of what we think are bilge pumps, just forward and to the south of the flat anchor.

Meanwhile, Frits and John who had been ‘magging’ Ferguson Reef’s lagoon and the western edge of the actual reef had located several magnetic anomalies on the north western and south western corners of the reef. 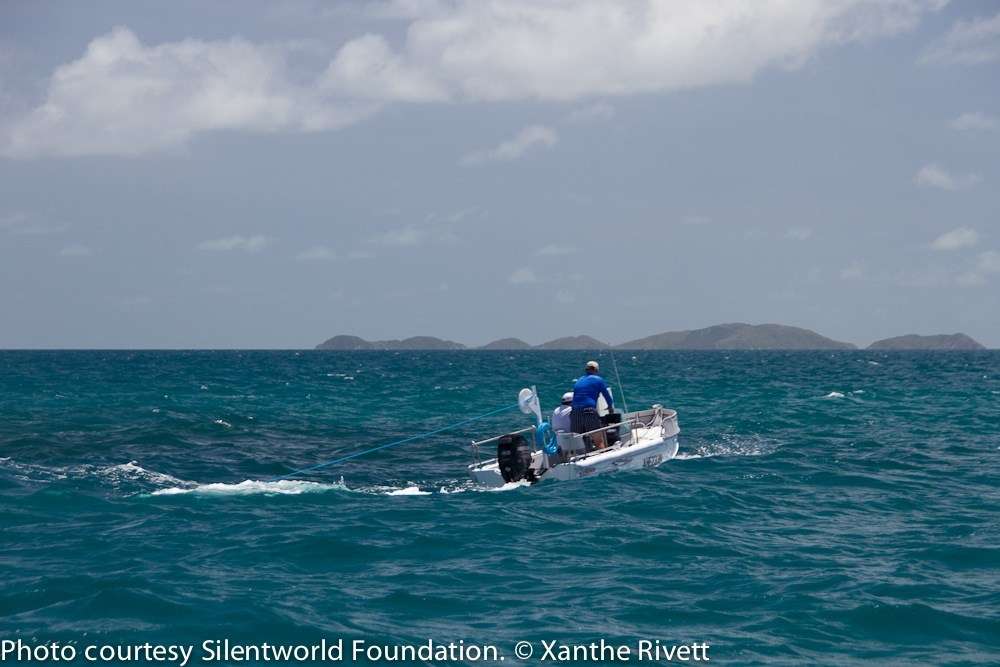 After lunch we put teams of divers onto the recently located magnetic anomalies. The divers, armed with hand-held metal detectors, conducted circular sweeps of the seabed, but despite several dives we could not locate the cause of the hits.

As Silentworld II has to go to Portland Roads tomorrow morning to meet the fuel barge at 0700 it will be leaving Ferguson Reef at 0330. So we decided to leave a small team of divers on site at Ferguson Reef on board Hellraiser 2 so we could get another day’s work in on the site before meeting up with the main expedition party at Eel Reef to commence the search for the wreck of the Morning Star.