Over the last few days the weather conditions on site have started to deteriorate as as the effects of a new monsoonal trough comes into play. 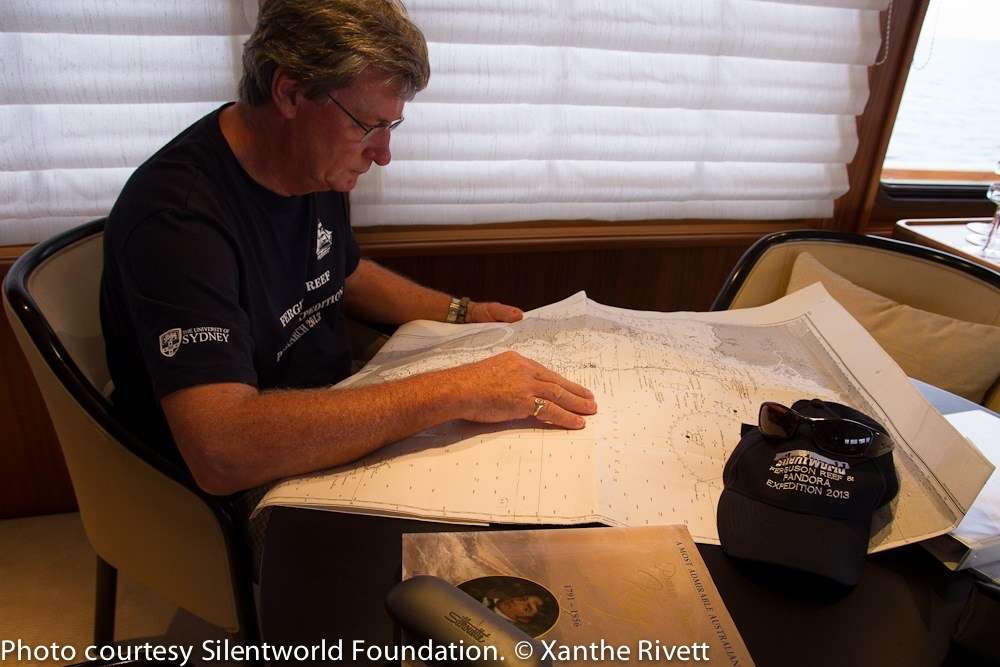 With a substantial surf breaking over the southern and eastern edges of Ferguson Reef and with limited space in the boats we decided to send only single teams of snorkelers onto the reef-top searching for the magnetometer hits that John and Frits had detected on the previous day. 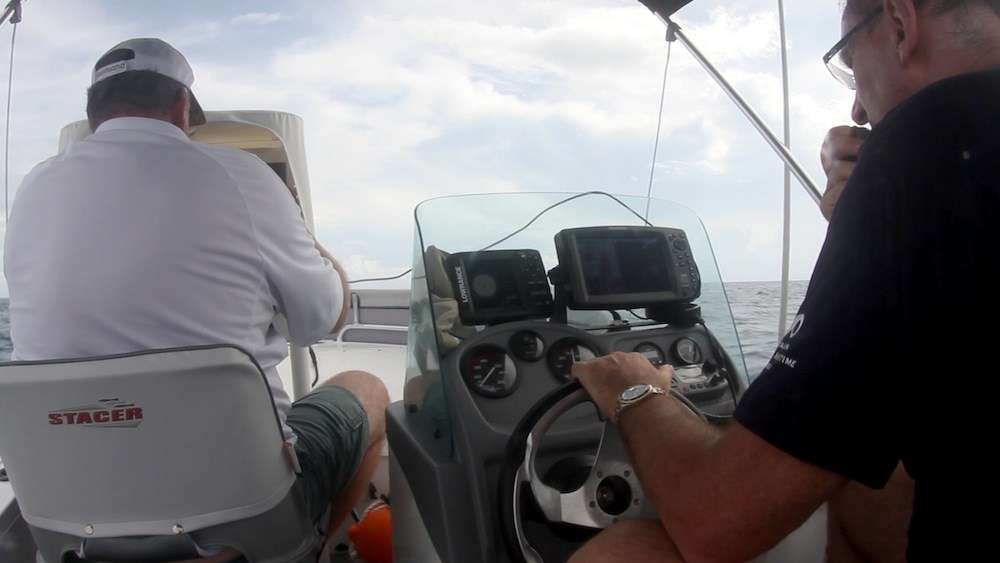 Maggie, the magnetometer boat, in action.

The first team in, consisting of Peter, Gil, Greg and Xanthe, set up a swimline just to the north and west of the anchor and then headed roughly north west finding isolated hull fastenings and fragments of coal as they went.

After a succession of rain squalls the second team of snorkelers, consisting of John, Jacqui, Andrew, Grant, Xanthe and myself, also deployed a swimline near the anchor but this time swam west – locating similar material as well as rigging components.

Returning to the boat Xanthe mentioned that she had relocated a substantial anchor chain which we had seen a few days earlier and that it might be worth a second look. Using the GPS and chart plotter on the dive tender the anchor chain was quickly located and the snorkelers jumped in. 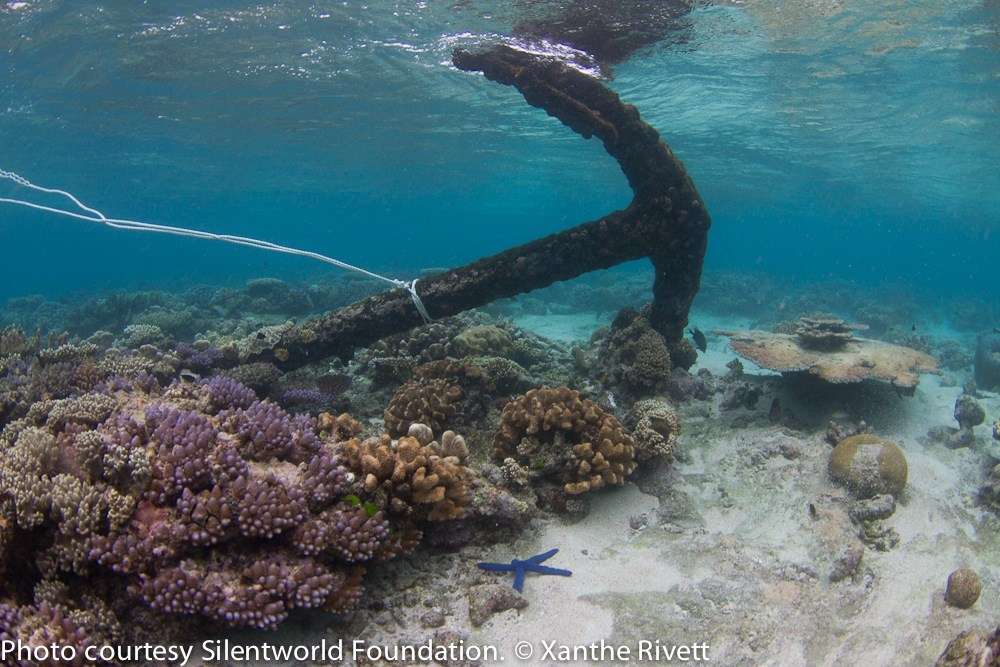 Following the anchor chain eastwards after 80 or so metres the team located the anchor previously located and, as conditions had moderated substantially, decided to swim south from the anchor in an attempt to locate a second anchor and several iron cannon located originally by Ben Cropp in 1977 and relocated more recently by the former state maritime archaeologist Ed Slaughter. 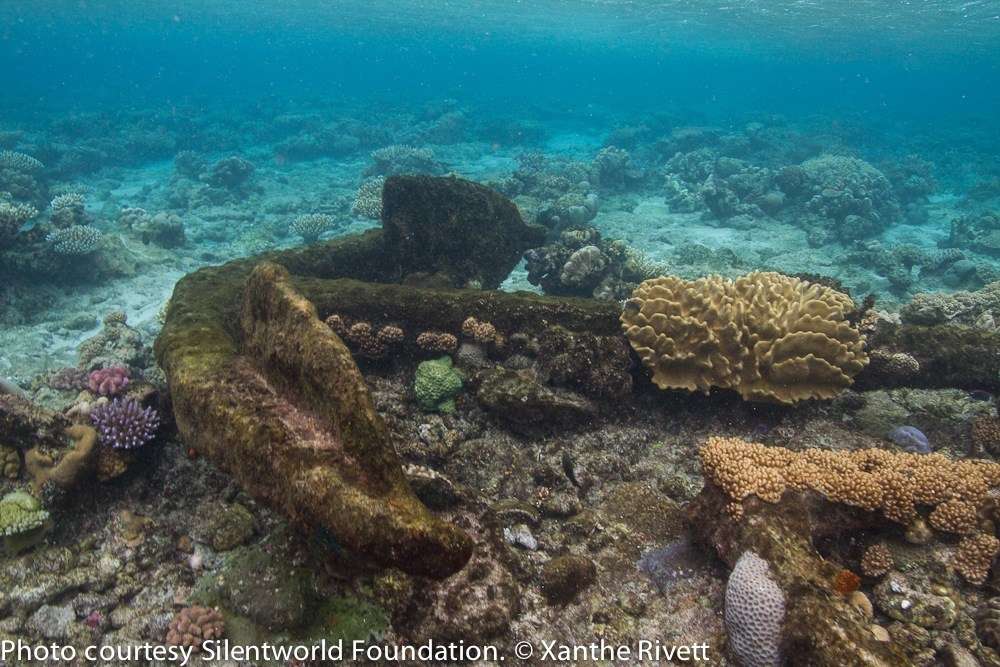 These were quickly located by John and Jacqui along with a nest of iron reinforcing knees, iron square boxes – which are possibly the patent stoves carried by the Fergus(o)on on its last voyage – and more anchor chain. Following the anchor chain towards the east Grant located a massive pile of anchor chain, a third massive iron anchor lying flat on the seabed and two iron carronades. Scattered amongst all the ironwork were isolated pockets of ballast stone, copper fastenings, lead sheathing, iron fastenings and small glass fragments. 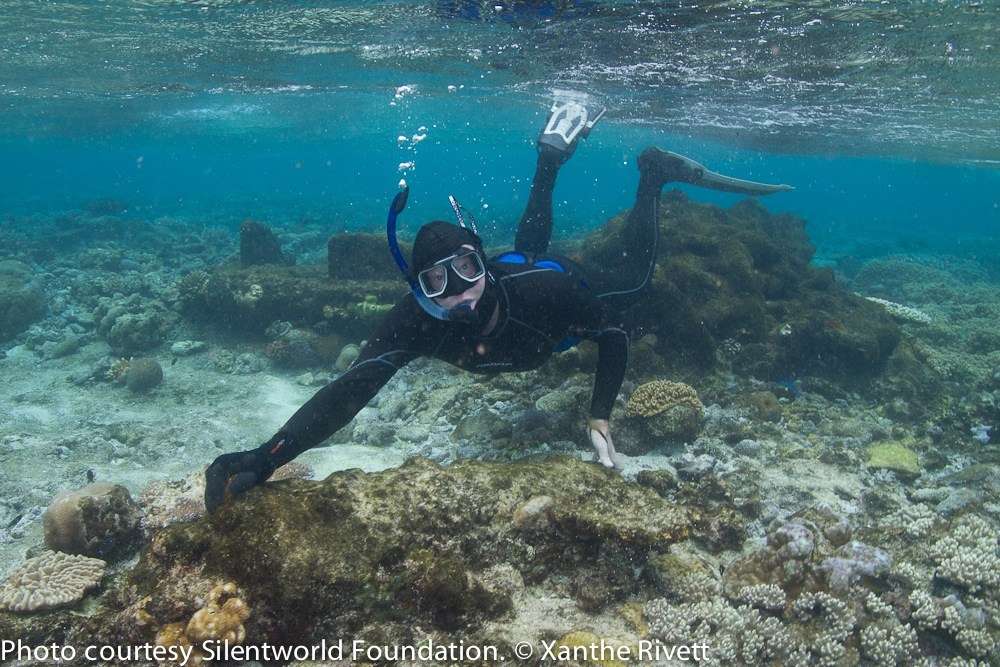 Grant shows us the cannon and anchor.

With the wind steadily increasing and the surf beginning to build on the site the team decided to return to the dive tender and report back to Silentworld II.

Just as the tender approached the back of Silentworld II a succession of severe rains squalls gusting over 40 knots struck Ferguson Reef – with the radar showing more squalls approaching Captain Michael decided to up anchor and move the vessel three miles north to a relatively safe anchorage behind the back of Mantis Reef where the team is currently waiting for better conditions before moving back to the site.