I have been a student of history for many years now, and I know the profound feeling of standing in a landscape, an ancient temple, or in front of an object that you have only ever read about. Seeking that visceral connection to a place, time or person confined to a moment in history is where museums and their objects can be so important – to bring reality to the text on the page or the unmoving photograph.

Yesterday morning I experienced something of that feeling when I had the honour of accompanying the Australian National Maritime Museum’s fleet services crew during a maintenance voyage of the historic vessel MV Krait. 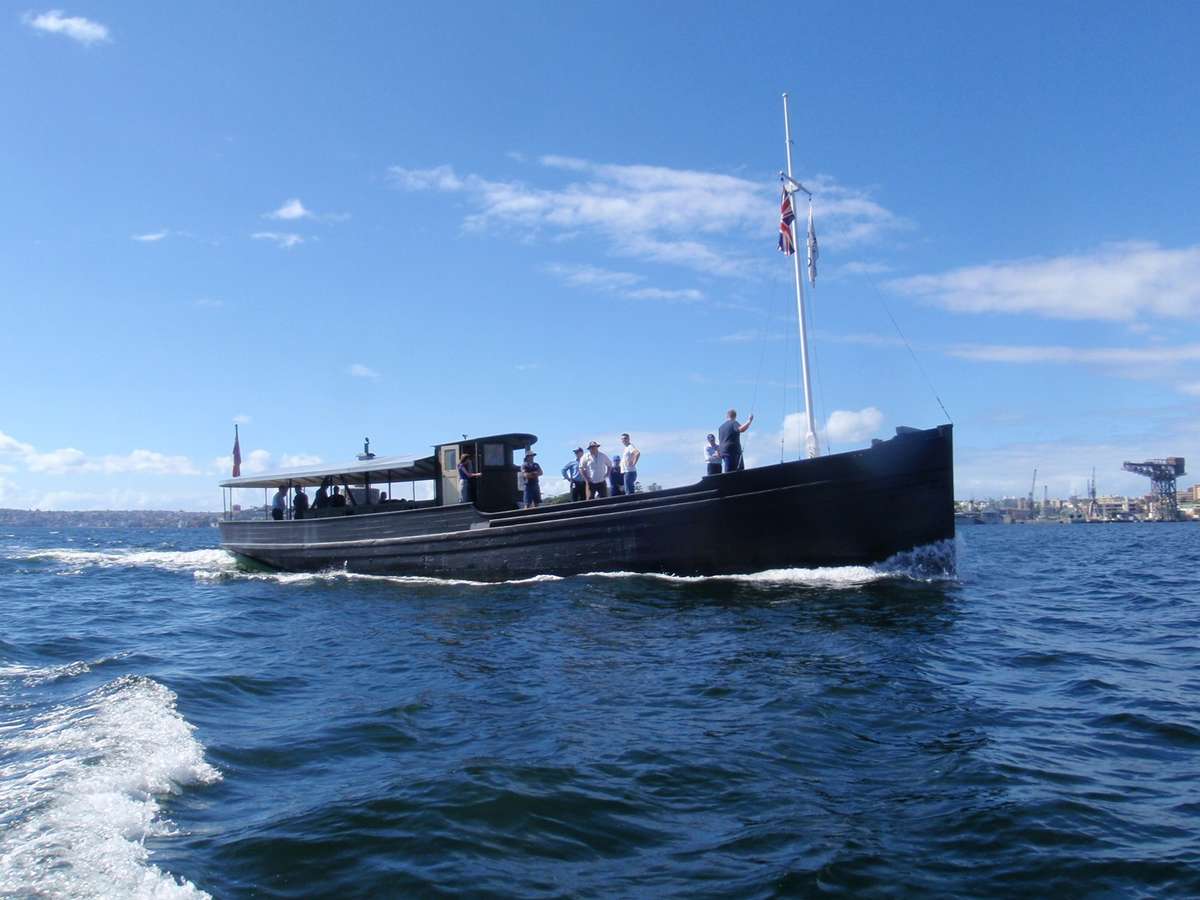 Krait’s association with Australia’s wartime history is legendary. The little Japanese fishing vessel was used by Master Mariner Bill Reynolds to evacuate around 1000 civilians from Singapore in 1942, after which it was taken over by the military to take part in a daring and highly successful wartime raid. The operation, codenamed ‘Jaywick’, was comprised of 14 men of the Z Special Unit who were led by an Englishman, Ivan Lyon. The men of Operation Jaywick sailed Krait close to Singapore before stealing into the harbour in darkness and destroying close to 40,000 tons of Japanese shipping.

After the war Krait was sold and used for commercial timber haulage in Borneo before a number of public appeals saw the vessel returned to Australia in the mid-1960s in an attempt to preserve and commemorate its historic wartime record. The difficulties surrounding Krait’s return, restoration and search for a home is documented in Lynette Ramsay Silver’s book Krait: The fishing boat that went to war.

By 1991 Krait had found a home, caretakers and an owner. In that year the Australian National Maritime Museum opened its doors to the public and among the collection items on display was Krait, belonging to the Australian War Memorial but on loan and in the care of the maritime museum and its expert staff. To this day it remains in specialist care and on display to the public at the museum’s wharves.

I previously wrote a blog on Krait’s wartime adventures and the legacy of Operation Jaywick, however my own interest goes beyond the obvious compelling appeal of this clandestine episode of Australian military history.

My paternal grandfather served in the secretive Z Special Unit during the Second World War. He died long before I was born so I look to records and stories and try to imagine his experience from the text on the page and the photograph in his army record. In regards to his activities with Z Special I know very little, and may have to resign myself to the fact that I will never know more.

From his service records I can track the dates he joined, the time he spent in Bonegilla and Cairns and the number of days he spent overseas during his service. There was a training camp for Z Specials at Cairns called ‘Z Experimental Station’ and Bonegilla is probably where he picked up his Malay language skills. I know he had a scar on his forehead that he said was the result of being hit with a sword by a Japanese soldier. After a few drinks at a reunion he would let slip small details to my father about submarine drop-offs, folboat (collapsible canoes) training (that he enjoyed immensely) and murmur of searching for POW camps in the islands of the Dutch East Indies. In 2011 my father, my aunt and I travelled to Maryborough in Queensland to attend a Z Special reunion where we held a photo of my grandfather to the gaze of remaining Z Special members in the unfulfilled hope they knew his face or his wartime story.

I know that he had trouble adjusting to life as a takeaway shop owner after the war, that he had nightmares and that my martial-arts trained dad, as a man in his early 20s, could never ever defeat him in playful combat, even when my grandfather was approaching middle-age.

I don’t know where he is buried. (The Central Coast cemetery was subject to a flood, taking with it his grave marker). So my father and I in particular, as we researched and thought and talked about grandfather’s Z Special service, focused our remembrance on the most obvious physical object available – the Krait.

Even though my grandfather did not take part in this particular raid, of all the work done by the Z Special forces during the war, Operation Jaywick is the most successful, well-known and well-documented operation of this unit. Accordingly Krait has become the unit’s most enduring and recognisable symbol. In 1964 the vessel became a dedicated memorial to the members of Z Special and continues to fulfill this role as an integral and active part of remembrance activities at the National Maritime Museum. Here at the museum Krait is at the heart of Z Special commemorative events as well as ANZAC Day and Remembrance Day ceremonies. 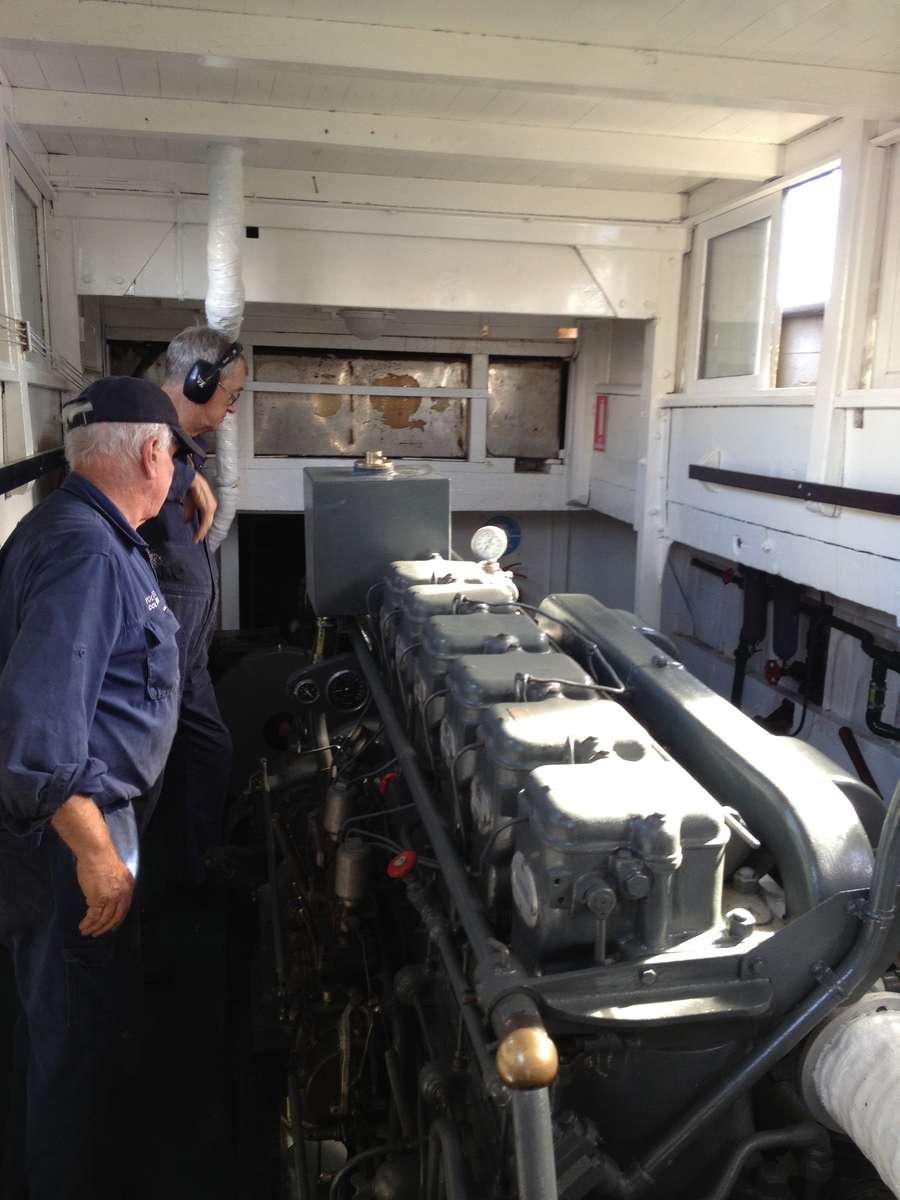 So it was with a bit of emotion that I climbed onboard Krait yesterday morning. I descended the ladder into the engine room and watched the Gardner diesel engine come to life, begin to steam and move the oil through its machinery – the very same engine that had initially caused lengthy delays in preparation for Operation Jaywick but had safely travelled the men to Singapore and back. I looked through the same windows that Ivan Lyon and his men had upon setting out on their dangerous and uncertain voyage to Singapore. I chatted to the fleet services crew who know the vessel inside out and who explained to me the simple operational mechanisms of the vessel. Giant cogs behind the wheel move gracefully to pull and shift the chains attached to the rudder. The wheelhouse is remarkably free of instruments bar a compass with a tiny gas lamp inside to provide illumination to the navigator in darkness. Fleet Manager Phil McKendrick took me to the front of the vessel where there is a plaque marking Krait’s role as a dedicated war memorial and I sat in front of it and appreciated the feel of the vessel – everything from its movement to its materials. As my father said when we talked of seeing Krait and of the service of the Z Special forces:

I can imagine him preparing to go and fight the enemy in a situation where you weren’t expected to come back alive.

But I suspect this is why people trek half way around to the world to see the Mona Lisa or sit in front of Michelangelo’s David, even though we all know what they look like, or why tens of thousands of Australians travel to Gallipoli each year to hear the notes of the Last Post played over that particular shoreline. It’s a physical connection to a time, a place, or a person that can only be felt through the senses.

You see the thing about history, the important thing & the wonderful thing, is that it is still very much connected to the living. 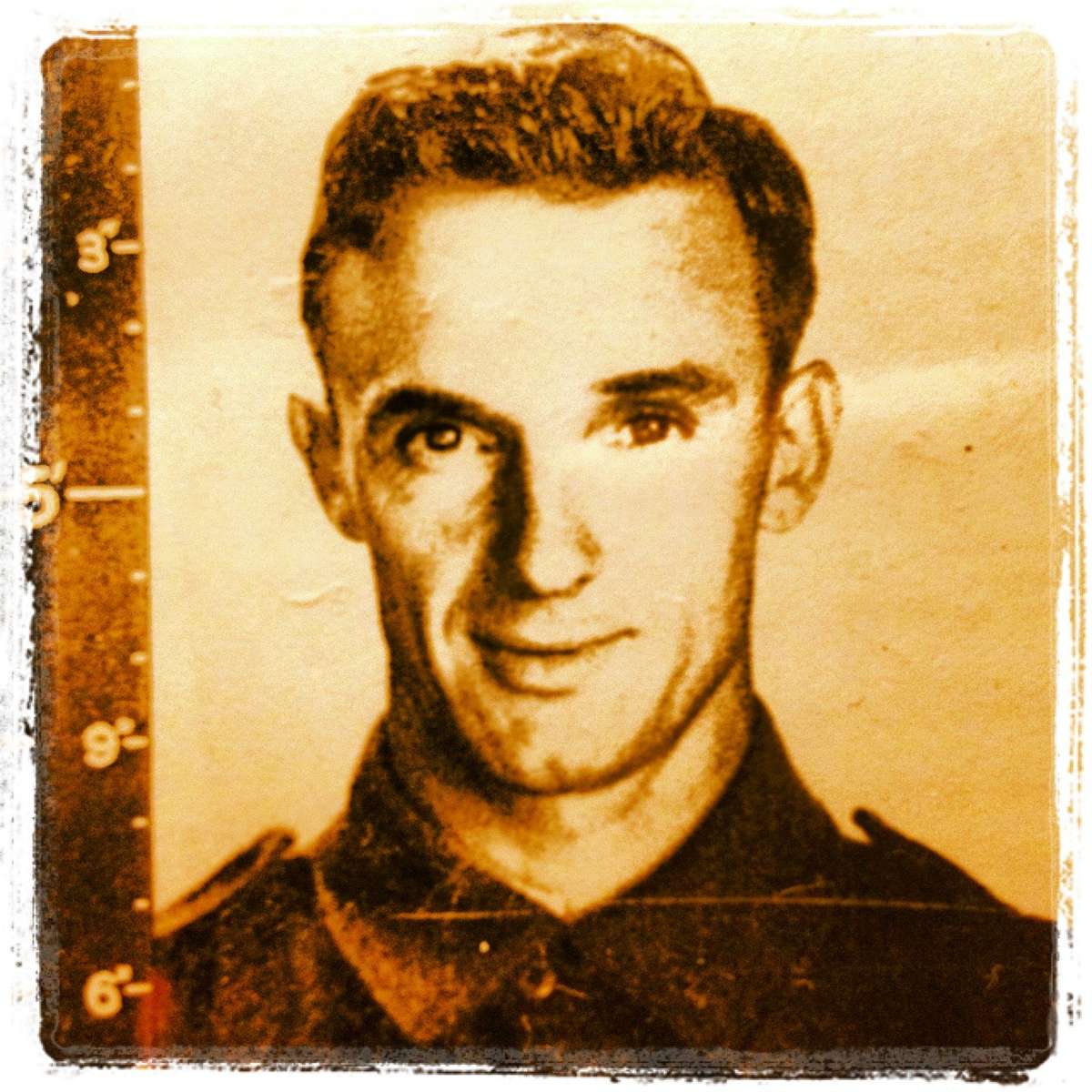 For further reading see the following sources:
The Official History of Australia in the war of 1939-1945, Vol II, Royal Australian Navy, chapter 11 – The Mission of Krait.

National Archives of Australia, The Official History of the Operations and Administration of Special Operations Australia… Operations. Series no. A3269; Control symbol O7/C.