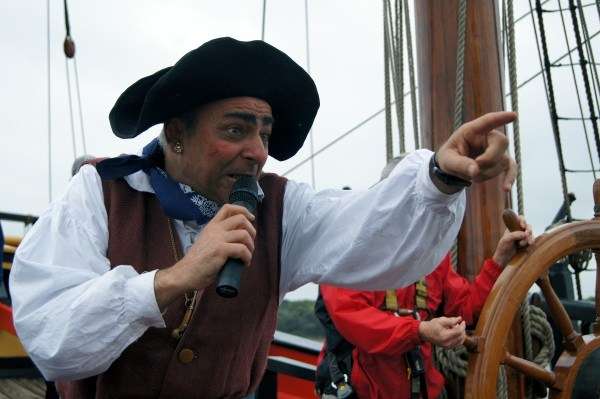 Antonio Ponto entertaining us all on board HMB Endeavour
Photographer Nicole Cama, ANMM 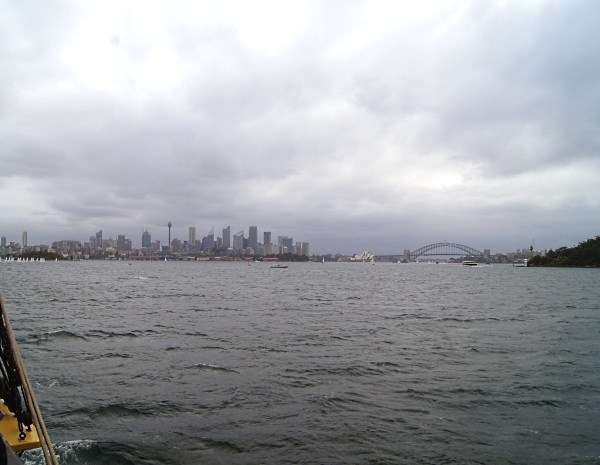 On a day-to-day basis our job is to research the collection, mainly working through the books and records that supply the stories of our objects and exhibitions. Uniquely at the museum, a large part of the collection sits in the water right outside our office window in the wharves. On Saturday, museum staff were treated to an afternoon harbour outing on board the replica HMB Endeavour. Even the miserable weather couldn’t dampen our spirits as we departed the North Wharf, canon firing (in the direction of an unsuspecting Sydney ferry) and winds blowing with a touch of rain. Somehow, these conditions added to the experience, giving us only the slightest hint of what things may have been like on board without Sydney’s renowned sunny weather. 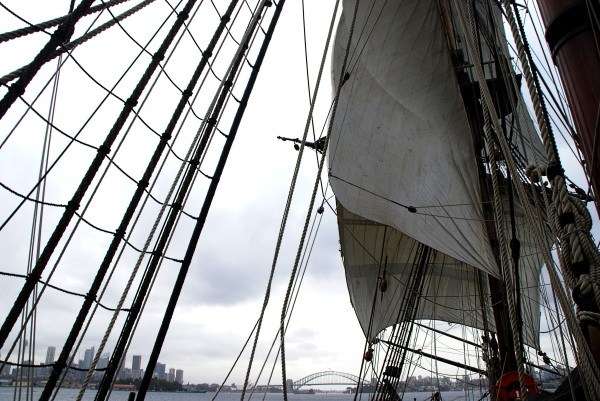 Antonio Ponto made an appearance, entertaining children and adults alike, even demonstrating how flogging would have been carried out on board. One memorable moment came when we passed under the Sydney Harbour Bridge, giving us all the illusion that we weren’t going to make it through. We were reassured by Captain Ross Mattson, however, that we had more than enough clearance. 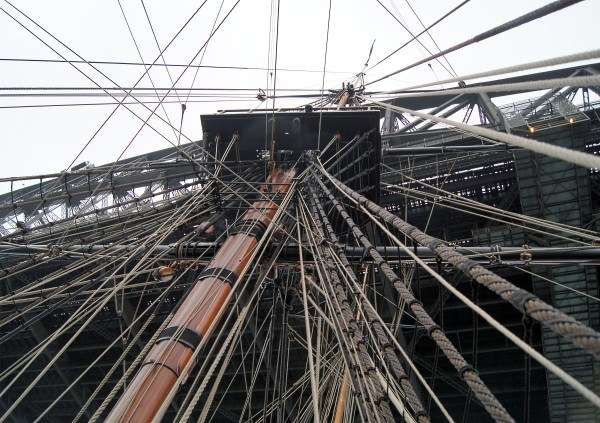 It wasn’t until we took a tour of the lower decks, that we realised the amount of work and attention to detail that has gone into recreating one of the most important vessels in Australian history. The ship itself is a floating museum. Built as close as possible to original specifications, Endeavour contains the level of detail that enables visitors to be transported back to the 18th century and experience what life was like for the crew. The surgeon’s cabin, cramped as it is, contains a fascinating array of tiny jars and tools, and on deck is (Penny’s 8 year old nephew’s favourite) a wooden platform with a hole – what must have been (depending on the weather) the best and worst toilet in history. Experienced volunteers guided us in groups, telling stories and patiently answering questions among the atmospheric creaking and gentle rocking of the vessel. The discreet lower deck, hidden well below in the section that would have originally contained ballast and stores, contains the vessel’s 20th century equipment and accommodation. 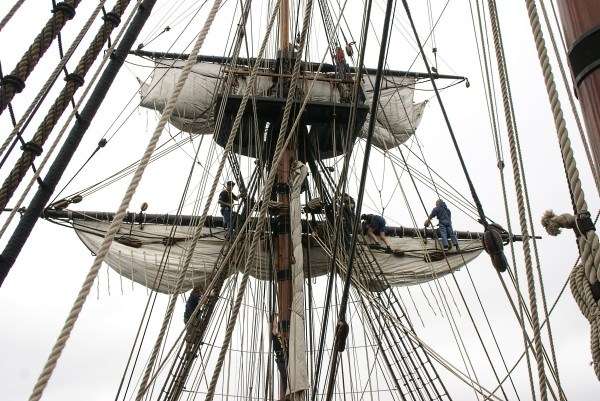 It was an afternoon of public flagellation, sausage rolls, pirates and a visit from some friendly harbour creatures. Watching the crew nimbly climb the sails, work the thousands of ropes and effectively manoeuvre the enormous sails, it is impossible not to appreciate the effort involved in getting this craft from one side of the globe to the other – whether in the 1700s or today this is an amazing feat. 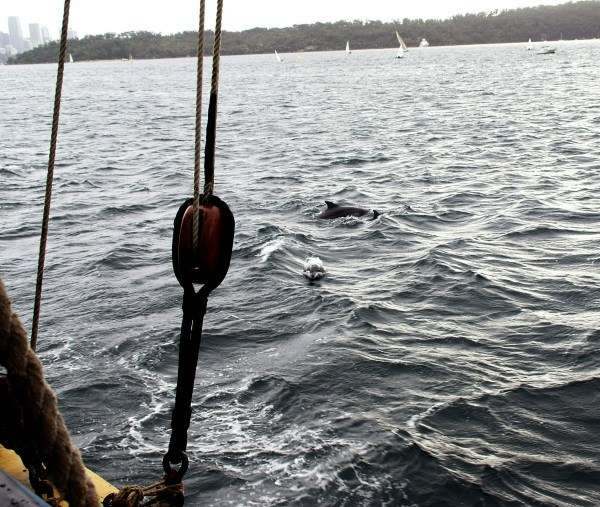 We thought this experience was quite special and would like to thank the Endeavour crew and volunteers who made Saturday possible. This weekend will feature more classic vessels. Come and see a range of boats, a purple octopus named Henry and a live performance by Clare Bowditch all in the one place at the Classic and Wooden Boat Festival.

NOTE: No dolphins, children or adults were harmed in the duration of the voyage.