Hey, it’s Oli here again to tell you about another one of my tasks as an intern here at the museum: research!!

Early next year (2013), the museum plans on making a trip to the tip of Northern Queensland in the hope of investigating, surveying, and possibly excavating some endangered artefacts from the reef-riddled waters surrounding the infamous Raine Island. Perhaps the word ‘infamous’ is a little strong these days, but if there is one thing this research has taught me, it’s that Raine Island was absolutely treacherous for sailors during the 19th century, with around 40 known shipwrecks in the area immediately surrounding the island (one article I found stated that there had been 51 wrecks in the area in 1854 alone). 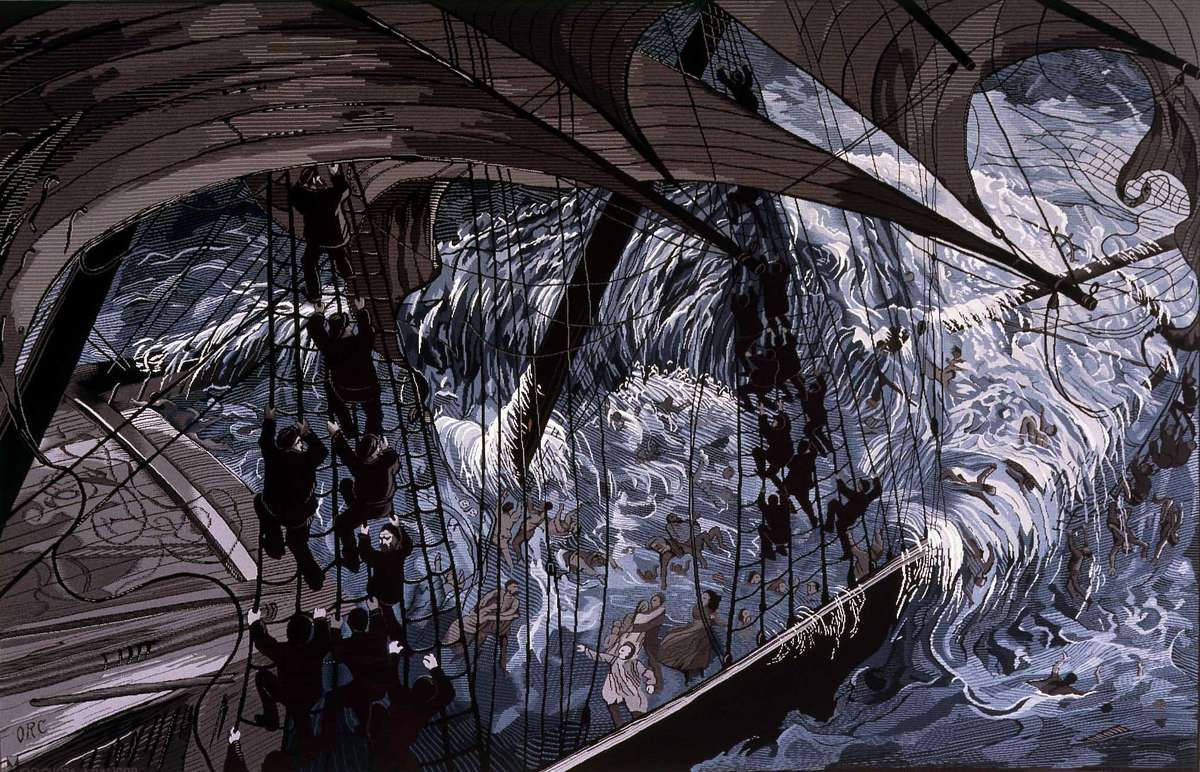 From the late 1700s onwards, Raine Island represented an opening in the Great Barrier Reef, and the start of the passage through Torres Strait for ships attempting to voyage from the East coast of Australia to Asia, India, and Europe. Once past the island, ships could enjoy the protection of the reef, and relatively calm waters safe from the furious surf of the Pacific Ocean. However, before ships could take advantage of this calm, they had to navigate waters riddled with small and large reefs, and if a crew failed to properly identify a certain landmark, or else allowed themselves to deviate slightly from the established path, they were almost guaranteed to spend the rest of their voyage in a lifeboat (if they were lucky).

Alongside attempting to discover various facts about the ships’ destination and cargo, I am looking for accounts of the actual wrecking events in the newspapers of the period. This has exposed me to some amazing stories of death and survival, the like of which I would not otherwise have imagined were possible in the Australian context.

One of the most morbidly interesting is the story of the Charles Eaton, which was a barque out of Sydney bound for Singapore with around 40 people on board. On 15 August 1834, the barque mounted a reef and stuck fast under the heavy surf of the Pacific Ocean. Five members of the crew, including the ship’s carpenter and boatswain, immediately abandoned ship on the only boat that was still usable, but the others refused to join them because it seemed utterly hopeless for the little boat to get away. The five managed to survive and navigated their way right across the top of Australia to Timor where they were immediately robbed, and were almost murdered, but for the kindness of an elderly man, who nevertheless held them captive for over a year.

The rest of the crew on board the Charles Eaton set about making a raft from the components of the ship (after the storm had subsided) and finally succeeded in making a vessel large enough to carry around 10 people including three young boys: George and Willy D’Oyley, and William Sexton. The raft was set adrift, and the crew paddled for some days before meeting a man in a canoe, who invited them onto a nearby island, where he promised them turtle meat. Upon landing, the group were attacked by a large number of men, who decapitated all of them, except for the three boys, who were to be assimilated into the community (George D’Oyley and William Sexton were, however, beaten to death around two months later). Meanwhile, the rest of the crew still aboard the Charles Eaton had constructed another raft which would be capable of holding them all. This final vessel was cast off, and paddled around for a full week before also landing on an island at the direction of a man in a canoe. As the crew collapsed, exhausted upon the sand, they were attacked and butchered, and all were decapitated save another young boy who was also subsequently adopted into the community (the very same people who dealt likewise with the other raft). 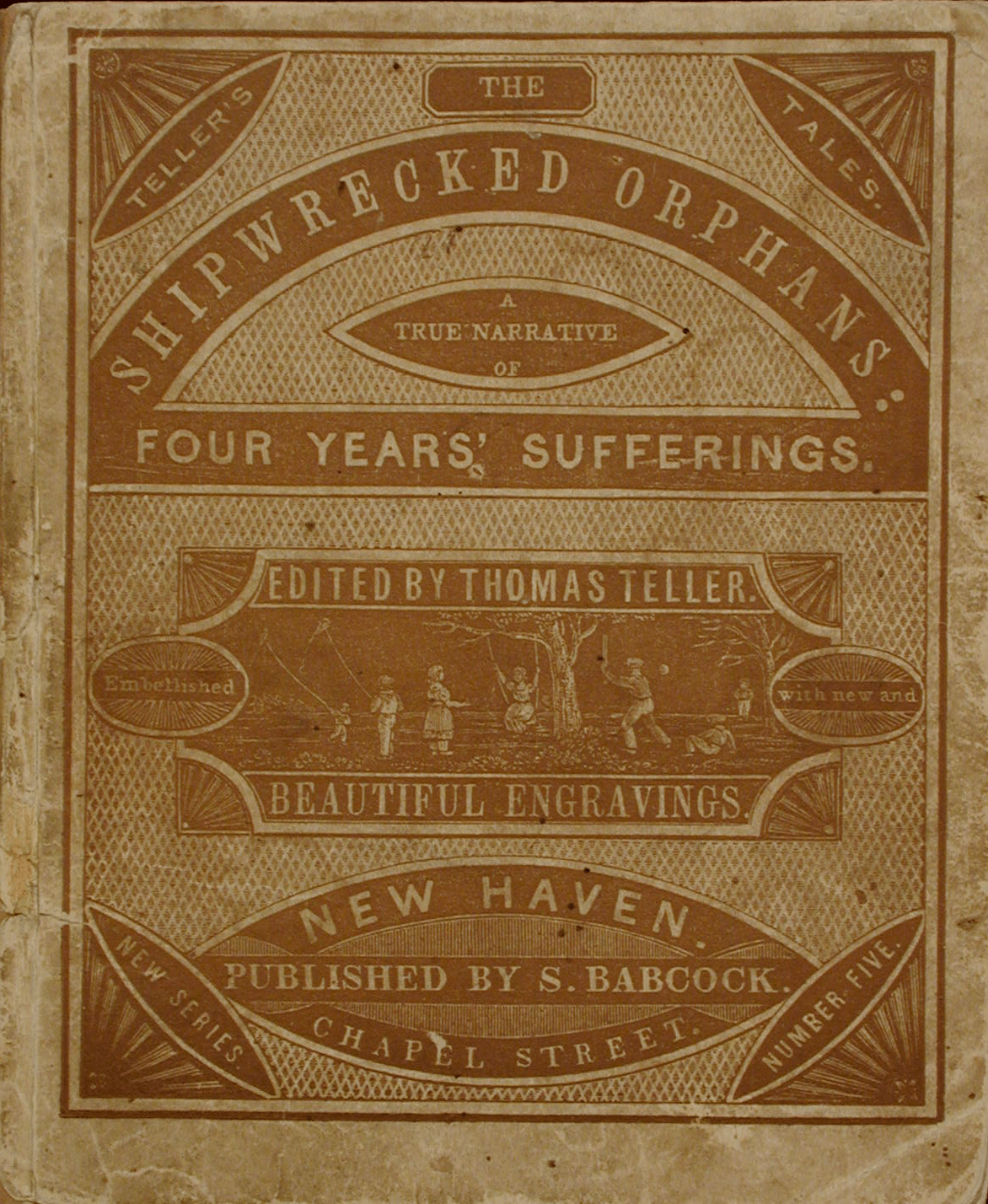 The cover of a book in the museum’s collection, which is a narritive written by William Sexton some time after the shipwreck ordeal. It tells of his adventure, and some fond memories of his time on the island.

The fate of the Charles Eaton was an utter mystery for many months, before the five remaining crew managed to escape from their captivity in Timor, and sail to Batavia to alert authorities to the wreck. At this point, a rescue ship was sent out, but failed to discover the whereabouts of the survivors until the captain of another vessel reported sighting a white child in an indigenous family. The rescue vessel located them, along with a number of skulls identified as belonging to the crew of the Charles Eaton. The two boys were taken back to Europe, and provided witness to the whole event some two years after it had occurred (despite now having a slightly limited grasp on the English language).

Another interesting (and somewhat shorter) story was that of the Norna, which left for Hong Kong from Newcastle in 1861 under a cloud of controversy surrounding the murderous behaviour of the previous captain. The Norna was wrecked on a reef described merely as being 14 miles away from the wreck of the Constant. The ship and crew had been missing for some time before a search was sent out in the form of the Sphinx, which started searching islands around the Coral Sea, and managed to find a note in a glass bottle buried on a tropical island under a tree with a plaque reading “NORNA”. The note was written by the Second Officer of the Norna, and described the wreck event, and the subsequent months of being marooned on the island. The captain and his family had left after a week on the island, never to be heard of again. The rest of the crew intended to make for the ‘Pellew Islands’ in the remaining boat, but were not found there by the rescue vessel.

These accounts, and others like them, provide an amazing insight into the extraordinary stories emanating from Australia’s maritime history, and the fact that many of these vessels are yet to be properly investigated (let alone discovered) convince me that the maritime archaeologists here at the museum have some of the most remarkable jobs in Australia!

View all posts by ANMM Guest→
Posted in: From the collection , Maritime Archaeology
↑