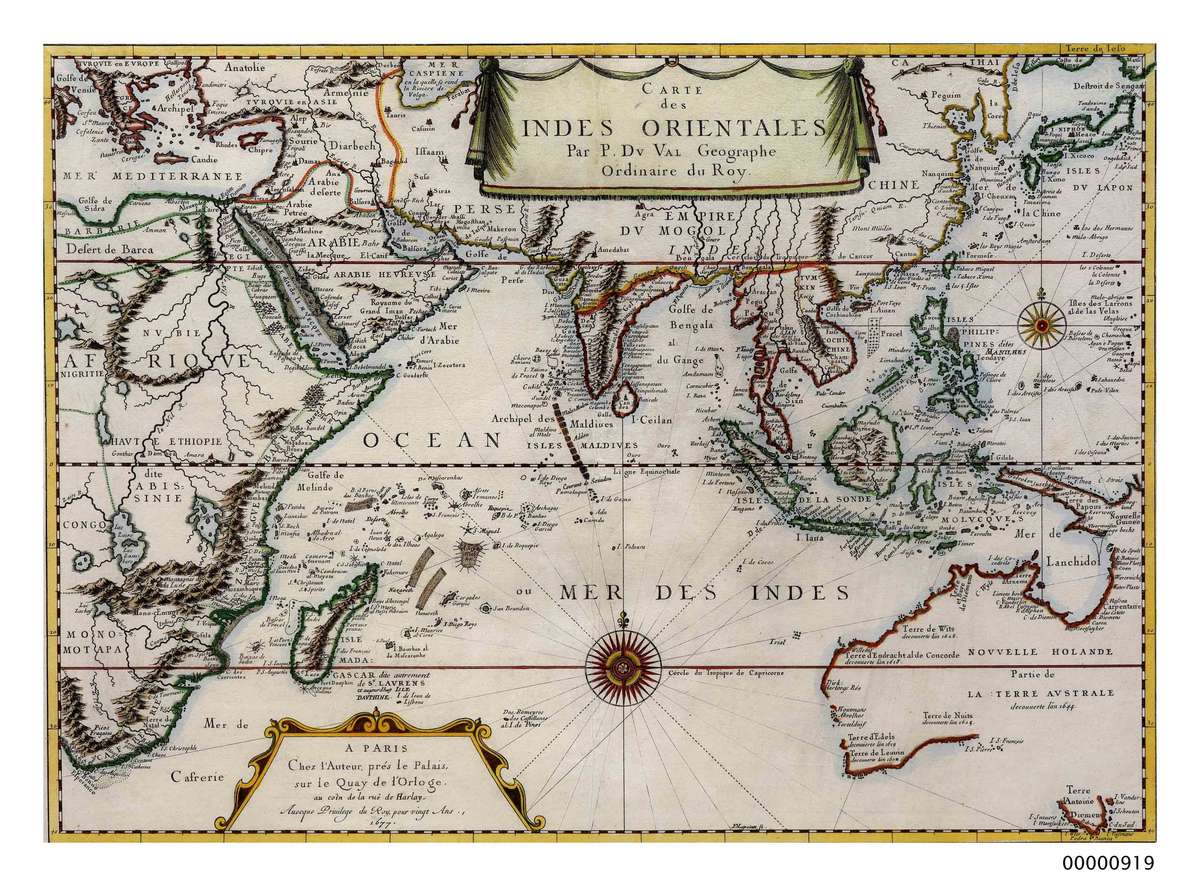 Maps are fantastic storytellers. At first glance they provide a collection of scientific data, information to be read like a coded book, a tool for guidance. However as they evolve into historical items and beyond their practical use, maps offer additional and unique dimensions to historical narratives.

Before coming to the Australian National Maritime Museum I worked in the Research Centre at the Australian War Memorial and came across many WW1 military trench maps. The inter-connectedness of these maps with operational records opened up the literal records to a more visual history – where was that cemetery, now destroyed but briefly mentioned by coordinates within the records? How much could a landscape change in a day or a frontline move in the space of a week? On the Western Front landmarks such as buildings, mounds and vegetation could be gone in an instant however within the maps their existence was preserved. Complicated tracks of trenches, supply lines and barbed wire changed day by day but the successive publication of maps created a chronological record of fine historical detail. At the time these maps provided guidance and geography to a land devoid of features, but in time became an integral piece of the historical narrative.

In our understanding of the European discovery of Australia, maps of the coastline of this country allow us to track the evolution of knowledge, but also provide an insight into the mentality of early cartographers as theories of Australia developed from an imagined landmass to a recorded continent. 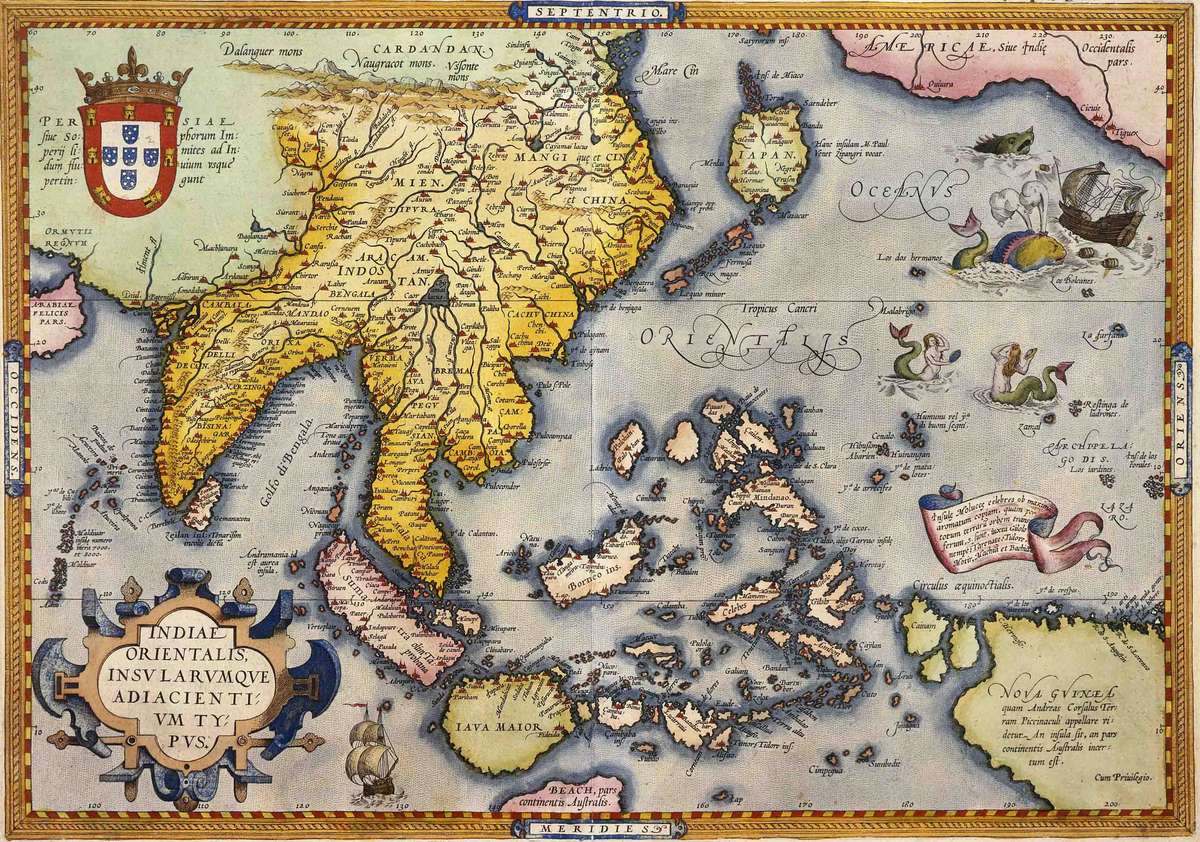 The earliest European maps of this area evoke an almost mythical Pangaea-type landmass and southern coastlines are often left blank and undrawn – at the edge of the world. One of the earliest maps in the collection (shown right) is dated to around 1590 and created by the Flemish cartographer Abraham Ortelius. This map shows a landmass below Java tantalising titled ‘BEACH, pars continentis Australis’.

In the map shown at the top, dated 1677 and created by a French cartographer, ‘New Holland’ is attached to New Guinea with the south coast merely a broken questioning line. Houtman Abrolhos is one feature that most definitely appears on this map; seen as part of the dotted coastline of WA, this is the danger spot where the Dutch ship BATAVIA had been wrecked years earlier in 1629. 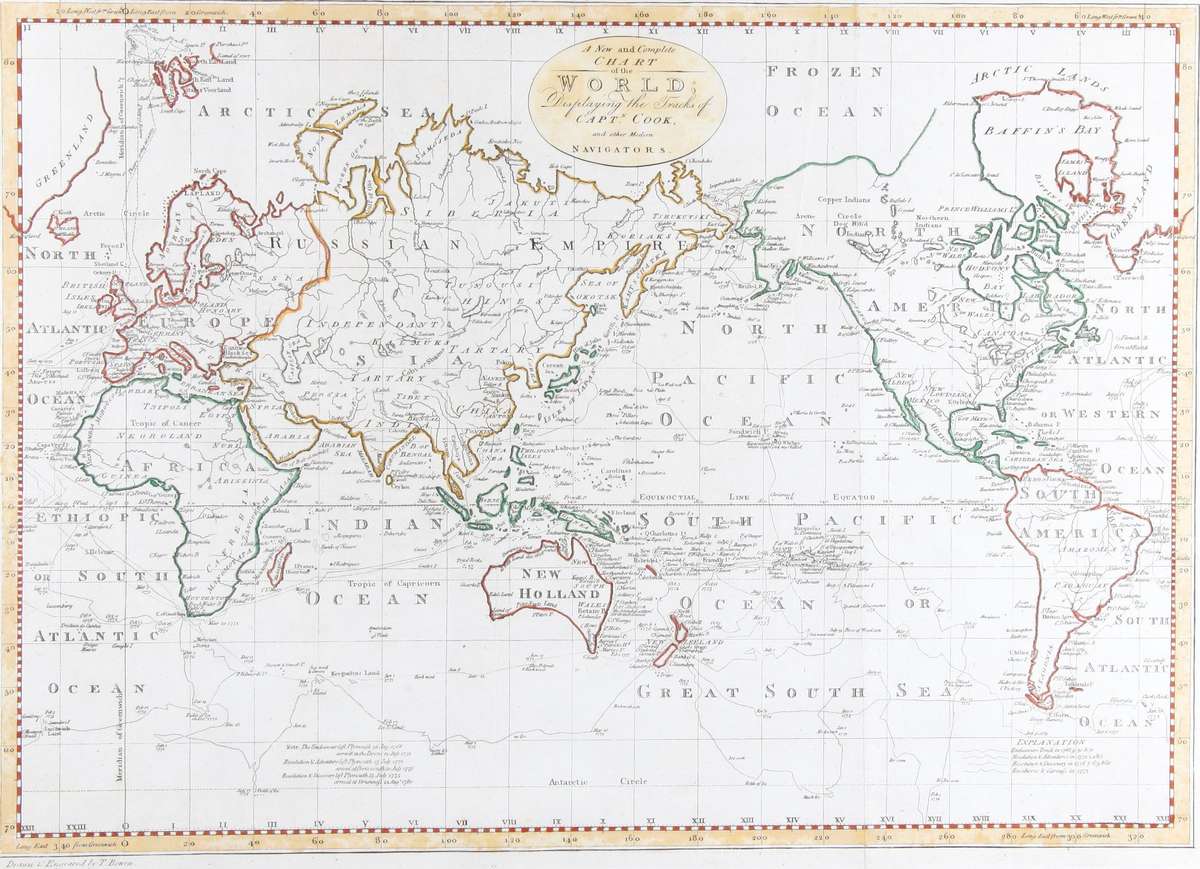 The English map shown to the right depicts the known world over one hundred years later in 1784. Australia is taking form and the teardrop shape at the base incorporates Tasmania, believed to be connected to the southern coast. The world was opening up and trails of explorers cross the map.

Jump forward to 1841 and this map of Australia (below) compiled by John Wyld, Geographer to the Queen, shows the coastline of Australia now depicted in great detail. Circumnavigation of Australia had been achieved in 1803 however 40 years later the great unknown land still harboured mysteries. The geography of the coast is comprehensive but still – almost the entire centre of the country is blank white space. The coastline now mapped, Australia’s inner landscape was to be the next great challenge.

These maps tell a story of when Australia was still an unknown, unseen mystery in European eyes. They give shape and colour to early European theories and explorations of the southern land, complementing literary sources with valuable data and a beautiful visual form. 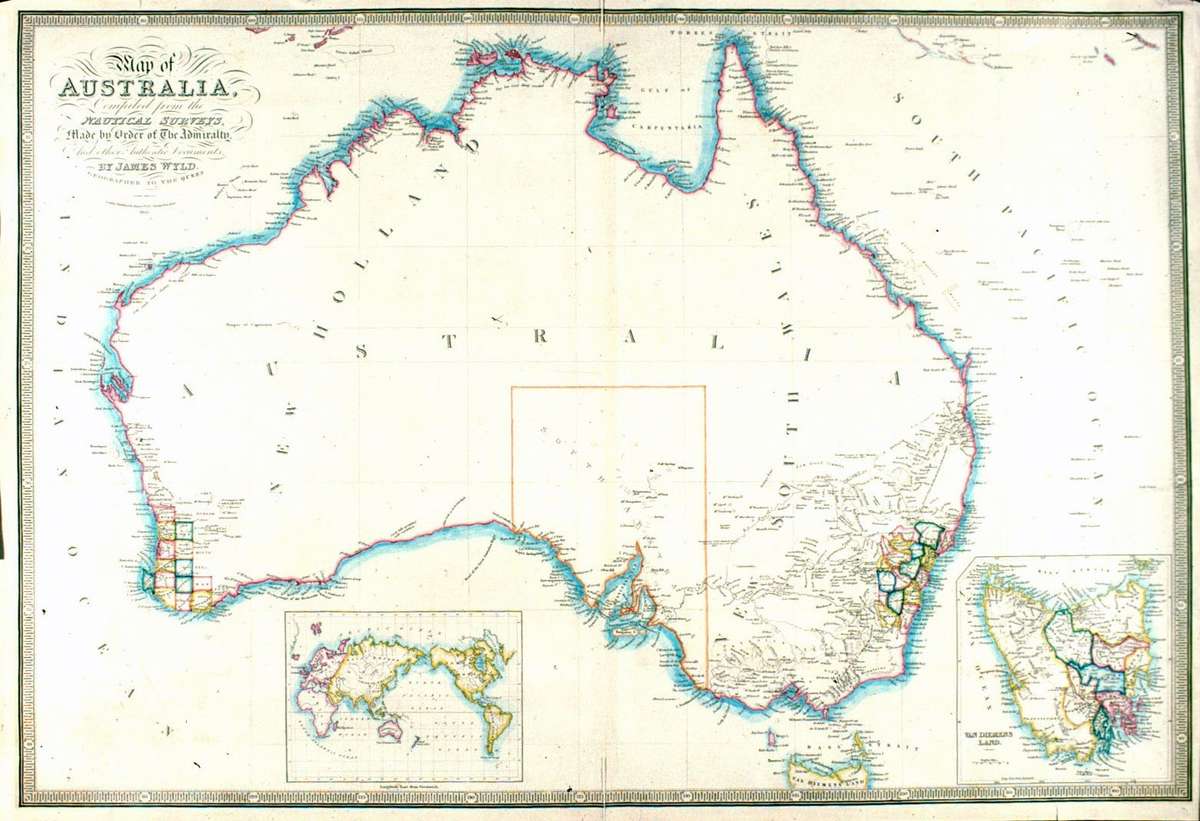