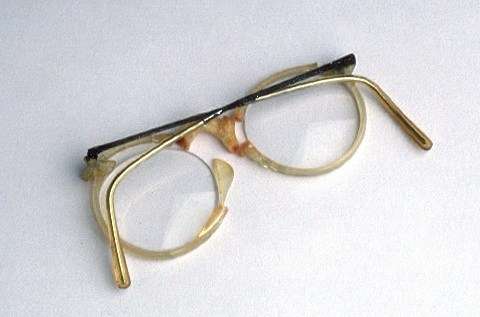 An Estonian woman remembers what it was like being 13. In 1991, Mall Juske described what she saw 42 years earlier on board SS Cyrenia, rolling into the harbour at Fremantle. It was a bright and sunny Sunday as she ‘took a stroll in the town’. She saw a wedding celebration at a church and recalled ‘all those fruits’, milk bars and shops full of handbags. All this must have stood in stark contrast to the young girl and her family’s previous experiences and four-year wait to come to Australia.

Between 1947 and 1953, more than 170,000 European displaced people were settled in Australia through the Displaced Persons’ Resettlement Scheme. Mall was nine years old when she left Estonia with her family in 1945 to a displaced persons camp in Germany. Her parents had heard about Australia from a family friend, who had migrated there in the 1930s. While both Malls’ parents had passed the selection process, which included a fitness test, Mall was told that she would need prescription glasses. These spectacles were issued by the International Refugee Organisation (IRO) in 1948.

The family then travelled from Germany, through Switzerland and on to Italy, before boarding the passenger liner Cyrenia at Genoa. Amongst her family’s precious possessions was a brooch, a cigarette case, handed down three generations to her father, a handkerchief and a traditional Estonian skirt, made by her mother.

These spectacles, along with the handkerchief and brooch, are humble symbols of the importance of individual possessions. These were intensely personal items, each carrying its own value and significance to their owner. They were the last tangible connection to a life untouched by war and devastation.

In 1991, Mall mentioned that these tiny glasses held ‘sentimental’ value to her and represented the single thing that safeguarded her entry to Australia.

Today, the museum’s exhibition Escape from Vietnam opens to mark Refugee Week, which officially begins on 17 June 2012. Photographs from the Archive of Vietnamese Boat People will be on display to honour the more than one million refugees who fled Vietnam after 1975. It is estimated that half a million Vietnamese refugees died in the pursuit of freedom.

The museum is researching Vietnamese migration stories, so if you have a story to share please contact curator Kim Tao on ktao@anmm.gov.au.