Boorun was a pelican, the first of the Gunnai/Kurnai people who came to Gippsland. When Boorun first travelled to the area, he carried with him a bark canoe. As he walked, Boorun heard a tapping sound coming from his canoe. At the deep water inlets, Boorun stopped and turning over his canoe he discovered, much to his surprise, that there was a woman in it. She was Tuk, the musk duck and she became his wife and mother of the Gunnai/Kurnai people. 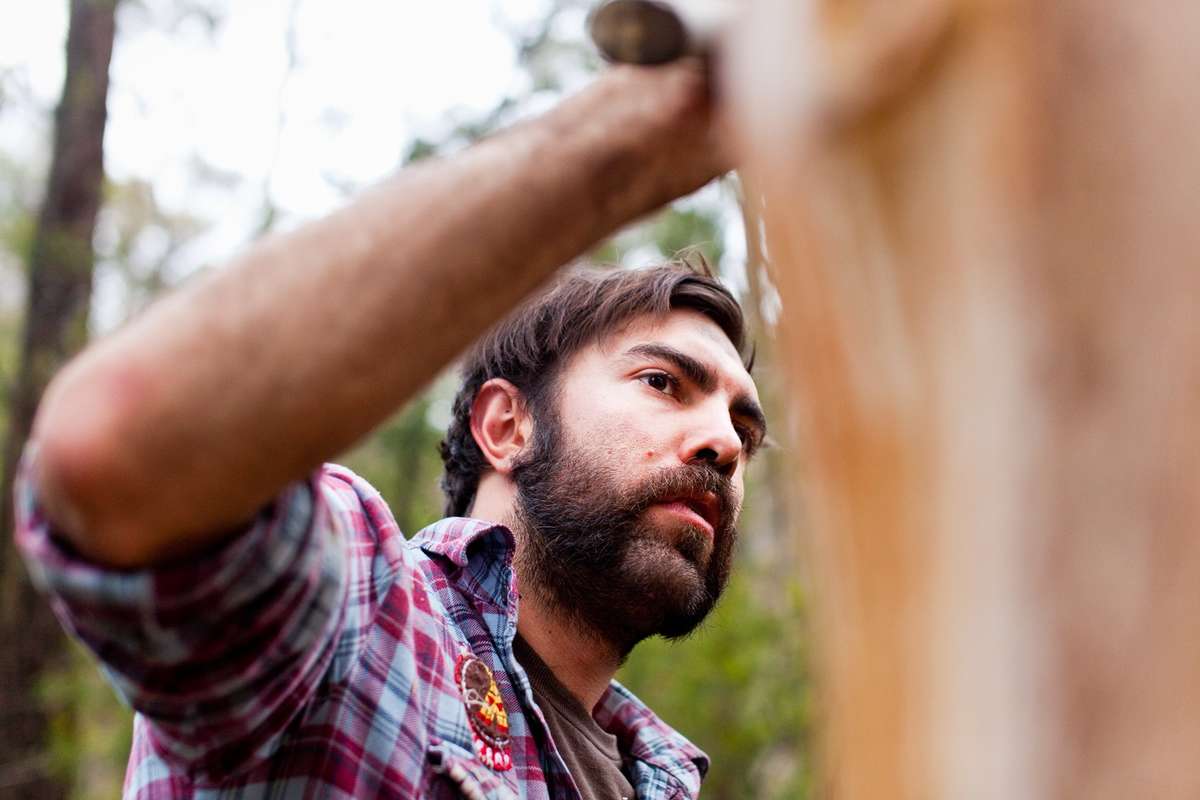 The project tells the story of Gunai/Kurnai elder Uncle Albert Mullet as he teaches his grandson Steaphan Paton and other young men in his family how to build a traditional bark canoe. The project captures the canoe’s creation through to its successful floating by Steaphan and his family, and in doing so highlights the importance of transferring intergenerational knowledge and the preservation of cultural traditions and pride.

Boorun the Pelican, our Gunai ancestor, came to Gippsland carrying a bark canoe on his head. Canoes are part of our story of who we are and where we come from. I want to respect my ancestors by continuing the tradition of canoe-making and safeguard it for future generations.  Aboriginal Artist Steaphan Paton.

Steaphan Paton, Uncle Albert Mullet and Cameron Cope will be among the speakers presenting at the conference Nawi : Exploring Australia’s Indigenous Watercraft which begins at the Australian National Maritime Museum during Reconciliation Week and runs from 30 May to 1 June. The conference will look at First Australians’ long and continued connections with watercraft. Some highlights will be artist talks and hands-on canoe making workshops.

The conference commences on Wednesday evening when a number of bark canoes from around the country, lit by traditional fires, will make their way from the museum’s wharves into Darling Harbour. You can still register to come along and participate in this conference, and hear the full story of Boorun’s Canoe.

View all posts by Nicole and Penny→
Posted in: Indigenous
↑