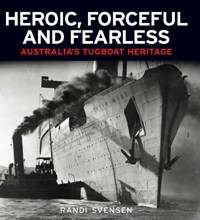 A new book jointly published by the museum and Citrus Press and launched here last week adds a new chapter to Australian maritime history by telling the story of those unsung but determined little workers of the waterfront – the tugboats.

We all remember it whenever a ship becomes front page news – whether it’s the visit of a gigantic new cruise ship like the Queen Mary II or a disaster like the grounding of the cargo ship Pasha Bulker off Newcastle in a winter storm a few years ago. They might become household names – but who ever knows the name of the tugboats that attend them, guiding them safely into port or towing them to safety?

Randi Svensen’s new book, Heroic, Forceful and Fearless is a history of tugboat men and their powerful and sturdy vessels. It’s a story of bravery, ingenuity and even a touch of skulduggery in the days when tugboats and their crews raced each other to puck up a tow.

Tugboats and their crews are often the unseen, unnoticed heroes of our waters. They are the Davids nudging Goliaths as they pull and push leviathan tankers and majestic cruise ships, many times their size, safely along narrow channels to harbour berths. The advent of tugboats changed forever the reliability of commerce between Australia and the rest of the world. And, as they pushed their heavily laden barges, they also opened up trade on our inland rivers.

Svensen relates a fascinating history of tugboats in Australia from the early paddlewheelers that took over from rowboats that man-hauled becalmed sailing ships up the harbours and into ports — right through to the powerful, multi-directional azimuthing propeller-driven tugs of the present day. 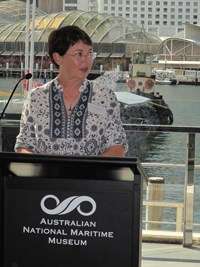 The author has written their history through the stories of the great characters who owned the tugs or skippered and crewed them. It’s a story full of make-do Australian ingenuity when things didn’t quite go according to plan, as well as unparalleled seamanship and bravery in weathers that would wreck much larger ships.

It is the stories of cheeky ‘kisses’ on a Queen’s hull, and convenient collusions, but also of rivalry so intense there was more than a touch of skulduggery afoot. There are tales of  having to man the aptly named ‘dog boats’ to pick up floating carcasses, as well as idle hours spent fishing, away from the boss’s gaze.

There were river tugs and barges stranded for months by receding waters miles inland during drought, and men (and sheep) pitched overboard on stormy shorelines. And from those surprising ‘little tugs that could’ there are untold and unheralded wartime exploits by tugboats and crews far from home, as well as far too close to home.

The names of so many tugboats hint at tales waiting to be told, but perhaps none better reflect the character of the industry — both the people and the tugboats themselves — than the tugs Heroic, Forceful and Fearless.

This is the first-ever history of the tugboat and towage industry in Australia, produced as a handsome, well-illustrated hardcover in an accessible, anecdotal style that will give it a wider appeal beyond the specialist market for an industrial history. It’s a history that needed to be told while some of the industry’s characters are still around to tell the tales. The striking cover image is drawn from the museum’s Samuel Hood collection, with numerous other collection images appearing prominently. Publication has been underwritten by towing industry representatives Chris Stannard of Stannard Marine, PB Towage and Svitzer, while the author, maritime historian Randi Svensen, has maintained complete editorial independence.

This work continues the museum’s publishing association with Svensen whose family history Wooden Boats Iron Men – the Halvorsen story was co-published by the museum and Halstead Press in 2005, and is in its third printing. 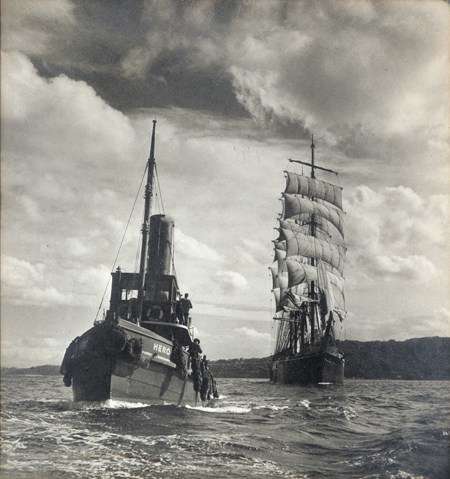 Heroic, Forceful and Fearless: Australia’s tugboat heritage is available from booksellers nationwide and the museum’s retail outlet The Store who can be contacted by phone +61 2 9298 3675 or thestore@anmm.gov.au.