We’ve been getting a little romantic here at the museum and have created a Lovers’ Trail through our permanent exhibitions. We hope you enjoy our selections and also have a lovely Valentine’s Day. 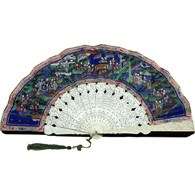 This ivory and paper fan was made in Canton, China, for distribution through the China Trade between China, the United States and Australia during the 1800s. It highlights the popular fashion of the day for women in the developing colony, and the influence of oriental culture on western style in general.  Both sides are brightly painted with scenes of figures carrying fans in an oriental landscape. The ivory sticks and guards feature carvings of figures, pagodas, and lotus blossoms. This fan has an accompanying lacquer box for storage. 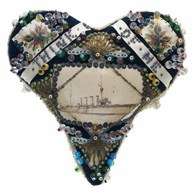 Think of me – a sailor’s heart

This heart-shaped pin cushion with the words ‘Think of me’ formed in pins, was a favourite theme of sailors in the British Royal Navy in the 19th century. Keepsakes such as these were handmade by the sailors as love tokens for wives and girlfriends at home. Decorated with glass beads and a postcard photograph of HMAS Sydney (I), this pin cushion was probably made by a sailor of the ship shortly after its commissioning in 1913. Many Royal Navy sailors transferred into the new Australian fleet, bringing their traditions with them. 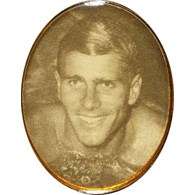 The 1956 summer Olympic Games held in Melbourne, Australia were beamed around the country through the brand new medium of television. Spectators flocked to shop windows to watch the Adonis-like swimmers in action. Freestyle swimmer Murray Rose won three gold medals (400 and 1,500 metre events and the 4×200 metre relay) and immediately became a national hero. At the 1960 Olympic Games in Rome, Rose won the 400 metre gold medal and took the silver in the 1,500 metres. The gold went to fellow Australian, Latvian-born John Konrads, a rising star and poster boy for Australia’s post-war immigration policy. Both young men guest starred on television panel shows. Rose also appeared in movie Ride the Wild Surf. 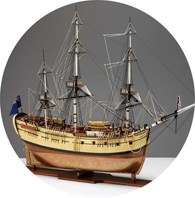 Oceans apart – the love story of Ann and Matthew Flinders

Matthew Flinders was a great British navigator, responsible for much of the charting of Australia. He married Ann Chappelle in 1801 – but for nine years their relationship was carried out by letter as he firstly circumnavigated Australia and was then imprisoned on the French island of Mauritius in the Indian Ocean. What was supposed to be three years of separation turned into an eternity. Returning to England in 1810 they spent a few short years together until he died in 1814. Ann outlived Matthew by 38 years, never remarrying. His letters to her are full of passion, love and loneliness. 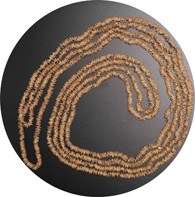 Family love – from mother to daughter

The stringing of shell necklaces has been an occupation for the Indigenous women of the Furneaux Islands group off north-east Tasmania since the 1930s and is now undergoing a revival. Traditionally, these beautiful shell necklaces had ceremonial and cultural significance and, while this significance remains, Indigenous women now make them for a number of other reasons, including rites of passage gifts, cultural and personal heirlooms, as souvenirs, and as wonderful works of art. The time when the necklaces are being made is a time when history, language and song are shared and passed to younger generations. 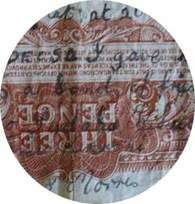 Sadako Kikuchi met Australian army officer John Morris when he was serving in Japan after World War II. They fell in love but were forbidden from officially marrying. Instead Sadako and John exchanged bank notes as tokens of their commitment.

In 1952 the Australian Government lifted the marriage ban and Sadako and John were married in a church wedding. Sadako was one of more than 600 Japanese war brides who migrated to Australia after World War II. They were the first group of non-Europeans permitted under the White Australia Policy. 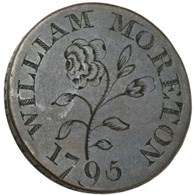 For the majority of convicts sent to Australia, transportation meant lifelong separation from family and friends. To ease this pain many produced tokens as gifts, a practice that continued throughout the entire period of British transportation from 1788 to 1868. By engraving copper coins, they could write of their sorrow using rhyming couplets, by engraving images of themselves in chains, by engraving signs of their life (houses, bottles, flowers, hearts, arrows, anchors) or by engraving their names or initials alongside those of their loved ones. These tokens, also known as ‘leaden hearts’ were then left behind as mementoes. 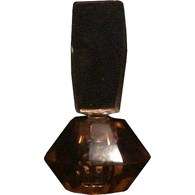 Perfume, the scent of love, used to include a thick, black, foul-smelling liquid produced in the digestive system of sperm whales. After this substance – called ambergris – was regurgitated or secreted by a whale it would harden into a waxy form that gave a pleasant, earthy aroma. It was then used as a fixative, making the scent of a perfume last longer.

It may be surprising that such a thing as whale vomit once graced feminine wrists and necks and that many whales died in the creation of love potions.

The self-guided tour is available to download on our website. Print or save to your mobile and bring to the museum when you next visit.