Object of the Week: Figurine of Captain James Cook 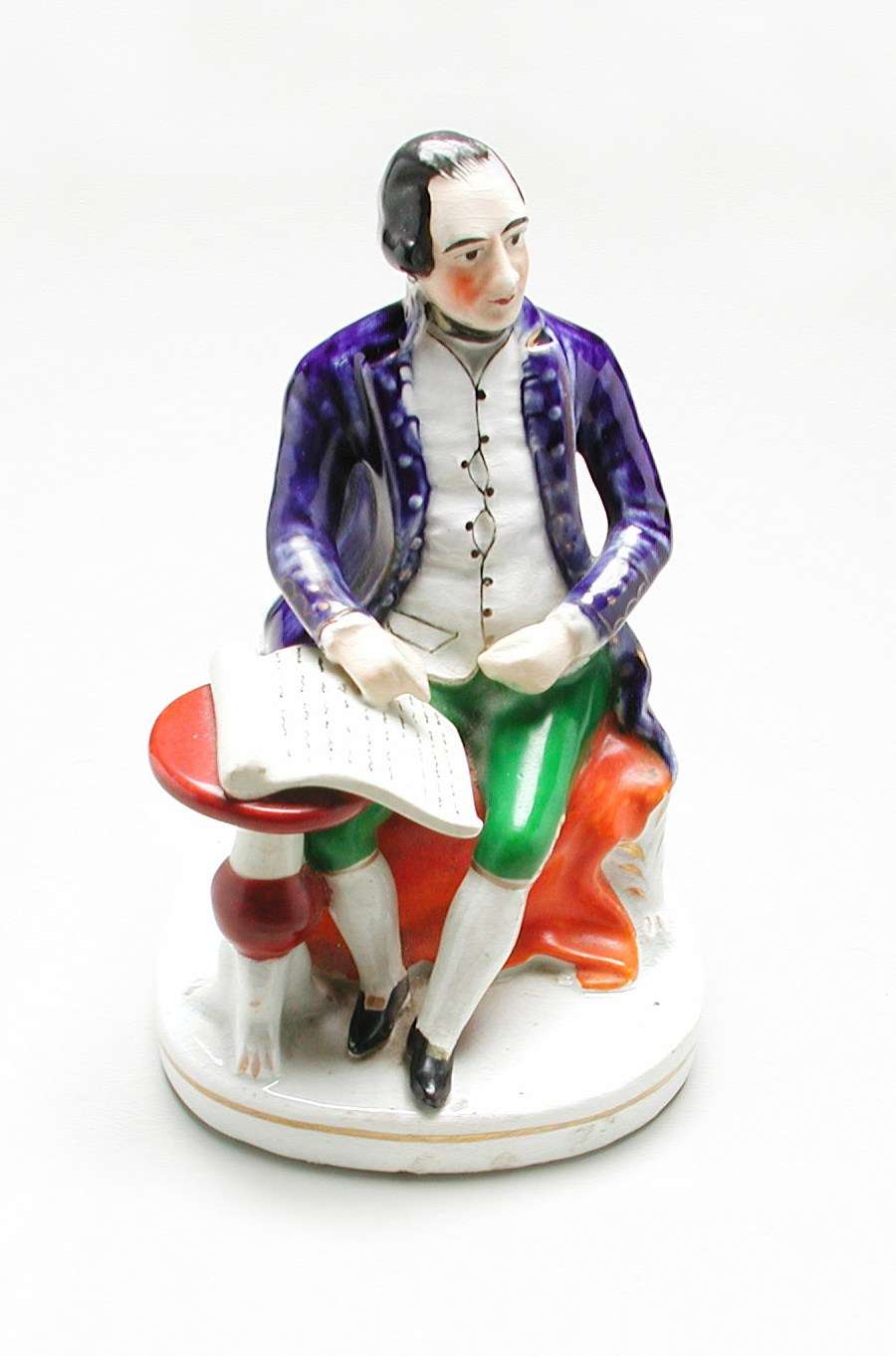 Captain James Cook became a celebrated figure after his death in 1779, and was commonly depicted in books, on plaques and posters. This glazed porcelain figurine of Captain Cook seated next to a round table and holding a chart was produced by the Alpha Factory in England around 1845. It was based on a portrait of Cook by Nathaniel Dance and would have been an expensive item to purchase at the time. High quality porcelain figures were popular items to decorate the home and often commemorated notable British personalities. The Alpha Factory was active between 1845 and 1851 and typically produced standing or seated porcelain figures. All their works required at least three moulds. This Captain Cook figurine was made from eight moulds and was one of the most complex pieces produced by them.

James Cook was born at Marton, North Yorkshire on 27 October 1728. By the age of 20 he was serving an apprenticeship at sea, gaining skills in navigation and mathematics under the coal shipper John Walker. In 1755 Cook joined the Royal Navy and was made master’s mate on HMS Eagle. Soon after he was promoted to master of the Pembroke and conducted survey work on the St Lawrence River in Quebec, and the coasts of Nova Scotia and Newfoundland. 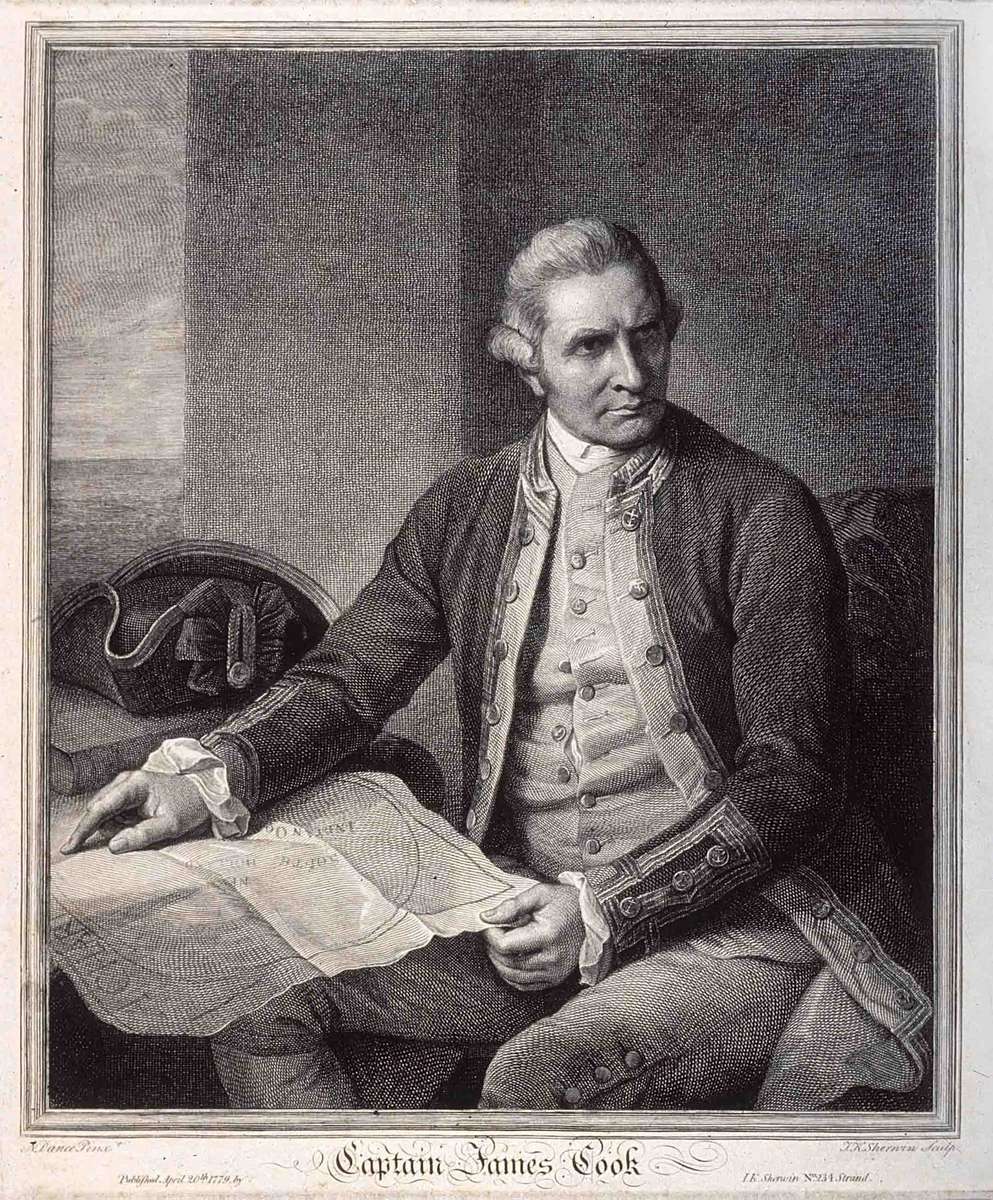 In 1768 Cook was chosen by the Admiralty to conduct an expedition to the Pacific in command of HMB Endeavour, to view the Transit of Venus and locate the Great South Land. He undertook two more voyages to the Pacific for the Admiralty, the second in command of Resolution and Adventure with the hope of still finding the Great South Land and the third in command of Resolution and Discovery to locate the elusive Northwest Passage. It was during this third voyage that Cook visited Hawaii, then called the Sandwich Islands and was killed on 14 February 1779 in an altercation with the Hawaiians.

His extraordinary seamanship skills and discoveries along with his tragic and violent death increased public interest in Cook and generated the production of a variety of souvenir mementoes over the ensuing centuries.

The Australian National Maritime Museum holds a range of objects in its collection relating to Captain James Cook, one of the most celebrated figures in Australia’s maritime history, which you can now browse on-line.