Heart on her Sleeve: A War Bride’s Jumper

It is estimated that between 12,000 and 15,000 Australian women married American servicemen during World War II. Some of the women emigrated from Australia and made a new life for themselves in the United States, while others returned to their homelands in the years after the war – with or without their husbands.

Audrey Capuano (nee Wesley) was one of these ‘war brides’ marrying Private First Class Angelo ‘Bob’ Capuano in August 1944. The couple met two years earlier at her home town of Strathalbyn, South Australia. Capuano had arrived in Australia after his convoy was diverted from New Guinea due to the battle of the Coral Sea. 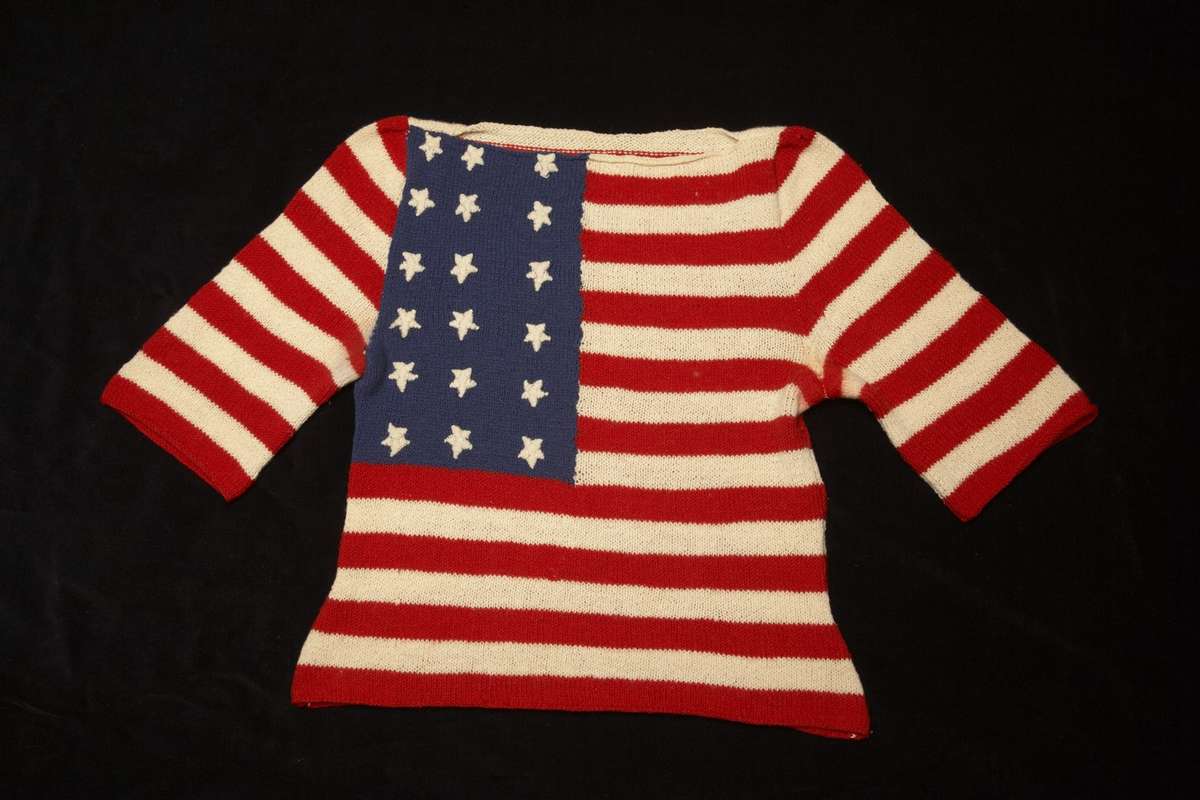 Audrey wasn’t able to secure a passage to the United States until April 1946, and during the long wait she knitted this wool jumper (00009354). In the style of the stars-and-stripes of the American flag, Audrey wore the jumper both departing Sydney on board SS Monterey and upon arrival in San Francisco. Audrey became the centre of media attention on the dock, and the American press hailed her as “Betsy Ross the Second” – after the legendary Philadelphia seamstress who made the first flag during the American War of Independence.

The couple settled in Pittsburgh, Pennsylvania where Audrey retained strong links with other Australian War Brides, setting up the local “Australian Wives’ Club”. She was married 29 years before Bob passed away in 1988. They had four children together, and Audrey still lives in Pittsburgh.

If you would like to read more about Audrey Capuano’s story, you can search our collection on-line. For more information on Australian ‘War Brides’, visit the museum’s on-line exhibition.